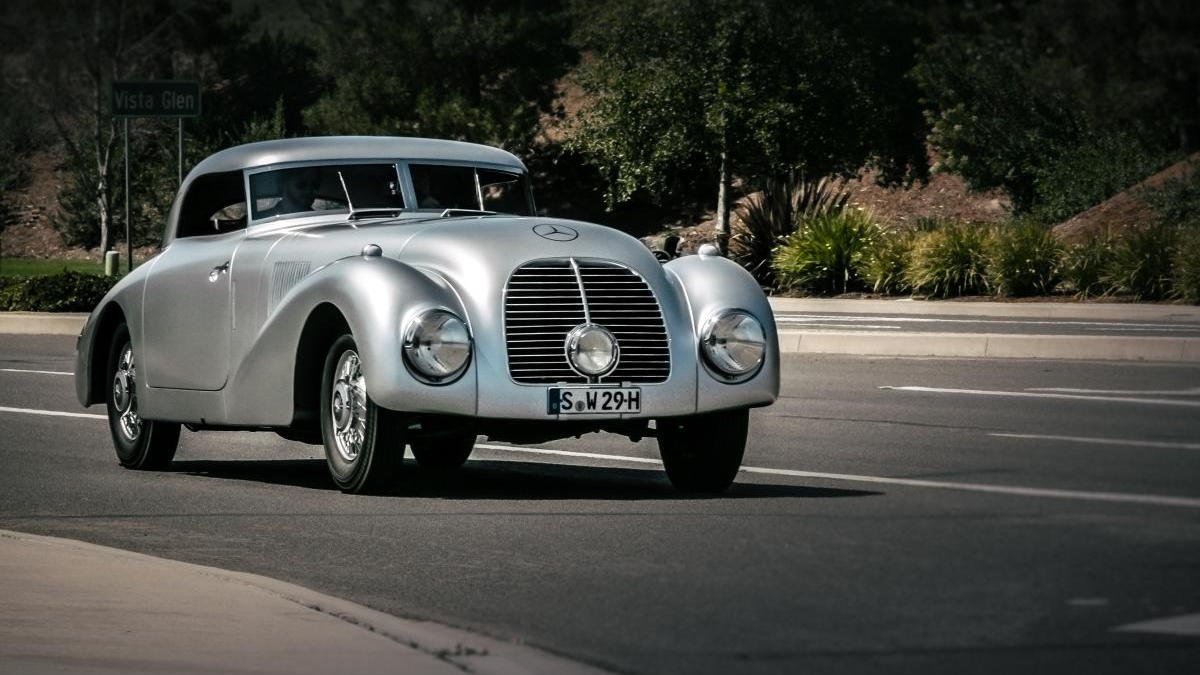 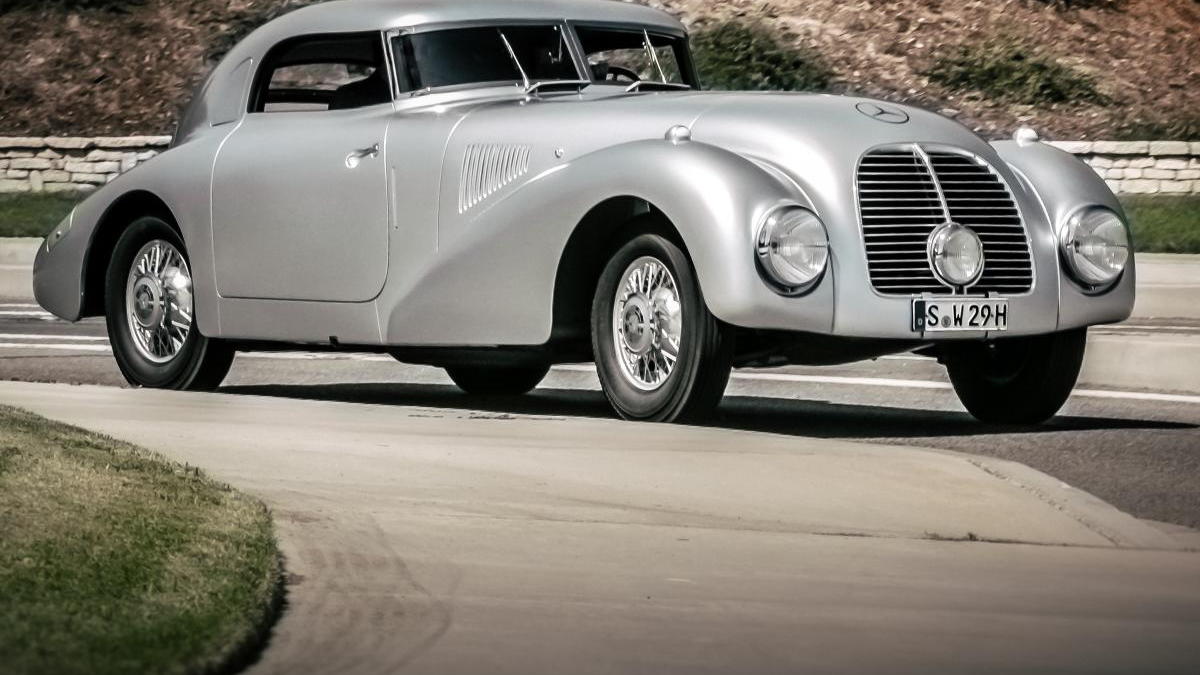 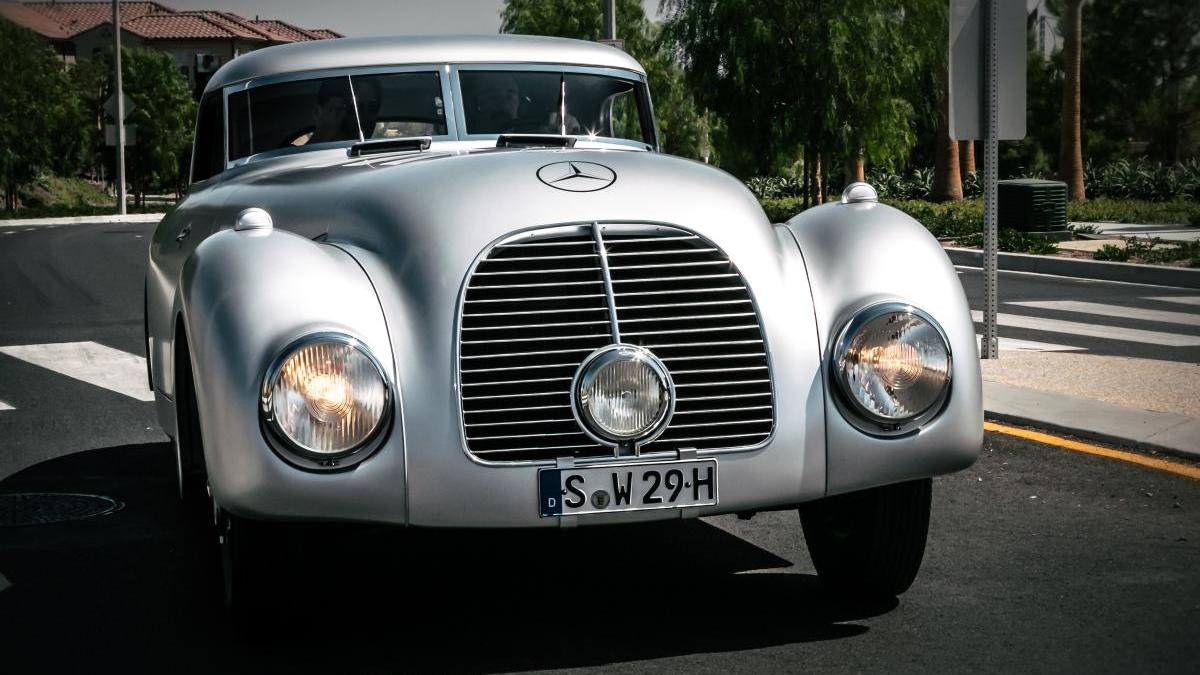 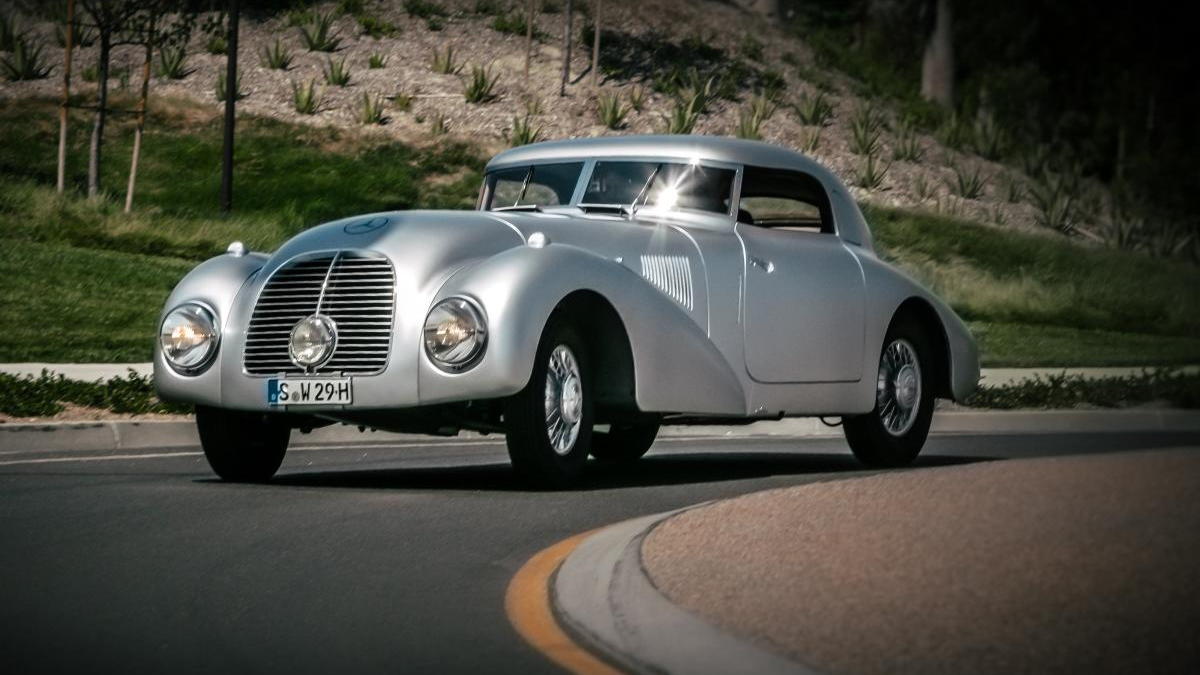 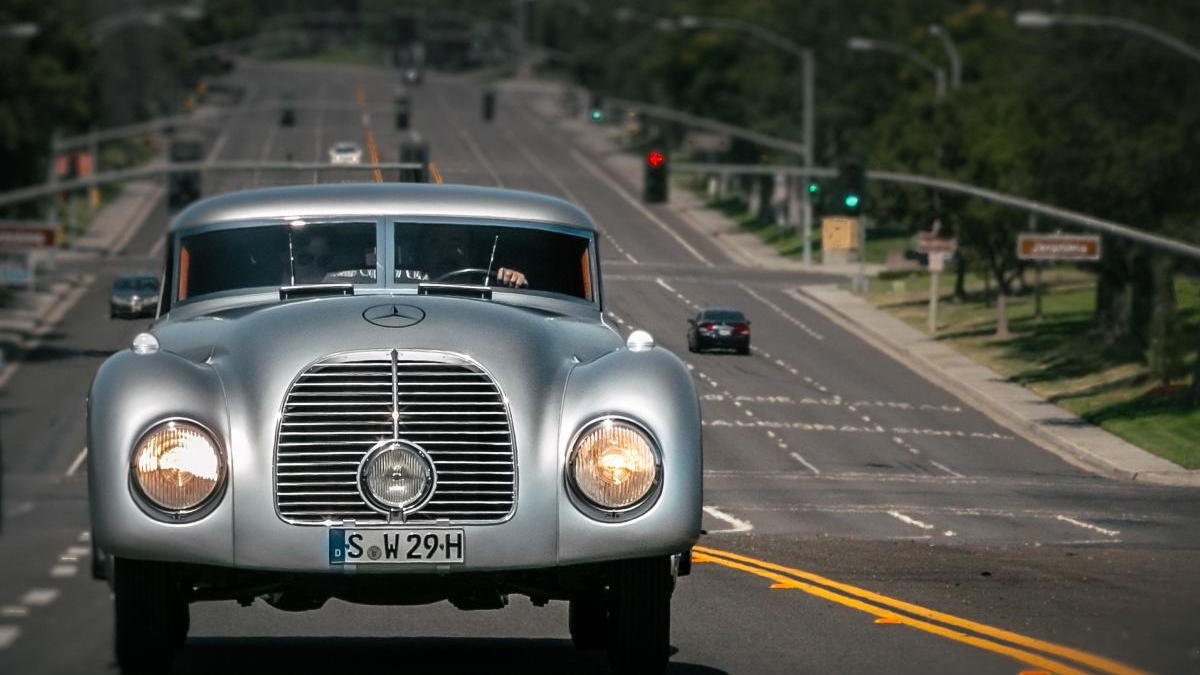 Most will recognize the Mercedes-Benz 540K as a large, elegant roadster with a trio of headlights at the front, a large chrome grille and flowing bodywork that wraps around a trunk-mounted spare wheel. But back in 1938, the German firm wrapped a single example of the 540K in a streamlined, lightweight aluminum body—and that car is going on display this weekend at the annual Pebble Beach Concours d'Elegance in Monterey, California.

It will be the first time the car has been seen in public at such an event, and the vehicle has undergone a long and arduous restoration to get it to where it is today. Like the regular 540K, the Streamliner is supercharged and was originally designed to mix comfort with speed on a planned long-distance race from Berlin to Rome in 1938. As with production 540Ks the Streamliner features a trio of lamps at the front, but from there the two cars could barely be more different.

The traditional Mercedes grille of the time made way for a more aerodynamic item, flush with the body. The Mercedes-Benz three-pointed star emblem normally sat on the top of the grille, but on the aluminum-bodied car it was simply painted on to improve aerodynamics. The car featured a low profile, a minimum of exterior details and even underbody paneling, something that has only recently returned to production vehicles in the pursuit of wind-cheating abilities.

The end result, and thanks to the powerful 180-horsepower 5.4-liter in-line-eight, was a top speed of 115 mph. Unfortunately, it never got to test its Berlin-to-Rome abilities thanks to postponement of the event and then cancellation when the Second World War began, but the car still found use as a test vehicle for Dunlop tires. After the war the body was dismantled and later rediscovered by Mercedes. The car appearing at Pebble Beach is the work of 4,800 hours of restoration work.

Taking slightly less time to build, though substantially quicker, Mercedes-Benz will also launch its 2015 S65 AMG Coupe at Pebble Beach. Twin-turbocharged rather than supercharged, and featuring 12 cylinders in a V rather than eight in-line, the S65 produces 621 horsepower and 738 lb-ft of torque. The car will make its showroom debut in late 2014.