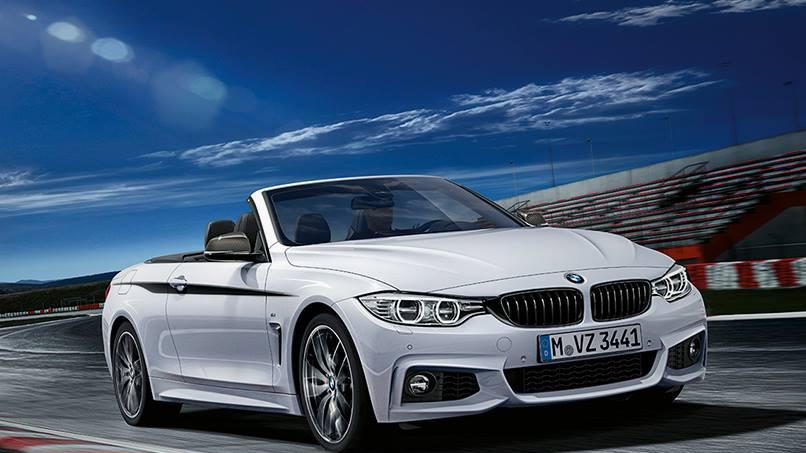 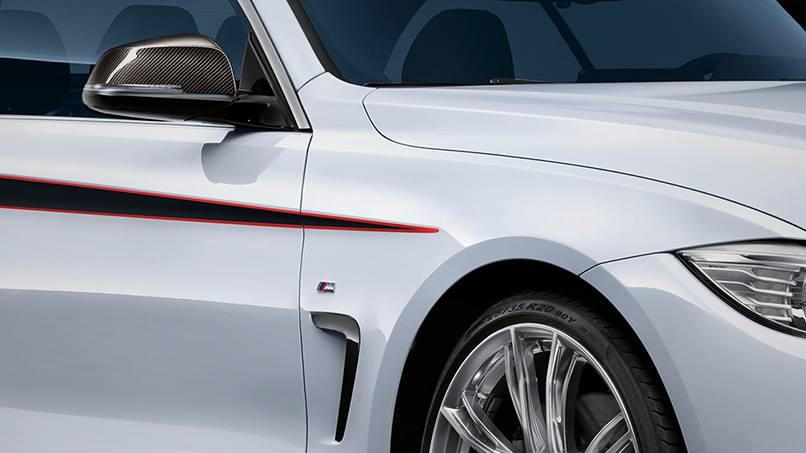 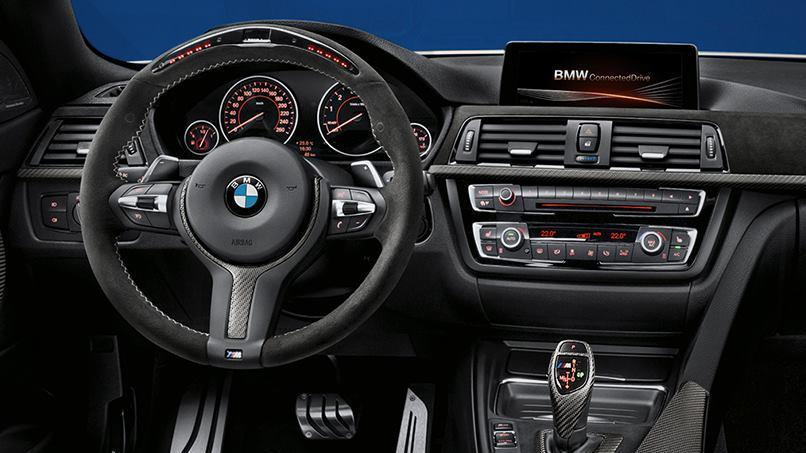 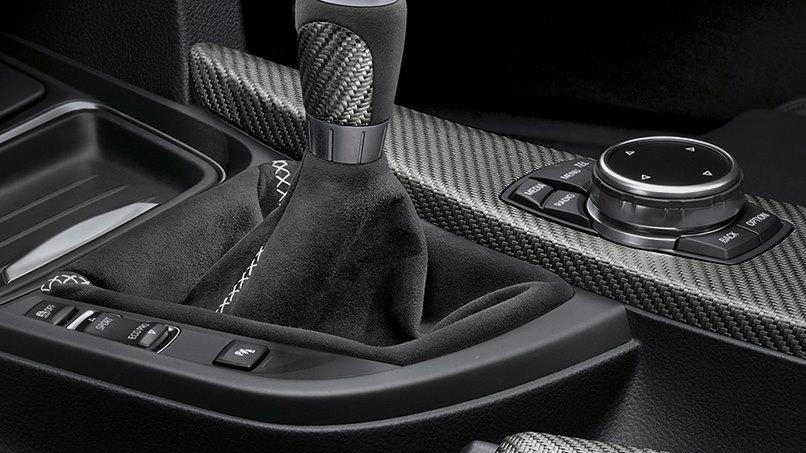 The 2014 BMW 4-Series coupe has already been treated to a batch of M Performance parts, and now it appears the 4-Series Convertible will get some as well. BMW has released photos of a 4-Series Convertible decked out in similar trim to the M Performance-equipped coupe unveiled last year. That means buyers can expect a series of aesthetic upgrades, as well as some that will meaningfully boost performance.

M Performance accessories are developed by the engineers at BMW M to the same standards used on the dedicated M cars. While they won't make the new M4 redundant, these parts create a middle ground between the standard 4-Series and the vaunted M car.

Assuming the package mirrors that of the coupe, 4-Series Convertible buyers will have access to items like a mechanical limited-slip differential, lowered suspension, upgraded brakes, and a sports exhaust system. The photos show a body kit that gives the convertible a little more attitude, and upgraded wheels and tires will probably be included too.

The convertible also sports the same black-trimmed twin-kidney grille as the coupe, and enlarged fender vents. A carbon fiber front splitter and mirror caps will reportedly be offered as well.

The interior will also get some aesthetic upgrades, including stainless steel pedal covers, Alcantara and carbon fiber trim, and the M Performance sports steering wheel.

A power-boosting M Performance engine kit is also a possibility, but this and other details of the M Performance line for the 4-Series convertible will be confirmed closer to the accessories' launch.