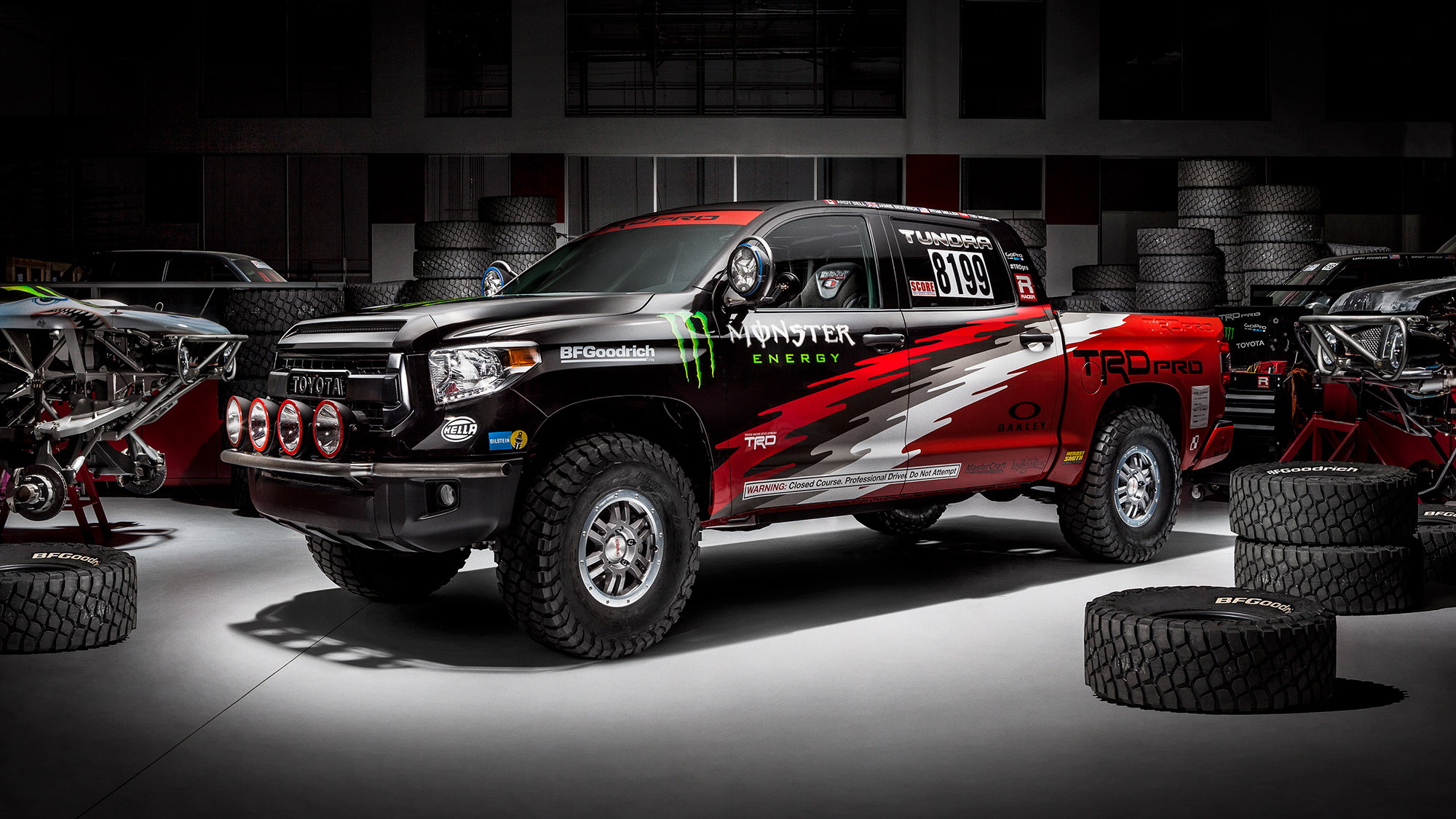 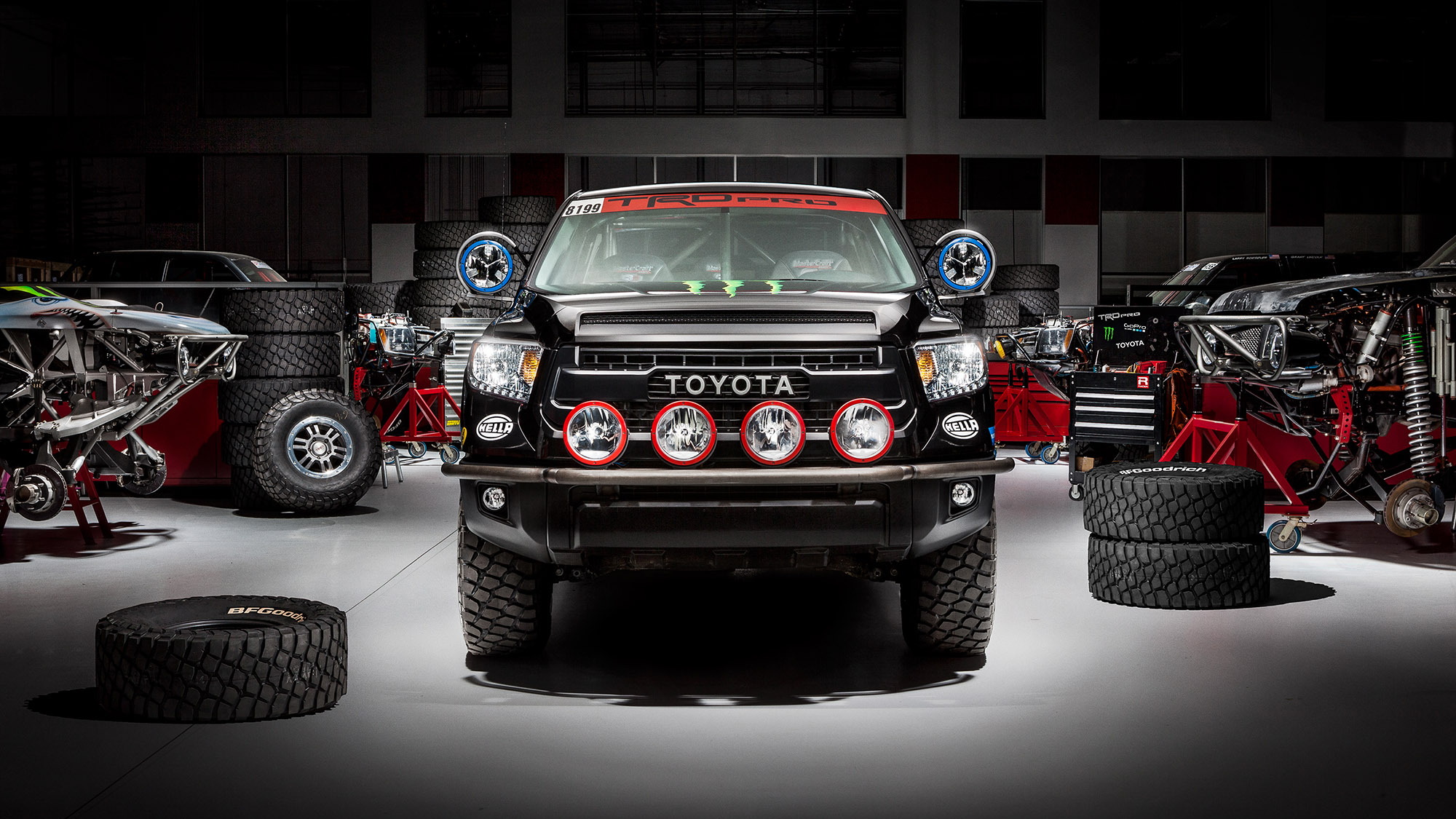 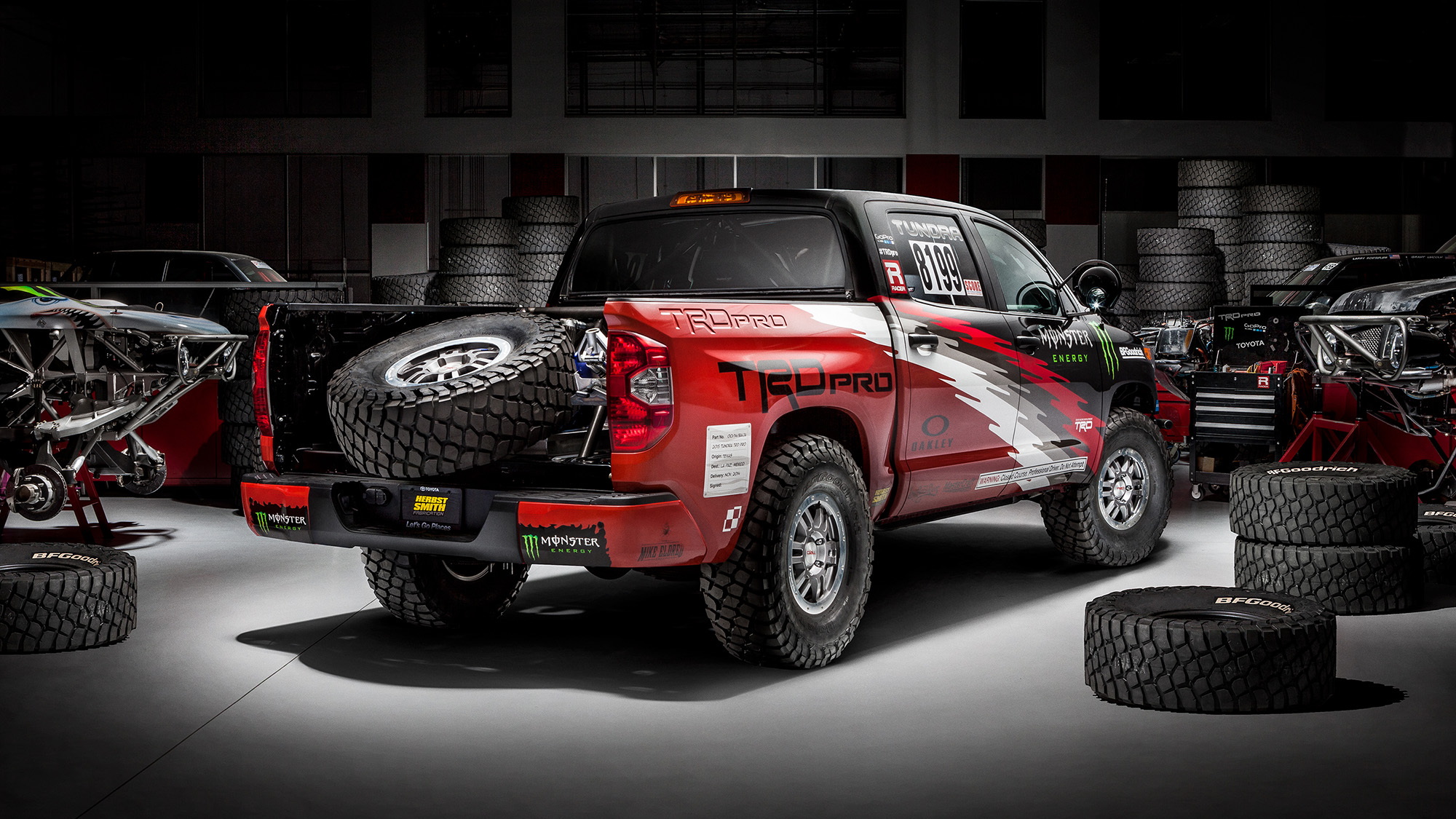 3
photos
The truck market is a tough one these days. There's lots of competition, and every automaker that produces a full-size pickup wants you to think that their ride is the toughest one out there.

What does that even mean though? What makes a truck tough? For some, a tough truck should be able to handle some rugged terrain and come out smiling on the other end. Toyota seems to feel this way too, because the automaker is ready to run its 2015 Tundra TRD Pro in the upcoming Tecate SCORE Baja 1000.

This will be the 47th running of the Baja 1000, and it will mark another belt notch for the TRD team that aggressively and successfully competes in the race. This latest truck certainly has a battle ahead of it, but it seems well suited to the task at hand. The new TRD Pro Series upgrades recently rolled out show that Toyota is eager to commit to the crowd that actually enjoys seeing his or her truck covered in dirt and mud.

The front and rear shocks and springs have been swapped out, as have the wheels, tires, and brakes. An upgraded exhaust and intake are also being used on this particular truck. Of course, seeing as this is a race vehicle, the standard required upgrades have been made as well. This means there's a roll cage, three racing seats, massively upgraded forward lighting, a larger fuel cell has been fitted, and a slew of radio and GPS systems have been installed.

Toyota has assembled a serious team for this challenge. The man in charge is Ivan "Iron Man" Stewart, who is serving as the coach for the entire team. Navigation duties are being handled by Toyota Truck Chief Engineer Mike Sweers, while driving duty is up to the four men picked for the race. This task falls to Ted Moncure, Andy Bell, Jamie Bestwick, and Ryan Millen. Moncure is TRD Design Engineer with Baja 500 and 1000 class wins to his name. Bell has also won the Baja 500. Bestwick is an X Games athlete who does amazing things on a bike, which is why he's won at X nine times. Finally, you should recognize Ryan's last name -- he's the son of legendary racer Rod Millen.

The team has a few more months of get-to-know-the-truck time as the race is in mid November. Still, this is no walk in the desert park, and the entire crew has a hard road ahead of them.