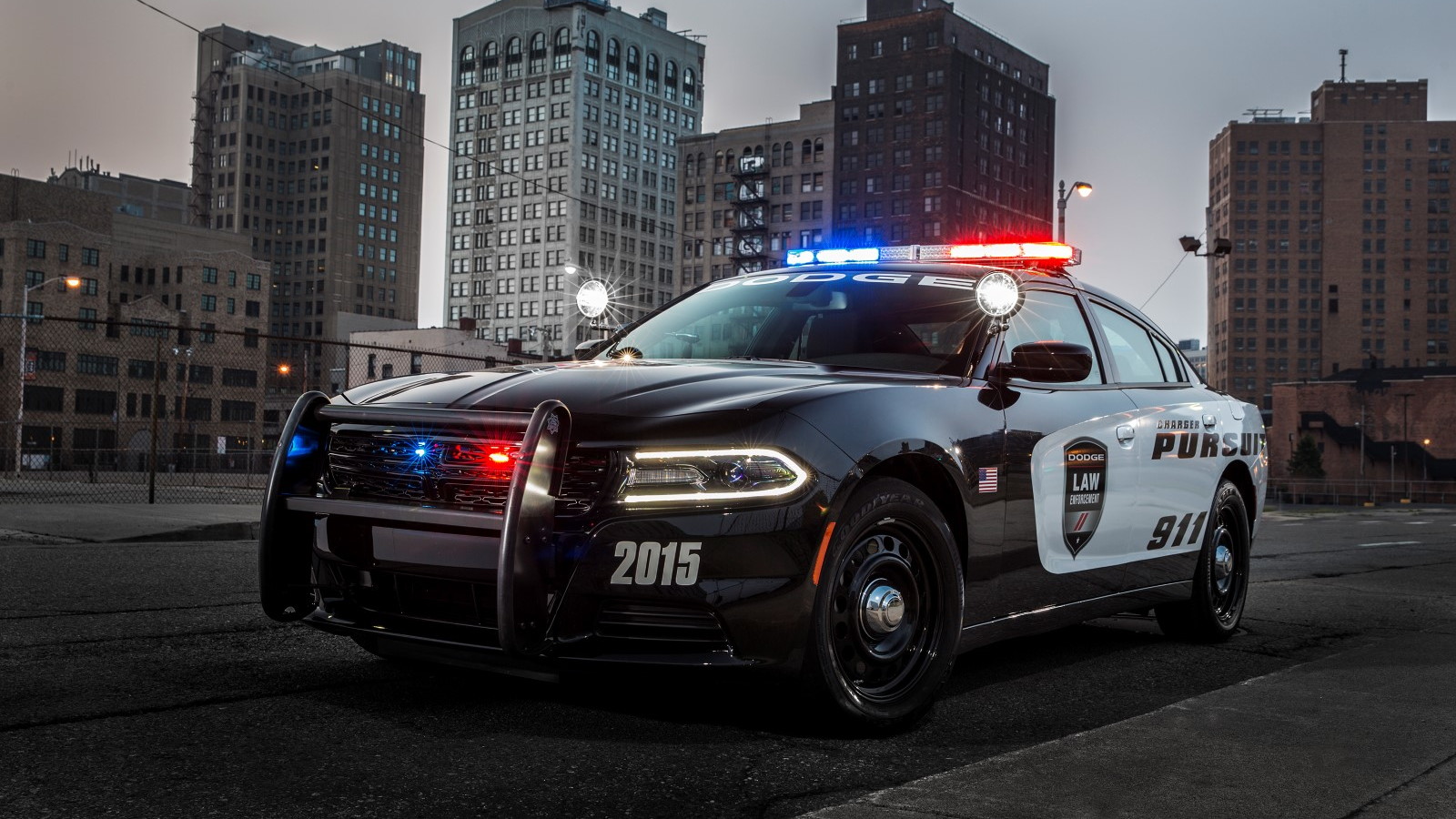 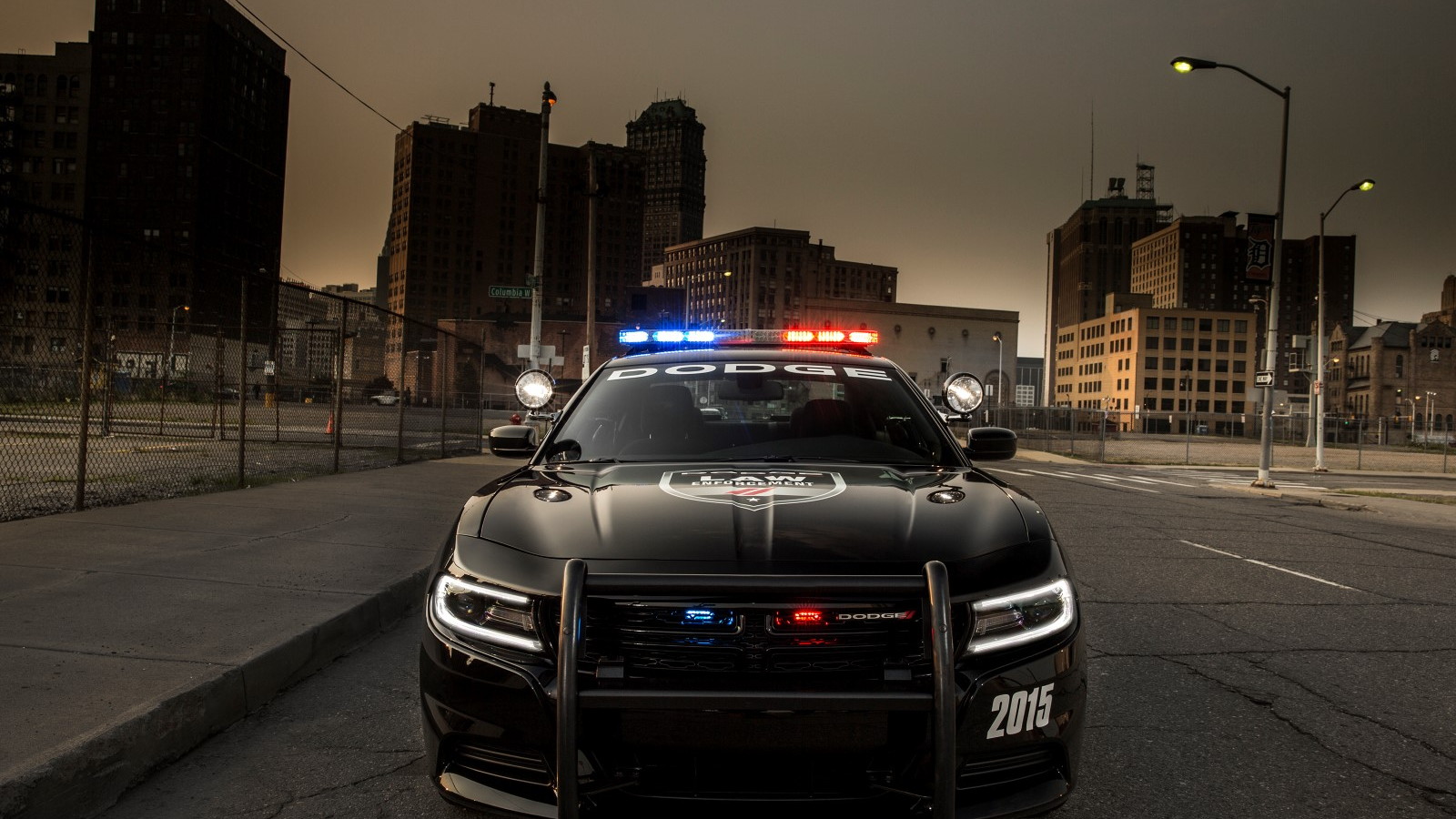 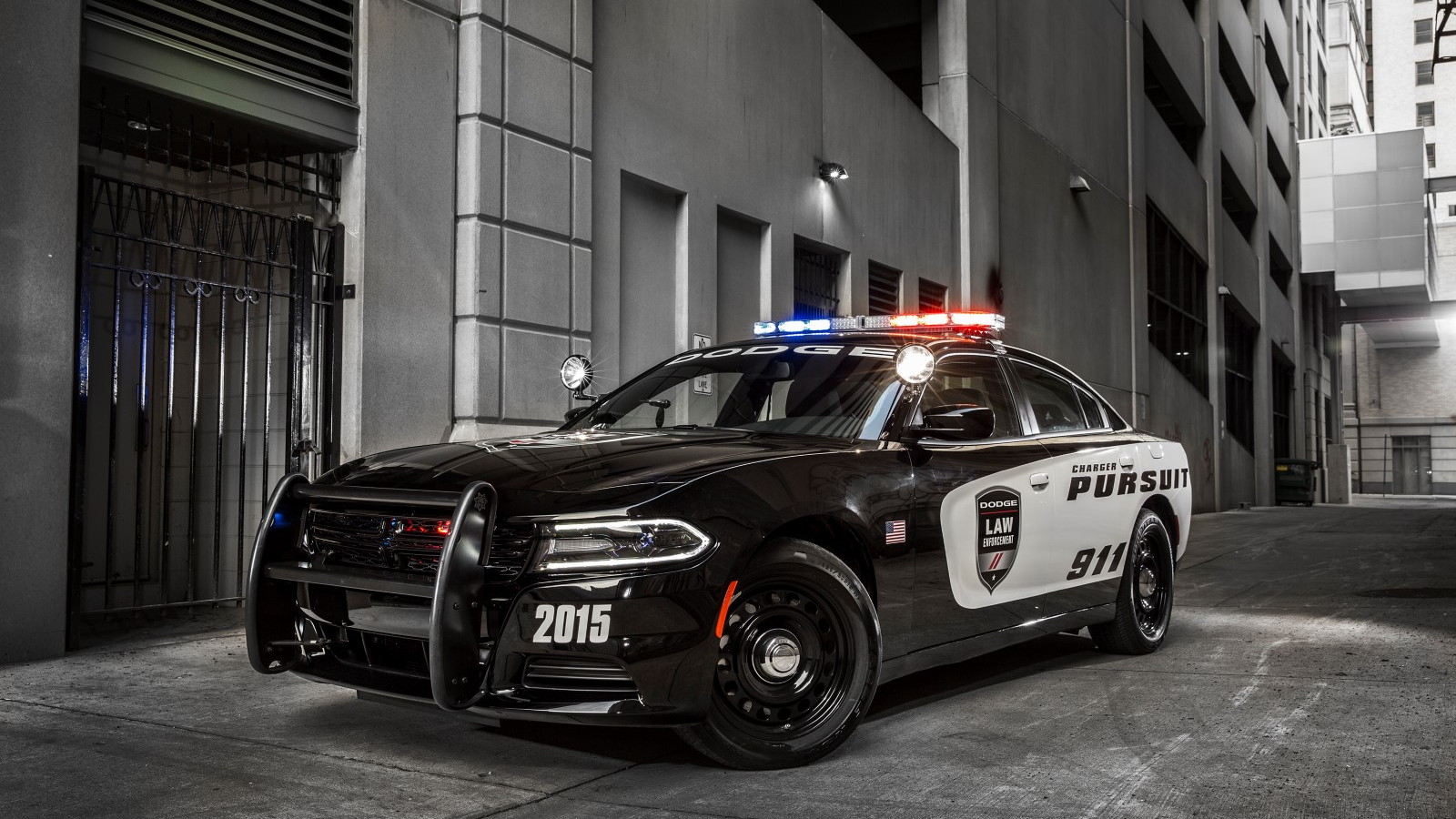 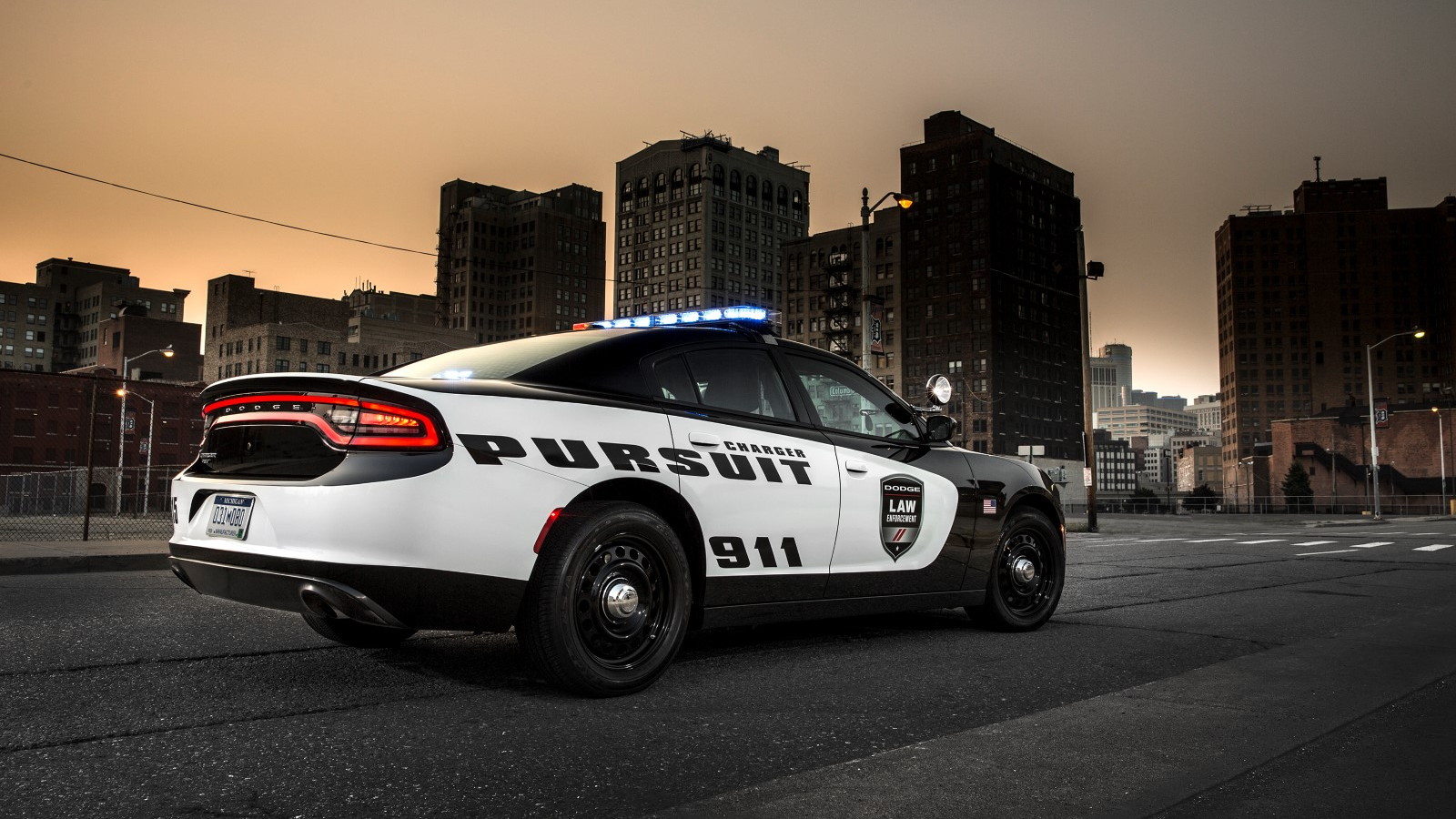 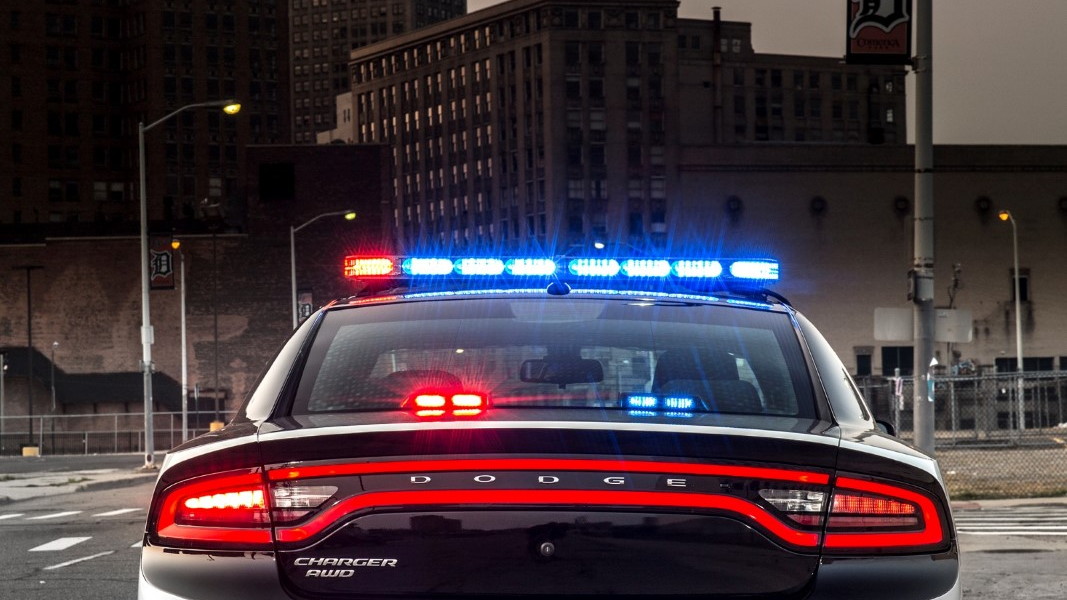 Study the front end of this car very, very closely--because you'll soon be watching out for it in your rearview mirror. Chrysler has released details and images of the 2015 Dodge Charger Pursuit, the latest iteration of its four-door muscle car designed for police use.

As with the regular production 2015 Charger, the Pursuit adopts all the latest styling cues, from LED daytime running lights at the front to the Charger's distinctive 'racetrack' LED lamp signature, a ribbon of lights that winds its way around the entire rear lamp cluster. In side profile it has the same scalloped sides which evoke memories of the earliest Charger models and at the front there's the latest interpretation of the brand's 'crosshair' grille.

Not that you can see it clearly, of course--one, because it's painted in the same shade of black as the grille itself. And two, because it sits behind a hefty nudge bar ready to tip society's unsuspecting underworld into a pirouette at the first opportunity. It also gets other police-standard features such as a bright LED light bar, spot lamps, 18-inch steel wheels with performance tires, beefed-up brakes and suspension and in this case, load-leveling shocks.

Forces can choose between either a 3.6-liter Pentastar V-6 (the economy choice) or a 370-horsepower, 390 pound-foot HEMI V-8, making it the best-performing police-spec car on the market. 60 mph comes up in under six seconds, while it'll still cruise on the highway at 26 mpg thanks to cylinder deactivation technology. All the while, the officers inside can enjoy standard Charger creature comforts--though the cabin does feature a few police-specific changes, such as a column-mounted shifter to free up console space. Oh, and the option of ballistic door panels and steel-backed front seats--you never know.

Despite all this cool kit, it's definitely one car you hope you'll never have to get too close to. That is, until they wind up on the used market for heavily discounted prices...