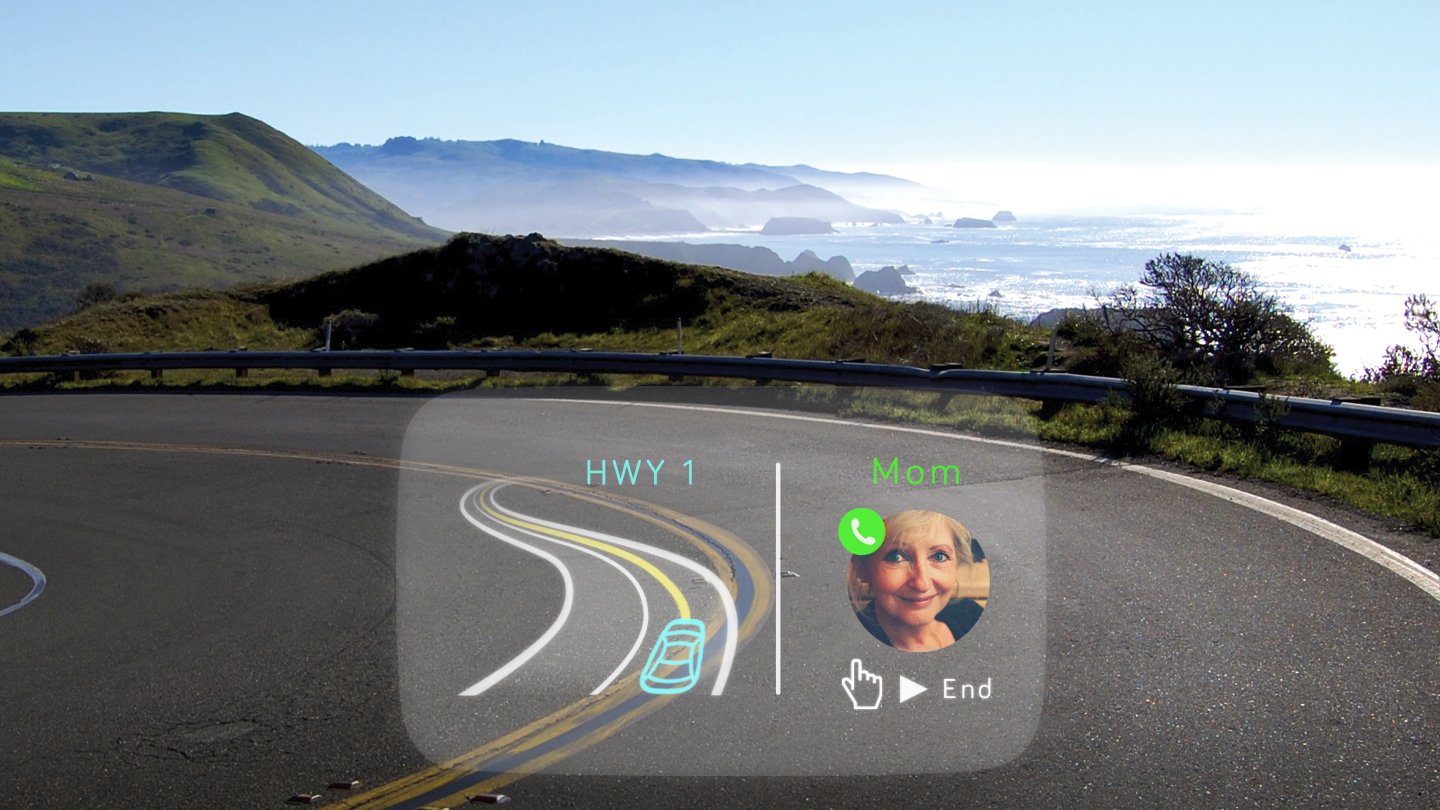 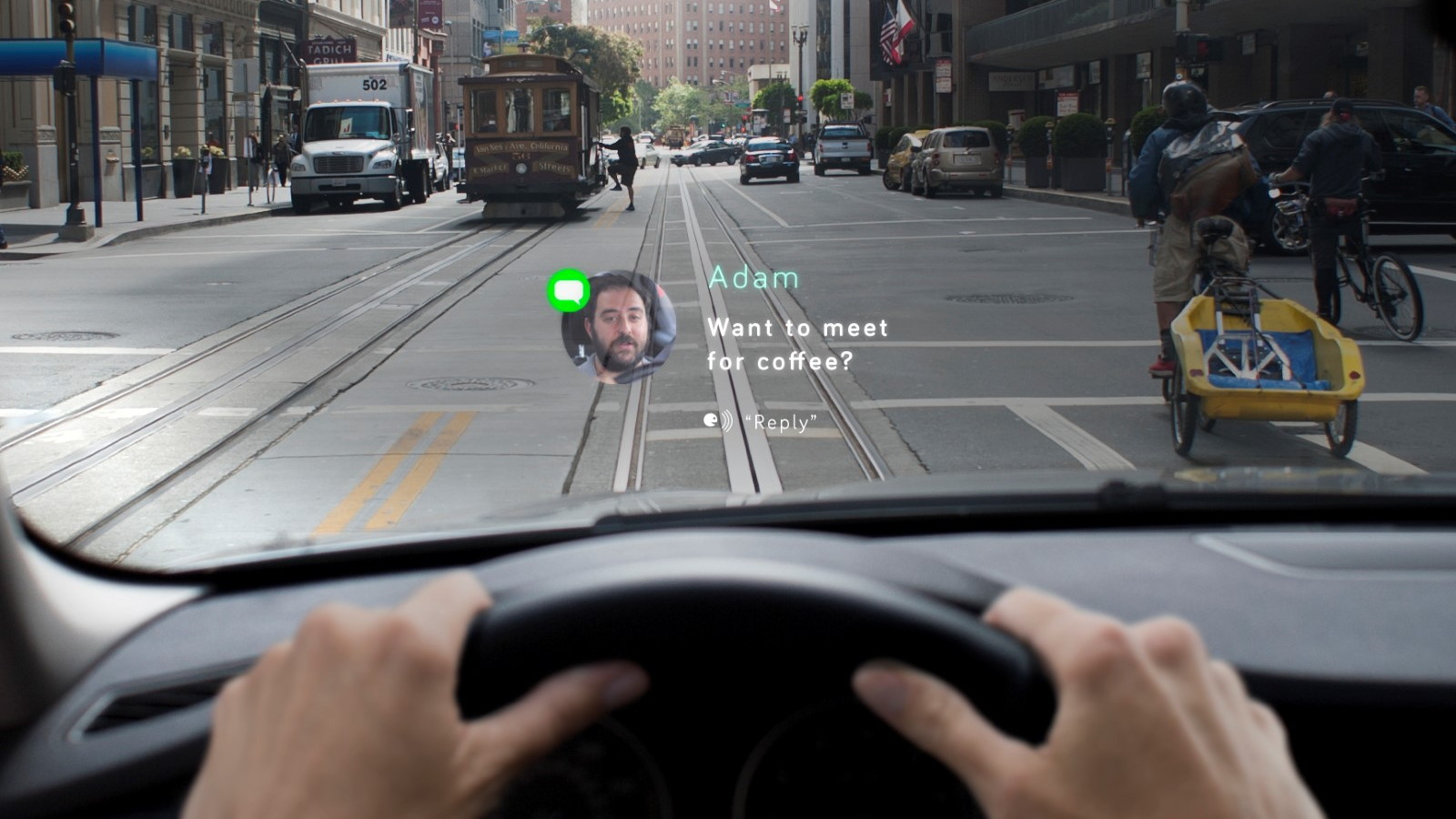 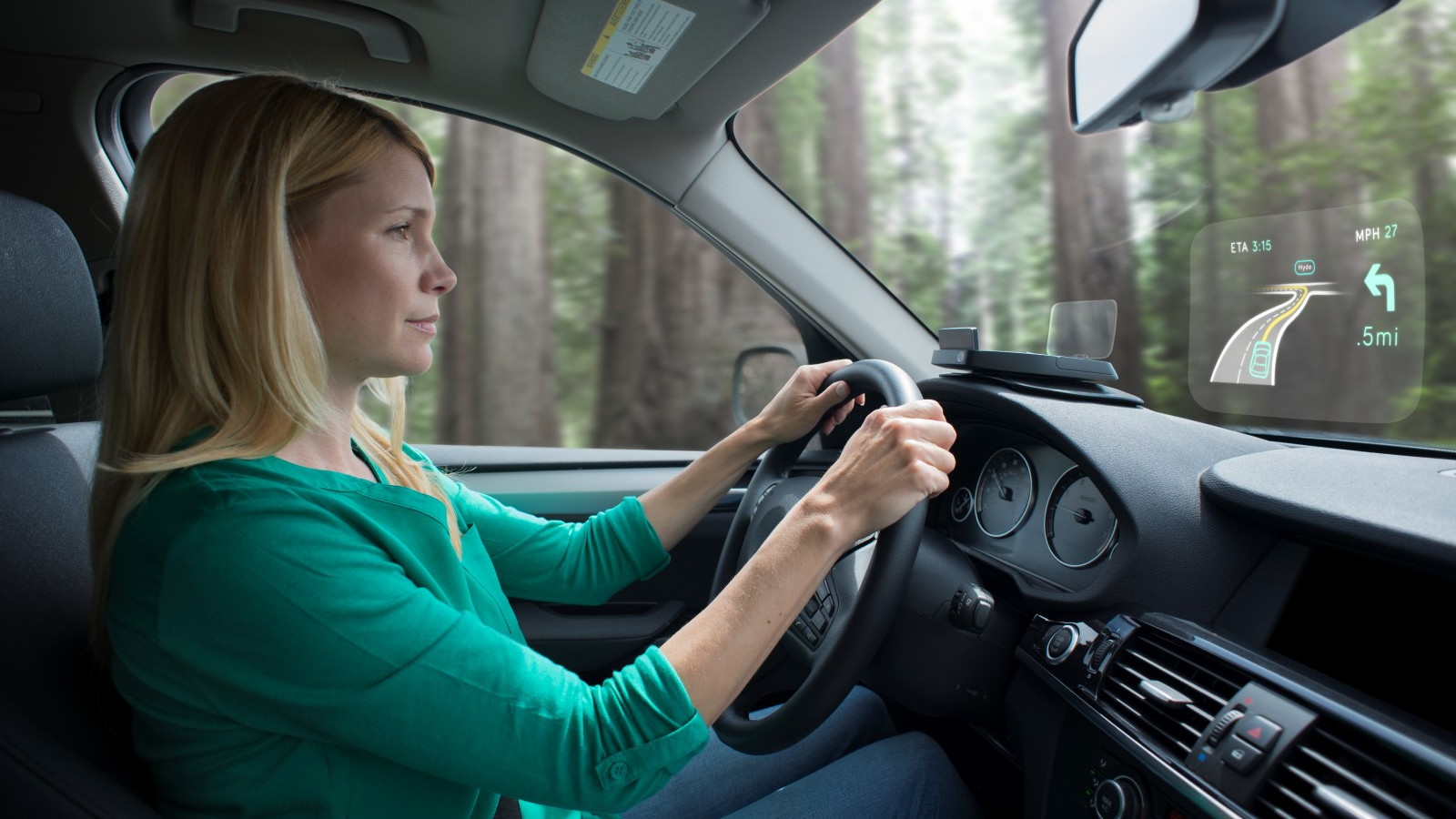 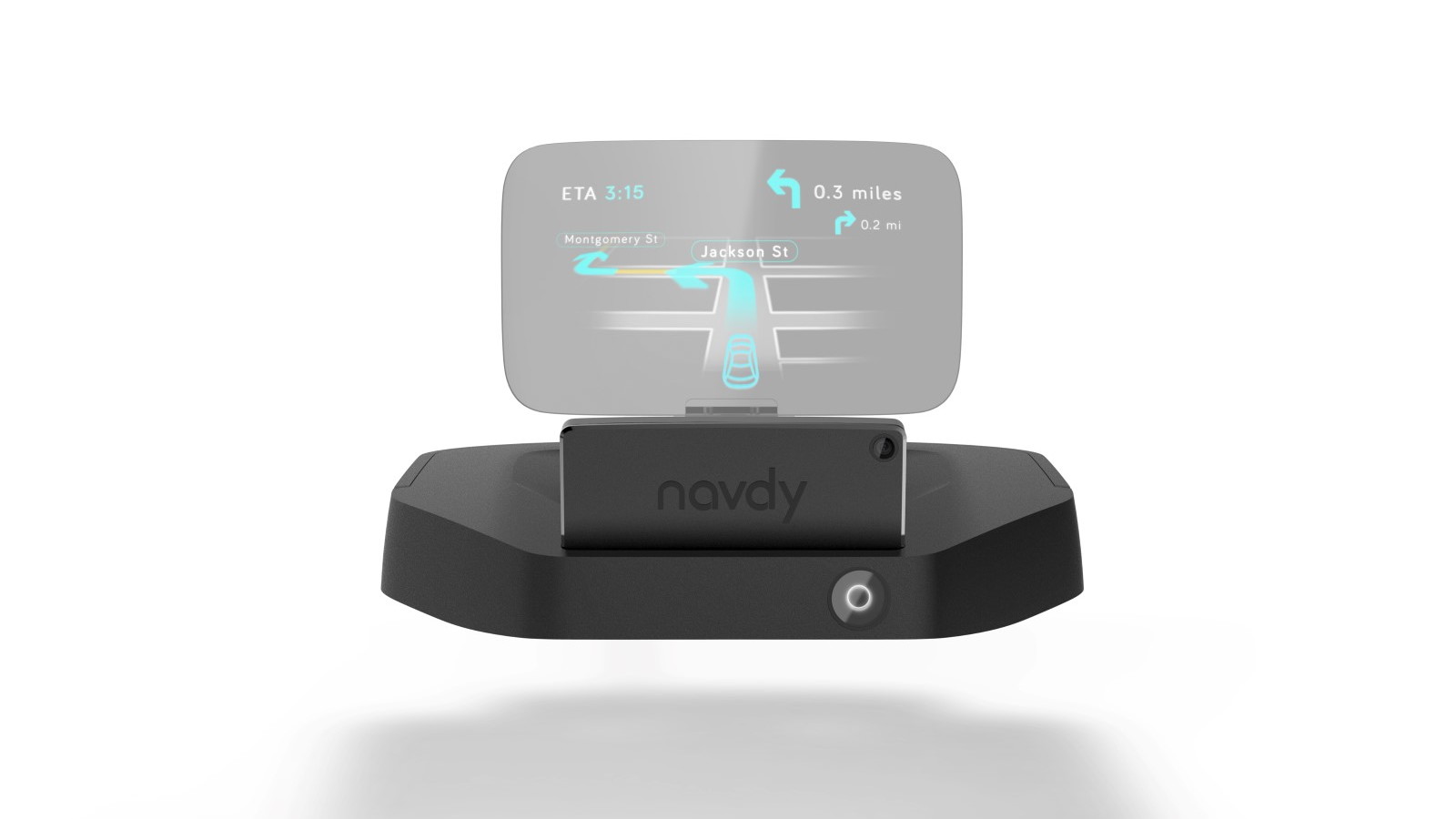 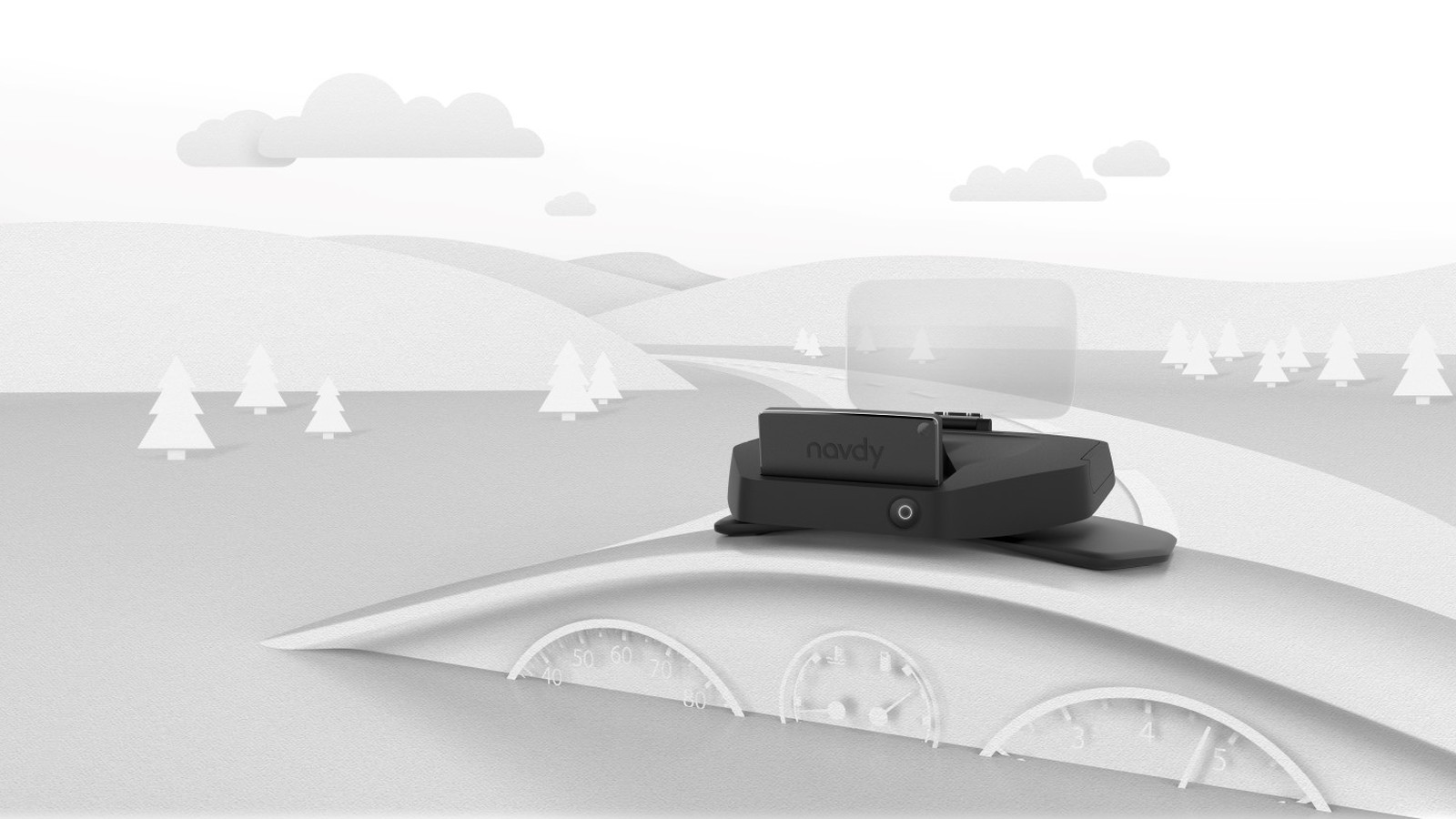 Head-up displays (HUDs) are the preserve of high-end, expensive vehicles, right? Well, yes actually, though like most high-end tech it only takes time and perhaps a little persuasion from the aftermarket to help it filter downwards. It happened for satellite navigation and now it's happening with HUDs.

Navdy is a head-up display system you can take anywhere and transfer to any car. At a basic level, that means the little portable device with its flip-out screen can put your speed in plain view, rather than relegating it to a little dial in your instrument cluster. As anyone who has ever used a head-up display will tell you, it's such a clear, useful feature that you'll barely ever look at your traditional gauges again. By plugging it in to your car's OBD II port, it relays speed as accurately as your regular speedometer.

The benefits of Navdy don't stop there, however. The company pitches it as a safer way of handling calls and text messages too. Not only does it operate as a hands-free phone device—you simply pair it with your Android or iOS smartphone and go—but it uses gesture and voice commands to operate its functions. Navdy's video illustrates this by using a thumbs-up to answer a call and a swiping motion to end it.

Smartphone pairing means Navdy can also access other applications—whether you plan to use Google maps for directions, listen to a few tunes via Pandora, Spotify or Google Music, or display messages from Twitter and Facebook. In addition to these smartphone-accessed functions, the OBD connection means secondary car information like remaining range and even battery voltage can be displayed.

Like early portable sat-navs, it isn't cheap—299 at a pre-order price (available until September 4) and $499 thereafter. However, you can save a little extra money by referring friends—with a ten percent refund for every referral, you could feasibly get a Navdy entirely free. Either way, early adopters will be able to "drive the future" in Navdy's words—and for everyone else, it's sure to expedite the adoption of head-up displays in all manner of other vehicles too.

Note, Navdy isn't the first with such technology. Garmin revealed a similar system a year ago.