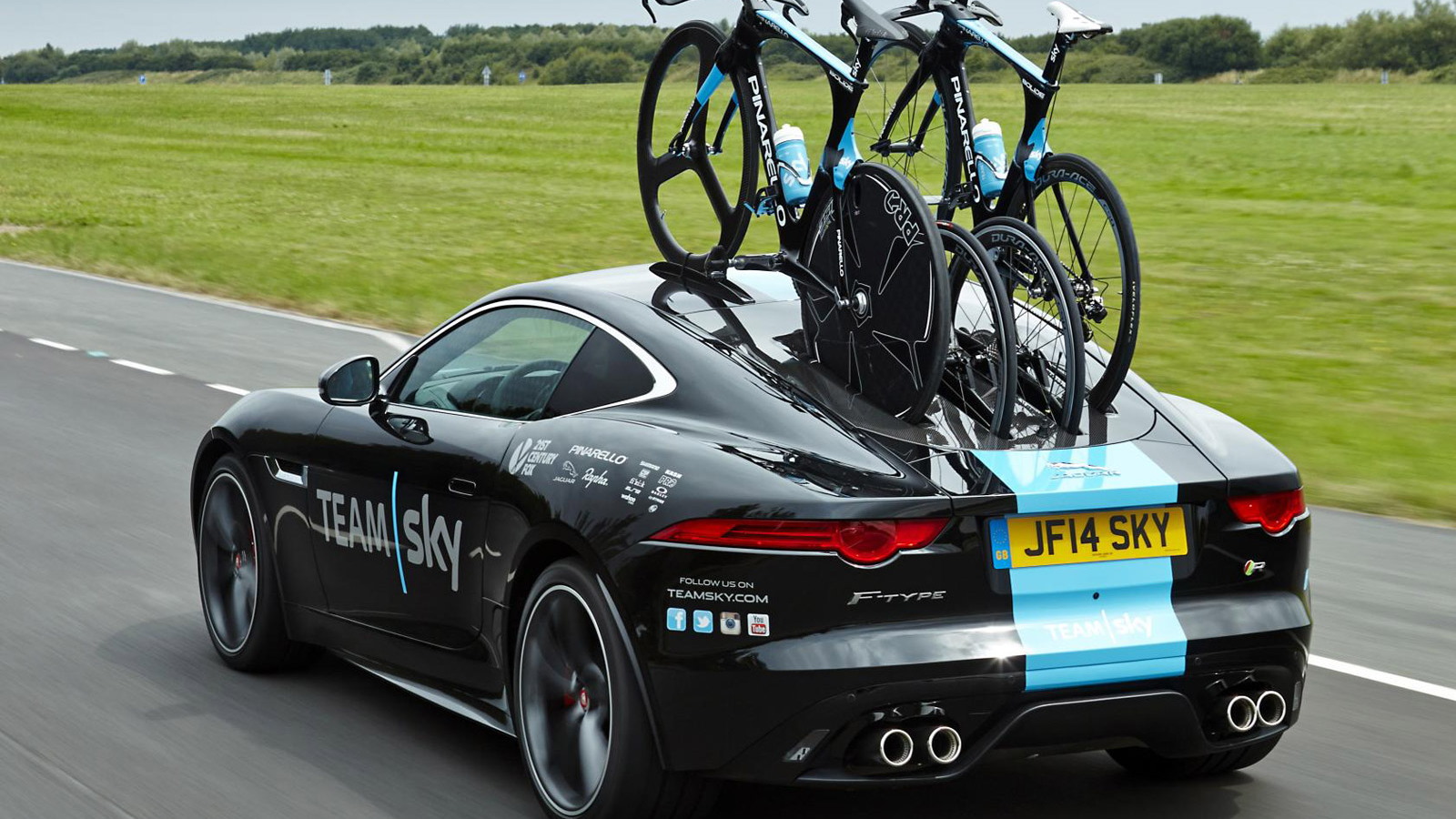 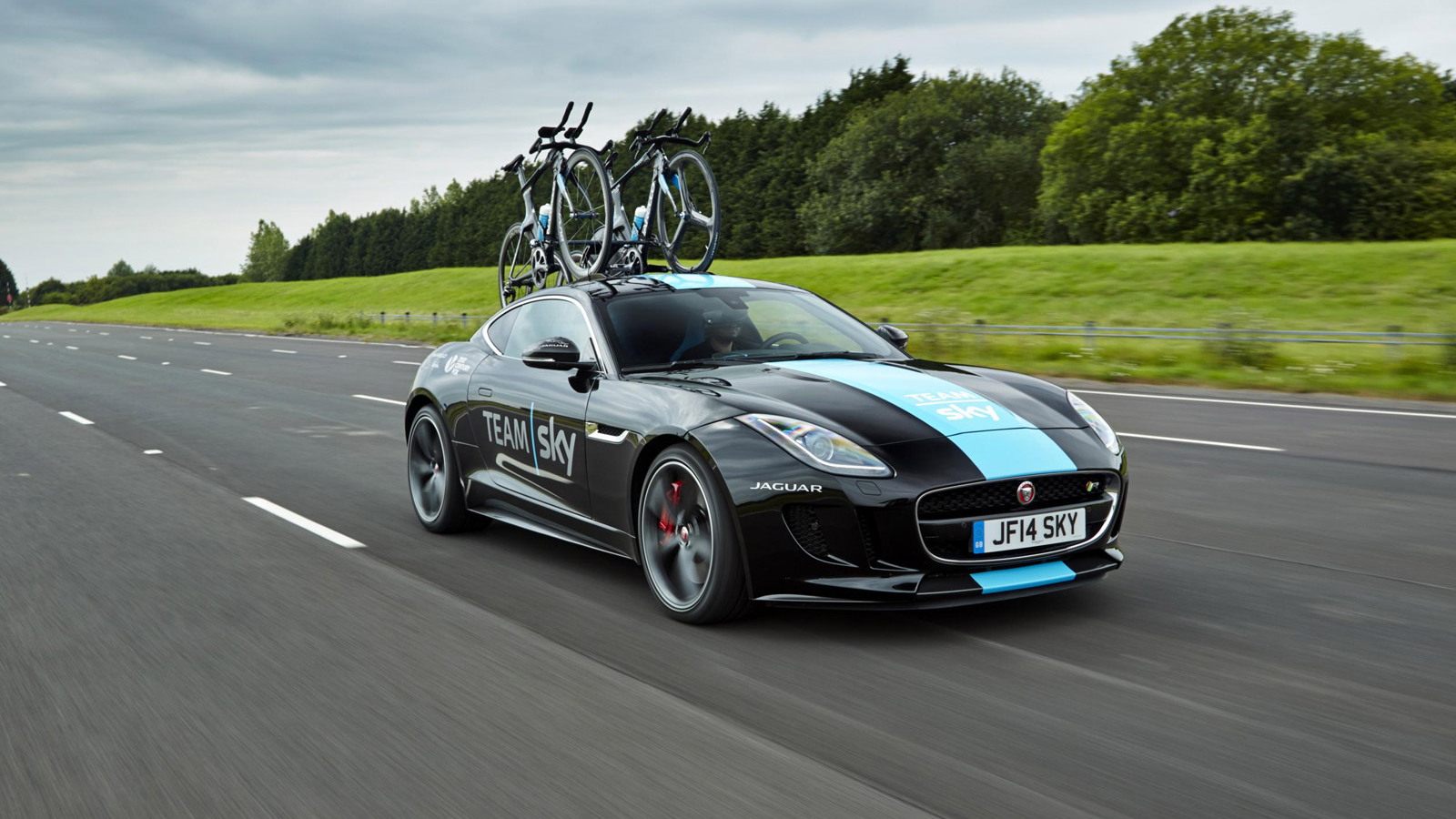 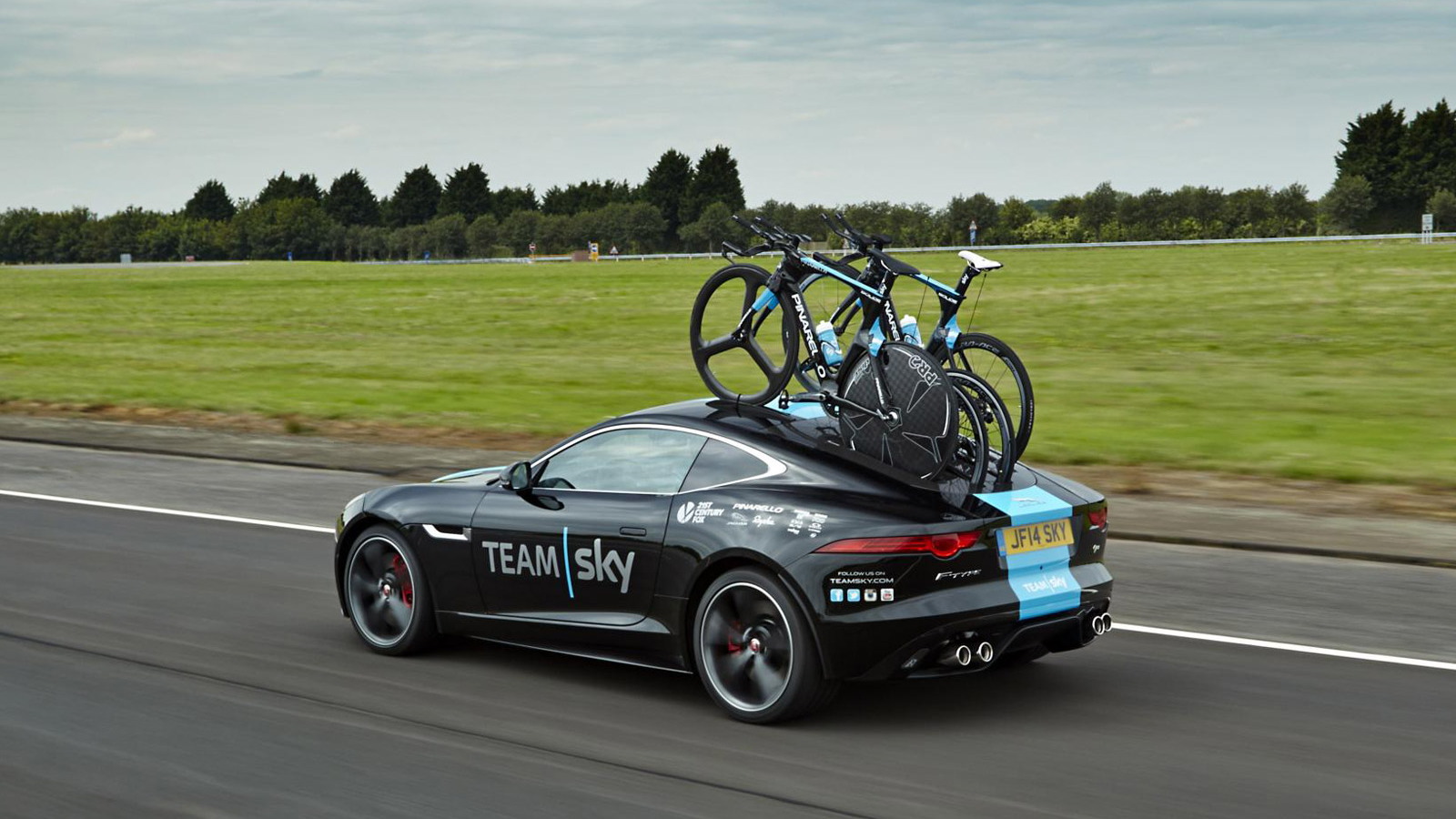 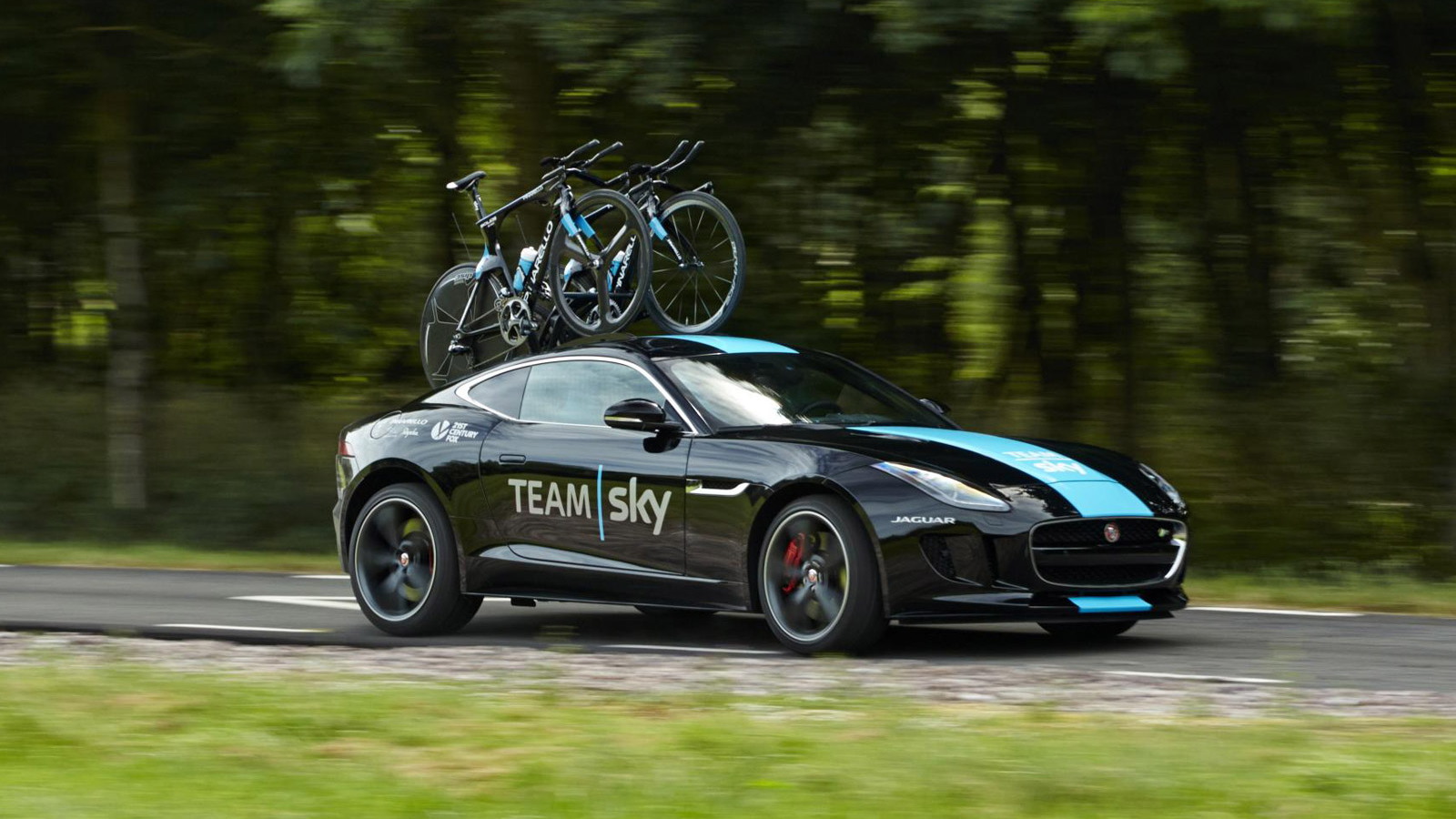 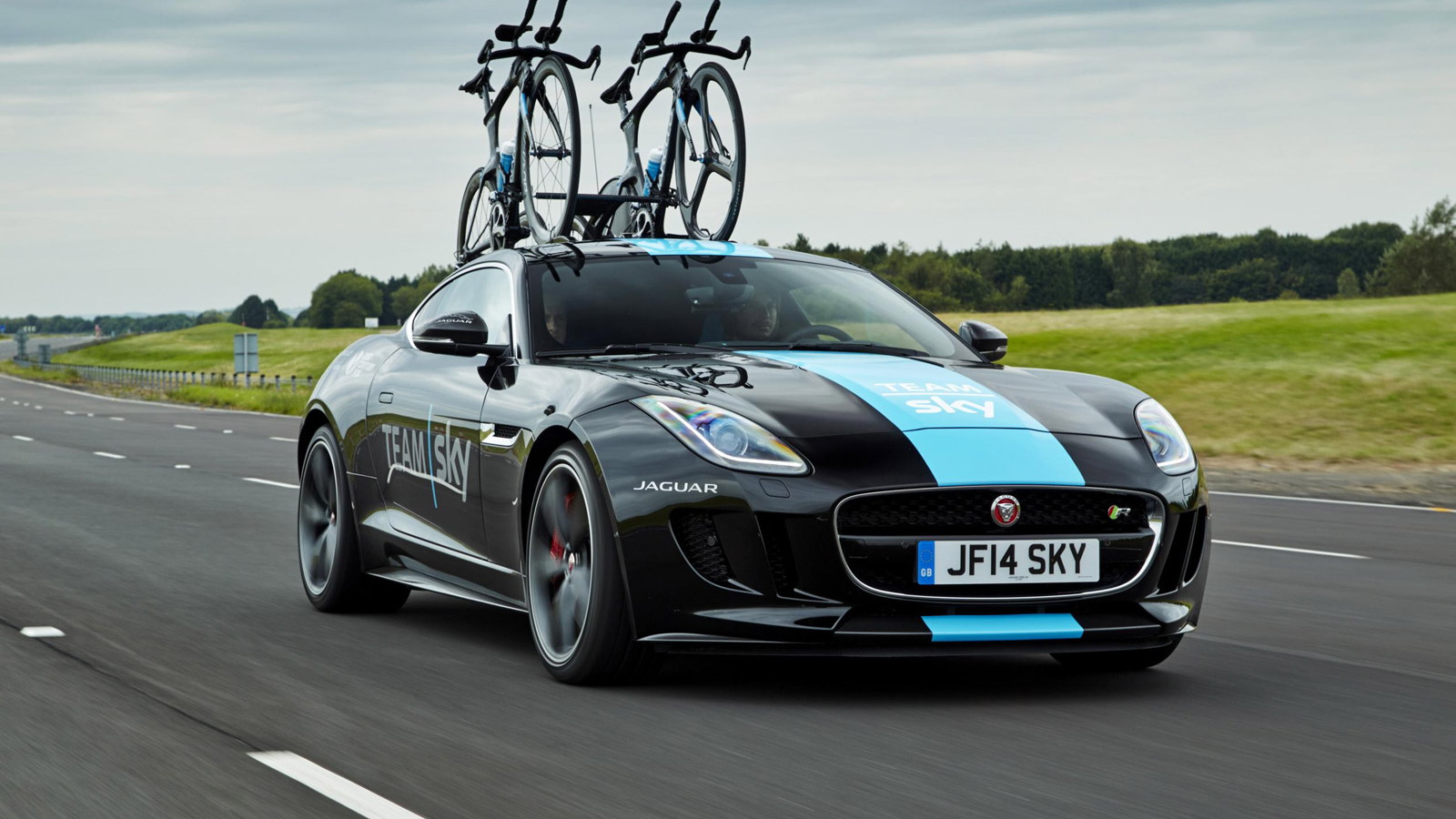 Jaguar has revealed the second completed vehicle to be developed by its new Special Vehicles Operations, and this one’s even wearing the new SVO logo of the personalization department. The vehicle is a bespoke F-Type that not only celebrates Britain’s Team Sky cycling squad competing in the Tour de France, but also further showcases the talents of the men and women at SVO.

The bespoke F-Type will be used as a support vehicle for Team Sky during Stage 20 of the Tour de France, which will see riders traverse from Bergerac to Périgueux. It’s based on the F-Type R Coupe and isn’t destined for production, although elements from the car can be commissioned for private projects.

Bespoke features include a new racking solution, which carries two of the team’s Pinarello Bolide TT bikes. The vehicle exterior is finished in Team Sky’s livery and similar themes are used in the cabin.

Further specifications include a separate electric supply in the trunk which provides power to the radios, amplifiers, microphones, horns and televisions which support communications between managers and the riders. One of the coolest features is the digital rearview mirror, which allows the driver to see out the back even with the rear window blocked by the bike racks.

Other SVO vehicles include the stunning F-Type Project 7 and the upcoming Range Rover Sport SVR from Land Rover.