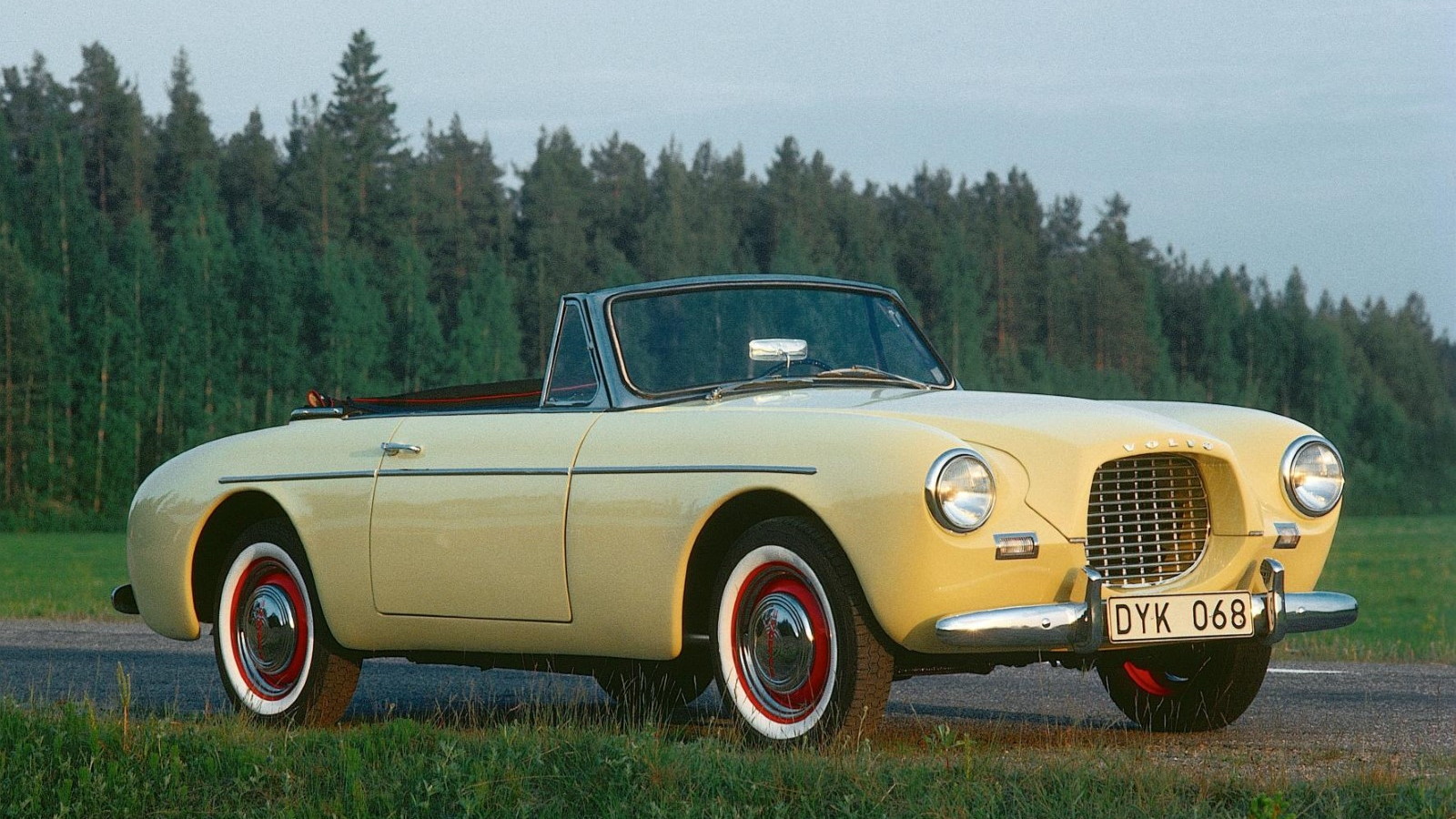 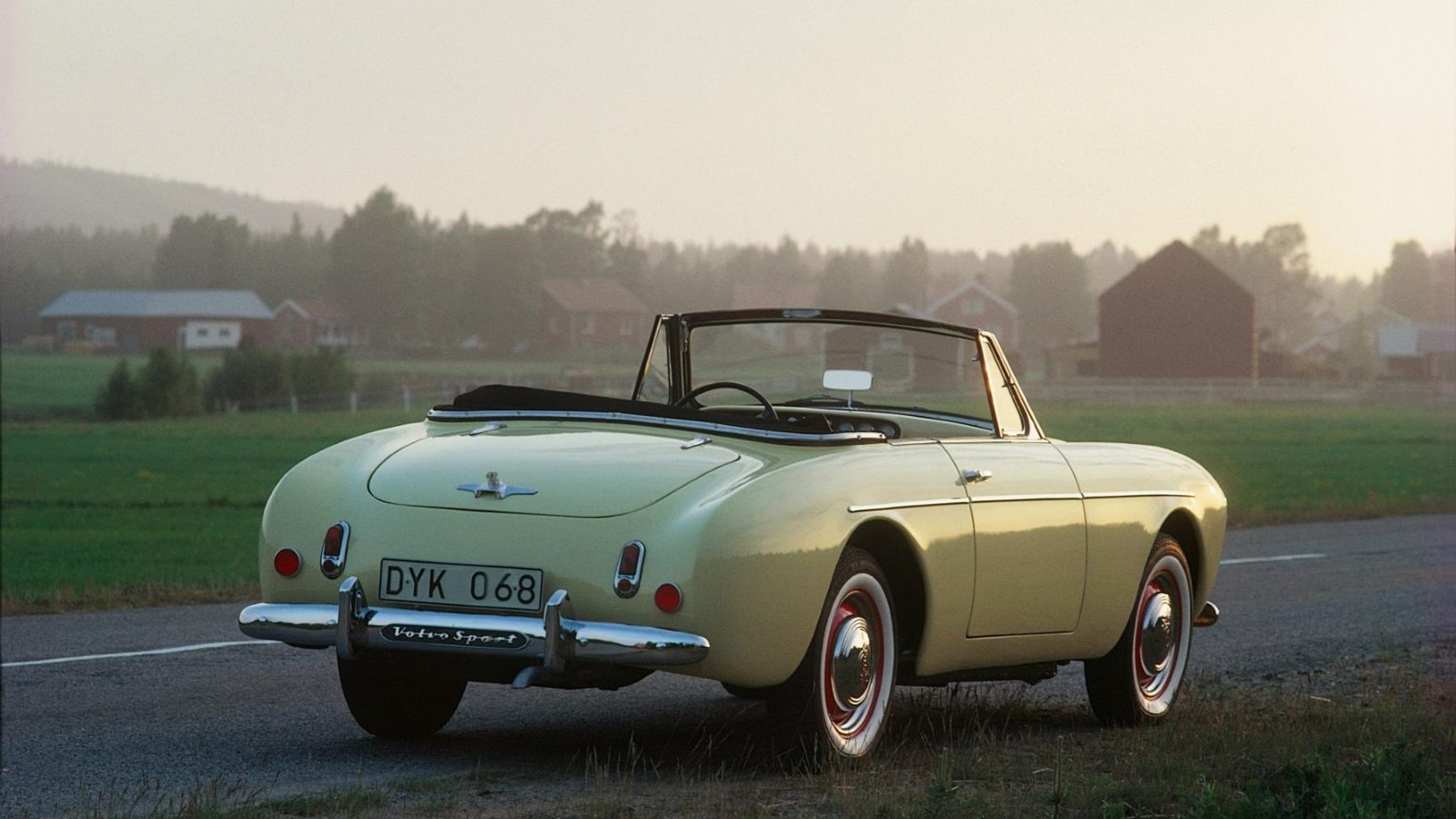 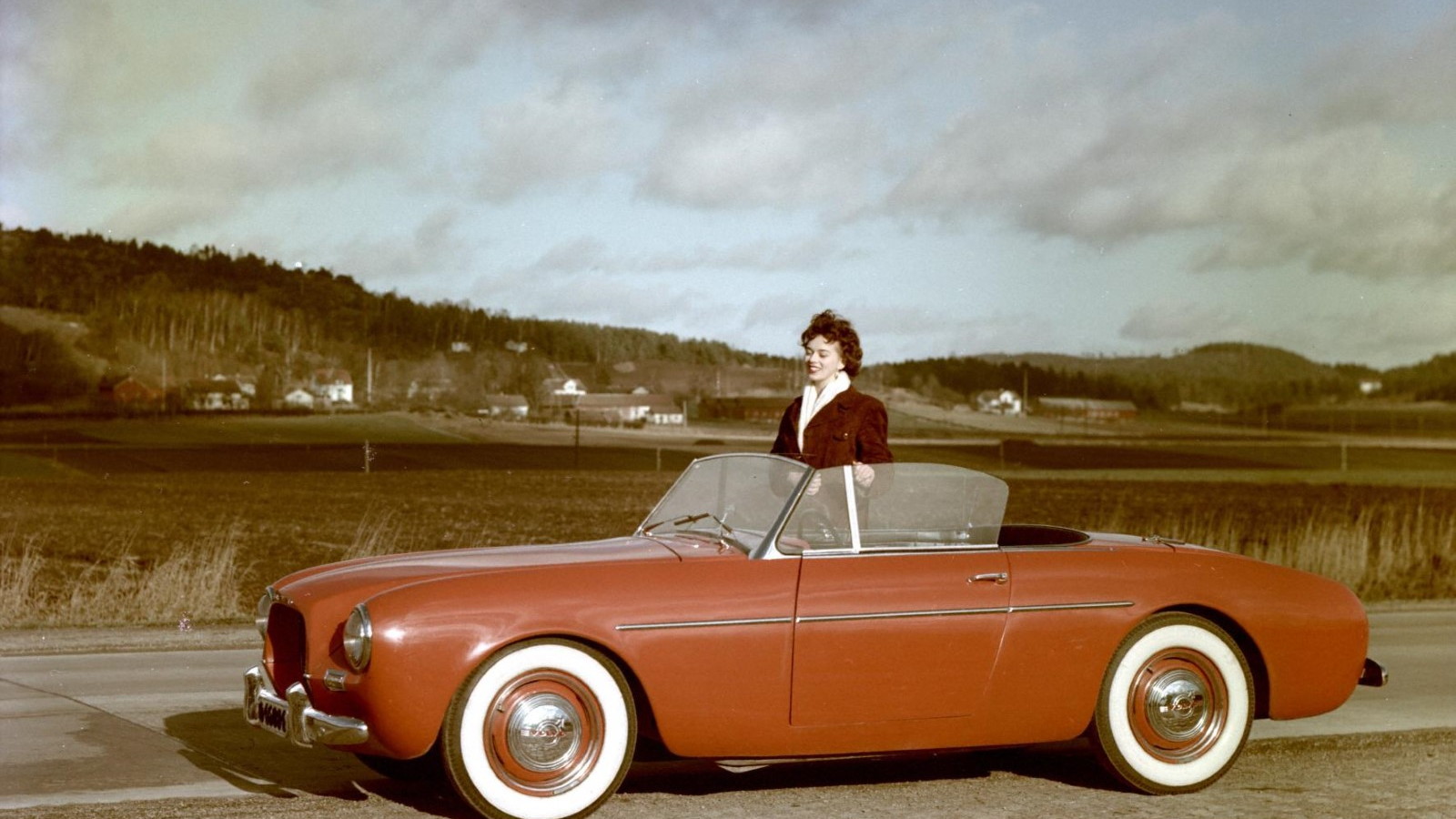 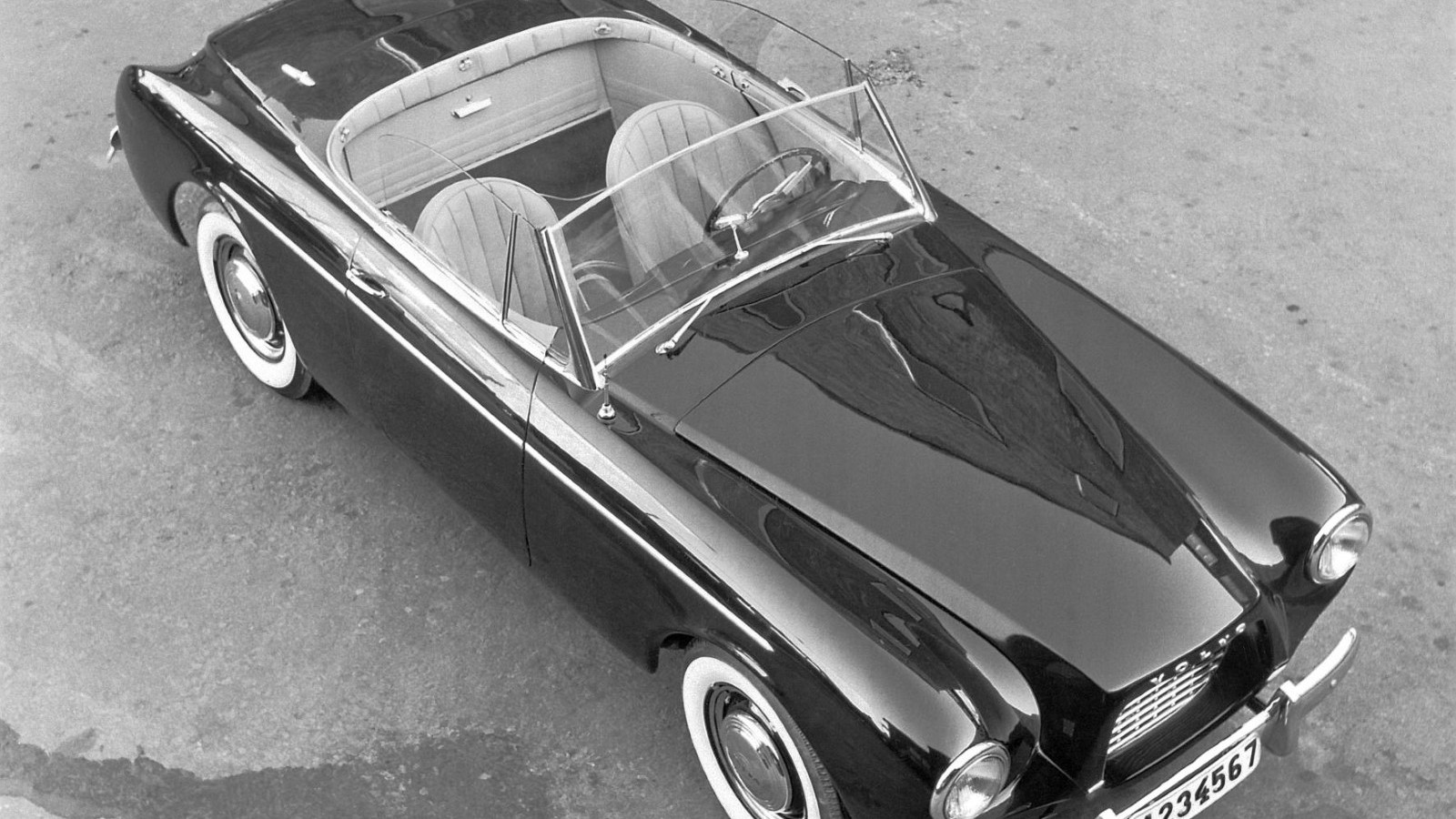 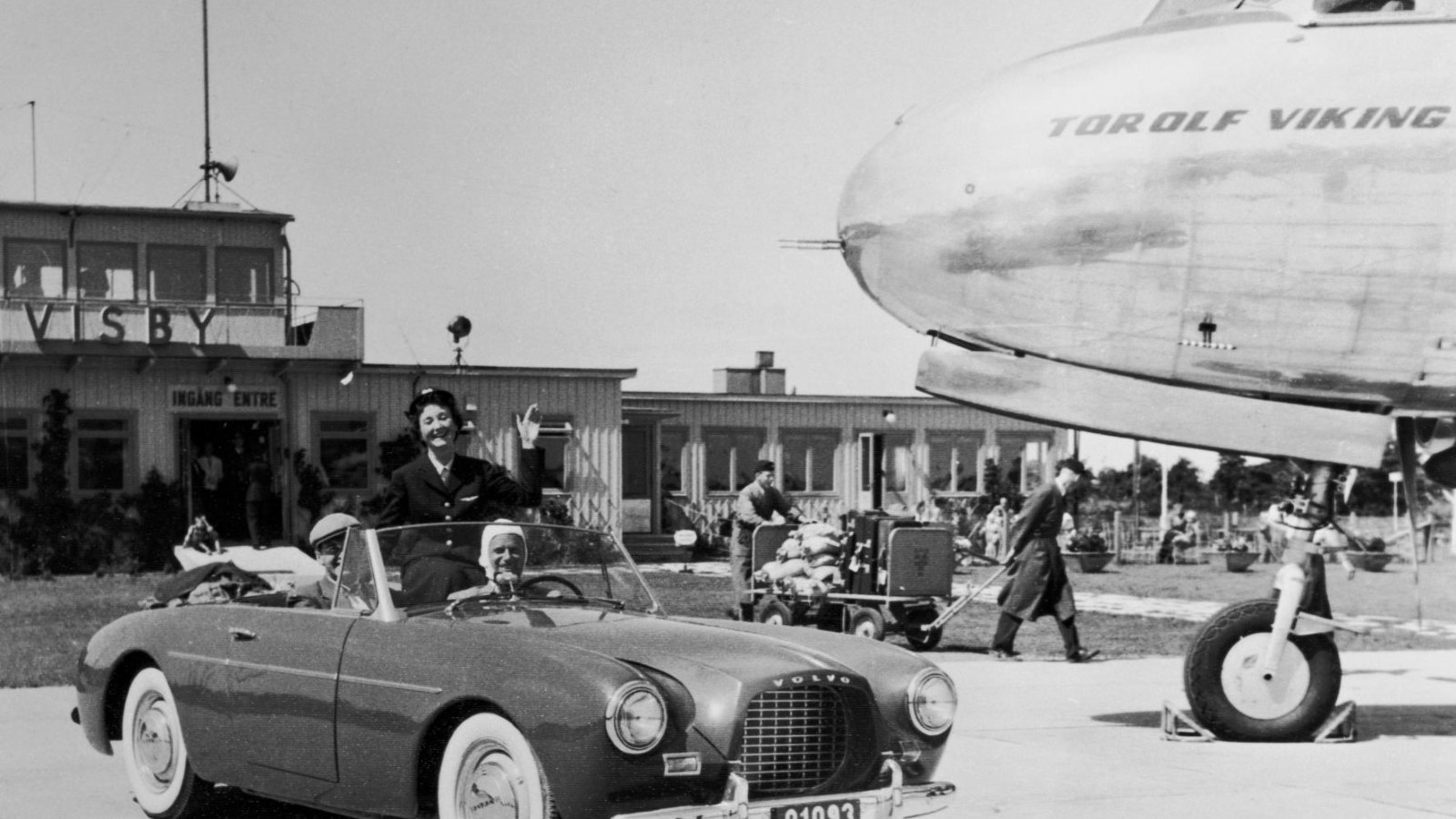 5
photos
You've probably never heard of the Volvo Sport P1900 before. The beautiful P1800 coupe or the handsome Amazon have probably registered on your car-guy radar, but in 1954, Volvo produced just 68 units of the Sport P1900—a chic convertible that pointed the way for the more popular P1800 in the following years.

Like many of its era, the P1900—known only as 'Sport' on the showroom floor—used humble mechanicals, in this case those of the Volvo PV 444. The wheelbase was 7.8 inches shorter than its upright engine donor, and the PV's 1.4-liter gasoline engine gained twin carburetors for a modest 70-horsepower output. That's still more than the PV though, which put out only 43 horsepower.

So why was the Sport's production run so short? To answer that, you need to know how it began. Volvo founder and MD Assar Gabrielsson made several trips to the United States in the early 1950s, where he witnessed the popularity of small, European sports cars. While out there, he also came into contact with Glasspar, a fiberglass expert in California already building hulls for boats and bodies for sports cars. Glasspar itself was chosen to produce the Sport's first body, while Volvo's engineers were given the task of developing a suitable chassis to fit its form.

The first prototype, built in 1954, faced plenty of criticism during internal testing—the chassis was too weak, the body too prone to cracking—but issues were slowly ironed out, and the first full production variants reached customers in 1956. However, production and sales were slow, and after new managing director Gunnar Engellau joined the company in 1957, he canned the loss-making project. In all, just 68 units were produced, though due to a duplicated chassis number on the first few cars, the official tally is 67 vehicles. Despite the Sport not meeting Volvo's 1950s quality standards, the company still knows the whereabouts of 50 of the cars.

And all was not lost, since Engellau subsequently commissioned the P1800 project. This new steel-bodied coupe (and ES shooting brake) has since become one of Volvo's most desirable models—and is still breaking records today.