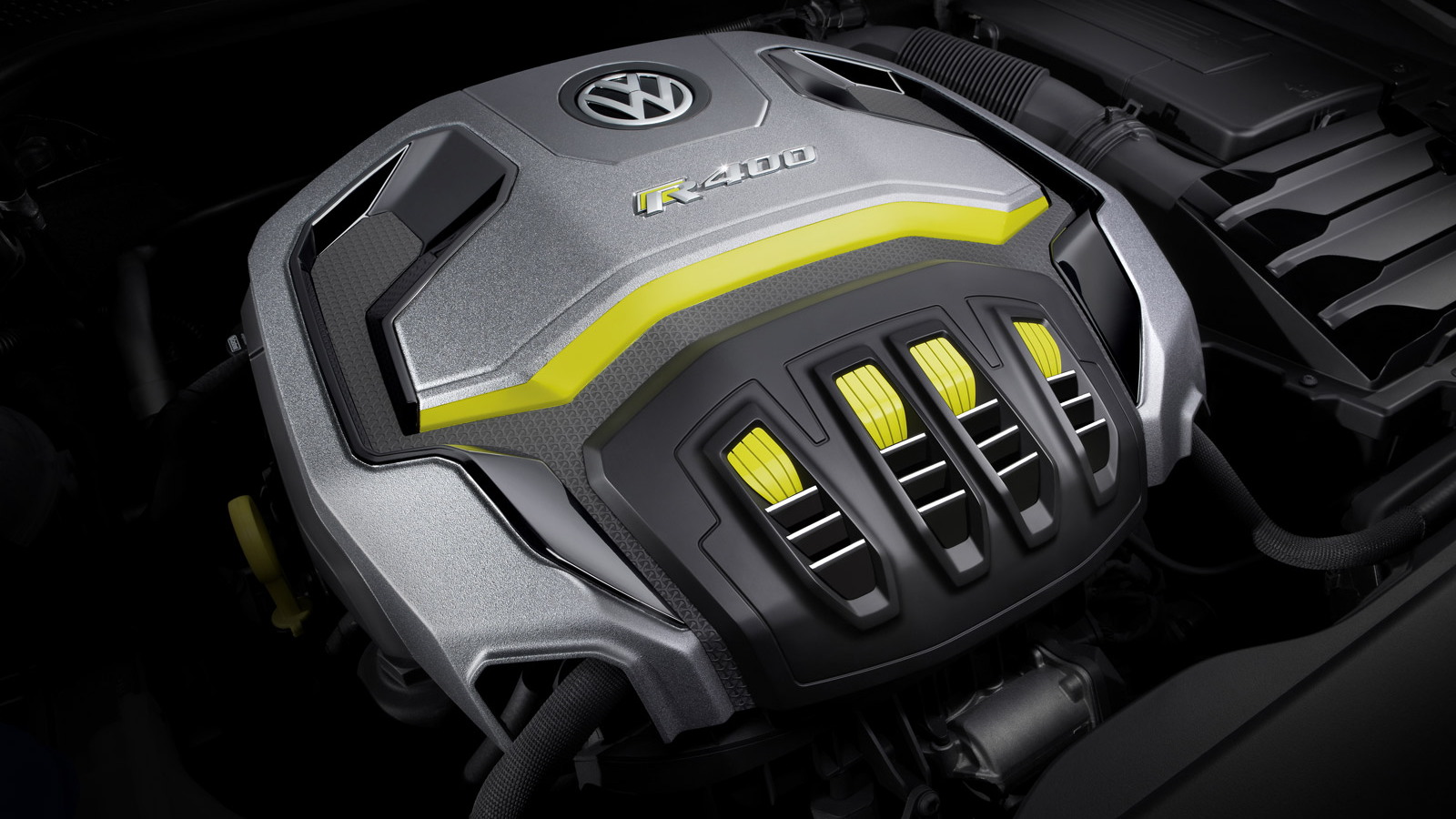 8
photos
You needn't look little further than the humble Volkswagen Golf as to how far performance cars have come in recent years. Back in 1975, the most powerful Golf you could buy was the 108-horsepower GTI. By 1998, 33 years later, the Mk4 GTI had crept to just 150 horses. Fast forward another sixteen years though, and Volkswagen is contemplating a road-going Golf with over 400 horsepower.

Volkswagen had already confirmed plans to put its 395-hp Golf R 400 concept into production, following its auto show debut in Beijing last month. But speaking at the Vienna Motor Symposium in Austria last week, Volkswagen’s development chief Heinz-Jakob Neusser has suggested (via Car and Driver) that the model, based on the 290-horsepower 2015 Golf R, may end up making more than 400 horsepower.

From a 2.0-liter engine, that would comfortably give it the highest specific output of any production 2.0-liter car, and make Mercedes-Benz's 355-horse A45 AMG (and the CLA45 AMG sedan sold in the U.S.) look... well, a little weak. The R 400 concept also boasted a torque output of 332 pound-feet (identical to the Mercedes--engine capacity is presumably a limiting factor here) and a 3.9-second 0-62 mph sprint. Top speed is limited (limited!) to 174 mph--though as Car and Driver points out, these numbers may now be pessimistic should the suggested 400-plus horsepower output come to fruition.

No price figure has yet been suggested, but the re-worked bodywork, heavily modified engine, revised chassis and carbon fiber weight-saving components are unlikely to come cheap. Still, if there's one thing that seems to climb at the same rate as a Golf's power output, it's the Golf's sticker price...