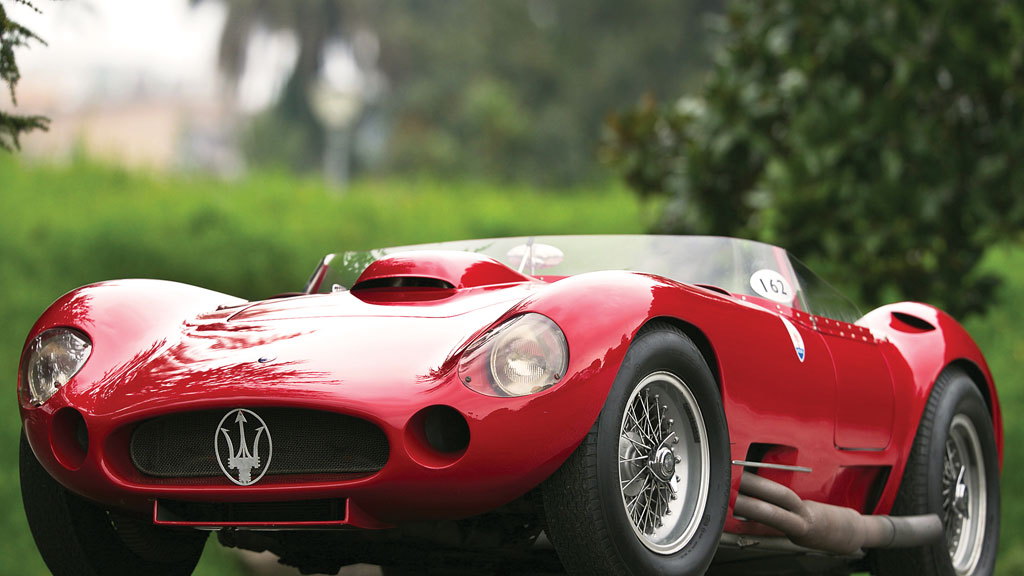 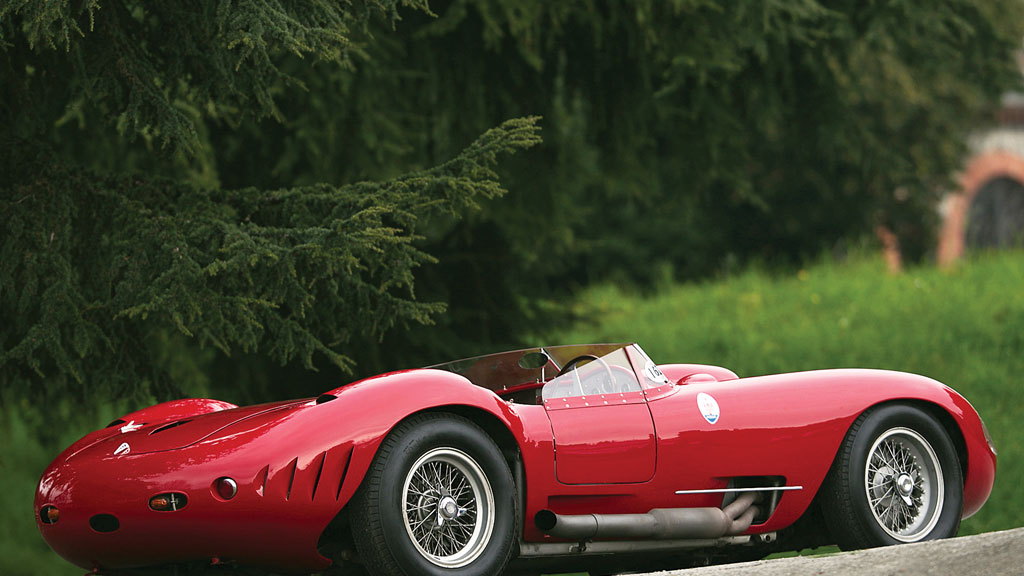 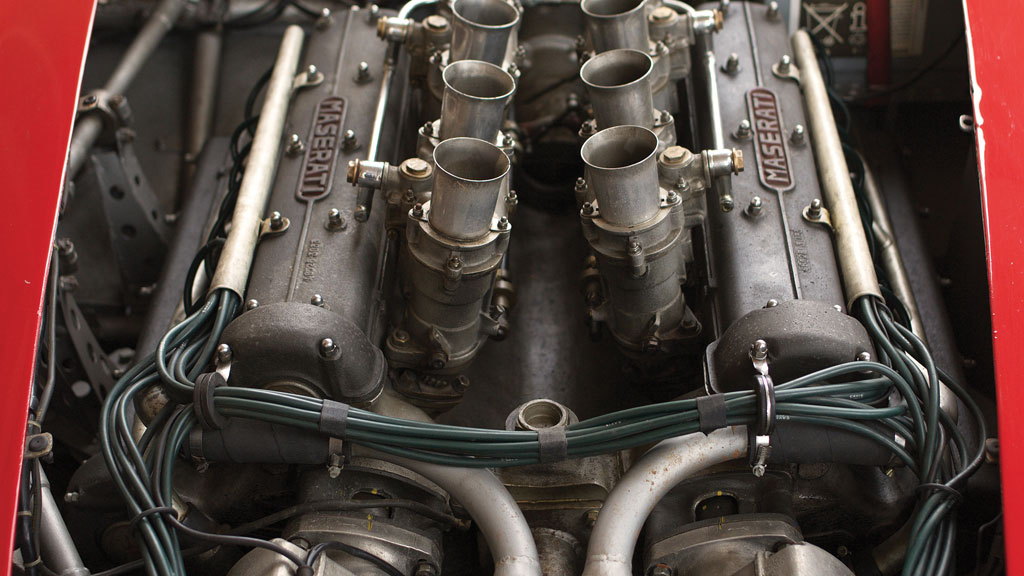 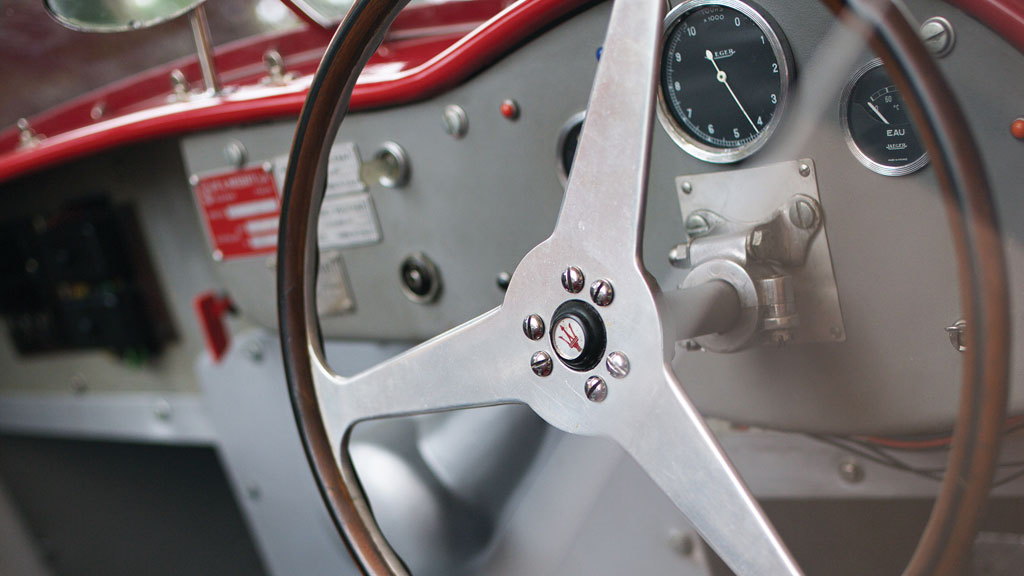 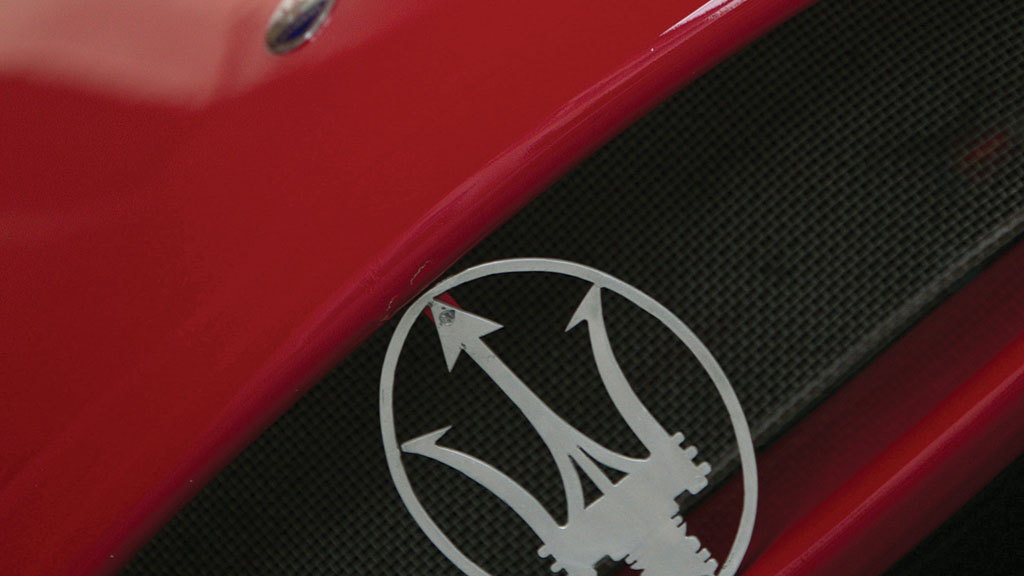 8
photos
What would you do with 4 million-5.5 million euros (around $5.5m-$7.6m)? A fleet of Bugatti Veyrons, perhaps? Build the biggest garage you can and fill it with pretty much every one of your dream cars?

If the 1956 Maserati 450S Prototype by Fantuzzi hits its estimate at an RM Auctions sale in Monaco on May 10, one buyer will have spent that amount on that stunning race car alone. Driven by Stirling Moss and Denis Jenkinson at the 1956 Mille Miglia, the car was originally built as a six-cylinder with the chassis number 3501. Before the Mille Miglia race in Italy that year, engineers quickly installed the now-incumbent 5,657cc 90-degree V-8 engine, producing an impressive 520 horsepower. Moss crashed the car when its brakes gave out during the race--perching the car precariously against a tree over a ravine.

Since then the car has gained the chassis number 4501, once used on an entirely different Maserati 450S but now verified for this car. Since then the car has been sold on to various owners, even receiving a Corvette V-8 engine during a 1965 restoration. After that the car was sold to a buyer in the U.S, who sold it once again in 1970. That owner actually used the car on the roads of California, but the car returned to Italy in 1981 in the hands of an Italian collector. It received a full, authentic and Maserati-overseen restoration in 1987, resulting in its current status.

It isn't the only striking Italian lot at the upcoming Monaco auction. Alongside it is a 1955 Lancia D50A Formula One recreation, built from original plans for the late Tom Wheatcroft, who owned the historic Donington Park circuit for many years. As a recreation its 800,000-900,000 euro estimate ($1.1m-$1.24m) is lower than the "real thing", but this is as close as recreations get to the cars driven by Fangio and Ascari back in 1955.

Another work of art gracing the block in Monaco is a 1954 Bentley R-Type Continental Fastback Sports Saloon by Franay. The ultra-rare car--just three were made in this design--has an estimate of 725,000-1m euros ($999K-$1.37m). The design is a mixture of British class and Gallic flair, the Bentley uses a 178-horsepower, 4,566cc six-cylinder engine with twin SU carbs. The seller describes it as "the grandest of British tourers", and it's up for auction in Monaco on May 10, a few weeks before the Monaco Grand Prix.