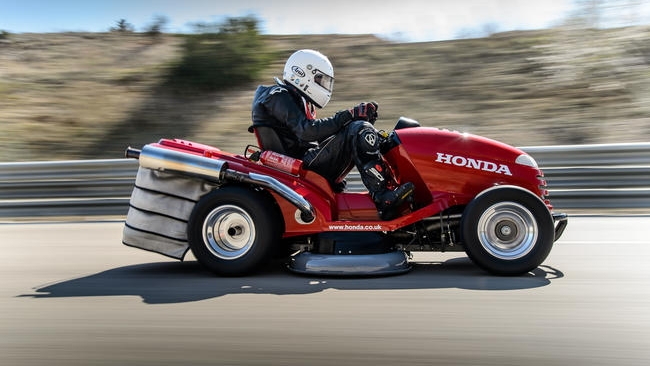 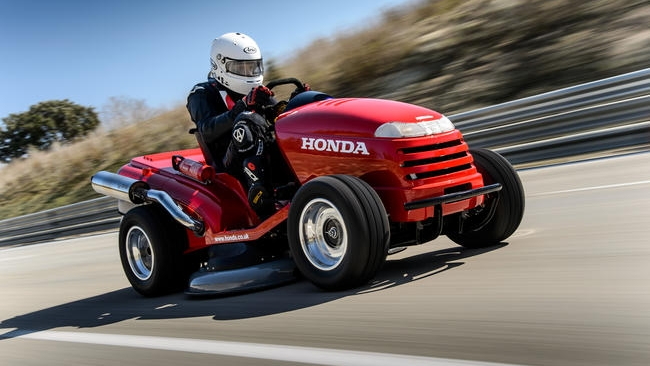 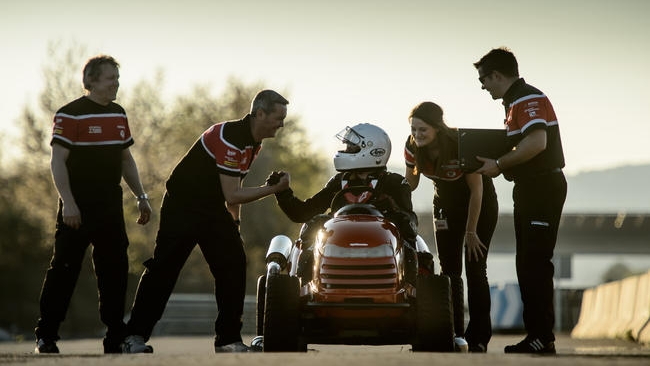 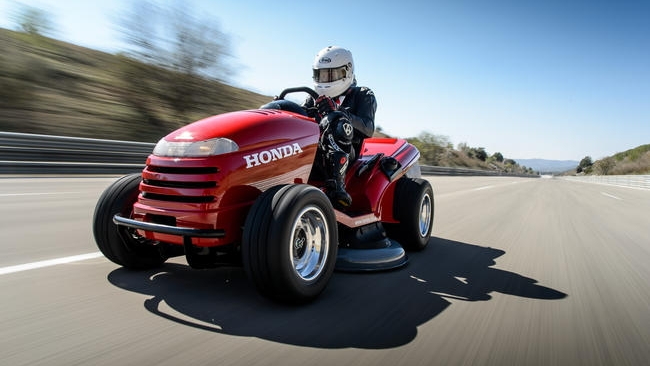 The Guinness Book of World Records holds some odd bits of human achievement. World's longest toenails. World's tallest mohawk. World's farthest milk-squirting distance (from the eye!). Now, Honda has one of its own, and while it's not quite as quirky as some, it's unusual: the world's fastest lawnmower, clocked at 116 mph.

For the record run Honda tapped BBC TopGear Magazine's Piers Ward to drive the Mean Mower at the IDIADA Proving Ground in Tarragona, Spain, on March 8, 2014. Guinness World Records officials were on hand to time the Mean Mower through a 100-meter speed trap, requiring a run in both directions down the Tarragona strip within an hour. The average speed of the two runs set the official record, which now stands at 116.57 mph.

The 308-pound Honda Mean Mower, powered by a 1,000-cc motorcycle engine, can hit 62 mph in four seconds, and is geared to achieve a top speed of more than 130 mph--so future records may yet be coming. It's not all window-dressing, either: the Mean Mower can still cut grass at 15 mph--about twice as fast as a normal riding mower.