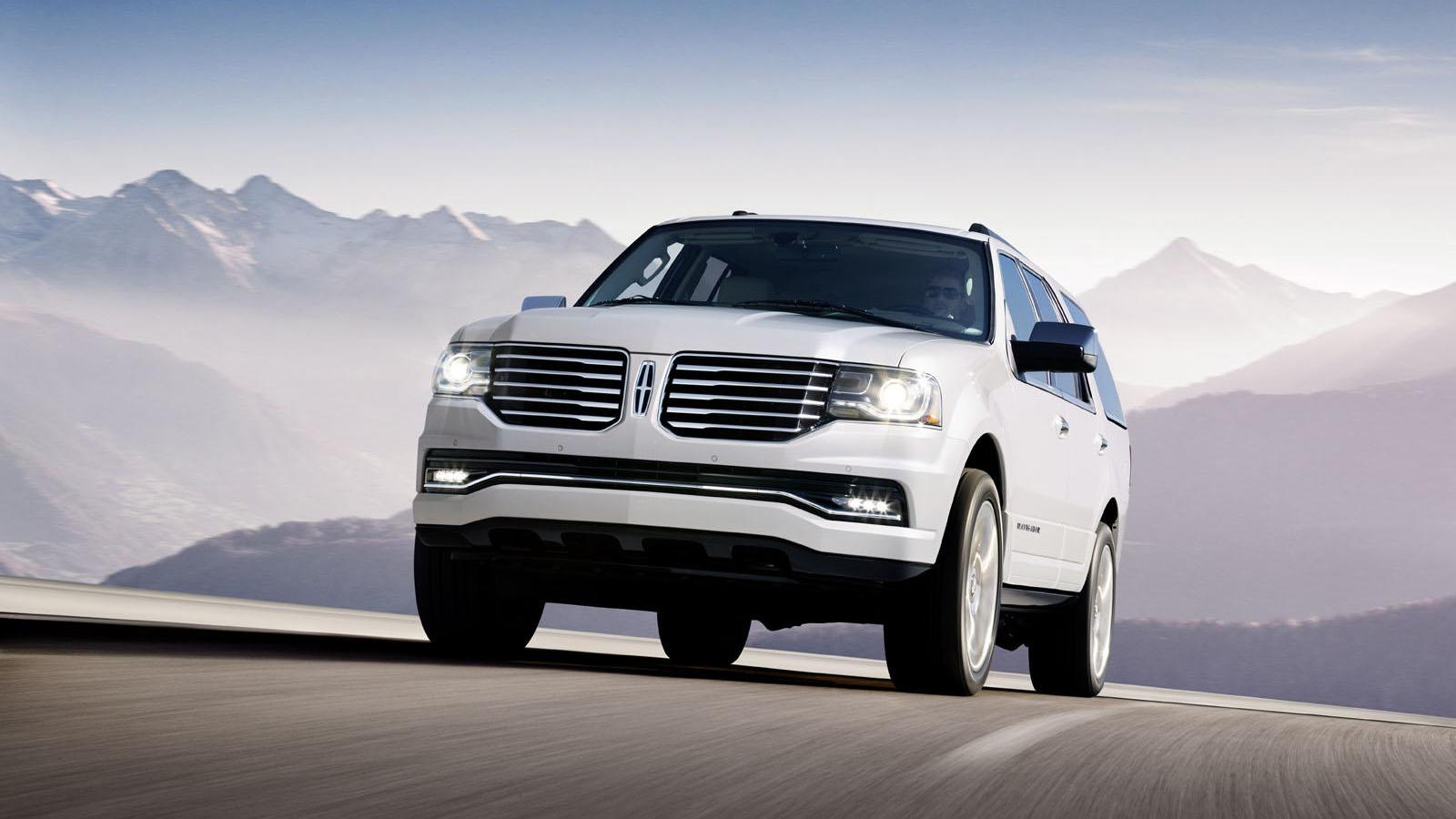 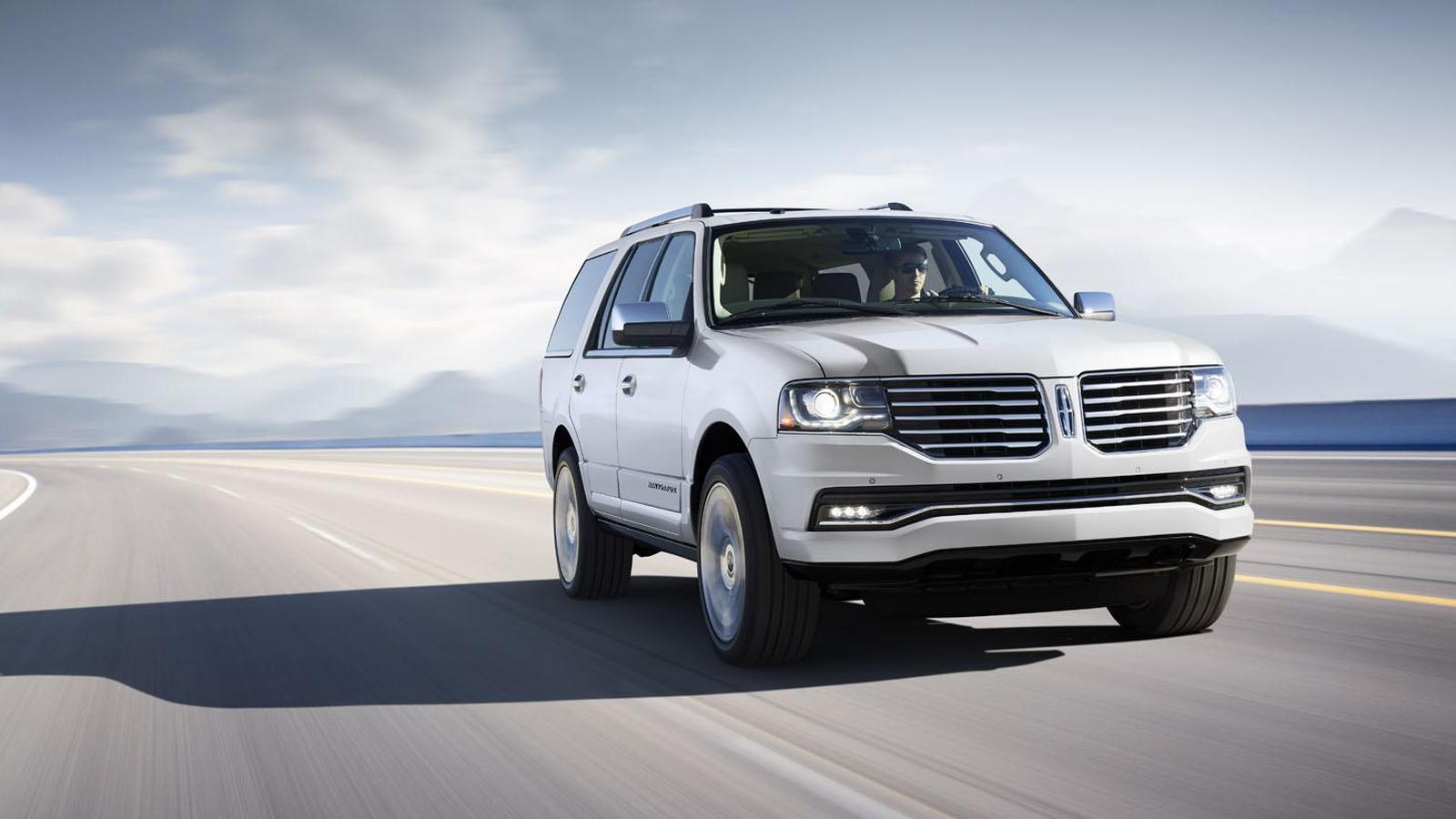 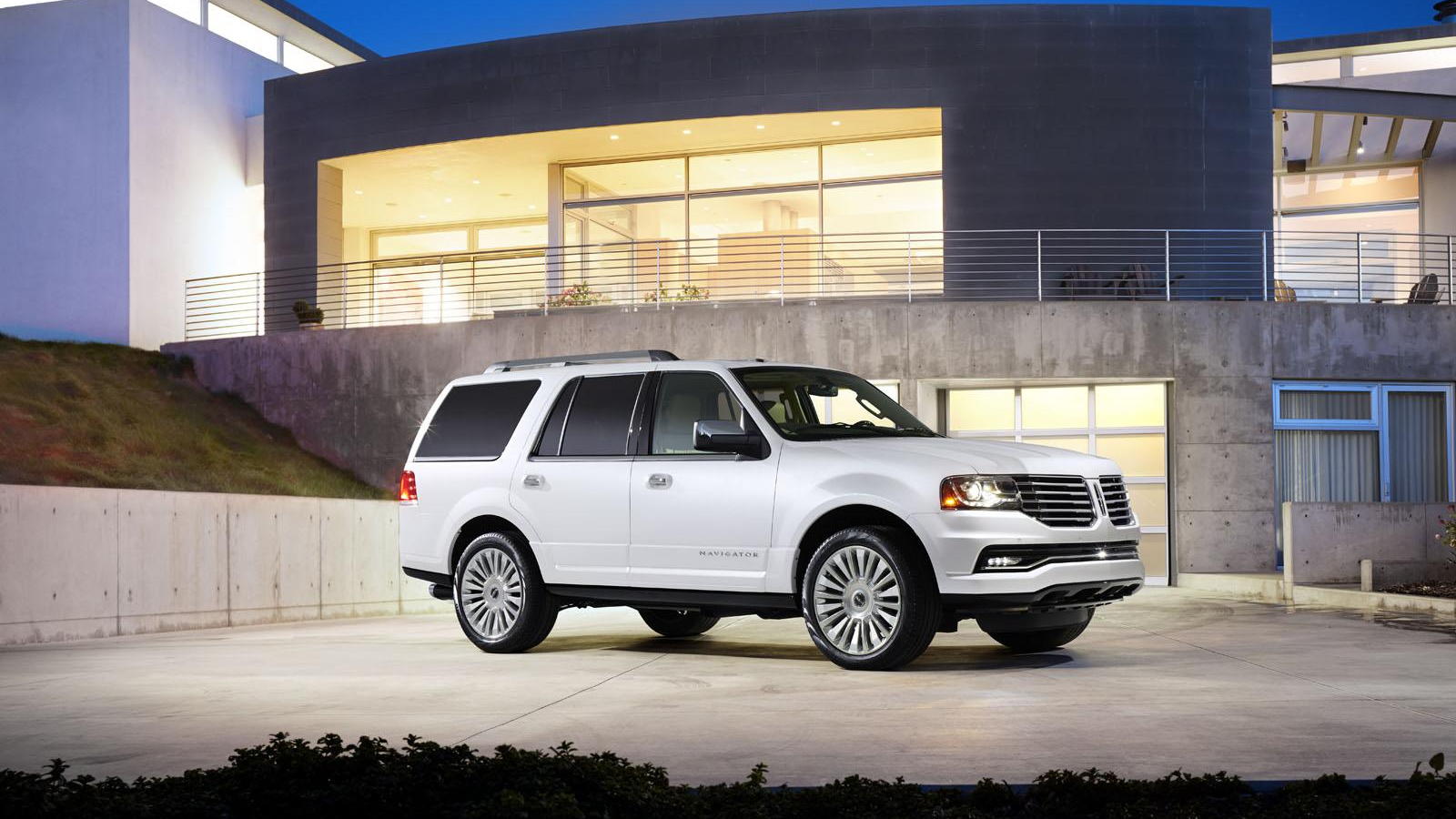 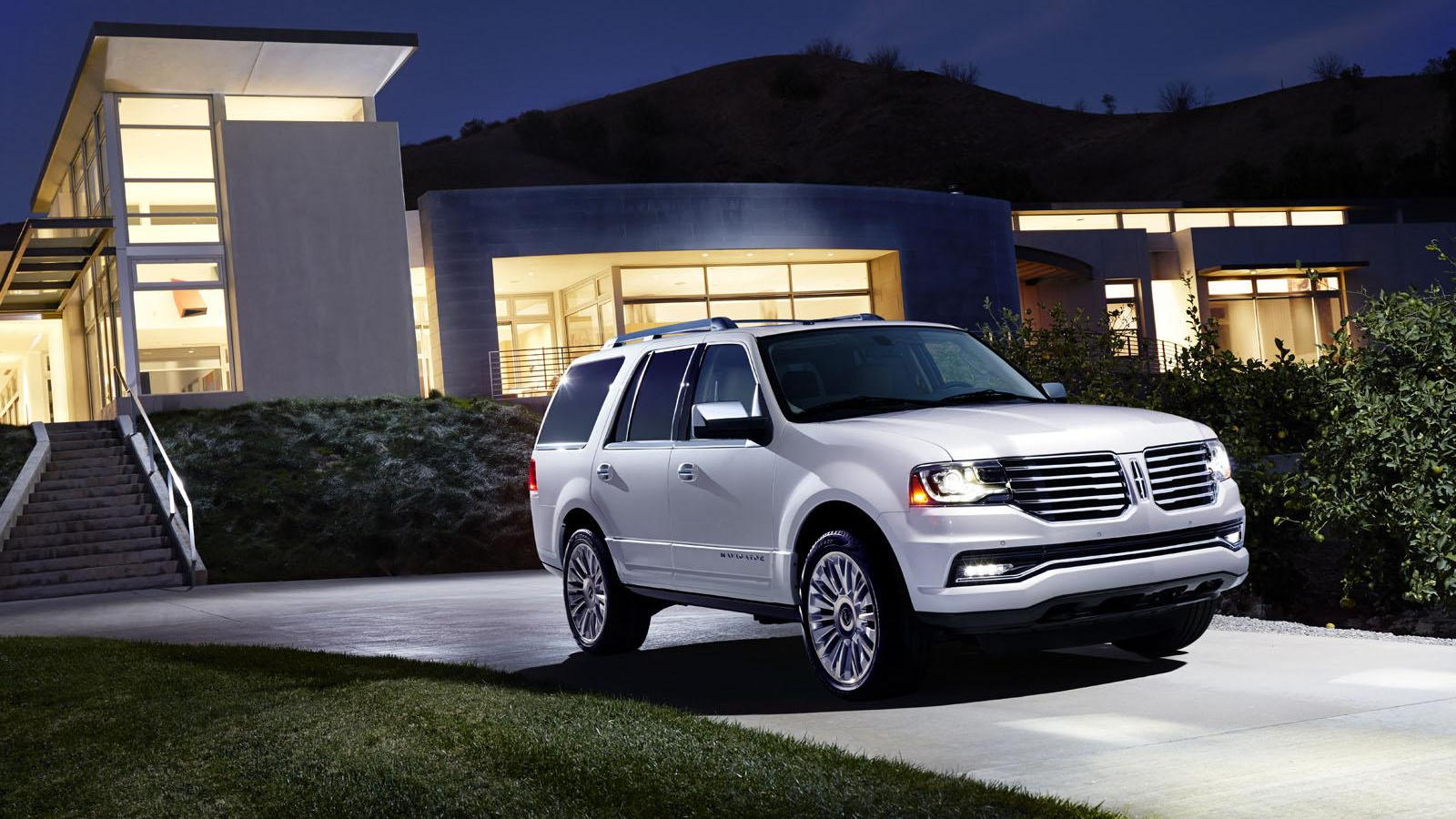 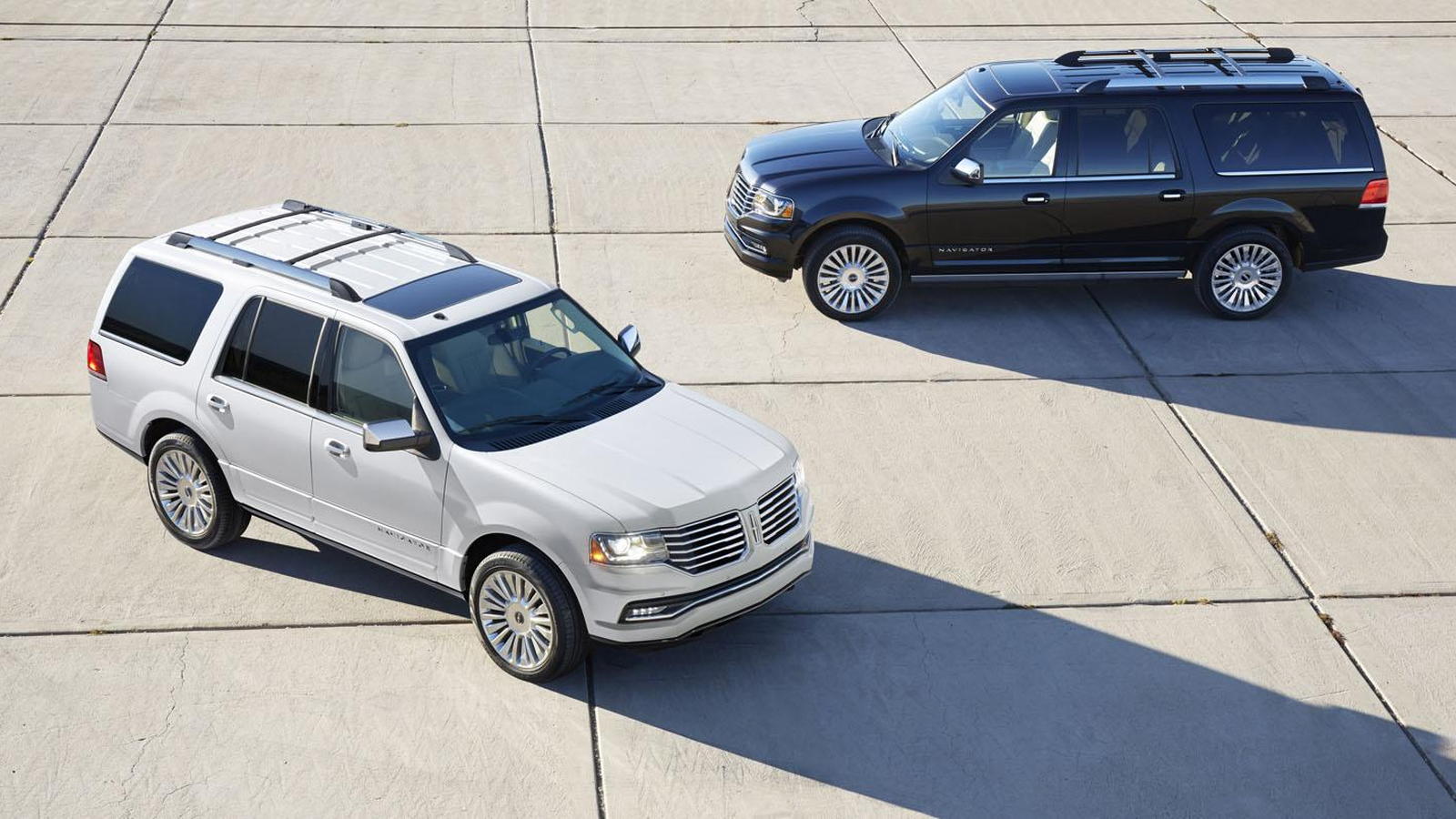 20
photos
Lincoln’s third-generation Navigator has been with us since the 2007 model year, but the big body-on-frame SUV isn’t done yet, as a facelifted version has just been revealed ahead of next month’s 2014 Chicago Auto Show and will be hitting showrooms in the fall as a 2015 model. Lincoln has done its best to incorporate its new styling language on its aging Navigator, and while the design works well on the smaller MKC we can’t say we’re completely enamored with the latest Navigator.

The body is much the same, though redesigned lights have been fitted at both ends. The front section is also completely new and has been dressed up with some LED elements. It will be interesting to see how the vehicle fares against relative newcomers such as the Mercedes-Benz GL-Class, Lexus LX 570, Land Rover Range Rover and the latest Cadillac Escalade. As we reported yesterday, sales of the Navigator totaled just 8,613 units in 2013, which was almost a third of those of the Escalade in its last full year in the outgoing style.

MUST READ: Justin Bieber Pulled Over In A Lamborghini, Arrested For DUI, Other Charges

As with current-generation models, the 2015 Navigator will be available in standard-length (207.4 inches) and extended-length (222.3 inches) versions. And both come with third-row seating. Bigger 20-inch wheels are now standard instead of the 18-inch wheels on last year's model, and 22-inch wheels are available.

The big news is that the 2015 Navigator is available exclusively with a V-6 engine, in this case Ford’s 3.5-liter EcoBoost mill. Thanks to turbocharging and direct-injection technologies, the 2015 Navigator’s engine delivers 370 horsepower and 430 pound-feet of torque, which is a healthy boost over the paltry 310 horsepower and 365 pound-feet delivered by the 5.4-liter V-8 in last year's model. Lincoln projects that the new engine will deliver best-in-class towing, but the automaker doesn’t provide any specs. Cadillac’s more powerful Escalade has an 8,200-lb tow rating.

While the exterior may look dated, the same can’t be said for the interior. A new dash highlights a completely revamped cabin, with premium touches such as hand-wrapped leather surfaces, real wood trim and brushed metal accents all on offer.

WATCH: Dad Teaches Kid To Do Donuts In A C6 Corvette-Best Dad Ever?: Video

Owners can open the door and start the engine without taking the key fob out of their pocket, and upon opening the doors they are greeted with illuminated floor mats. SYNC with MyLincoln Touch is the interface and includes a 4.2-inch LCD display in the instrument cluster, an 8-inch touch screen in the center stack and traditional knob controls for easy operation of popular functions. A rearview camera is standard, and Lincoln is offering a blind spot detection system as an option.

Production of the 2015 Navigator is scheduled to begin late this summer at the Kentucky Truck Plant in Louisville, Kentucky. As previously mentioned, sales commence in the fall. Pricing should remain around the $60k mark.