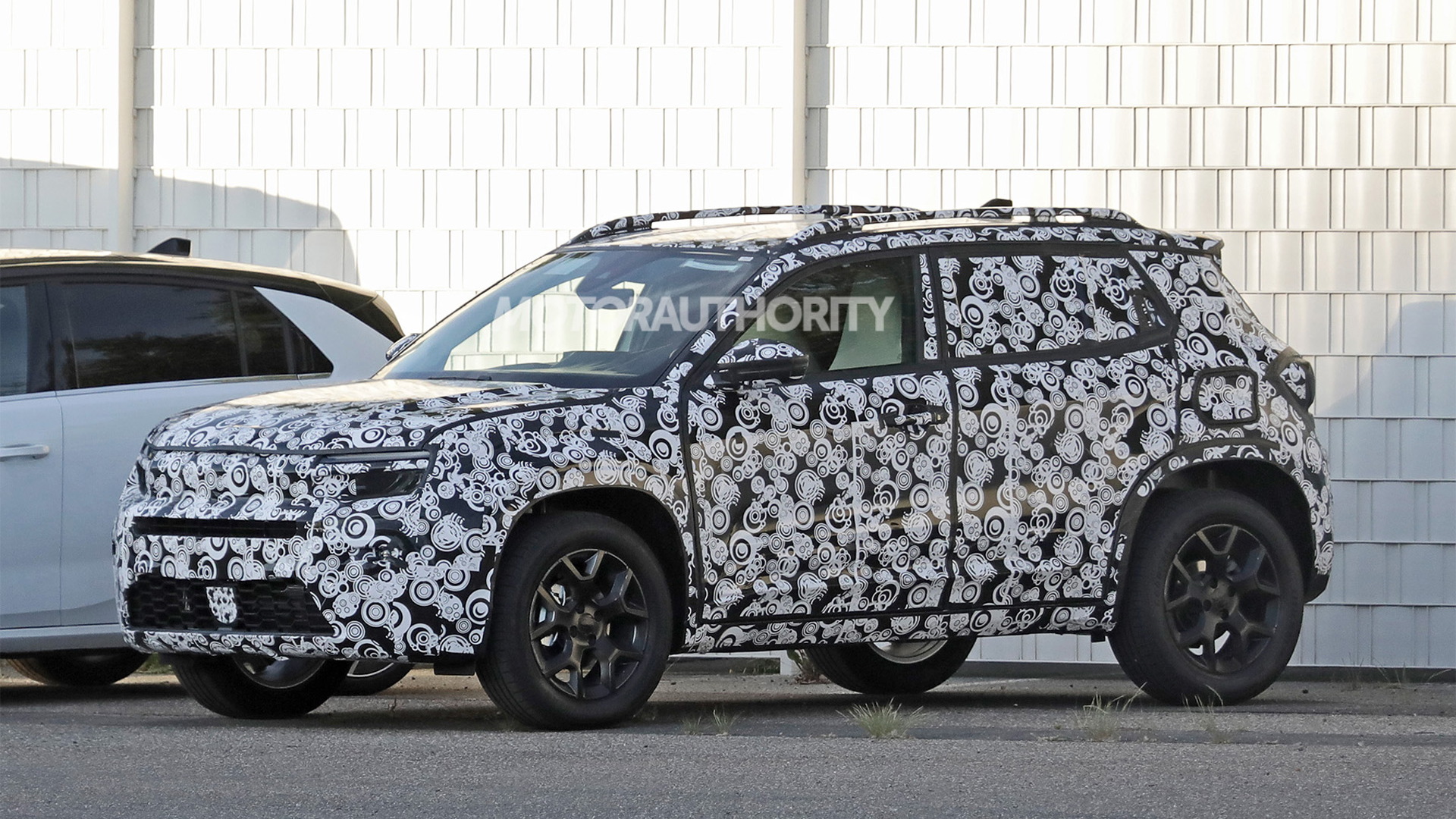 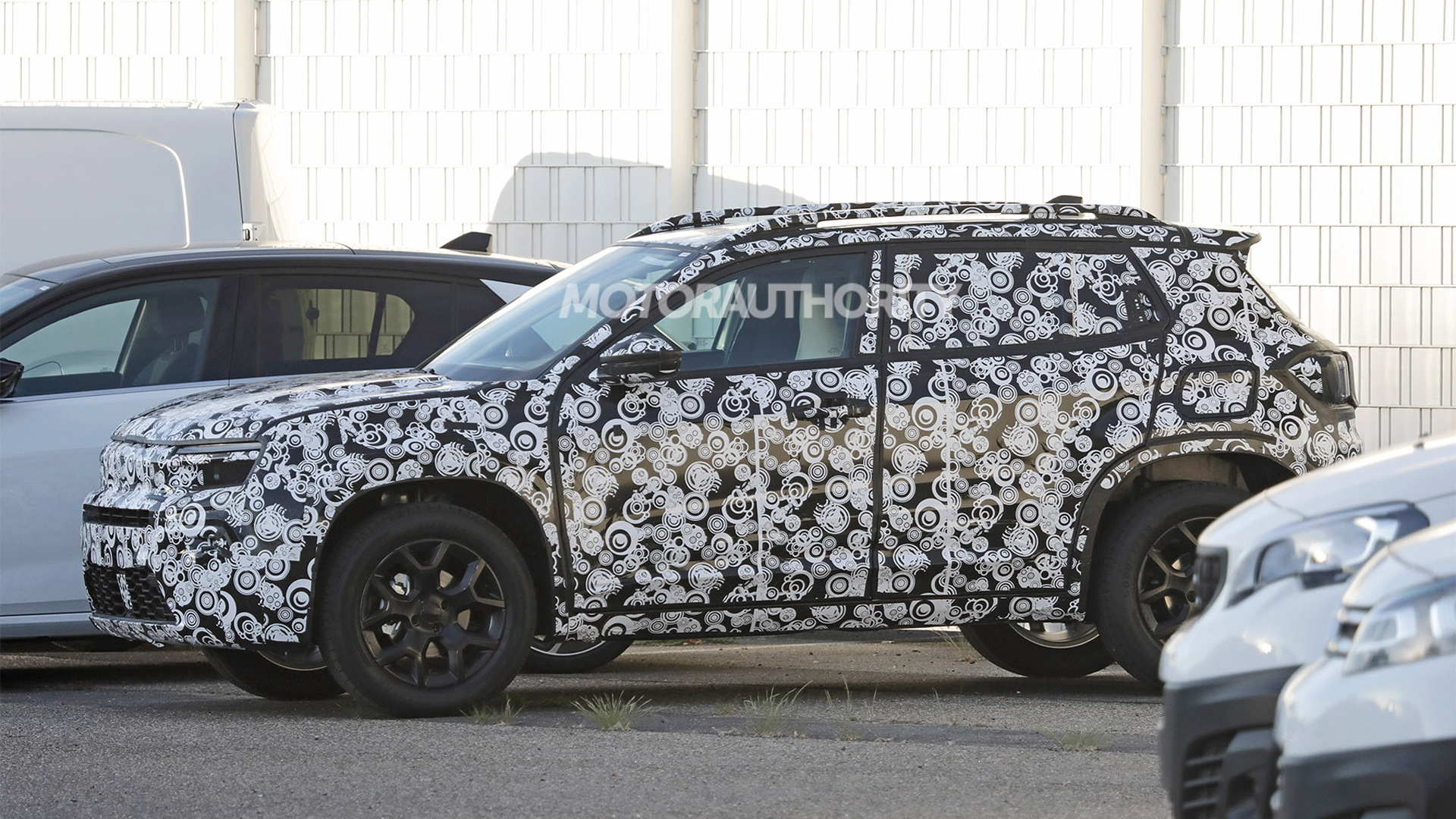 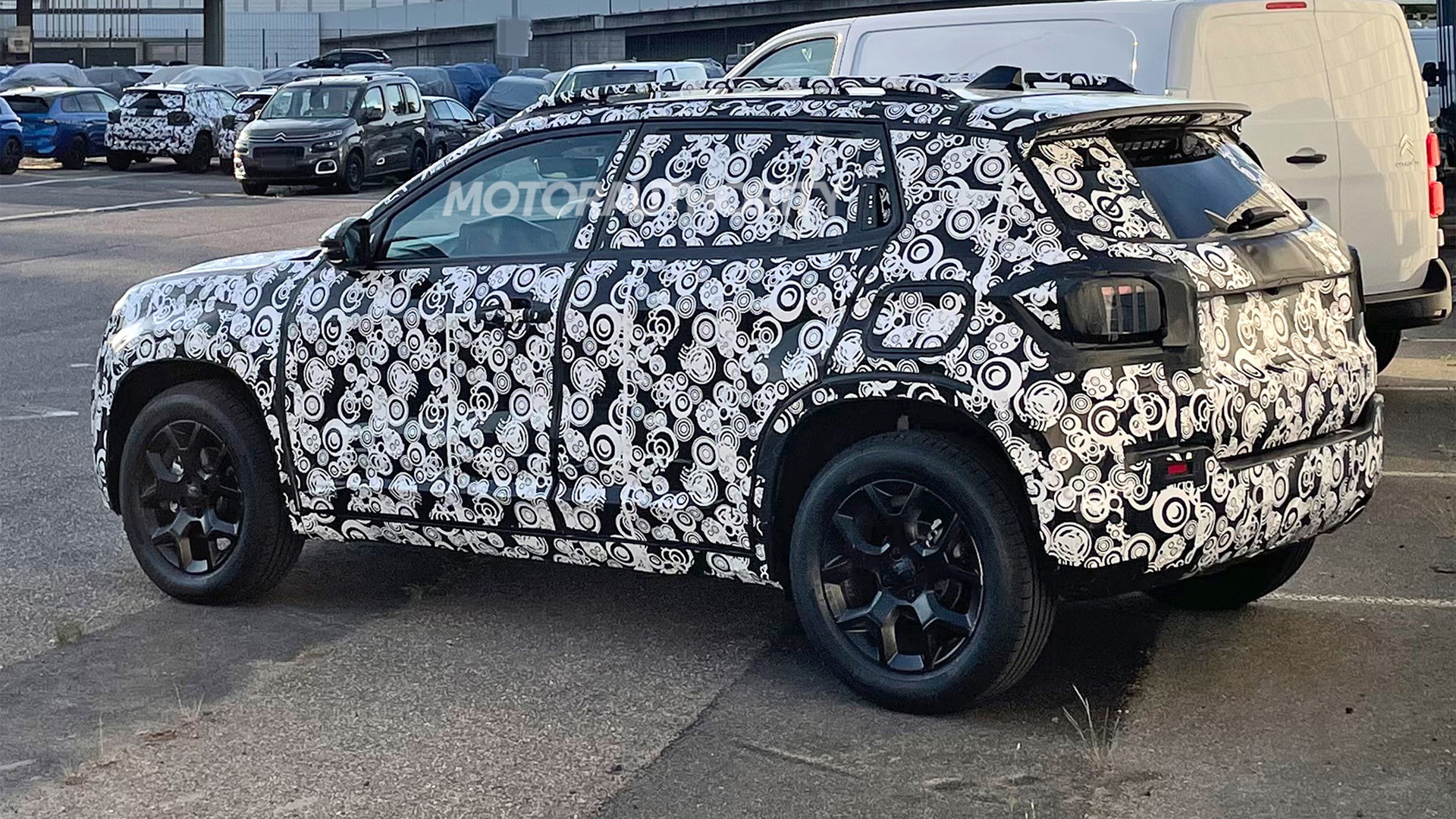 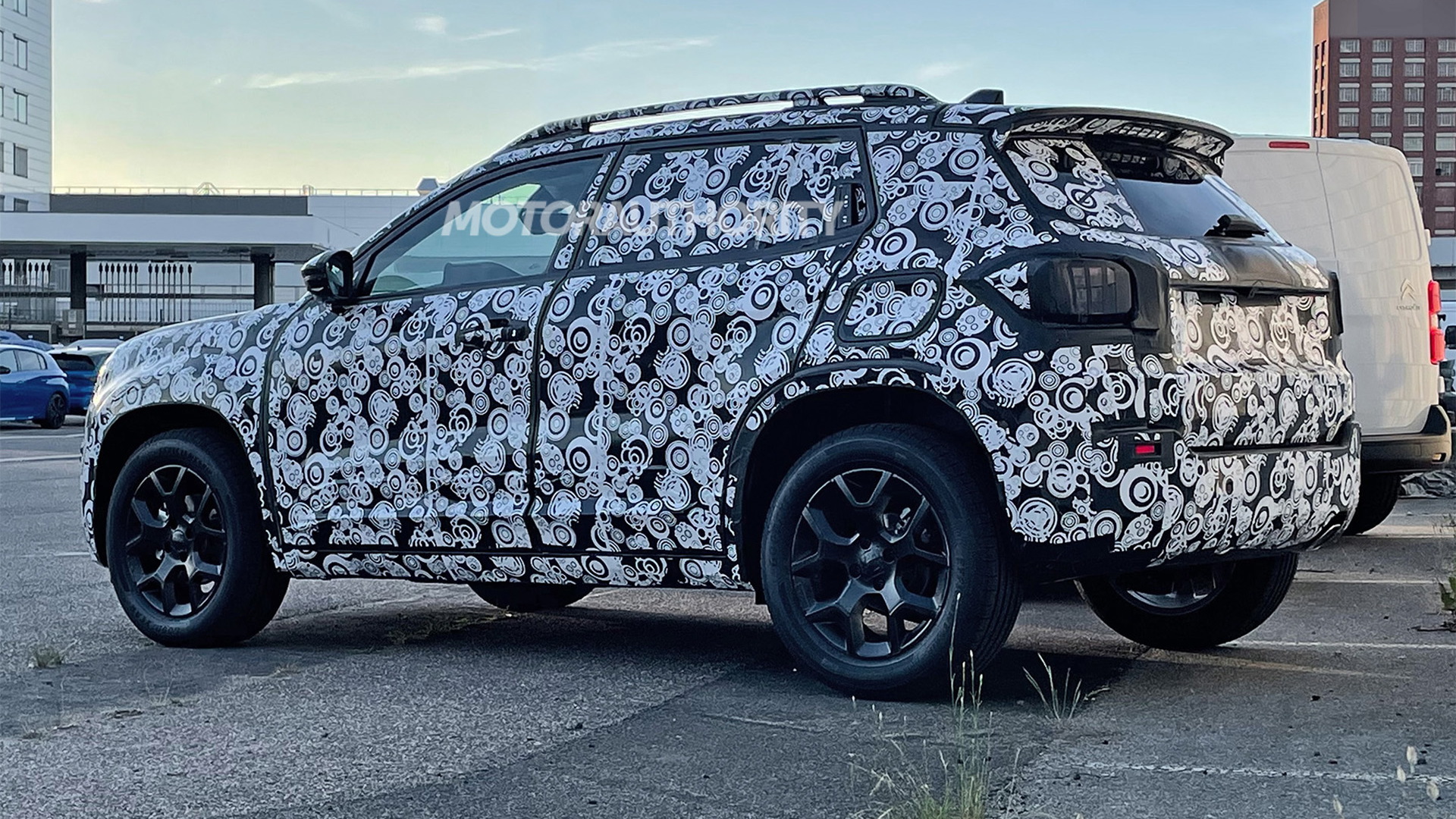 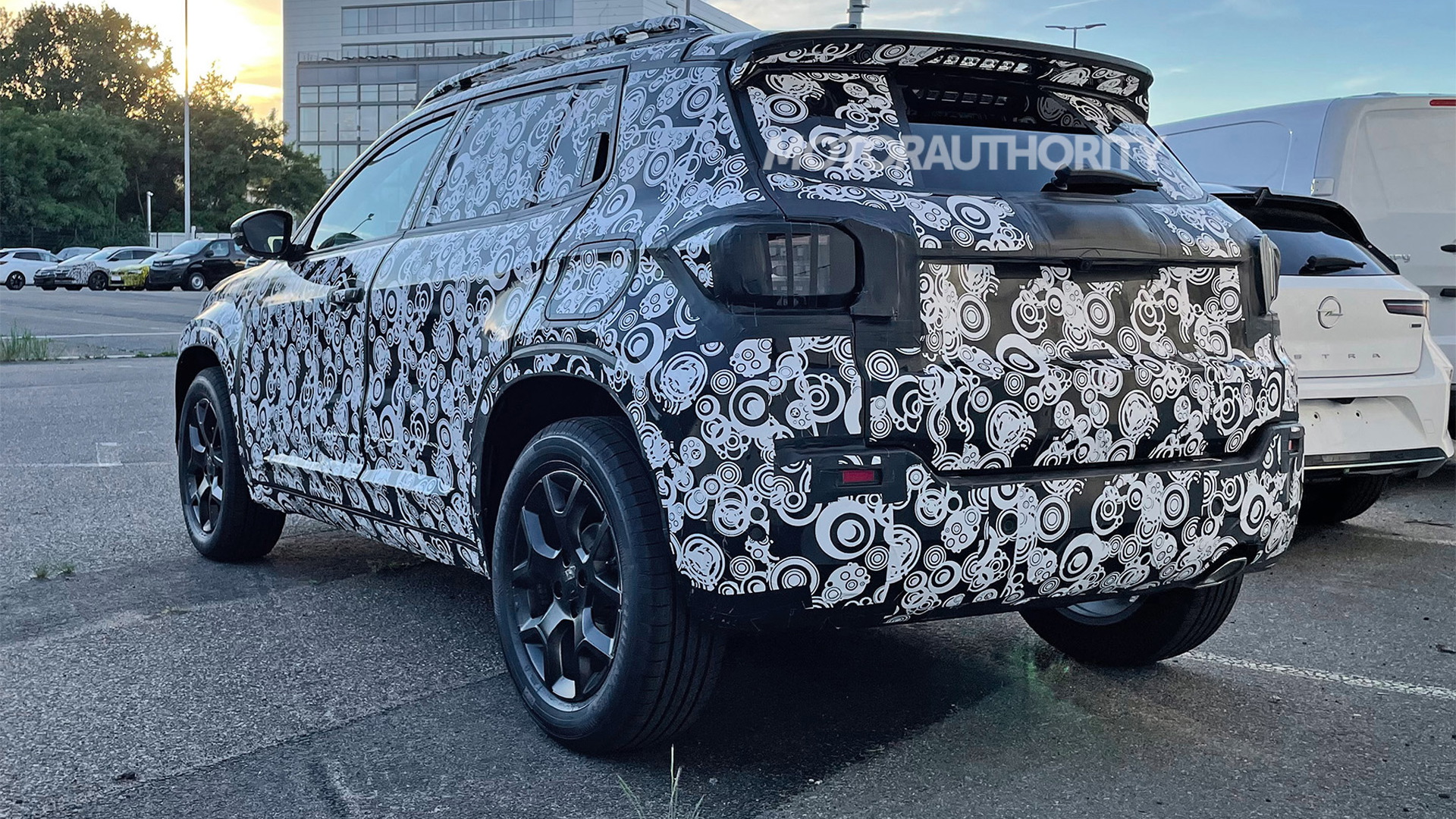 A baby Jeep slotting below the compact Renegade is coming soon, and a prototype has just been spotted.

The new subcompact crossover was previewed in March and confirmed for a launch in the first half of 2023, meaning we'll likely see it land at dealerships as a 2024 model.

A name hasn't been announced but Jeepster has been rumored in the past.

The prototype is for a model with an internal-combustion engine, though Jeep has confirmed that an electric model is also coming. Stellantis' off-road brand is serious about electrification and plans to have an electric option in all of its segments by as early as 2025.

Teaser for electric Jeep due in first half of 2023

Teaser for electric Jeep due in first half of 2023

The baby Jeep will ride on Stellantis' CMP platform and be twinned with similar models from Alfa Romeo and Fiat. The CMP platform is designed for subcompact vehicles and is currently found in crossovers like the DS 3 Crossback and Opel Mokka, both of which offer electric options as well.

While the electric DS 3 and Mokka come with a 50-kilowatt-hour battery and single motor rated at just 136 hp, we could see increased performance in the Jeep and planned Alfa Romeo.

The Alfa Romeo is rumored to be called a Brennero, and is due in 2024. The Fiat will likely be a replacement for the 500X. All three are expected to be built at a plant in Tychy, Poland.

For other EVs, Jeep will use dedicated EV platforms from Stellantis. The platforms are the STLA Small, STLA Medium, STLA Large, and STLA Frame, and they will offer range figures starting at 300 miles and going all the way up to 500 miles.