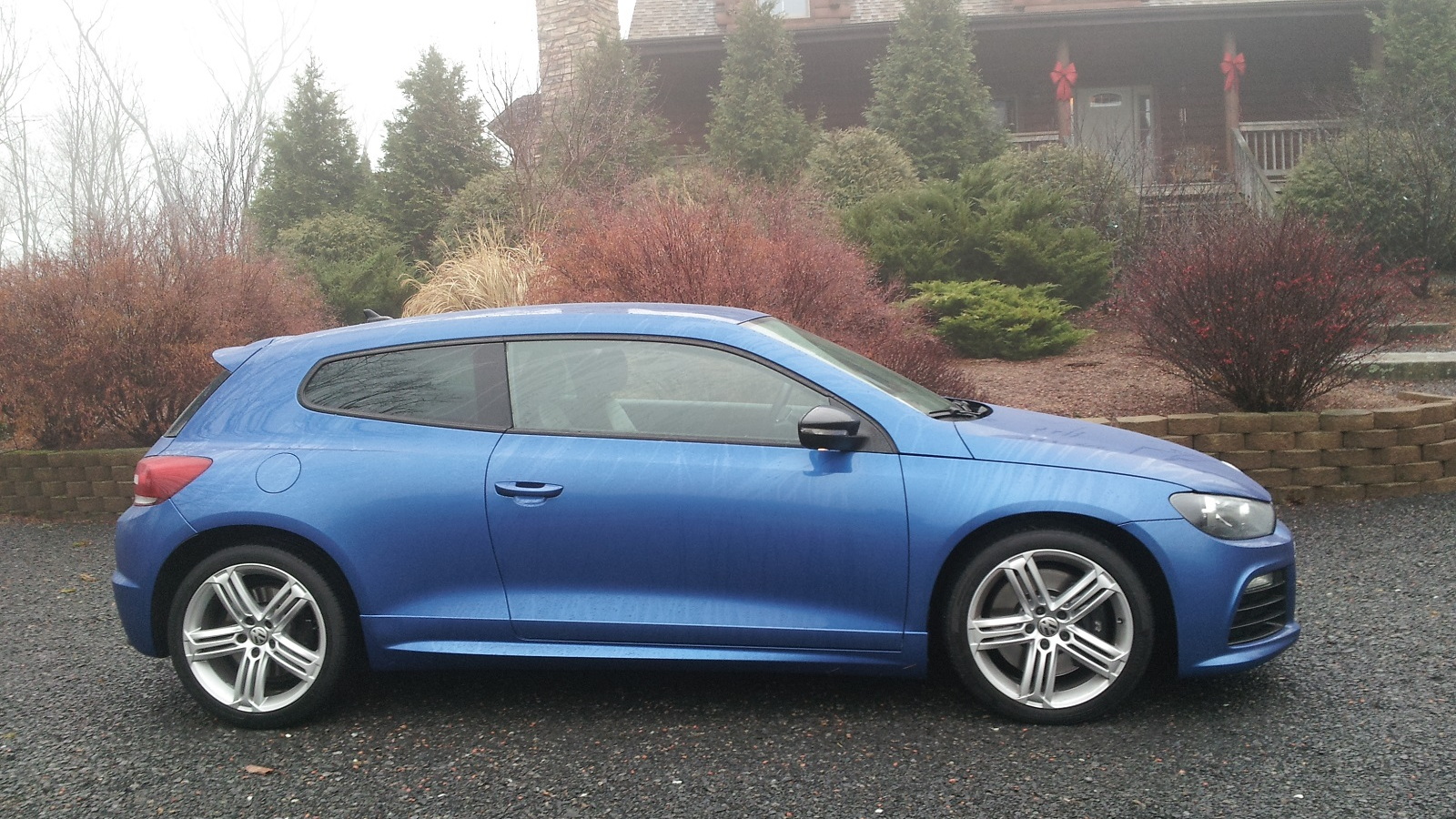 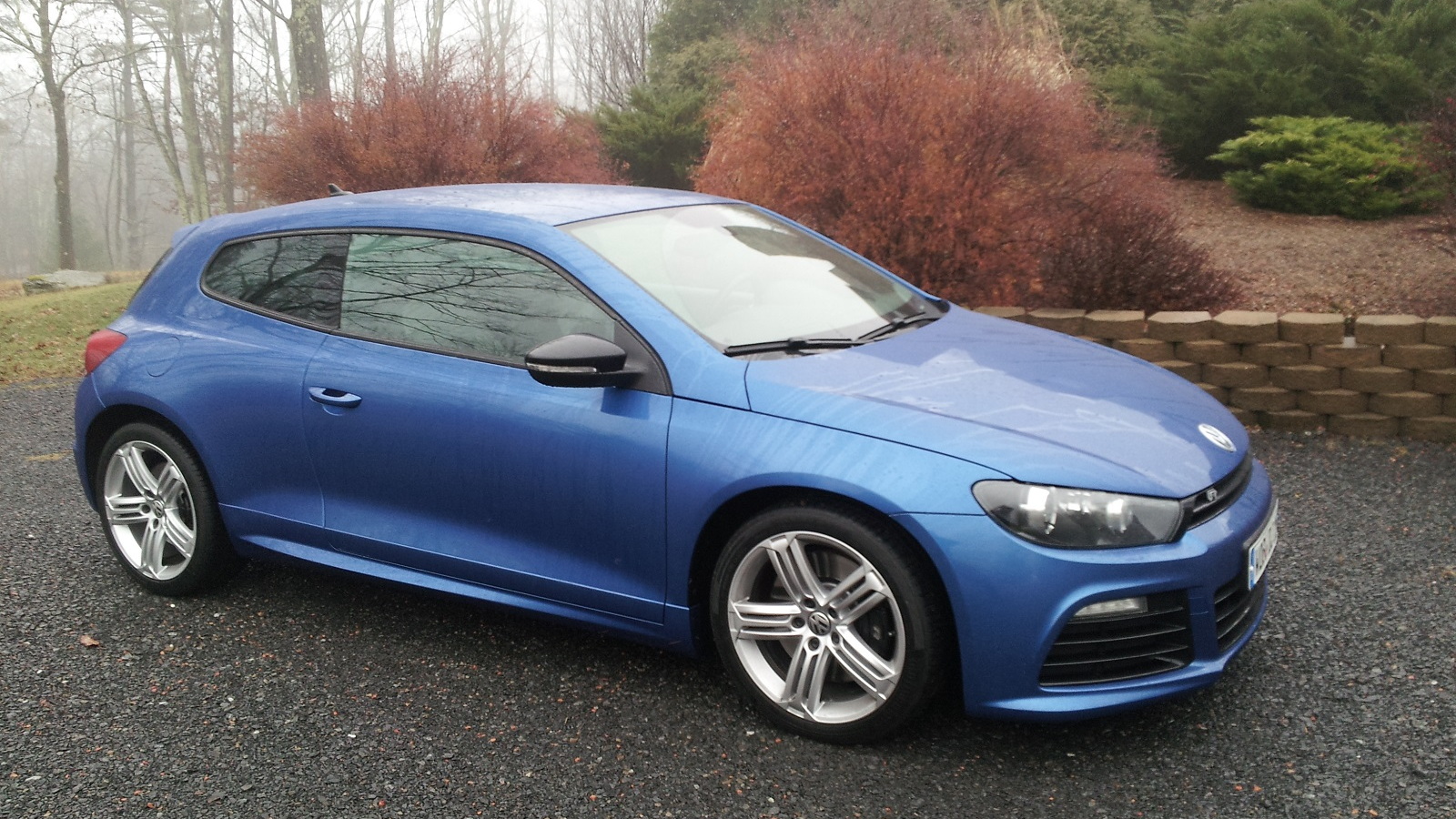 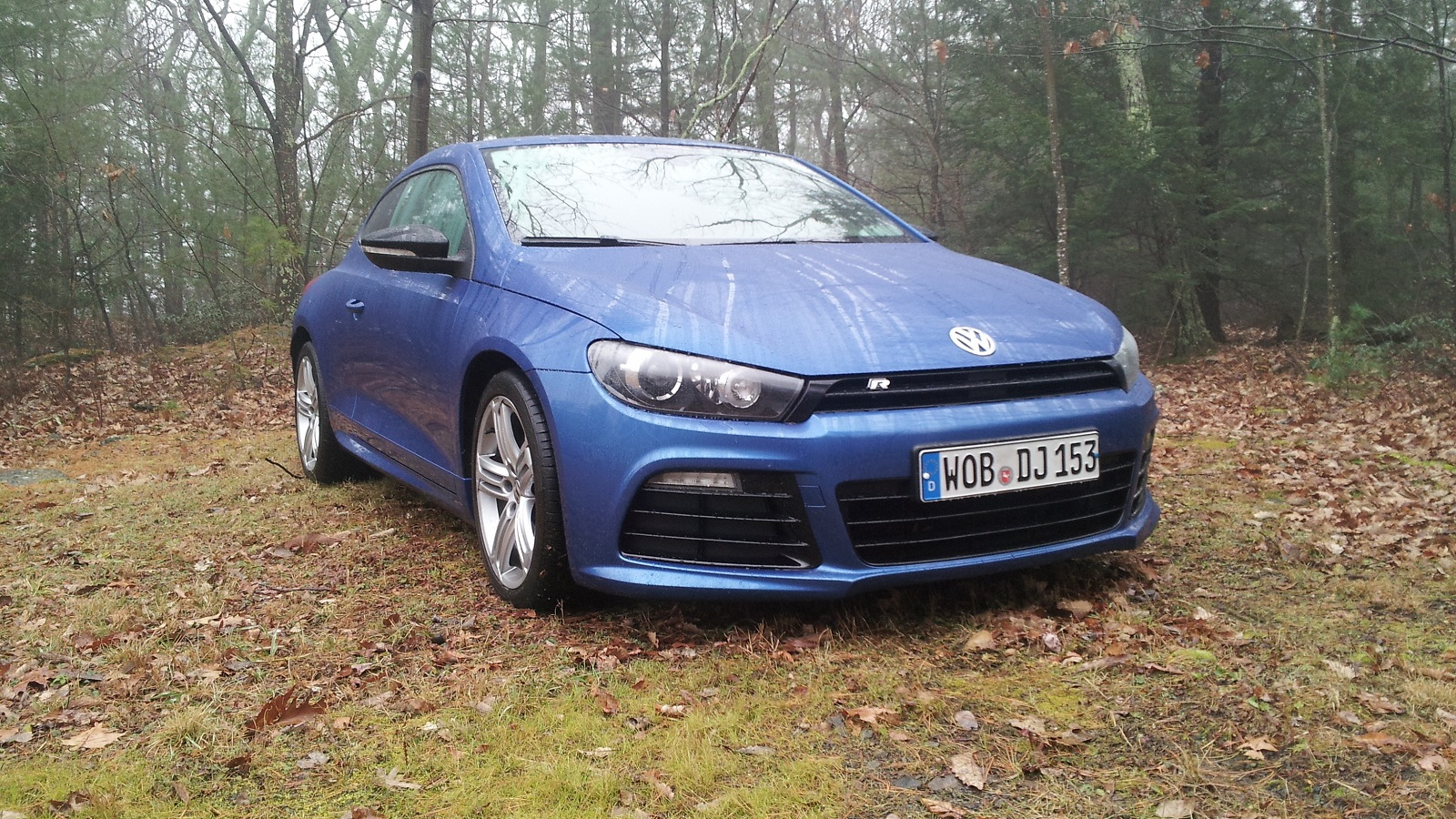 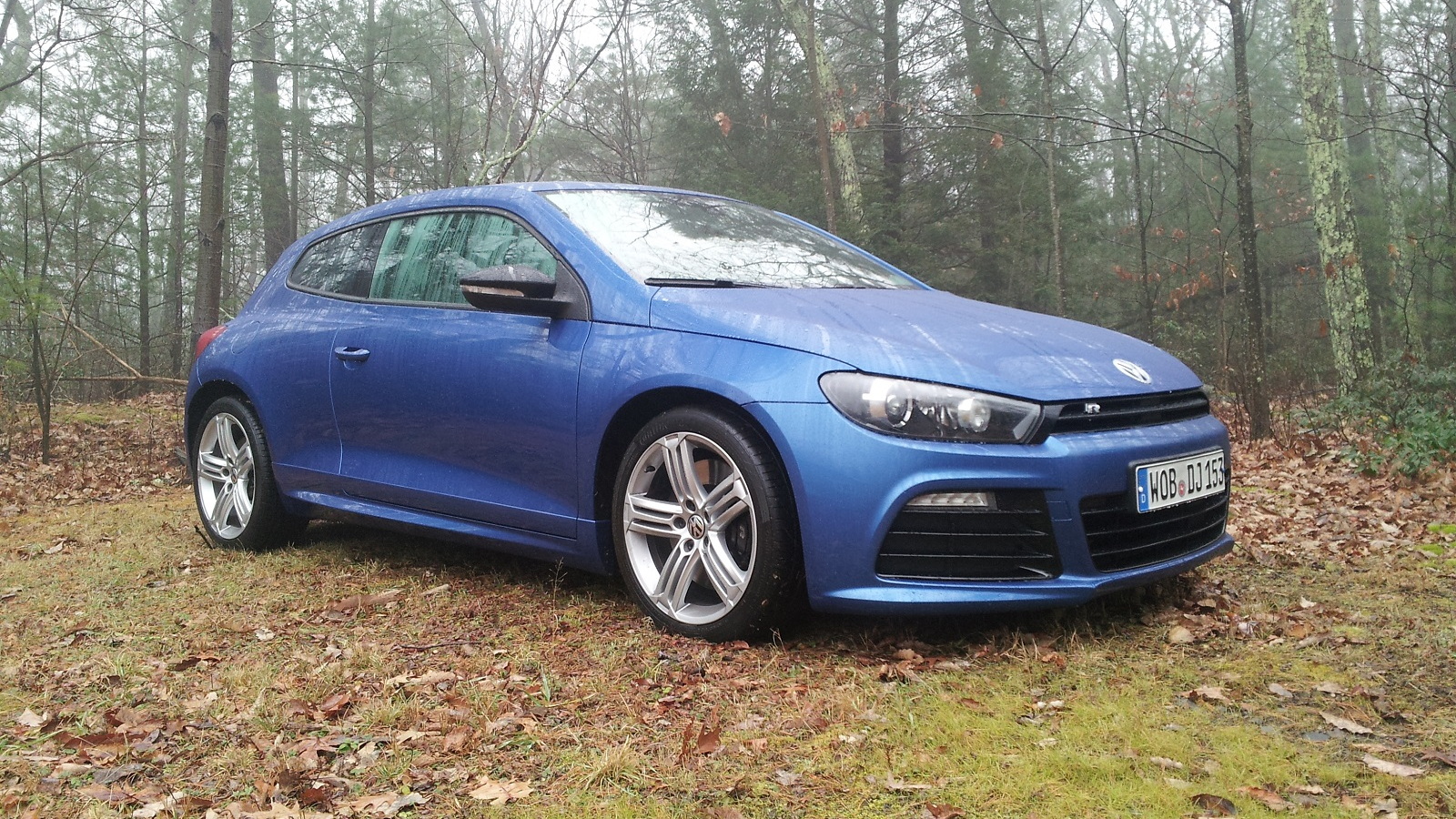 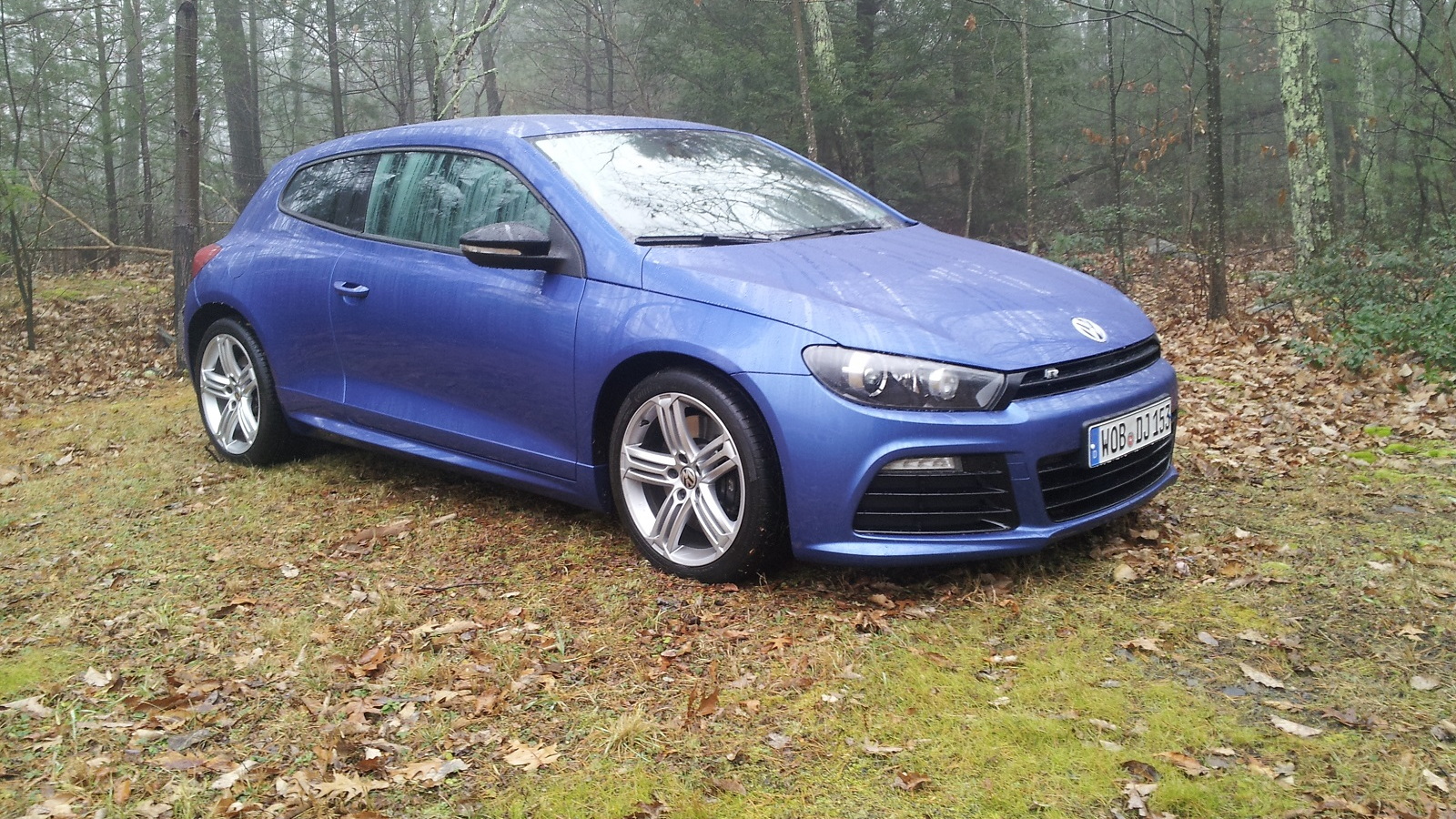 16
photos
Some cars just draw looks, and the Volkswagen Scirocco R is one of them.

From two utility workers stuck in traffic in their work van to a guy in an old compact crossover on the highway, we got stares, smiles, thumbs-ups, and questions.

Everyone wanted to know what the sleek, stylish coupe was. It's all long, low, horizontal lines, in a chest-height car with neatly swept-back corners.

The answer: The Volkswagen Scirocco is the relaunched version of Volkswagen's legendary Golf-derived sport coupe sold from 1974 to 1992.

The new Scirocco, launched in Europe in 2008, is built on the same underpinnings as the current Golf--but not sold in North America.

VW's U.S. arm has been letting auto journalists drive European-spec Sciroccos, both to get feedback on whether we like the car--we do, we do!--and to show off Volkswagen's global product portfolio.

It's the same strategy that gave us the charming little Volkswagen Up minicar--another forbidden fruit--for a memorable weekend during the spring of 2012.

In Europe, the Volkswagen Scirocco can be ordered with a variety of engines, from a 122-horsepower 1.4-liter gasoline four up through the top-of-the-line 265-hp turbocharged 2.0-liter four in the R model. (There's even a pair of 2.0-liter diesel engines.) A six-speed manual gearbox is standard.

We got the top-of-the-line Scirocco R with the most powerful engine, the 265-hp turbo four producing 258 lb-ft of torque, paired with the optional six-speed direct-shift gearbox (DSG) with paddle shifters mounted behind the steering wheel.

The interior is much higher quality than Volkswagen's mass-market U.S. cars, with soft-touch surfaces and an elegant appearance.

And it was a blast to drive.

The six-speed DSG worked exceptionally well in stop-and-go urban traffic--which not all DSGs handle with grace--and it snapped off fast shifts, one after the other, under power. Our only complaint was occasional hesitation on downshifts with the paddle shifters.

Volkswagen quotes acceleration from 0 to 62 mph in 5.8 seconds, and we believe it. Turbo lag was only noticeable for a fraction of a second after a stop, and the Scirocco simply surged forward steadily until we had to lift off.

The one odd note was the exceptionally close gearing; it was great for acceleration, but at an indicated 75 mph, the engine was turning over about 3000 rpm--which would mean it has to rev high indeed for higher Autobahn speeds.

While quiet on good surfaces, the Scirocco R proved to be exceptionally noisy on less smooth pavement. It was loud enough on grooved concrete highway that road noise required much louder conversation and turning up the audio just to hear the music.

One interesting feature of the hot turbo Scirocco is a sort of booming thump--a single beat--that occurred about a second after lifting off from hard acceleration.

At first, we thought the car next to us was playing music with a very loud bass. Then it happened again with no one around. It was kinda fun to make happen, actually.

Why didn't Volkswagen bring the new Scirocco to the U.S. when the storied model was relaunched in Europe as a 2009 model?

The company said at the time that it had never planned the car to "Federalize," or comply with the numerous Federal Motor Vehicle Safety Standards that apply to any car sold in the U.S.

Those standards would likely have required re-engineering some of the crash structures, changing elements of the interior, and possibly powertrain modifications as well.

All of that would have added cost to a car built in low volumes in Germany that was already likely to be expensive.

The price of the Scirocco R in Germany is just over 29,000 euros--or $38,700--before tax. One example of a high-cost feature: Each door window dropped a fraction of an inch to clear the seal when the door handle was triggered. You won't find that on any other small front-wheel-drive coupe.

And $40,000, even for the top-line model, is a lot when a Hyundai Veloster Turbo starts at $22,100. They're not comparable cars in many ways, including brand perception, but still.

VW may also not have felt the front-wheel-drive coupe market was particularly large or attractive. While Honda and Hyundai each have two-door coupe versions of their volume Civic and Elantra compact sedans, they're not entirely different models.

With the Toyota Celica long gone, only the Honda CR-Z, the Hyundai Veloster, and the Scion tC are left in the small coupe/hatchback segment.

And Volkswagen was probably wise to focus on lower-hanging fruit first.

In its renewed efforts to grow its U.S. sales substantially, VW chose to launch an all-new Passat mid-size sedan that competes directly with the Ford Fusion, Honda Accord, and Toyota Camry. That's a much, much larger segment than small coupes.

Its next vehicle is likely to be a seven-seat mid-size crossover utility vehicle, probably built in the same Tennessee assembly plant that builds the Passat. Again, crossovers are a much larger and more appealing market segment.

But assuming those plans are largely underway by now, perhaps Volkswagen is testing the waters to see whether the next Scirocco might prove attractive to U.S. buyers?

We can only hope so.