The new Infiniti Q50, which replaces the previous G37 sedan even though they'll be sold side-by-side, is certainly a good-looking car, even in stock form--though we've had some issues with the way it drives, and its infotainment, it was still impressive enough for nomination for the Best Car To Buy award from The Car Connection. Fortunately, Infiniti knows how to build on a strength.

That's exactly what you can expect of the Q50 Eau Rouge, which leverages the brand's involvement with Formula 1 world champion Sebastian Vettel and Red Bull Racing for a new high-performance concept car that will make its global debut at the 2014 Detroit Auto Show. The "Eau Rouge" name is, of course, a reference to the famous corner at the Belgian Spa-Francorchamps circuit. Today, a new video teasing the special-edition's arrival has hit the web. A teaser image of the car was released earlier this month.

Key changes for the Eau Rouge edition include new aerodynamics and styling treatments, some of which are highlighted in the teaser image above. Full details will be revealed closer to the car's official unveiling.

While there will be plenty of other high-profile performance cars at the Detroit show next month, including the 2015 Ford Mustang and the 2015 Chevy Corvette Z06, the Q50 Eau Rouge appears to aim for a different mark.

“Performance is a key pillar of Infiniti’s DNA and this car expresses a deepened design interpretation of that. The Q50, with an abundance of technologies, provides a great basis for an extreme performance version, embodied in the design of Q50 Eau Rouge,” said Alfonso Albaisa, executive design director at Infiniti. 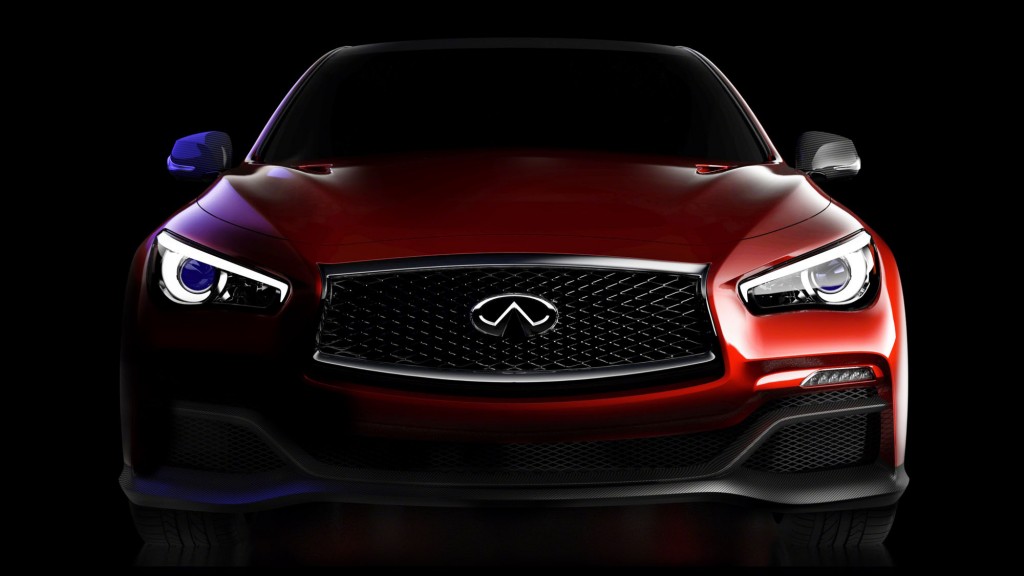