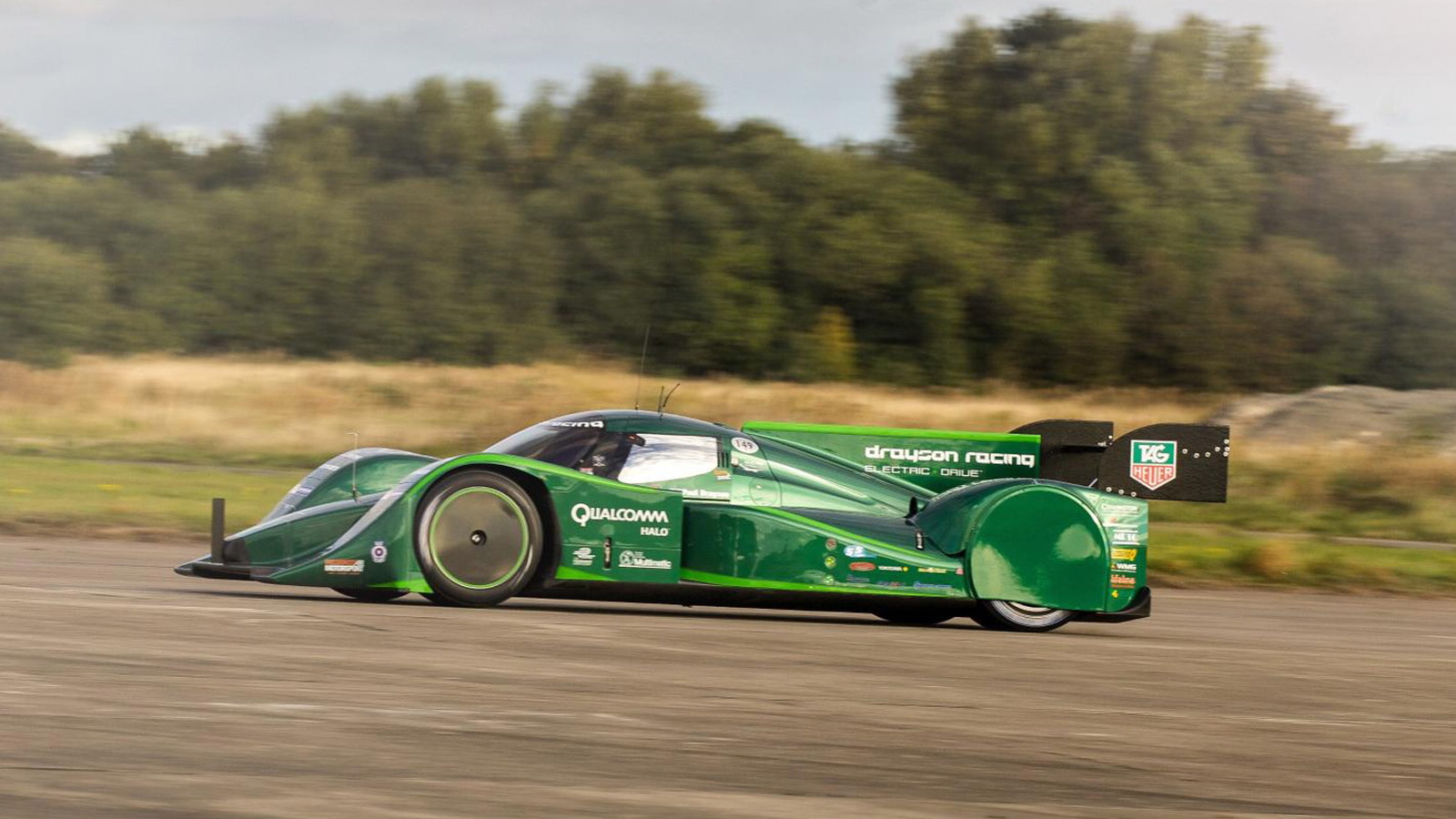 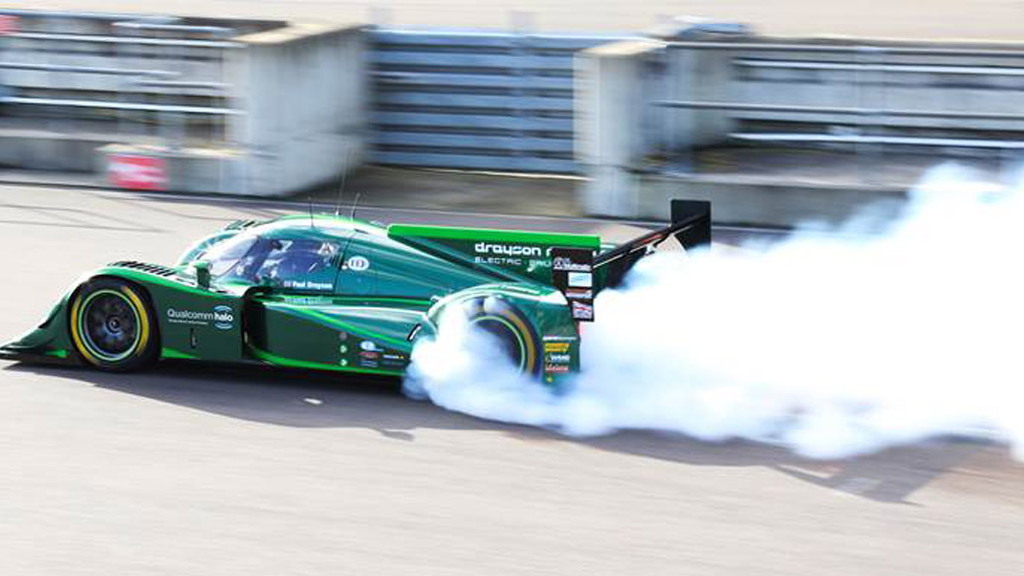 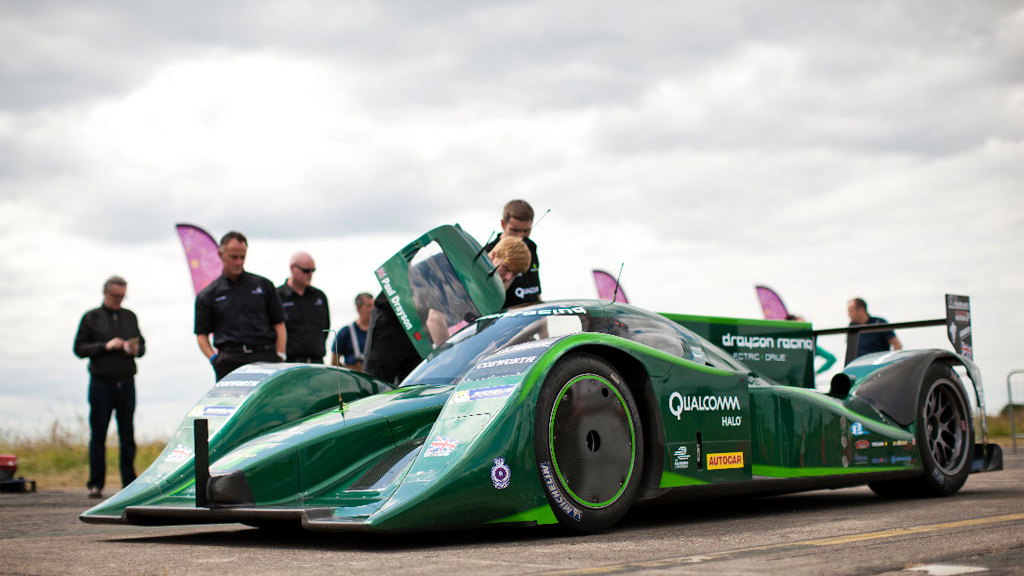 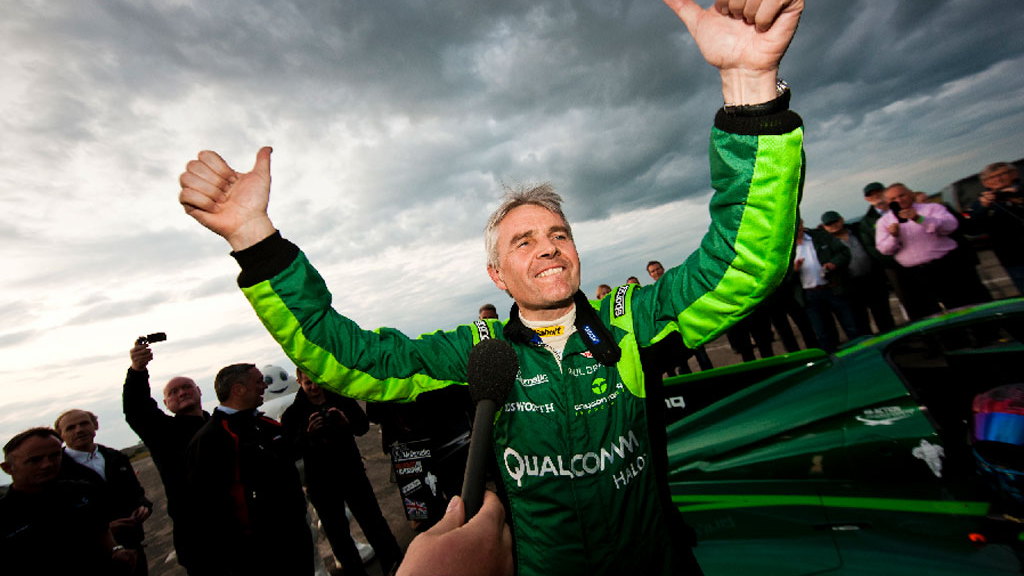 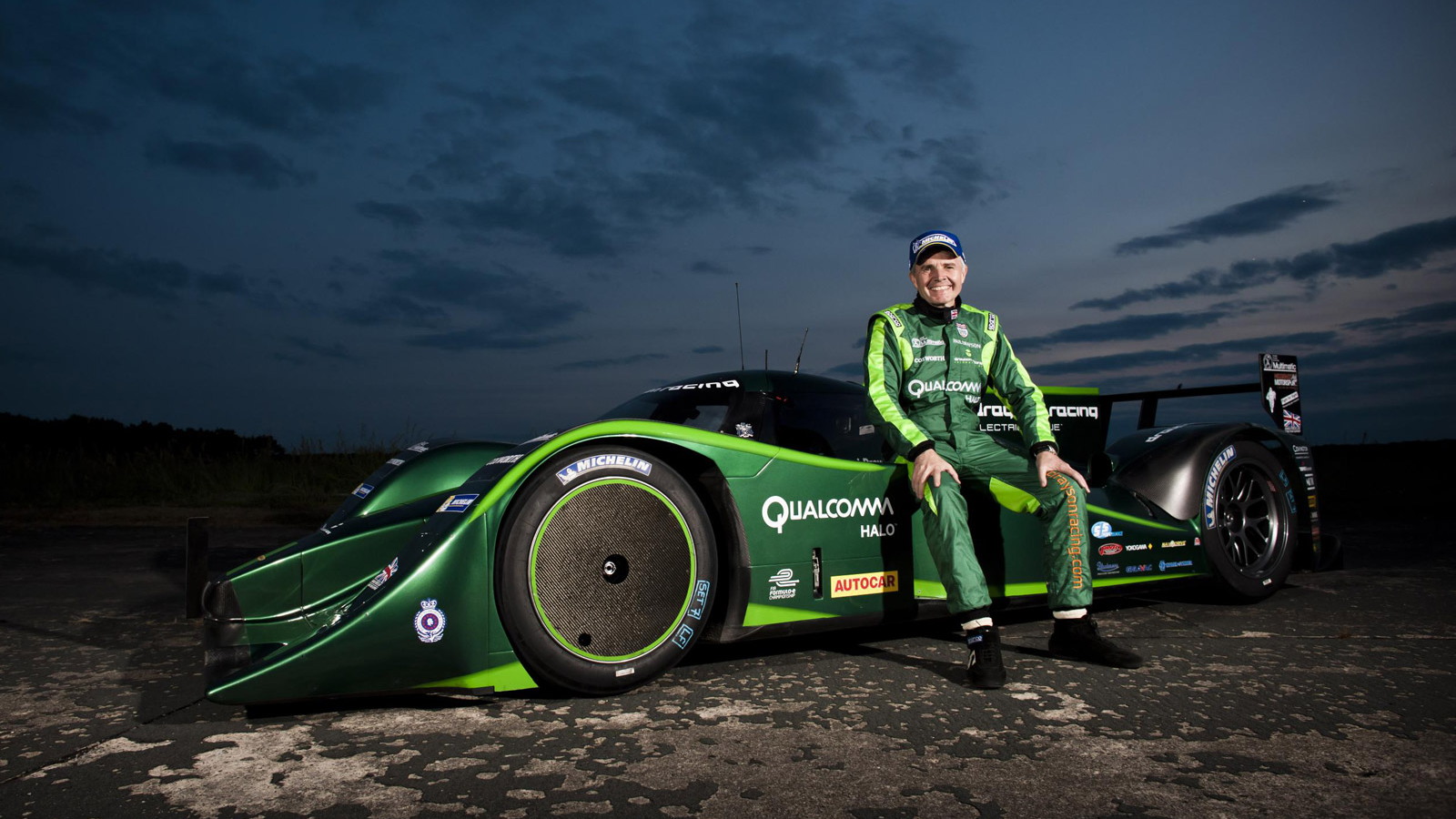 6
photos
Back in June, Drayson Racing, led by former British science minister and avid racer Lord Paul Drayson, set a new record using an electric version of a race car originally developed for the American Le Mans Series. The record was for the highest speed achieved in one mile by an electric race car in the FIA's sub-1000 kilogram (2,200 pounds) category, and was set at 204.185 mph.

Not satisfied with the result, Drayson Racing took its 596-kilowatt (800 horsepower) electric Le Mans prototype to the Bonneville Salt Flats in Utah recently in an attempt to beat its own record. Due to flooding in Bonneville, the attempt was relocated to Elvington Airfield in the U.K. Having completed several runs, Drayson Racing now has a handful of records to boast.

One is the same highest speed record achieved in one mile by an electric race car in the FIA's sub-1000 kilogram category, with the new record standing at 205.139 mph. Another is for the highest speed over one kilometer, which now stands at 333.271 kph (207.8 mph). The speeds were an average of two runs completed within an hour at Elvington Airfield, England.

Finally, Drayson Racing’s electric Le Mans prototype also set a new record for acceleration over a measured quarter mile from a standing start, once again for an electric race car in the FIA's sub-1000 kilogram category. It needed just 9.742 seconds to cover the distance and reached a speed of 92.383 mph. Unofficially, the prototype reached a top speed of 219.1 mph during what Drayson Racing describes as difficult and windy conditions.

Drayson Racing's electric Le Mans prototype is called the B12 69/EV and is based on a Lola chassis designed for a V-10 powerplant. Power in the latest version comes from four electric motors, two at each of the rear wheels. Peak output registers at the aforementioned 596 kilowatts and providing the current is a 20-kilowatt-hour battery encased in a carbon battery cell integrated into the chassis. Driving it during the record attempt was Lord Paul Drayson himself.