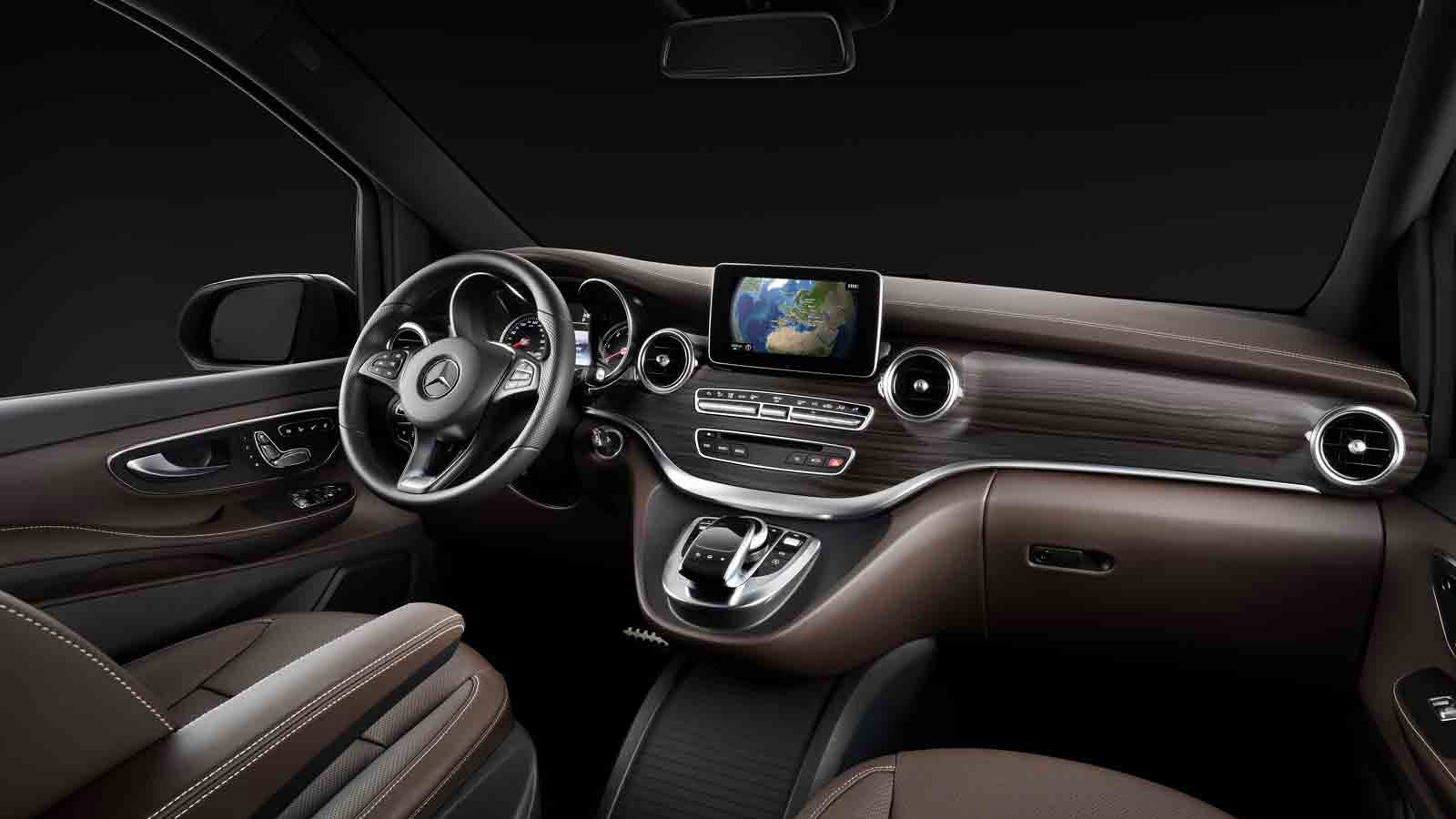 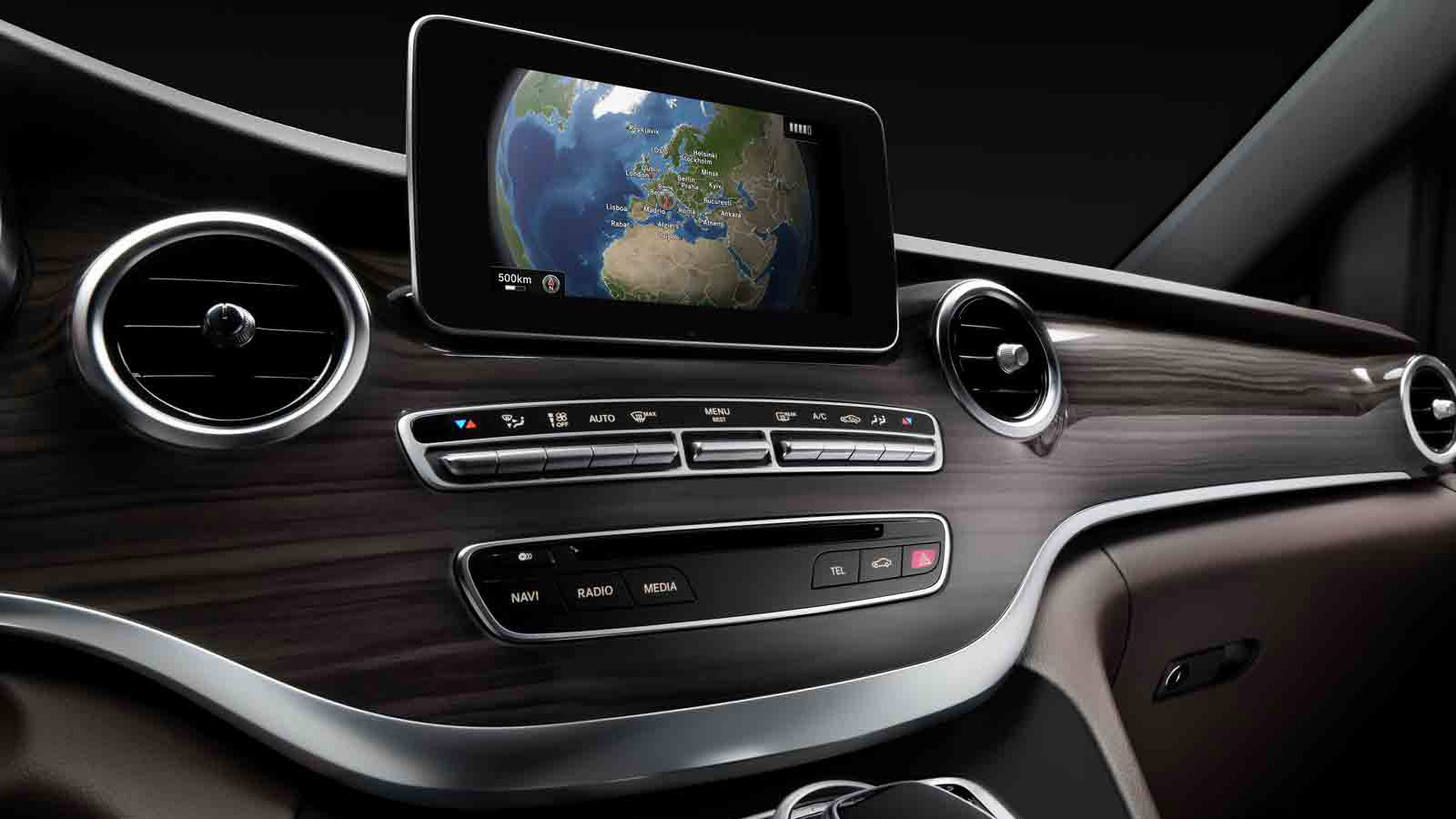 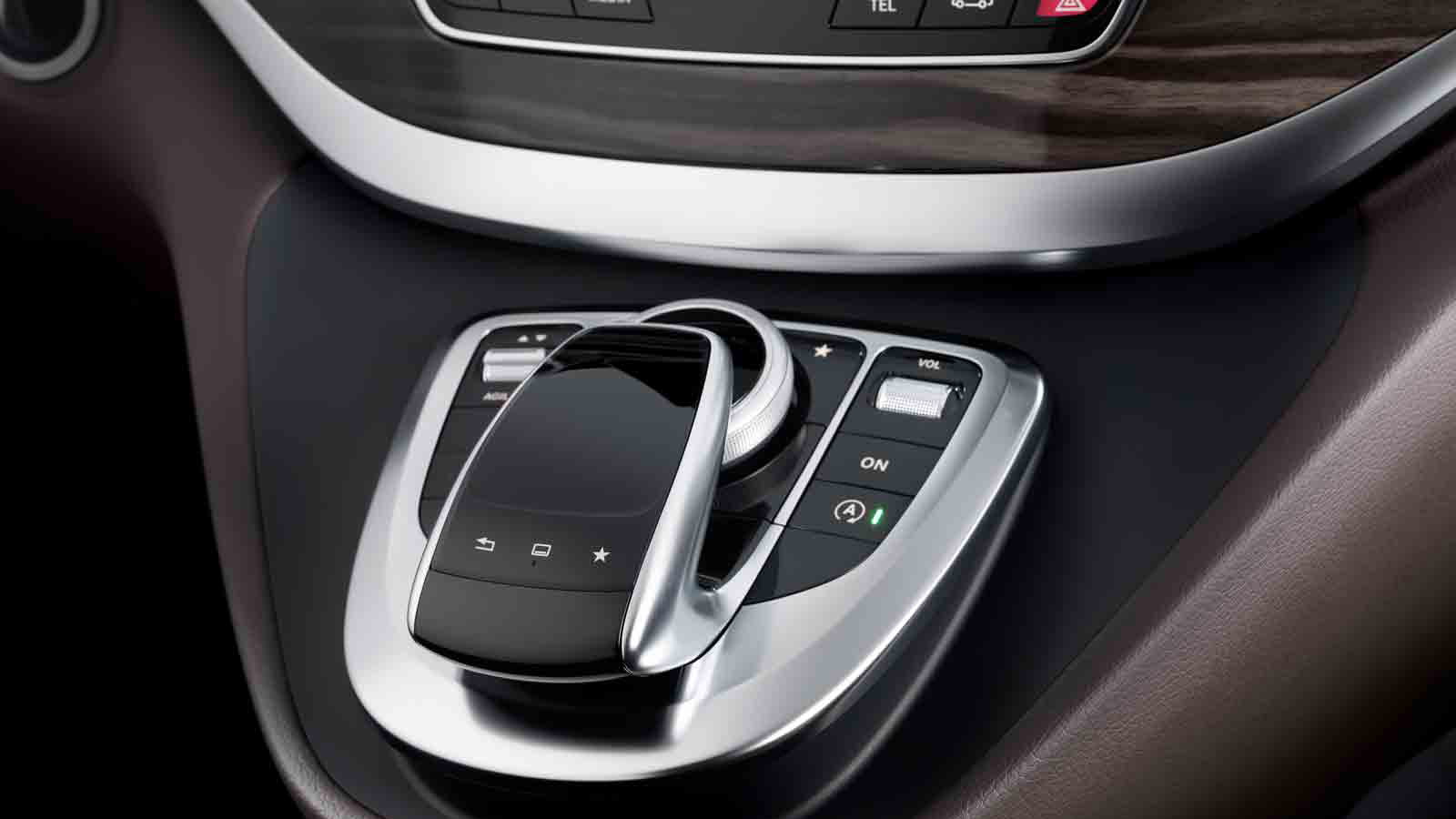 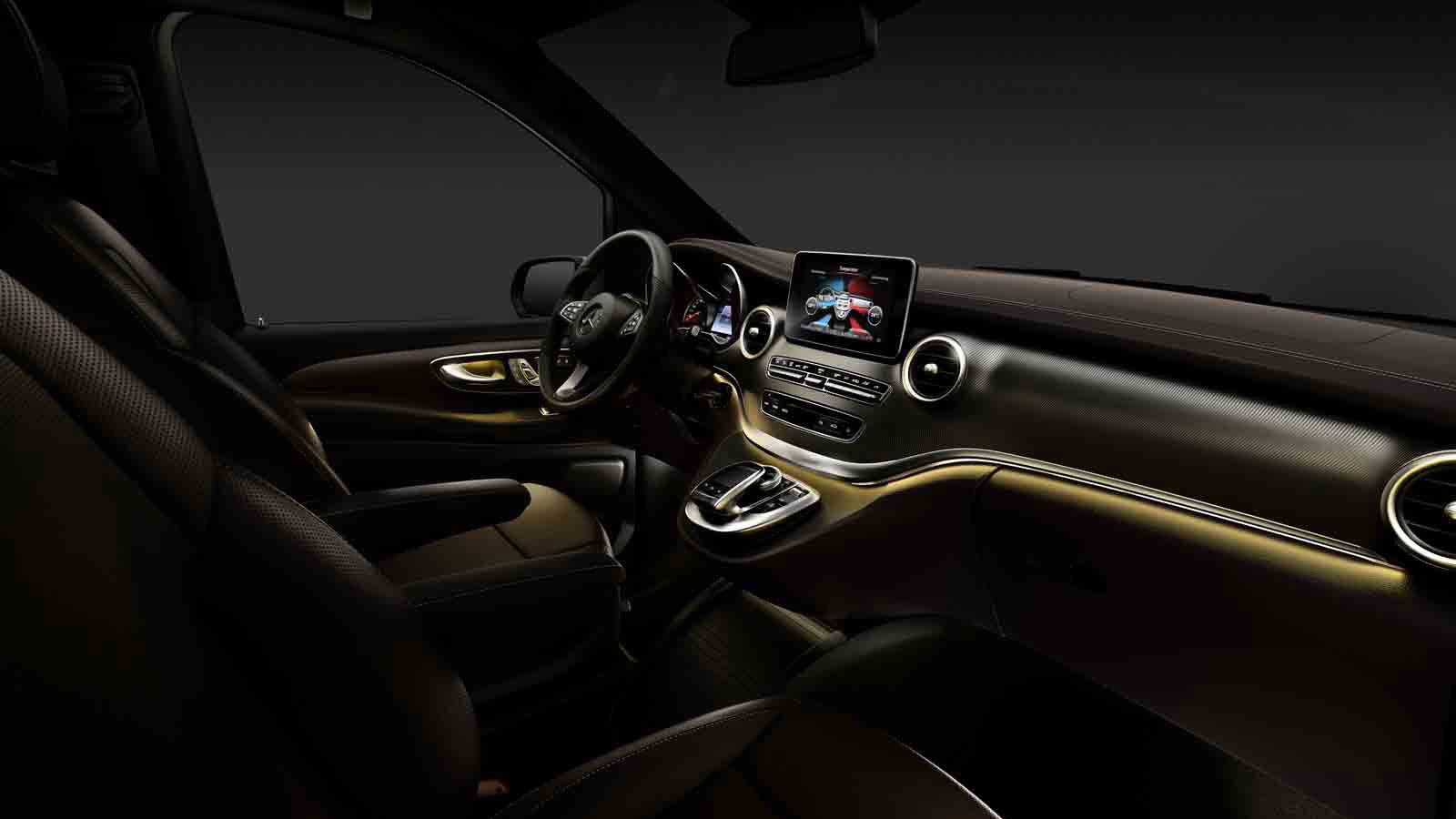 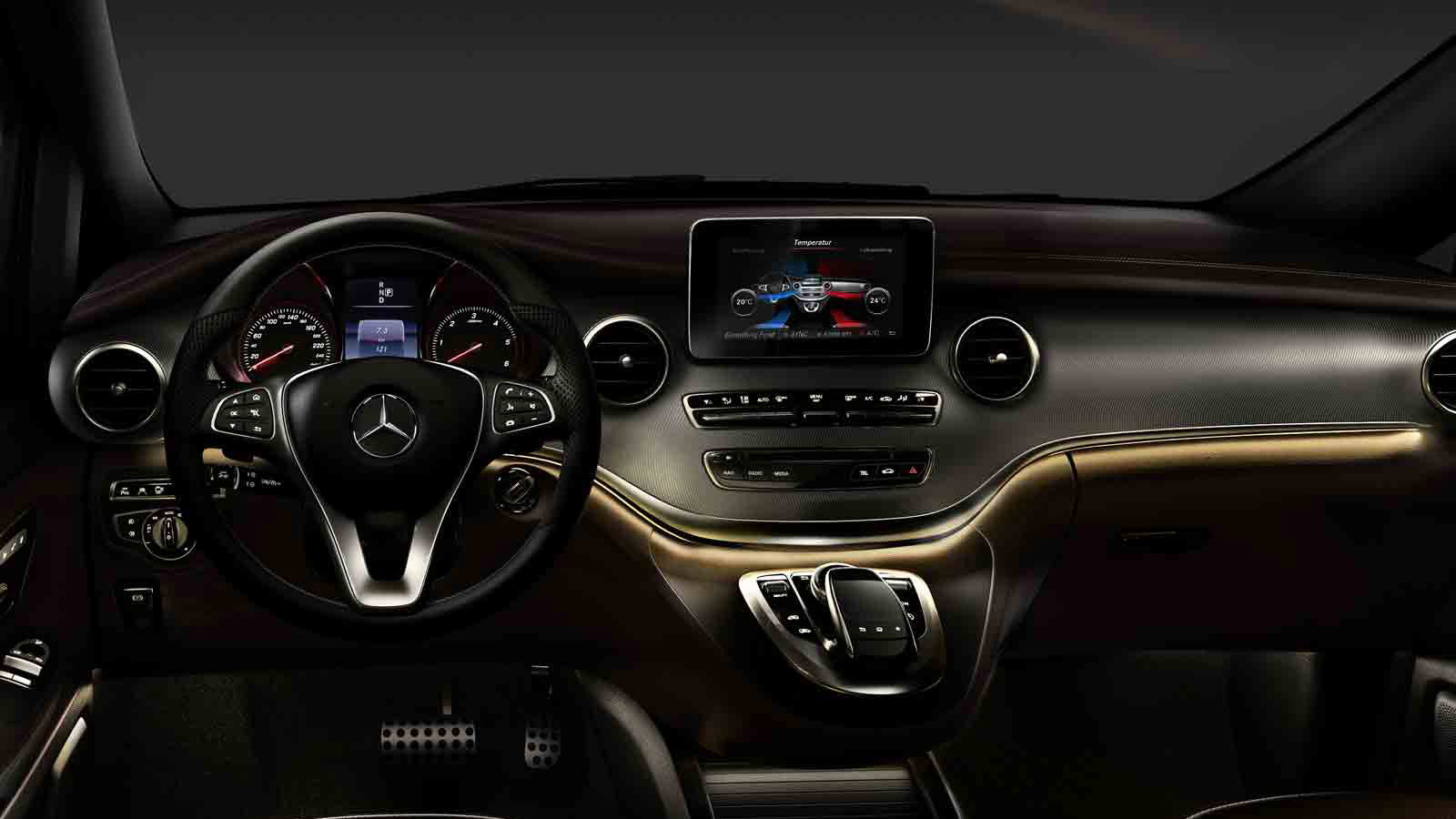 Mercedes-Benz is working on a replacement for its Viano line of vans and today the first images of the vehicle have surfaced, albeit they only show the interior. The Viano isn’t sold in the U.S. but there’s speculation this new model, which will revive Mercedes’ V-Class moniker, will be offered locally.

A rugged and more utilitarian version of the V-Class will be aimed at commercial buyers, while a more upmarket version, whose cabin is featured here, will be targeted at buyers of the former R-Class MPV. Our own spy shots of a prototype (featured below) show a conventional van body with Mercedes’ current headlight and grille treatment.

The V-Class will have a dual-trunk system where the rear window will open separately to the main tailgate, offering easy and quick access to the trunk for smaller items.  Inside, there will be a tiered seating system helping to maximize space. Expect there to be a choice between seven- and eight-seater configurations.

Being a Mercedes, the V-Class will be packed with many of the latest safety technologies. These will include driver assist features borrowed from the E-Class and S-Class models, such as blind spot monitoring, parking aids, crosswind assist and a sleep monitor. Mercedes’ COMAND interface with control wheel will also be fitted as standard.

The new V-Class is expected to debut at the 2014 Geneva Motor Show next March. Sales in Europe should commence shortly after. Details on any U.S. launch should be available closer to the Geneva reveal.