There's no doubt the 2014 Chevy Corvette Stingray is a truly impressive performance car, from its electronically actuated limited-slip differential to its direct-injected, 460-horsepower LT1 V-8. But it might soon become even more advanced: GM has filed a patent for a seven-speed dual-clutch transmission.

The news comes by way of Corvette Forums, where the speculation is, predictably, along Corvette lines.

But there's still a chance that the automatic-transmission Corvettes might not get the new dual clutch, instead making do with an upcoming eight-speed automatic transmission. That idea is backed up by a report from last year indicating that an Aisin-sourced eight-speed would get the nod for the non-manual Stingray.

Of course, the answer might not be an either/or proposition, but both. Having just filed a patent, GM is certainly nowhere near beginning production of a dual-clutch gearbox, and even once production starts, fitting it into the Corvette and tuning it for appropriate performance characteristics would take time. In the mean time, GM may decide to upgrade from the current six-speed gearbox to the eight-speed (though we don't really have any issues with the six-speed as it sits).

At this point, it's all highly speculative, of course, but there's reason to think a dual-clutch Stingray might become a reality in the next few years, bringing a beautiful symmetry with the seven-speed manual already offered. And that's just a solar flare on the surface of the sun that is the 2014 Corvette. 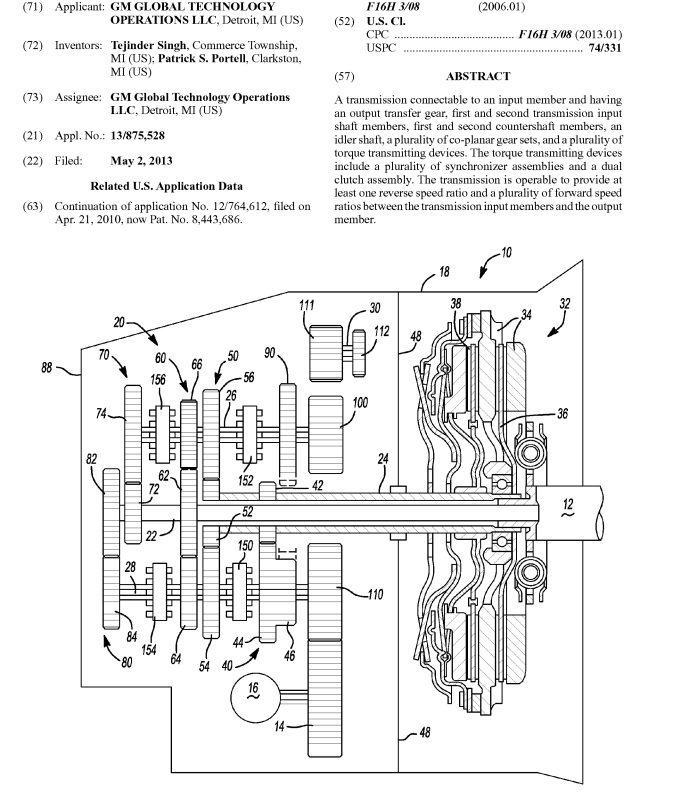