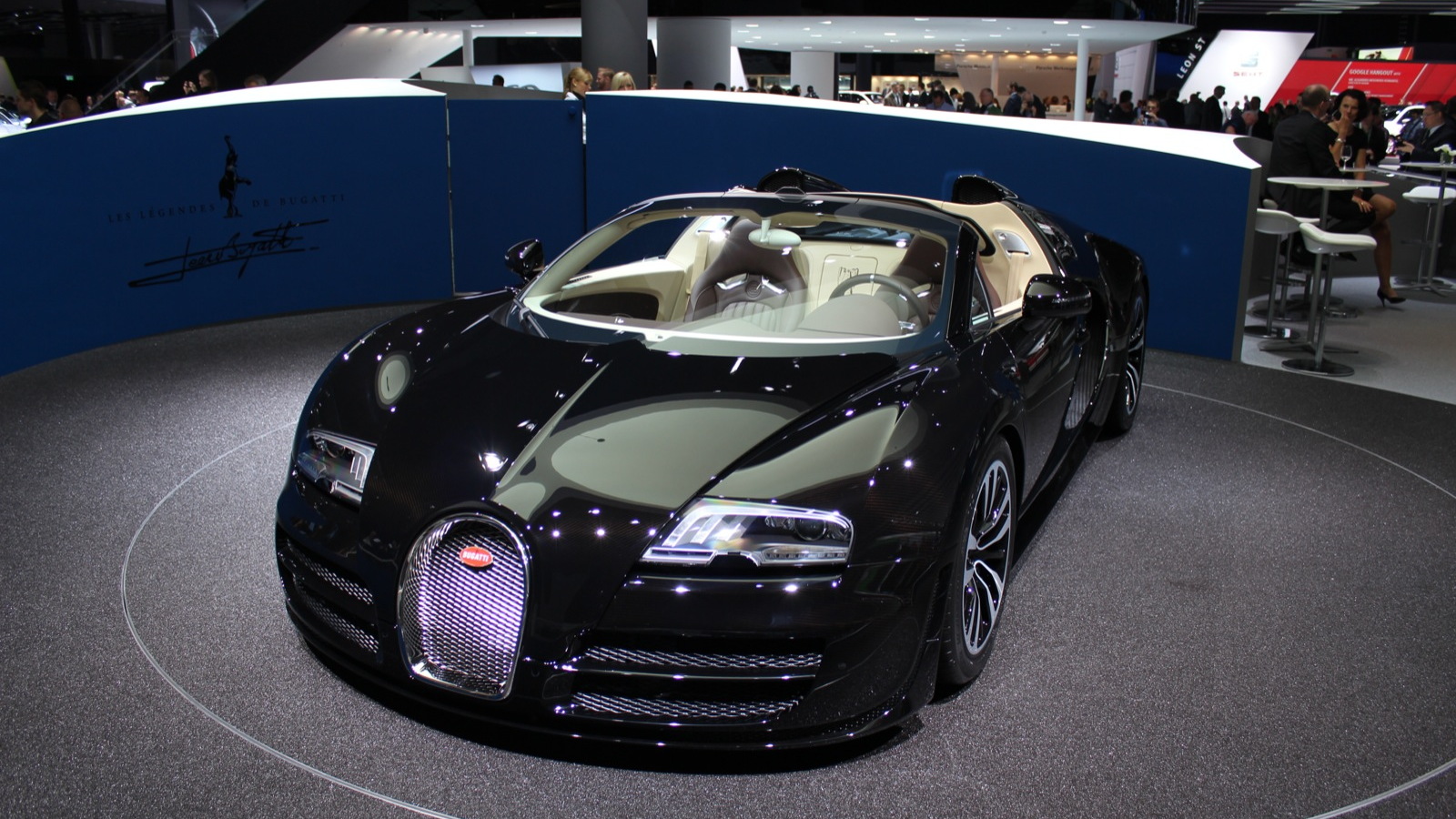 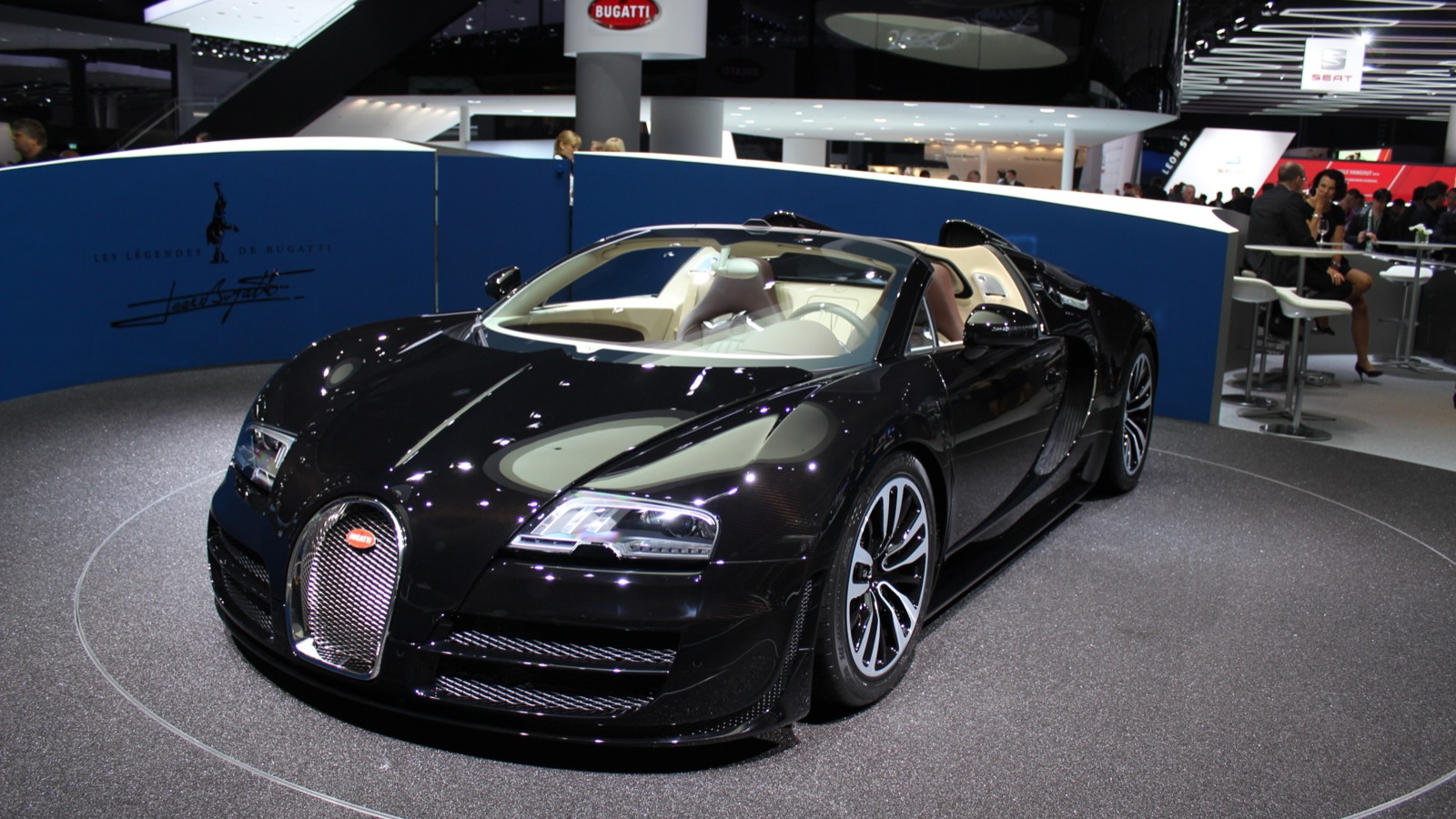 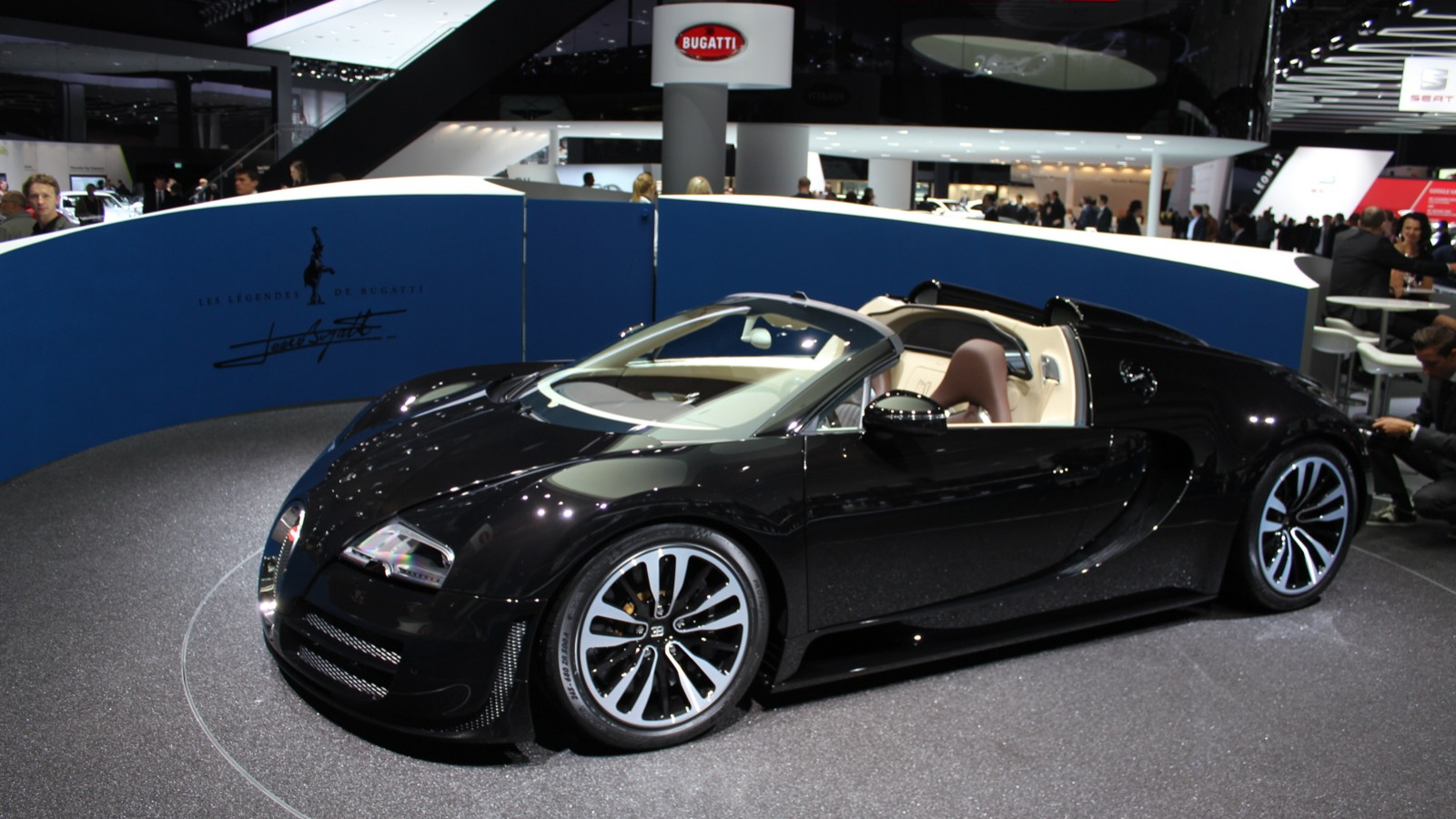 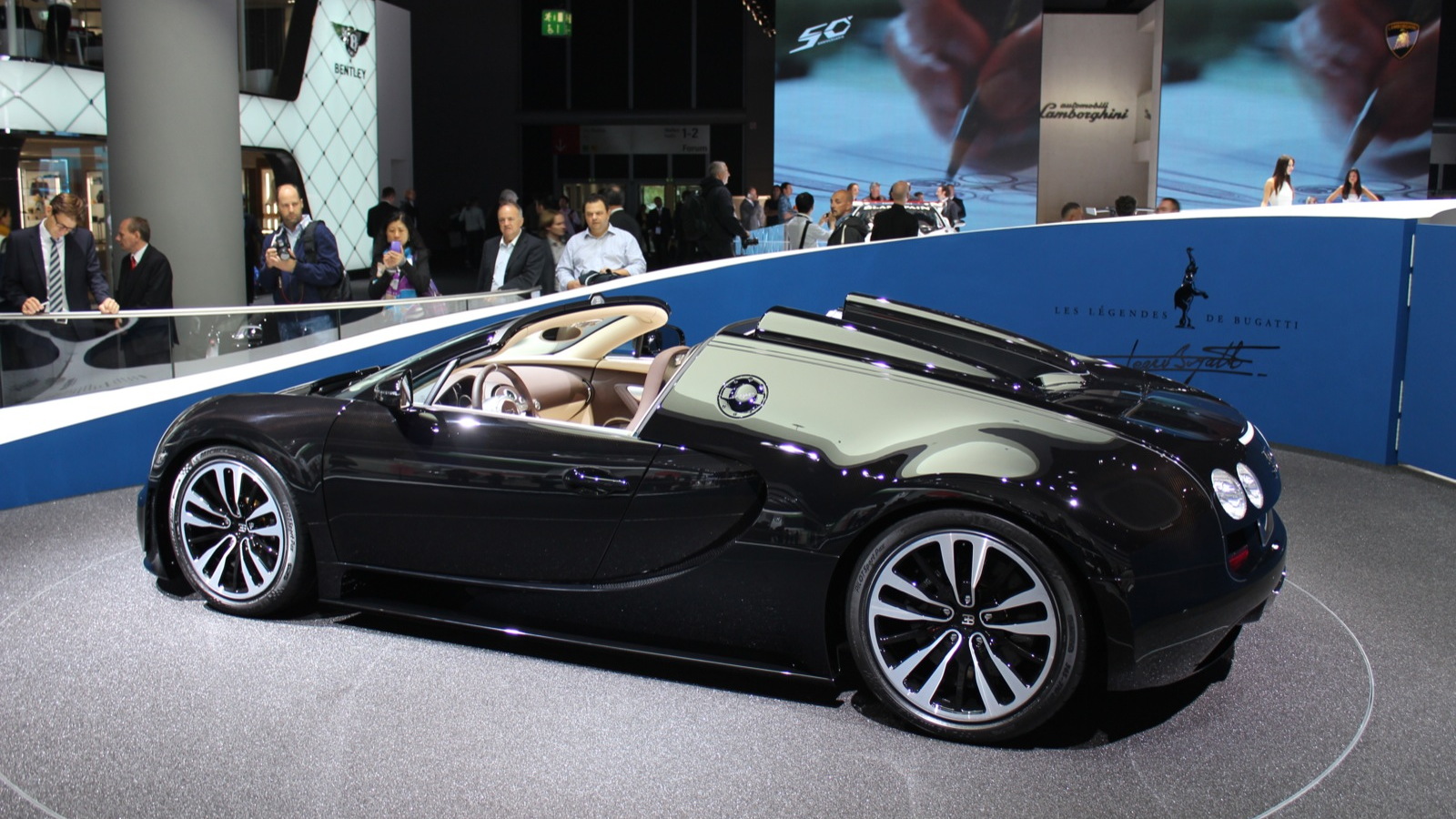 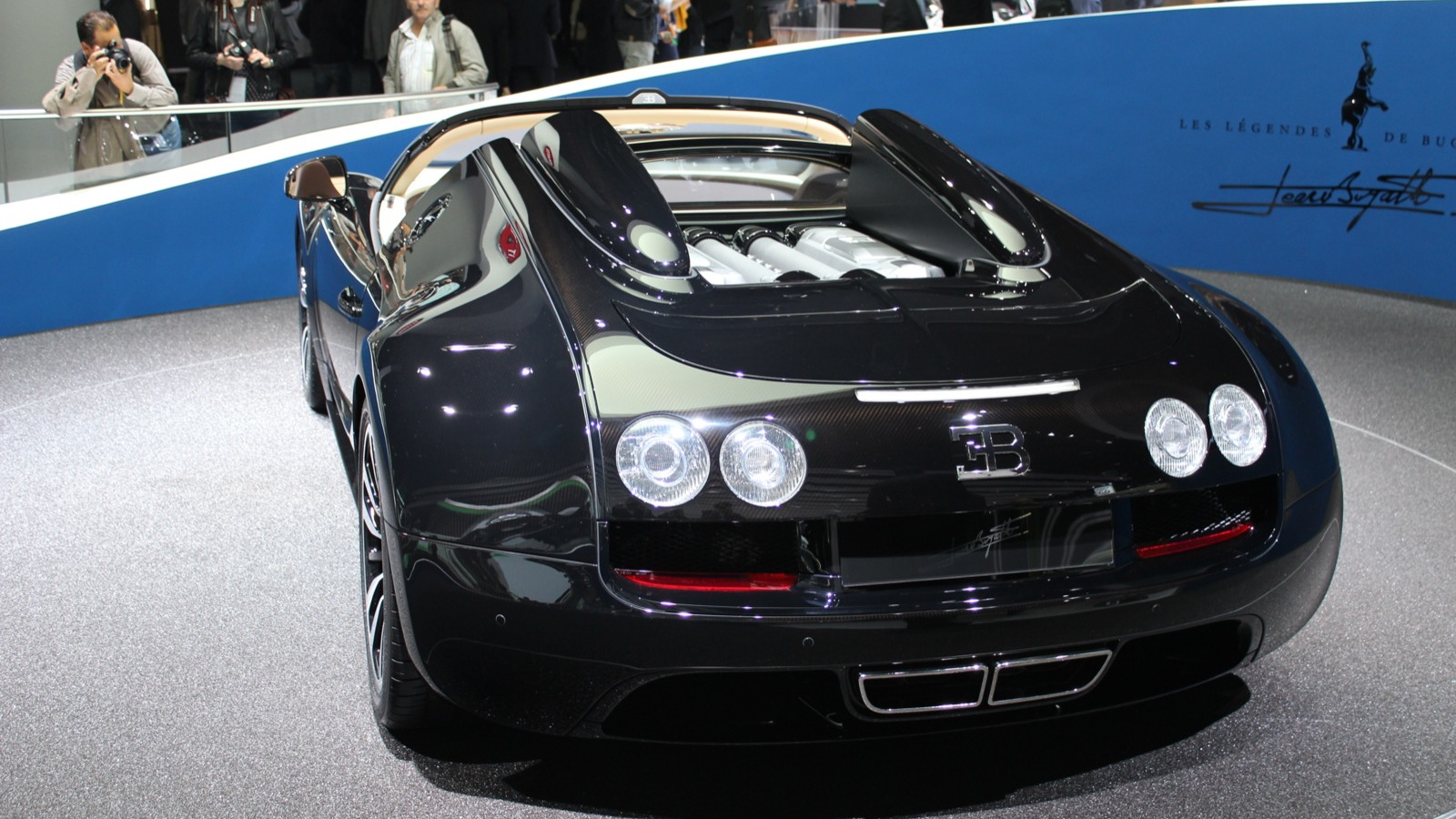 21
photos
The Bugatti Veyron has long, long legs. It's been on the market since 2005 in one form or another, evolving over the better part of the past decade from its original 1,000-horsepower specification to a range of Grand Sport, Grand Sport Vitesse, and limited-edition models. A new special edition has joined the flock, having made its debut this week at the 2013 Frankfurt Auto Show.

The new special edition is the Bugatti Legend ‘Jean Bugatti’ Veyron Grand Sport Vitesse, one of six special edition Veyrons Bugatti is launching in honor of the men that have shaped the marque’s history. Four more are yet to be revealed.

This one, as its name suggests, honors Jean Bugatti, eldest son of Bugatti founder Ettore Bugatti. Its exterior colors and cabin detailing have been inspired by a particular Type 57SC Atlantic, the ‘La Voiture Noire,’ which served as the personal car of Jean Bugatti. Many of its exterior pieces, like the grille for example, are made from solid platinum.

Being based on the Veyron Grand Sport Vitesse, the car has a peak output of 1,184 horsepower and 1,106 pound-feet of torque--enough for a 0-62 mph sprint in just 2.6 seconds and a top speed of 254 mph, although it is governed to 233 mph in the interest of safety.