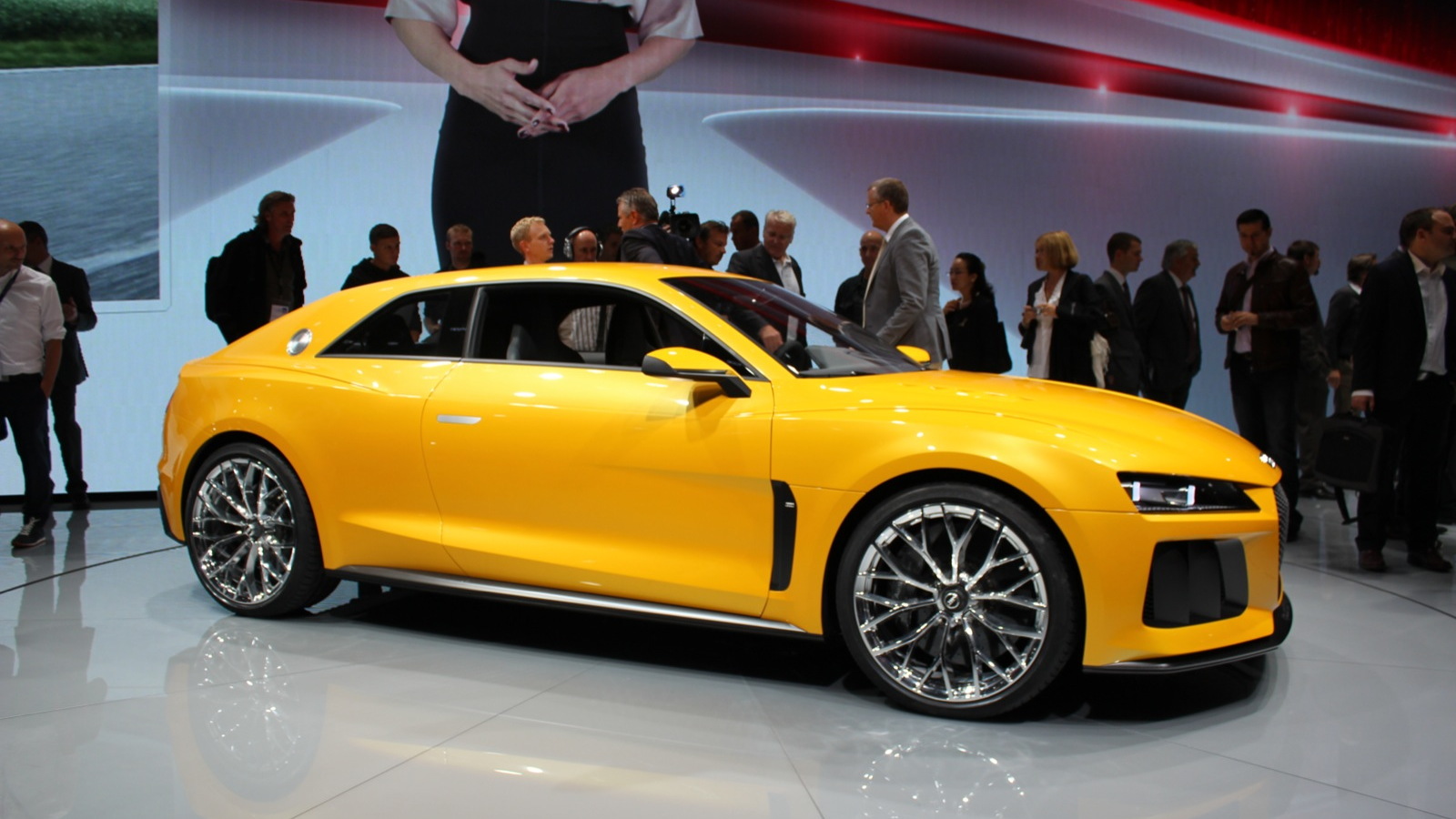 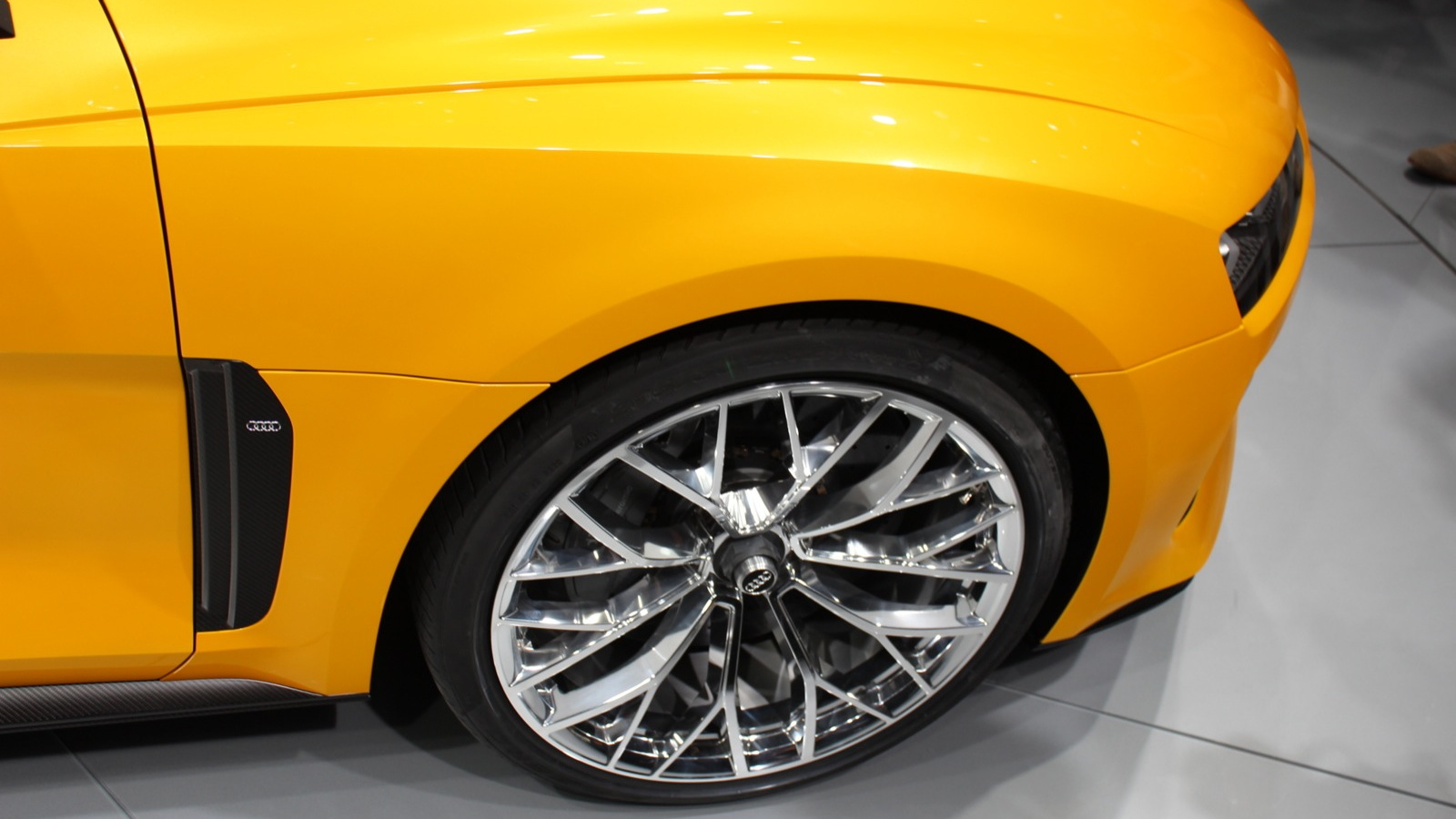 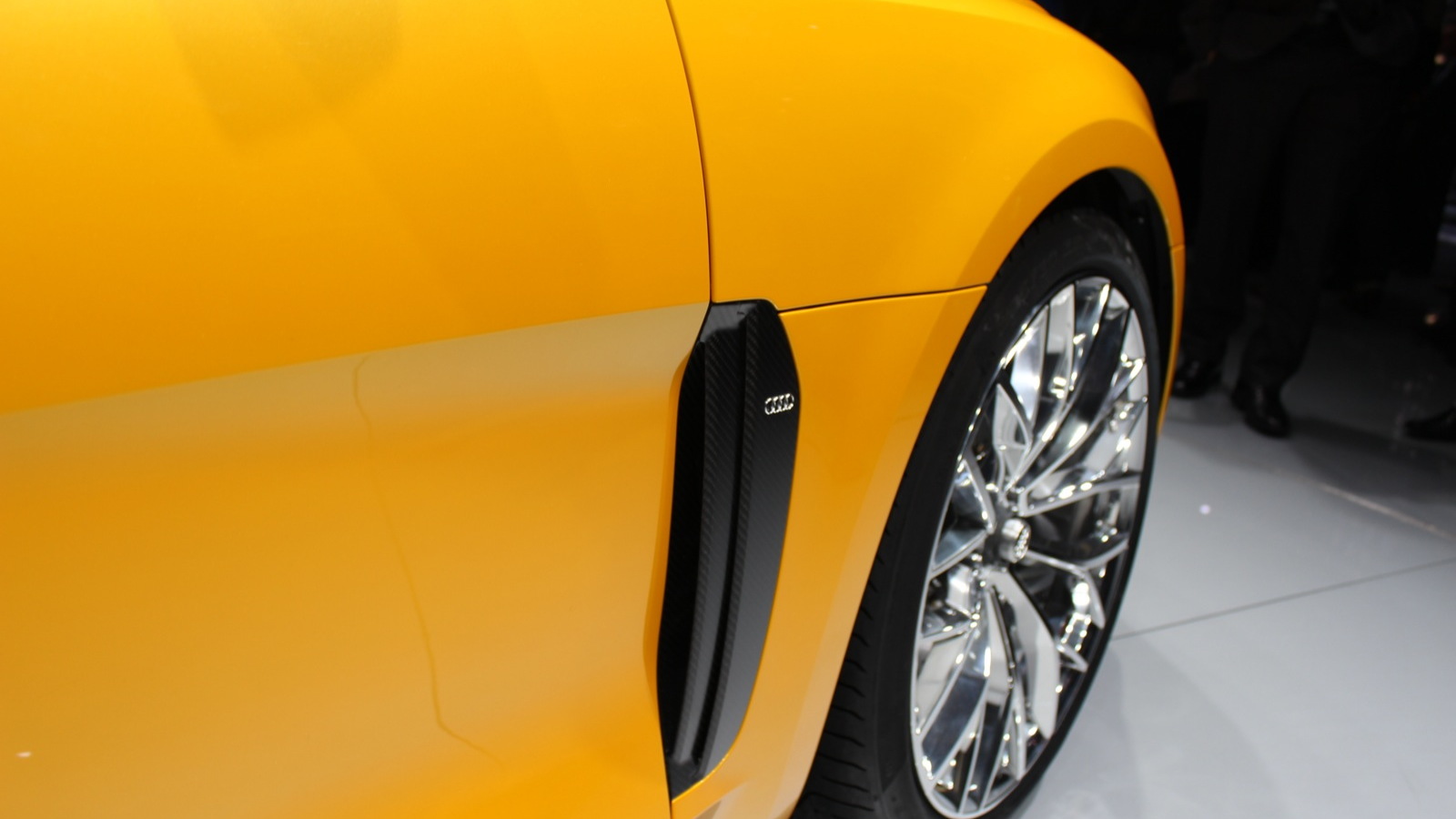 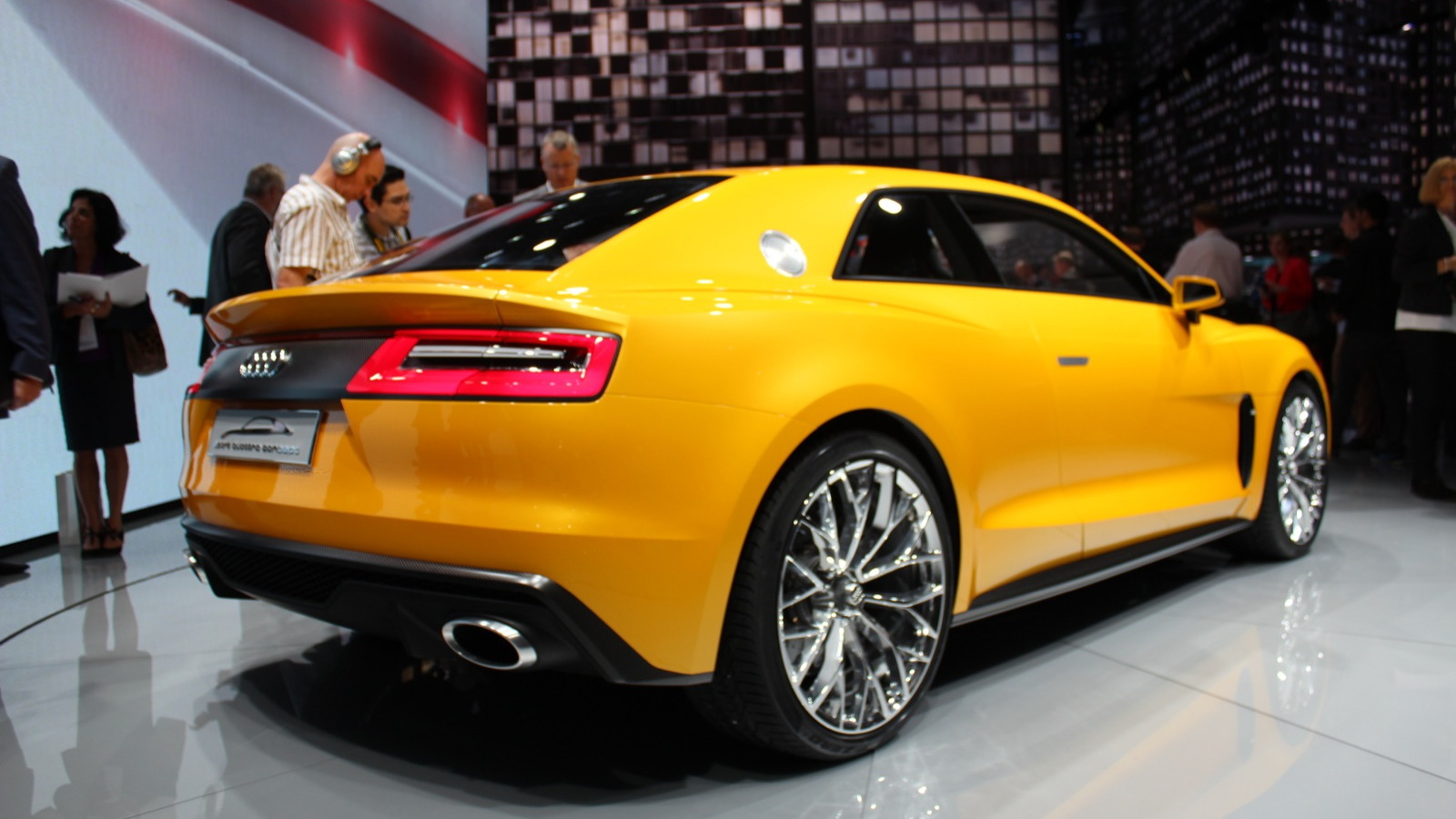 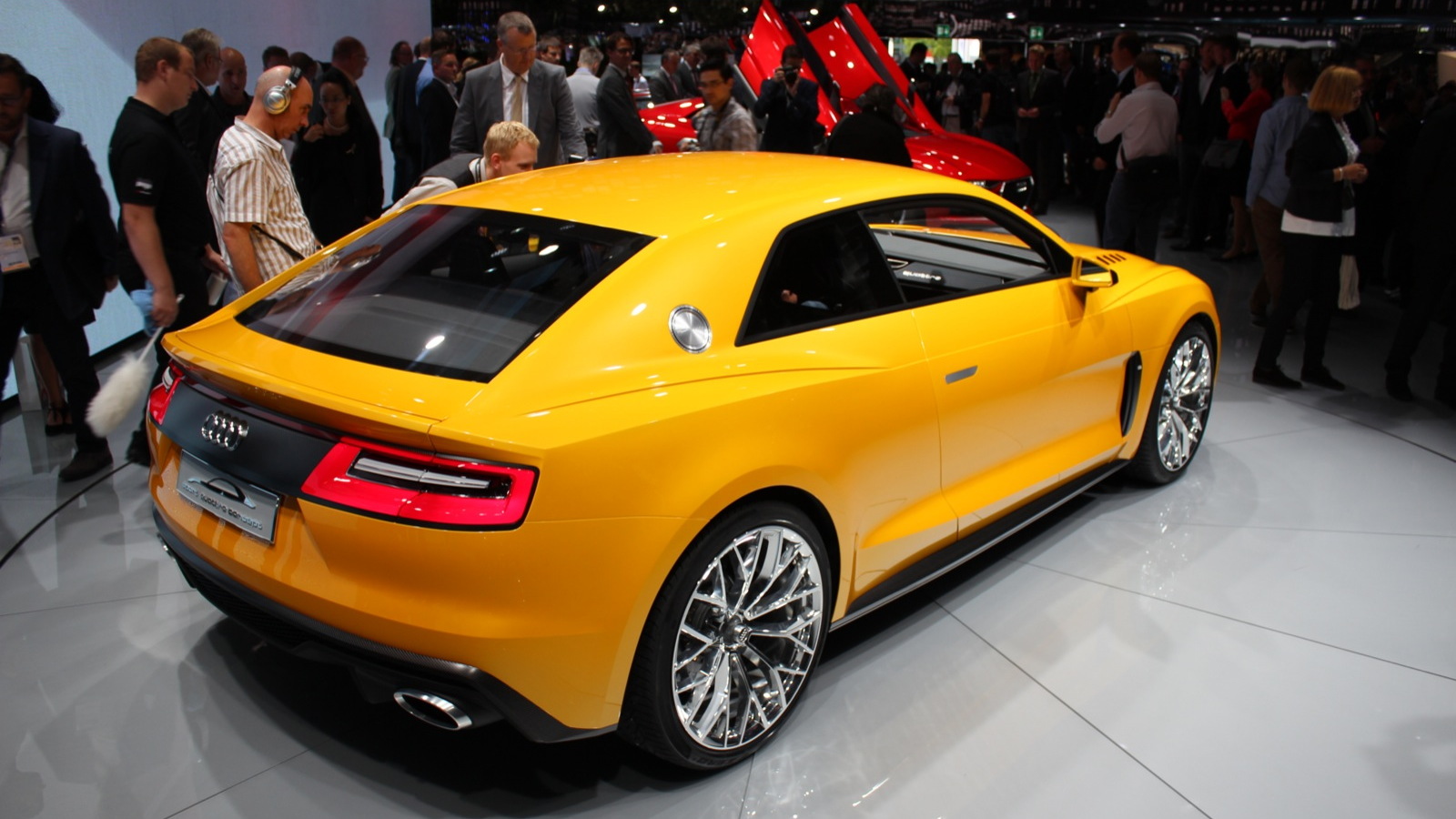 22
photos
The eagerly anticipated Audi Sport quattro concept was indeed introduced today at the Frankfurt Auto Show. And while on the surface this concept is a nod to the 30th anniversary of the 1983 Sport quattro, an icon for the brand and in enthusiast circles, its purpose beyond that might be considerably more mainstream.

Some reports had already suggested that the concept may lead to a high-priced production vehicle—one that might even slot above the R8. Yet Audi sources suggested quite the opposite to Motor Authority—to look beyond the exotic powertrain and see a collection of styling cues, design forms, and features that are being considered for a next-generation vehicle.

Since the Sport quattro concept is built on a next-generation MLB (modular longitudinal architecture), that vehicle is much more likely to involve the next-generation A5, by our estimates—and perhaps a higher-tech, green-friendly reboot of the high-performance RS 5.

Dr. Ulrich Hackenberg, member of the Audi AG board of management and in charge of technical development for the automaker, elaborated on the concept’s purpose at a roundtable interview Tuesday at the Frankfurt show, shortly after its official debut.

“For me it was the possibility to demonstrate the peak technology position of this platform,” said Hackenberg, who explained that this next-generation MLB platform will focus on low weight and diversity in powertrains—with electrification options as well as a version of quattro that interfaces well with an electric motor system to accommodate a plug-in hybrid powertrain.

On one hand it’s an exercise, on the other hand it’s a chance for designers to improve the design language, and to think of some next-generation cars that are under development, Hackenberg explained—adding that the car includes a wishlist of features that individually might or might not be seen in a production version.

Those include matrix LED headlamp technology from the A8, a carbon-fiber splitter, futuristic instrument panel displays, and a special race mode. Audi notes that the combination of twin-turbo V-8 and 110-kW motor system (with a 14.1-kWh battery pack) produces 700 horsepower altogether.

Some aspects of the concept are “very close to producibility,” according to Hackenberg. “But we have to see how it would be accepted; reactions up until now have been good.”

Hackenburg, whose was in responsible for the original Audi A4 and recently has been involved with the larger VW Jetta and Passat sedans, has been at his current Audi post for only about two months and said that he pushed for more technology ideas to be built into the concept, for which model work was done in just five weeks.

Should this be the way of the next RS 5, or an even more exotic model? Peruse the above pictures of the Sport quattro concept, live from the Frankfurt Motor Show floor, and tell us what you like or don’t like about it in your comments below.