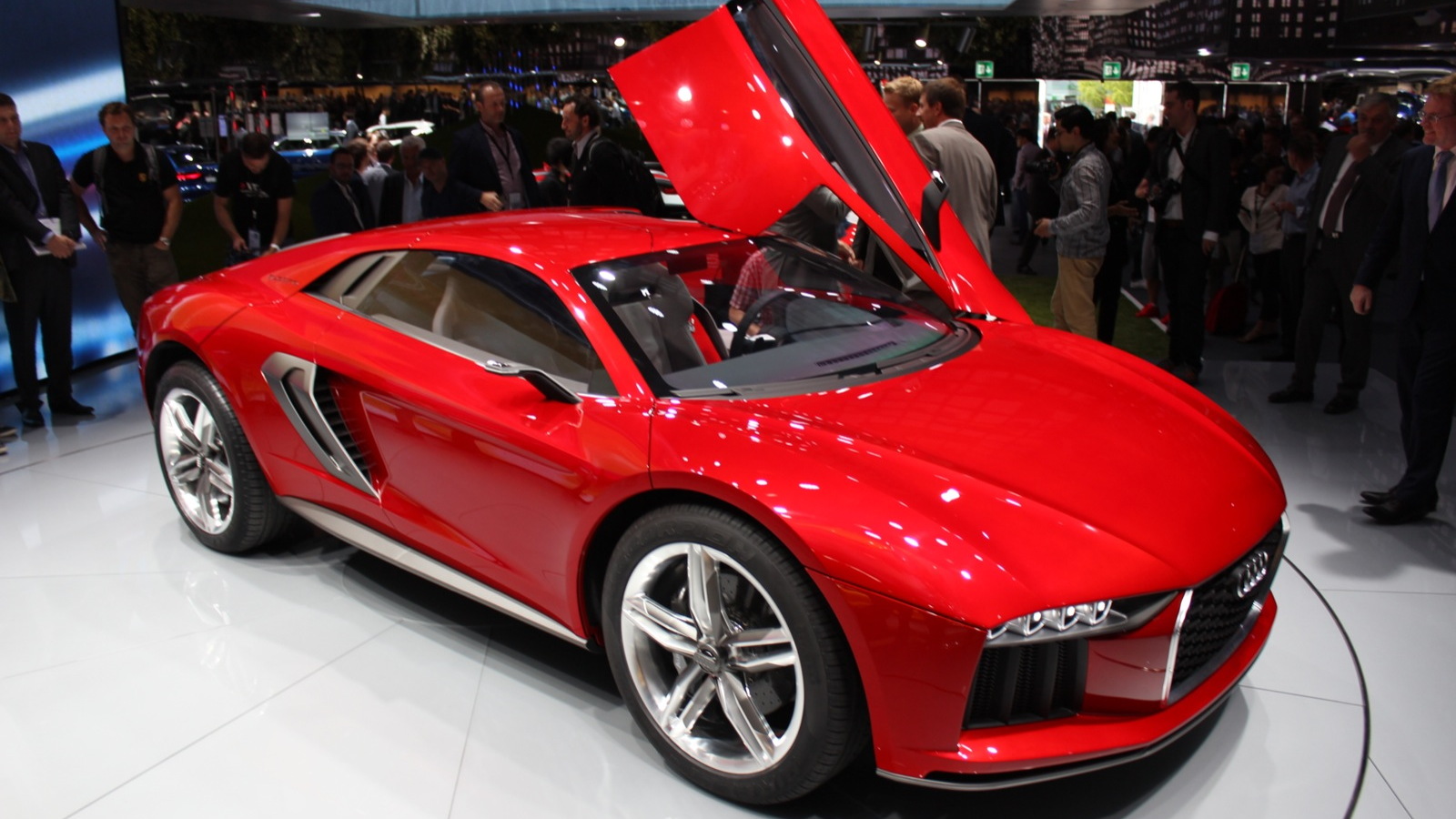 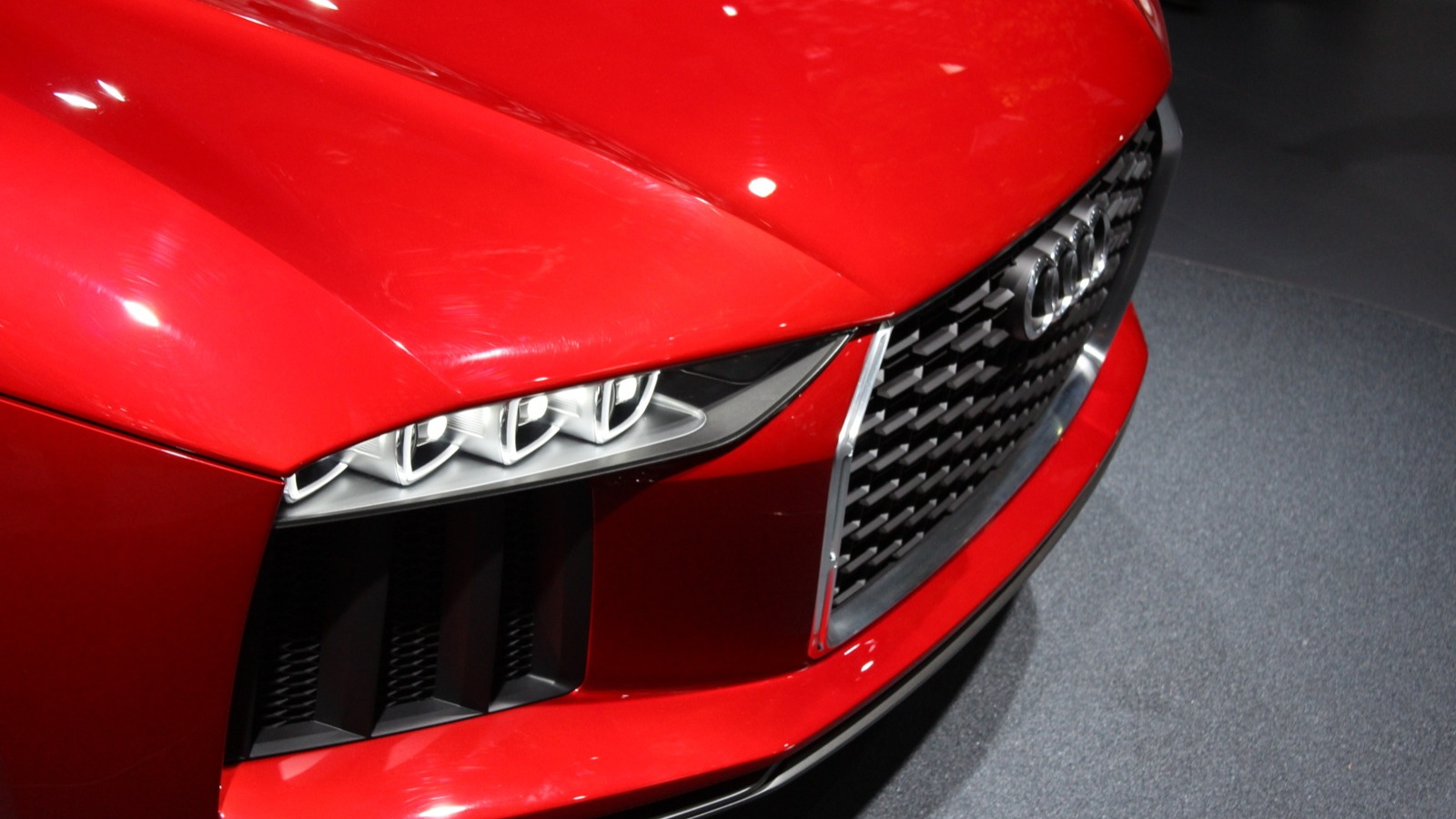 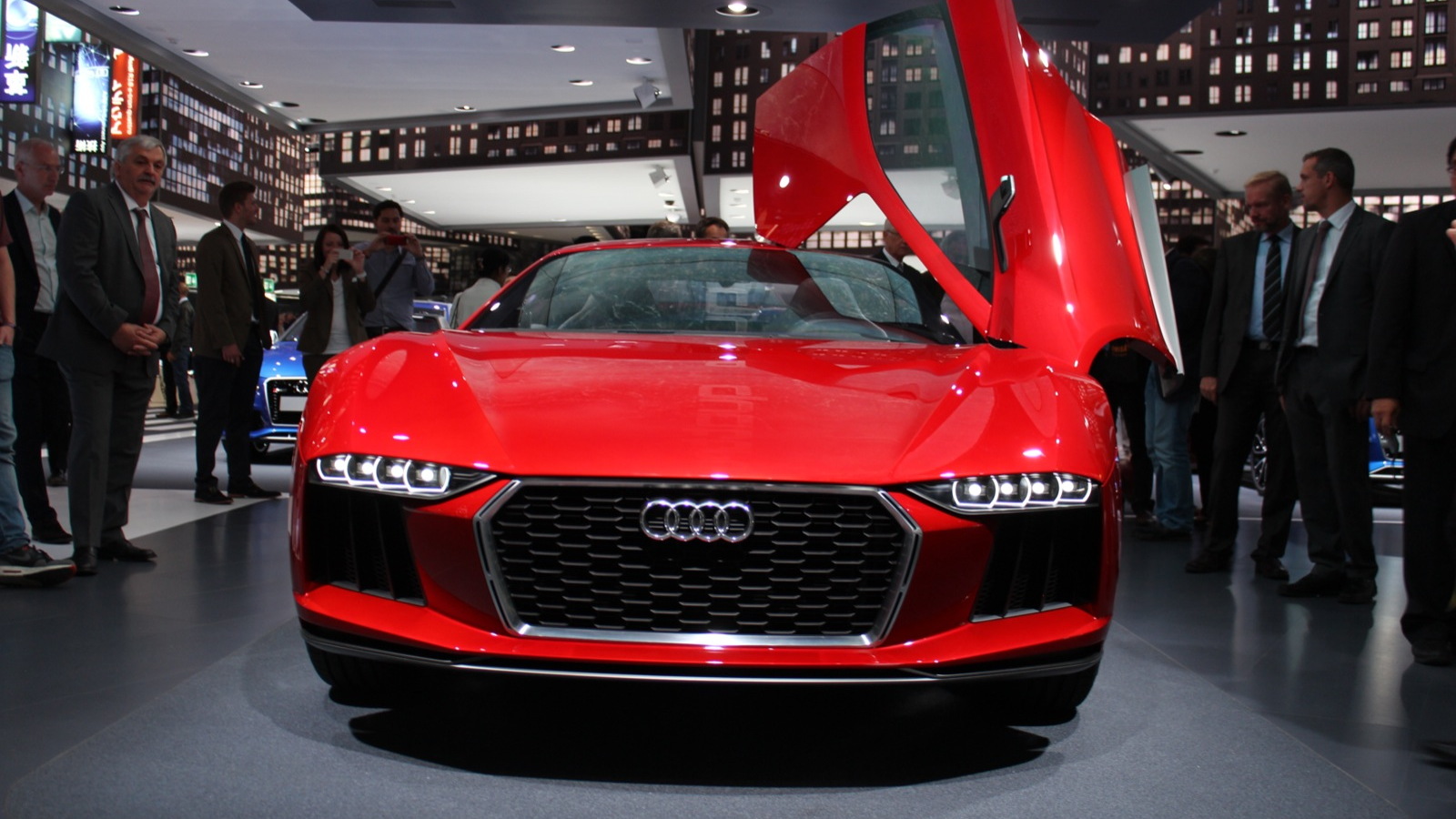 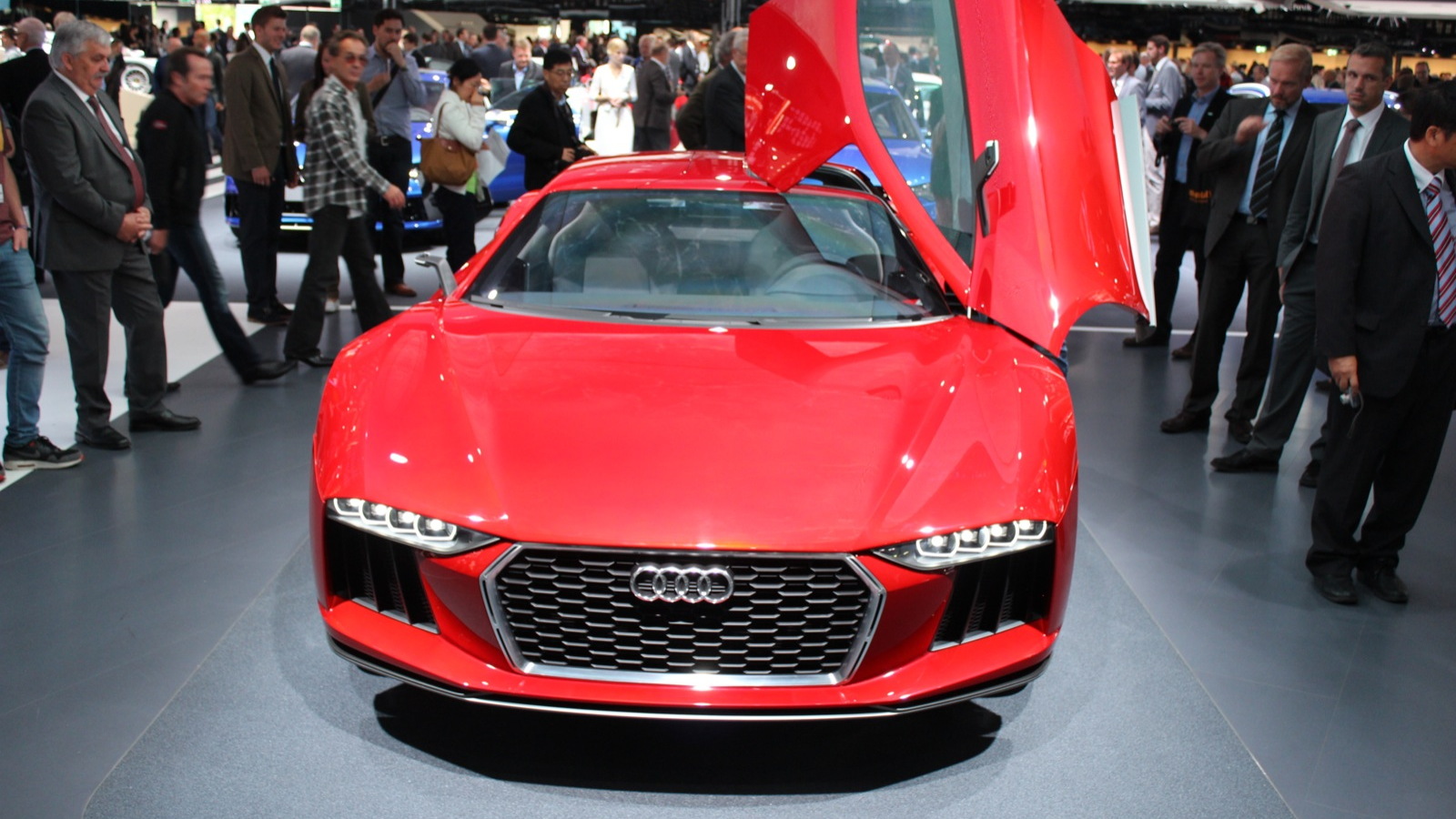 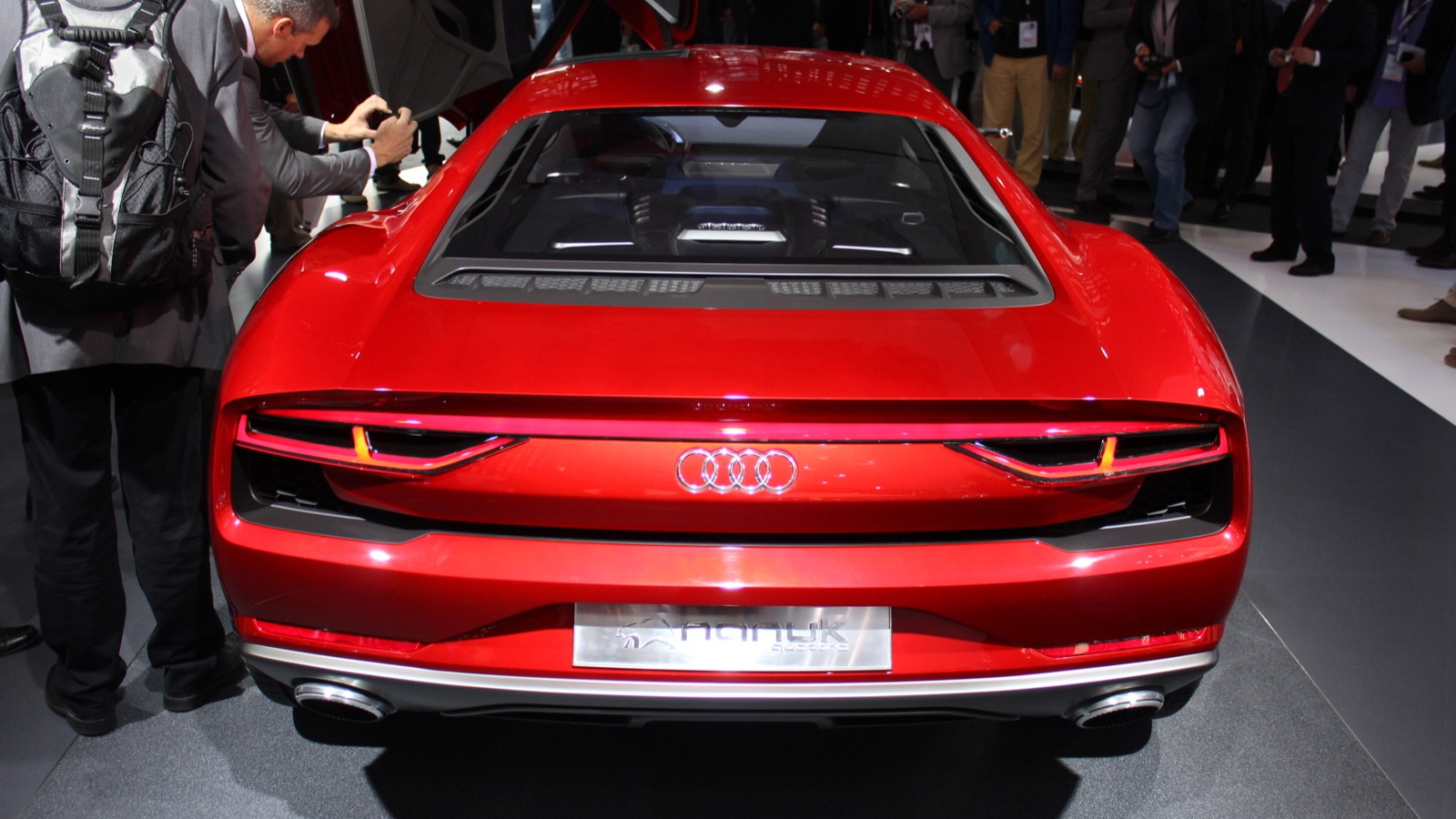 25
photos
When news first broke about the surprise Audi nanuk quattro concept at this week’s Frankfurt Auto Show, some fingers may have been pointed for just a moment—at the close likeness of the nanuk to another concept car from earlier this year: the Giugiaro Parcour.

The Parcour was one of the favorite concepts of this year’s Geneva show; and later we learned that the Parcour was essentially a high-riding Lamborghini Gallardo underneath.

Now it all computes: Audi has claimed the Parcour and made this curvaceous, stocky supercar its own. And it might even built it.

From Italdesign to TDI and quattro

The project started before Geneva with Italdesign, said Dr. Ulrich Hackenberg, the new Audi AG board of management member in charge of technical development, in a roundtable interview session at the show. Then after the overwhelmingly positive reaction to the concept, Audi laid claim on the design.

“And so the idea came about, let’s try to make such a concept under the eyes of Audi, so with Audi core competences and Audi core values,” explained Hackenberg.

The nanuk is built on VW Group’s mid-engine platform—what’s used by the R8 sports car. and Lamborghini Gallardo. Because of that, it’s easier to make a business case for such a car, because much is carried over—although the lifted suspension and special V-10 turbo-diesel engine (544 hp and 737 lb-ft in the concept) would require a separate development path than the R8.

Truly a supercar for the road less traveled?

“Even in countries where the infrastructure is great, it’s just fun to have such a car,” Hackenberg added. “There are some customers in the USA as well who will look at it and say that’s something new, that’s crazy, I want to have it.”

Take a look above at our set of live pictures from the floor of the Frankfurt Auto Show, and let us know what you think. Whether it be the Parcour or the Nanuk, should Audi build it?