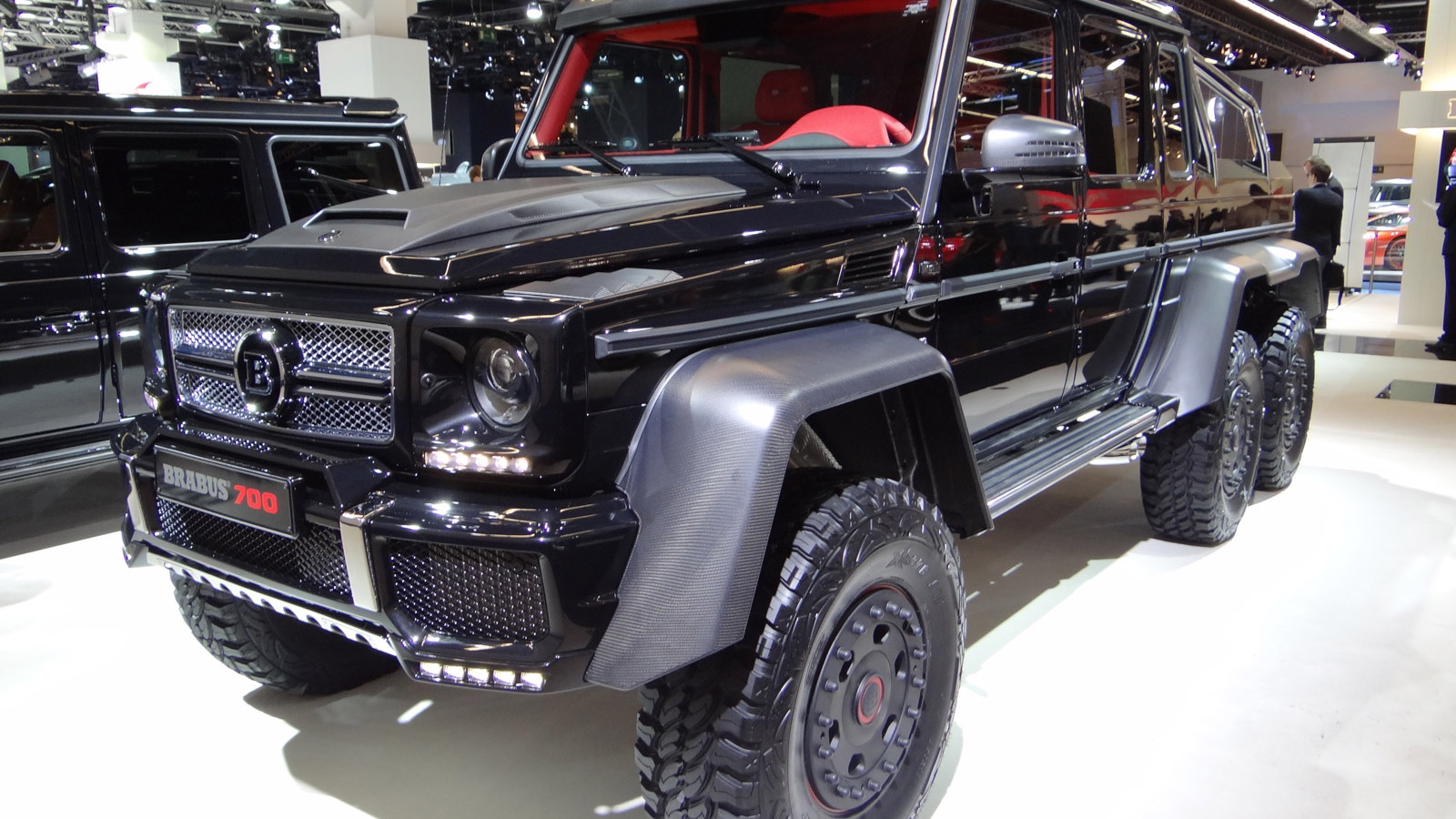 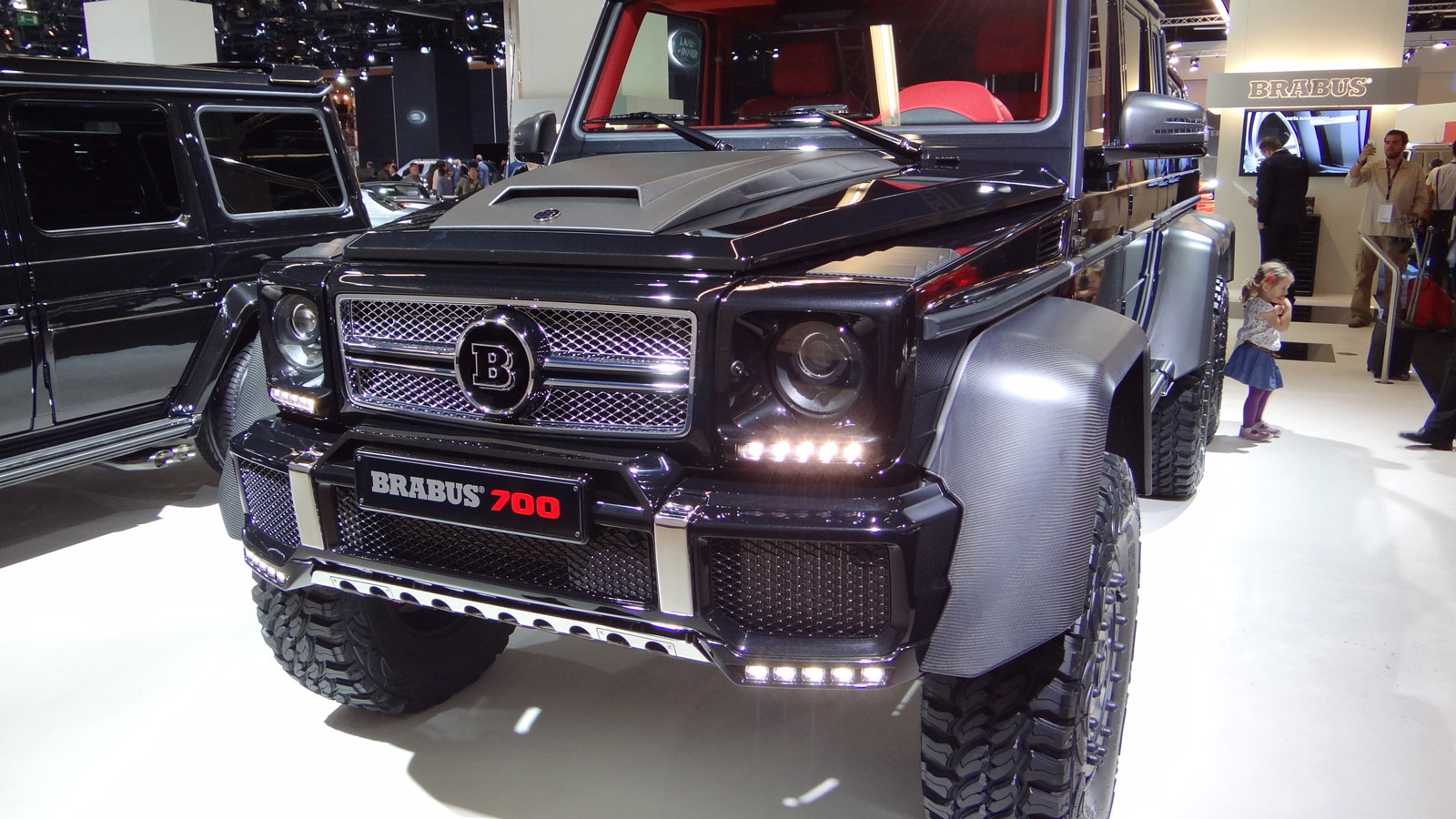 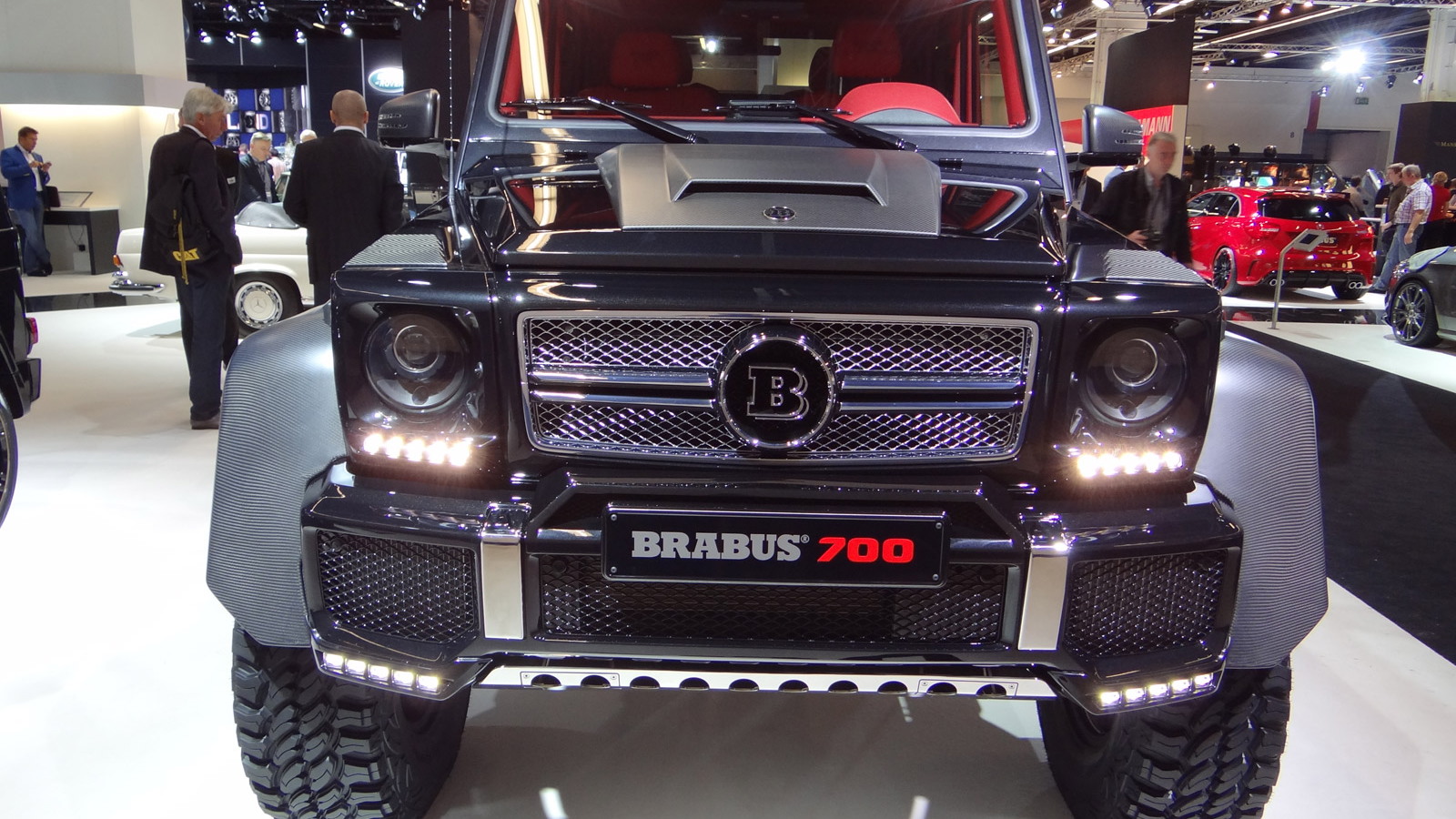 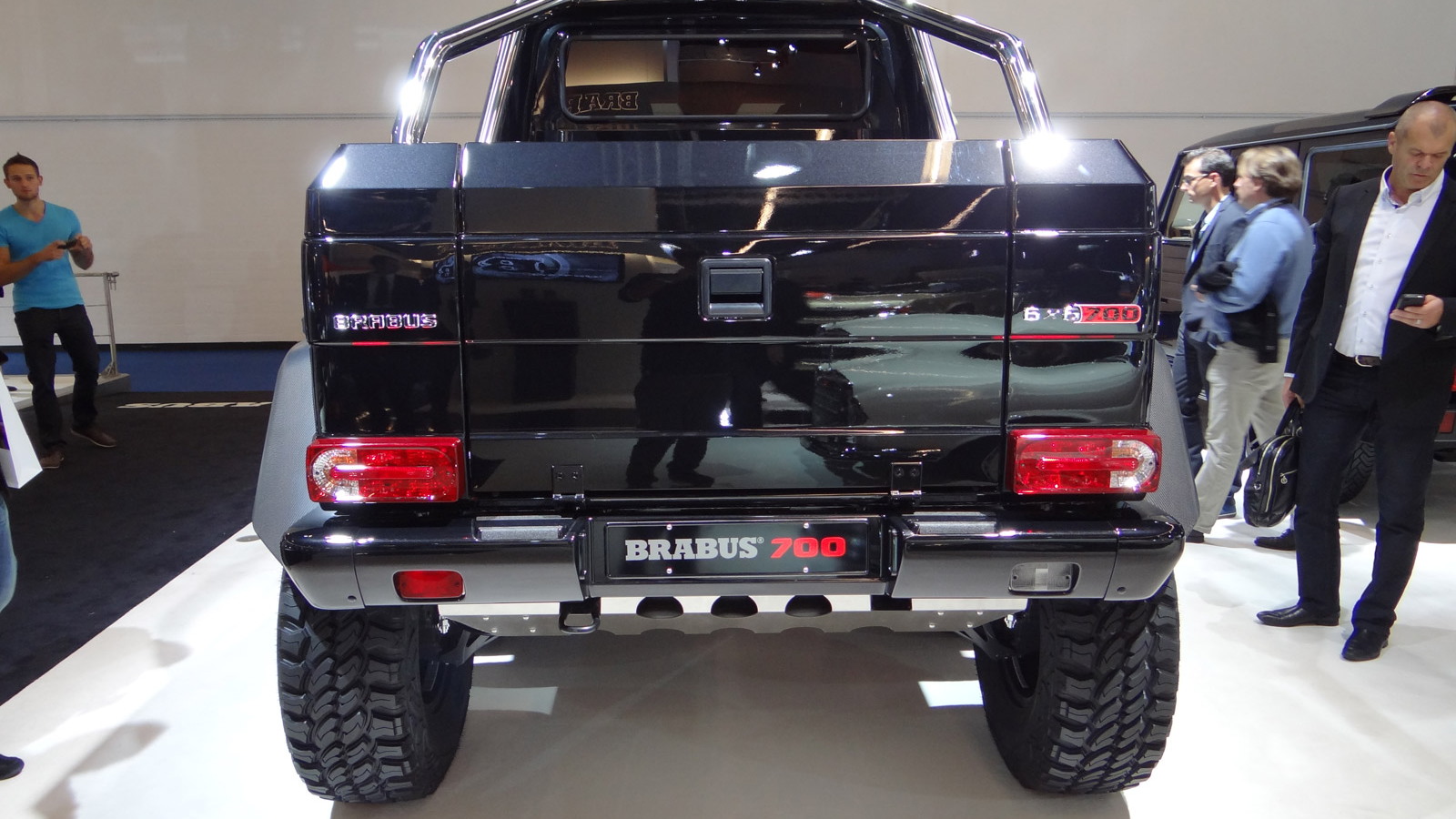 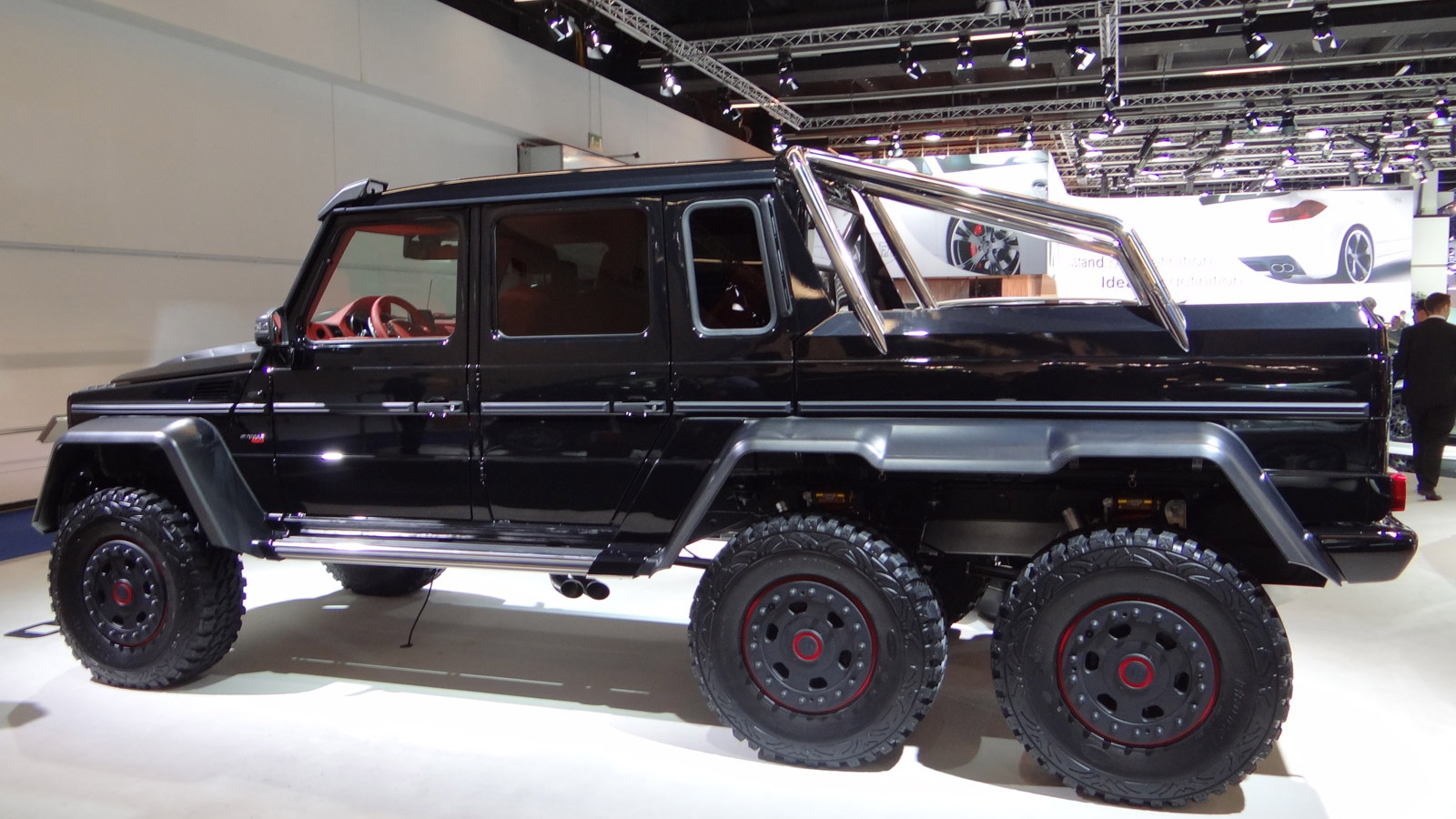 24
photos
When Mercedes-Benz showed off the G63 AMG 6x6, the world let out a collective awed hush that developed into a wild rush of massive levels of "I want one!" Sadly, it's an expensive toy produced in extremely limited quantities. Of course, there are ways to make even the most exclusive vehicles even more out of reach. Enter Mercedes-Benz madness magnifier Brabus. This is a company that seems to live by the "Go big or go home" motto, especially when it comes to pushing their vehicles well north of the 200 miles per hour barrier. This time, however, they've gone big in an entirely different way.

Brabus has taken the G63 AMG 6x6 and added in its own special brand of engineering excellence. The tuners engineers have taken to tinkering under the hood, and the result is an engine that is churning out 690 horsepower. That's good enough to push this four-ton behemoth from 0-62 miles per hour in just a few ticks over the seven second mark. The top speed had to be electronically limited to 100 miles per hour because this thing is rolling on 37-inch tires, and shouldn't have a need to dip into the triple-digit world of speed.

The power improvement, which is a significant jump over the stock Benz 6x6 output of 544 horsepower, comes from revised engine tuning. It also comes by way of supplying the 5.5-liter V-8 engine with a new pair of turbochargers. Torque is also up on the Brabus B63S 700. The new output is 708 pound-feet at just 2,000 rpm and on through 4,500 rpm. By comparison, the original G63 6x6 pumps out 561 pound-feet of torque. All of the energy is routed through an AMG seven-speed gearbox, which can be controlled by a pair of aluminum paddle shifters mounted behind the steering wheel.