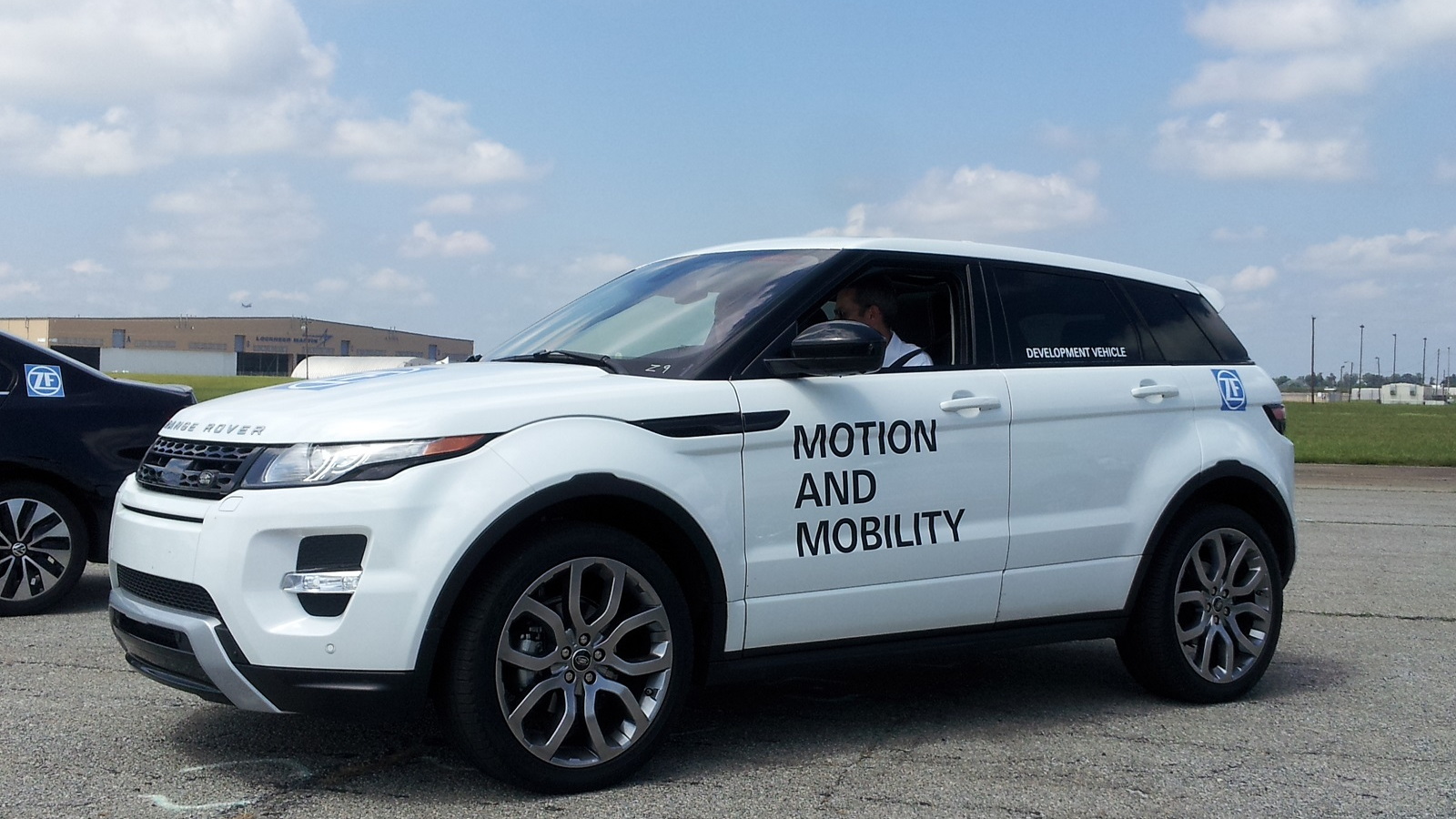 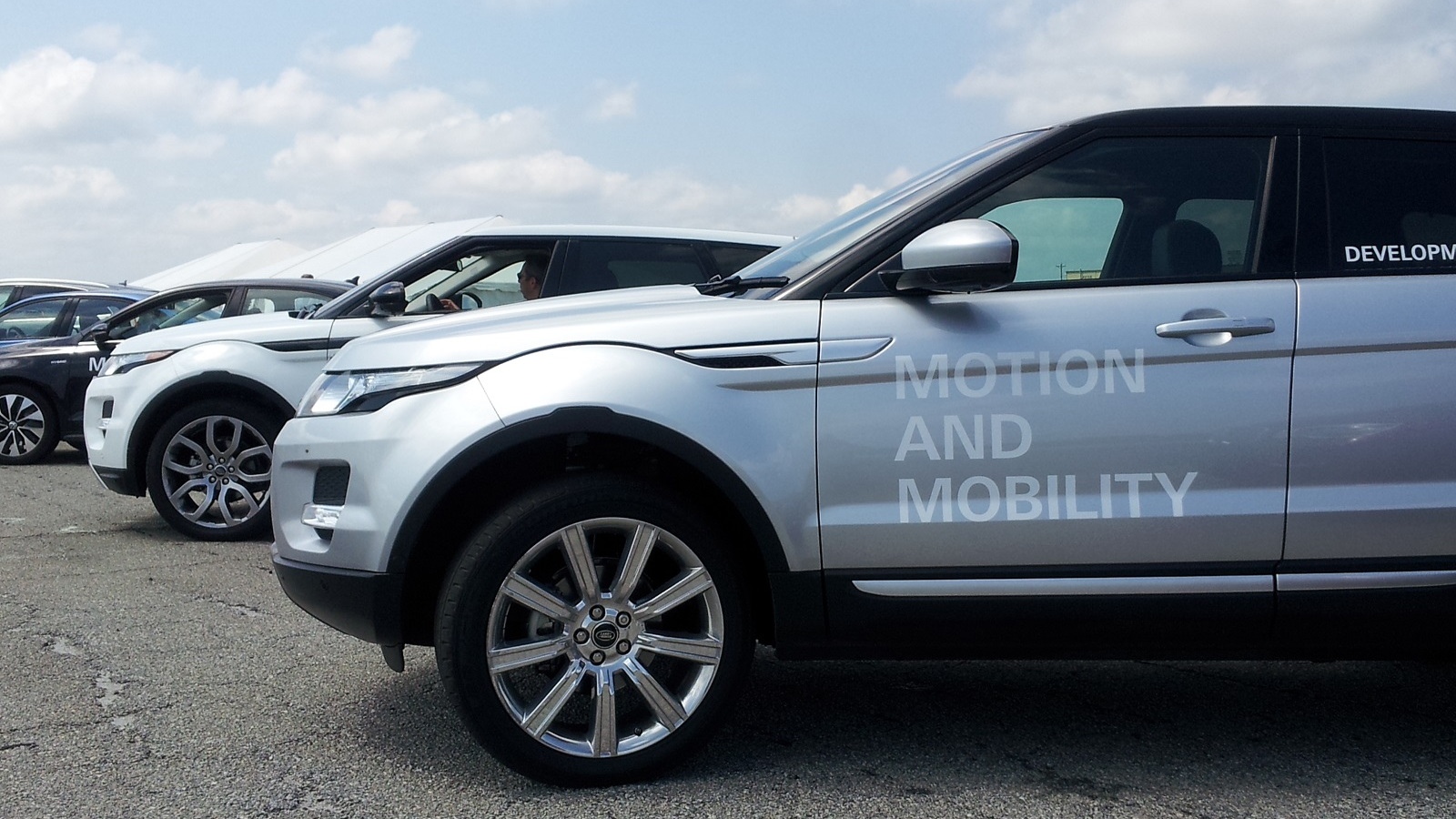 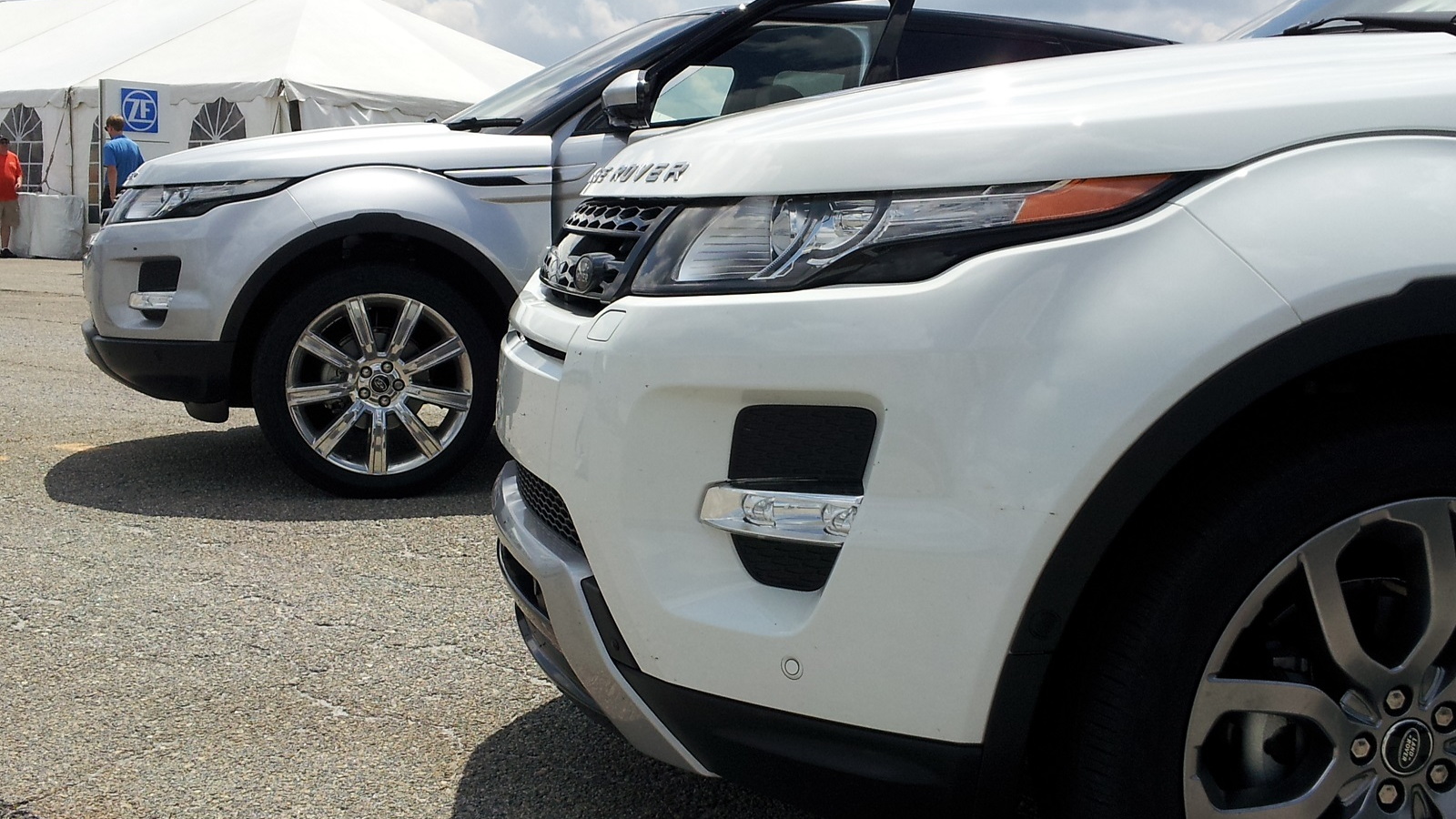 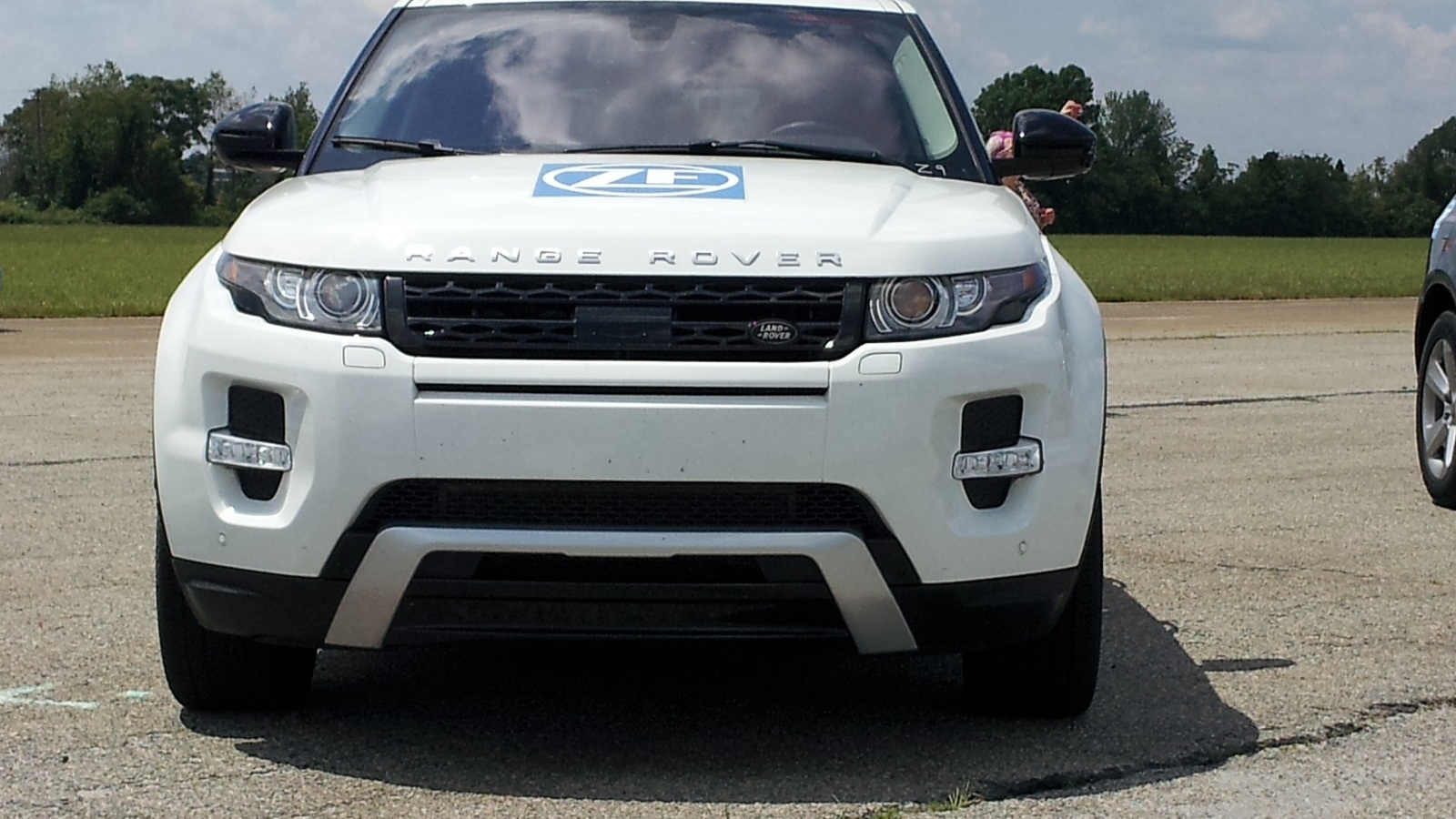 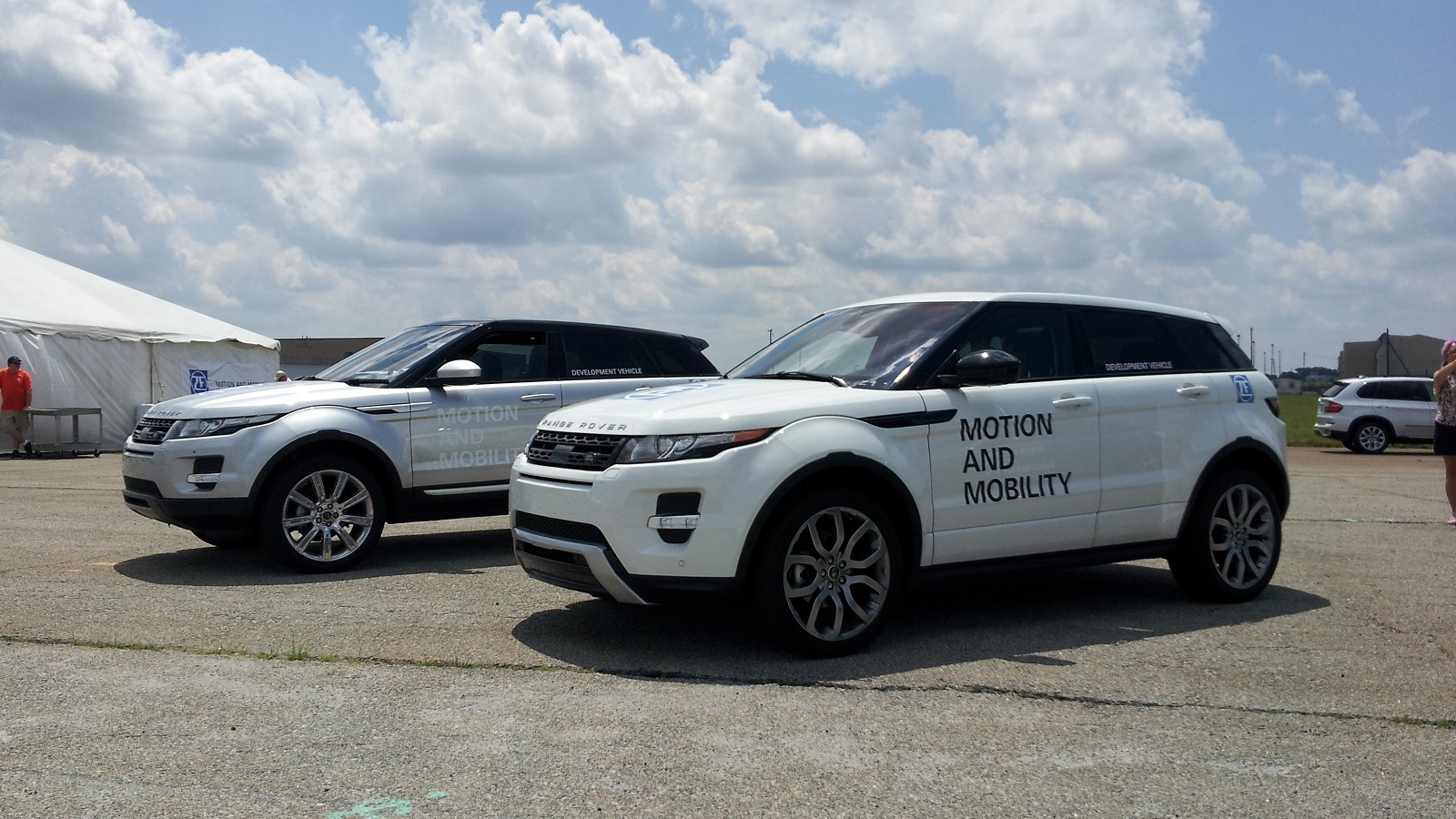 11
photos
Not so long ago, a five-speed automatic transmission was pretty advanced--but we're in a new age now. Six speeds is the norm now even in smaller cars--when they're not fitted with continuously variable transmissions (CVTs), anyhow--and even the eight-speed automatic pioneered by Lexus a decade ago is no longer King of the Multi-Gear Hill.

German maker ZF has designed and rolled out an automatic transmission for transverse engine installations that contains no fewer than nine gears, known as the 9HP. It's all in the service of more efficient gearing that matches closely to the engine's most efficient range, thereby lowering fuel consumption.

Last month we had a chance to drive two pre-production prototypes of the 2014 Range Rover Evoque that will use the new nine-speed, first announced in February.

The first, with left-hand drive, was fitted with the 240-horsepower, 2.0-liter turbocharged gasoline engine that is the Evoque's sole engine option in the U.S. market. But ZF had also provided a right-hand-drive Evoque SD4, the 2.2-liter turbodiesel sold in Europe, for comparison purposes.

Both engines are mated to the nine-speed automatic for the 2014 model year, and the first Evoques to feature it will show up in dealer showrooms within a few months.

Our drive was limited to half a dozen laps around a test track. It included both medium-speed running (35 to 60 mph) and a high-speed straightaway where we reached about 100 mph, but very little stop-and-go.

In the gasoline Evoque, while starting up and moving away from a stop, you may never notice the difference in the number of gears.

If you pay attention, you might register that the shifts are just a little bit quicker, with less lag between them, and the ratios are a bit closer.

Whether on full throttle or under only partial acceleration, the gasoline turbo four and nine-speed play well together.

By the time we reached 70 mph on the test track, the transmission was only in fifth gear, and the engine was turning only 2,100 rpm--against a speed several hundred RPM higher with the old six-speed automatic.

At 100 mph, it took lifting off to get the ZF automatic into its ninth and final gear--and the engine was still running notably slower than it would have in top gear with a six-speed.

We also tested the "manual mode," in which the transmission can be up- and down-shifted via paddles behind the steering wheel. They worked fine.

But our short drive suggested that to get the most out of the closely spaced ratios, you may find that leaving the control logic to its own devices and letting it shift automatically produces better results.

The diesel Evoque SD4 was notably slower on acceleration, not to mention it added half a second or so for the start-stop system to restart the diesel engine as soon as the driver's foot began to lift off the brake pedal.

The diesel was louder as well as slower, but we'd expect it to deliver far better fuel efficiency than the often-thirsty turbo 2.0-liter in the Evoque--regardless of the number of gears.

We don't have EPA ratings yet for the gasoline 2014 Evoque with the new transmission, but we'd expect them to exceed the 23 mpg combined number (20 mpg city, 28 mpg highway) that the 2013 model earned.

The same nine-speed automatic will debut in a U.S. brand in the 2014 Jeep Cherokee, which will pair it in some models with an all-new four-wheel-drive system designed by Jeep.

In the Evoque, the existing all-wheel drive system is an adaptation of one used by Land Rover's former sister company, Volvo.