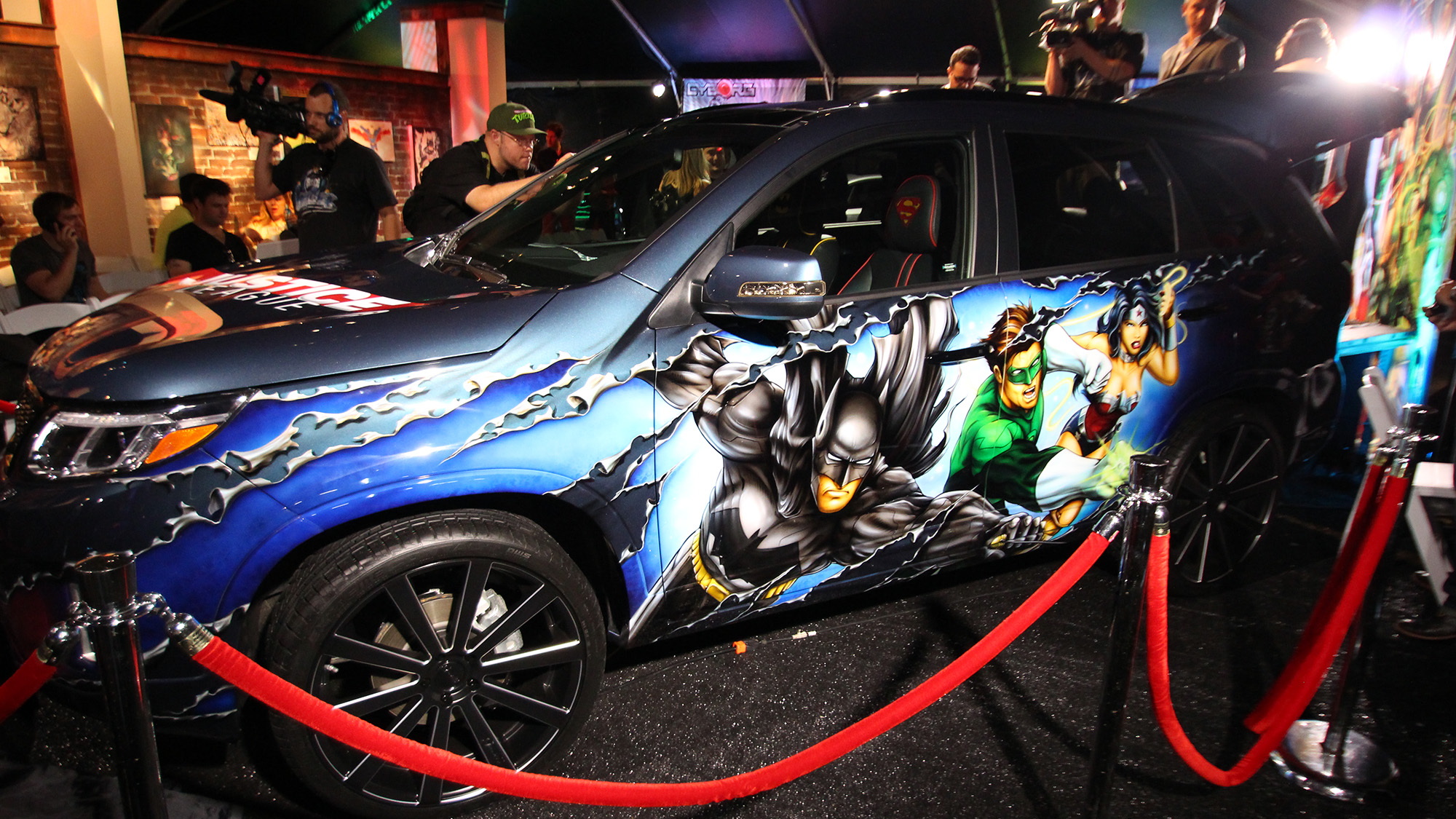 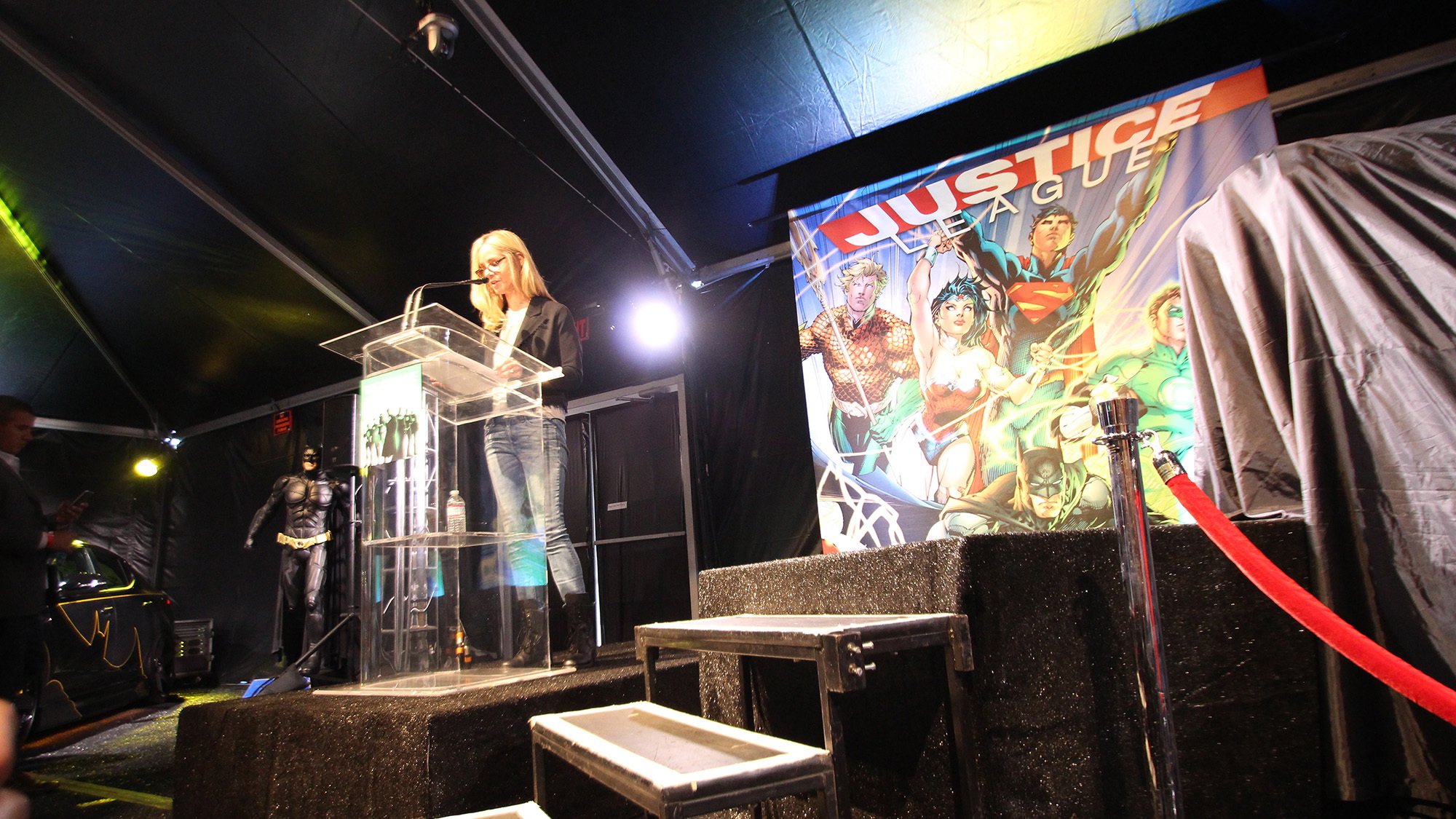 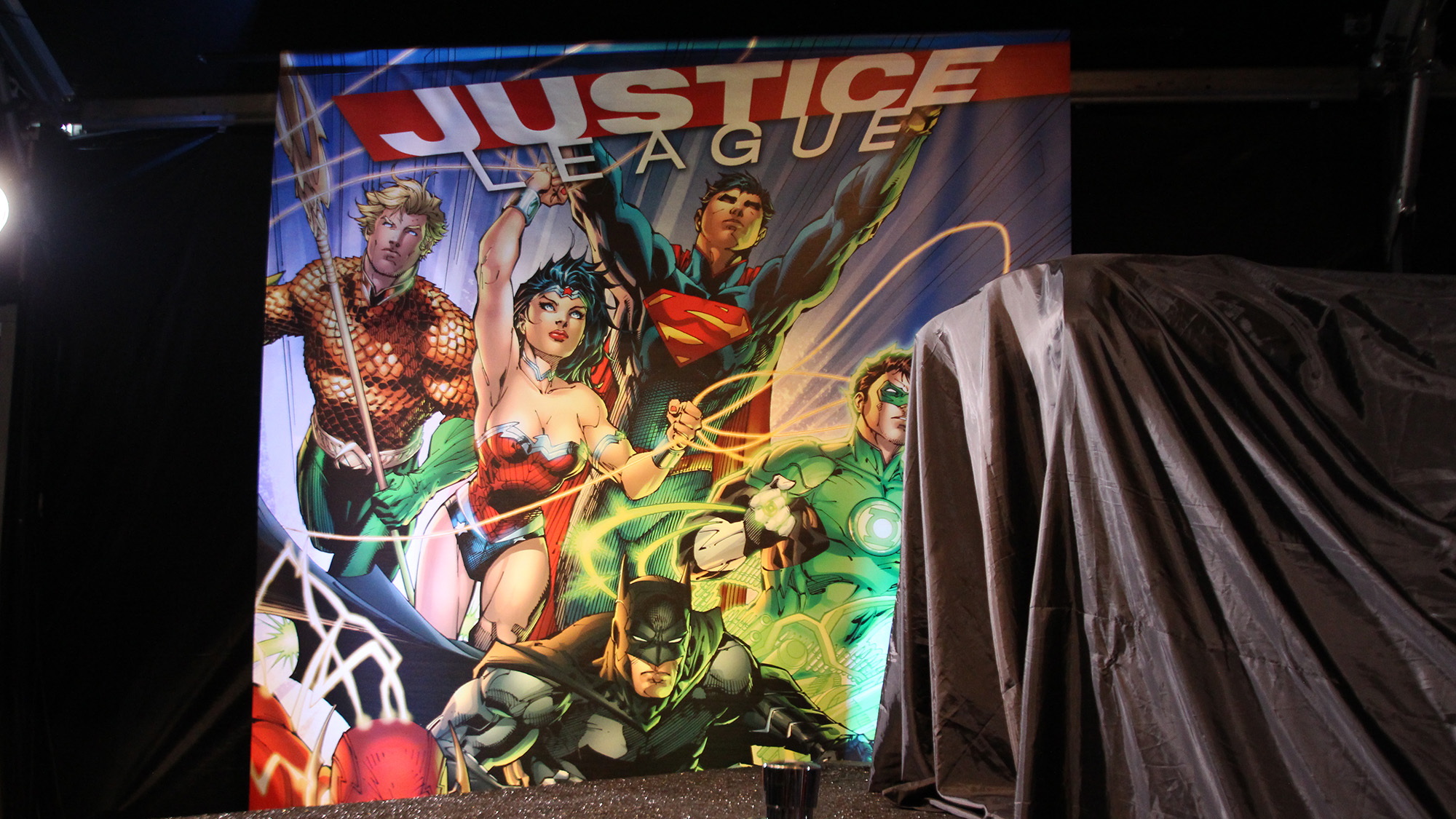 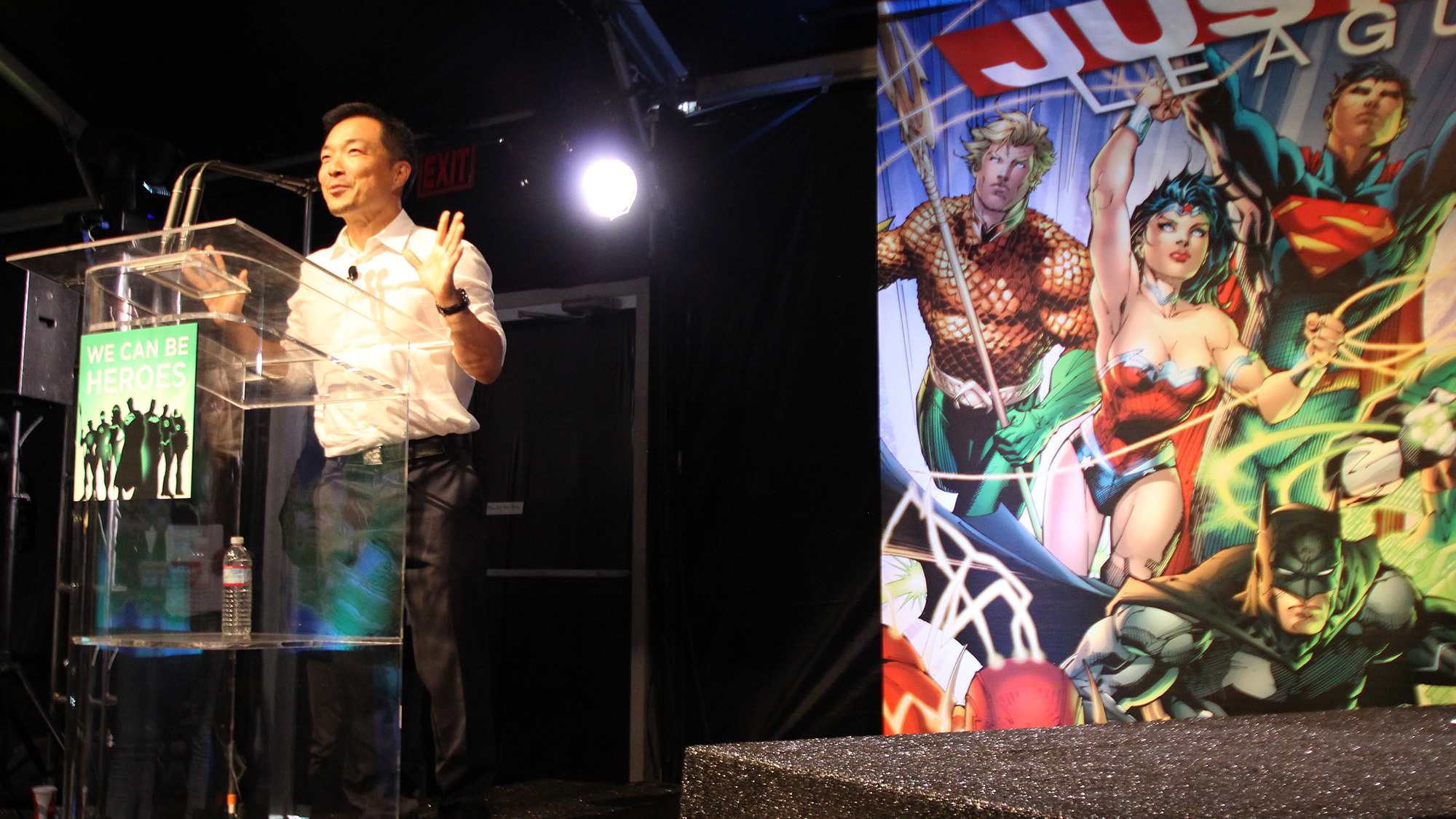 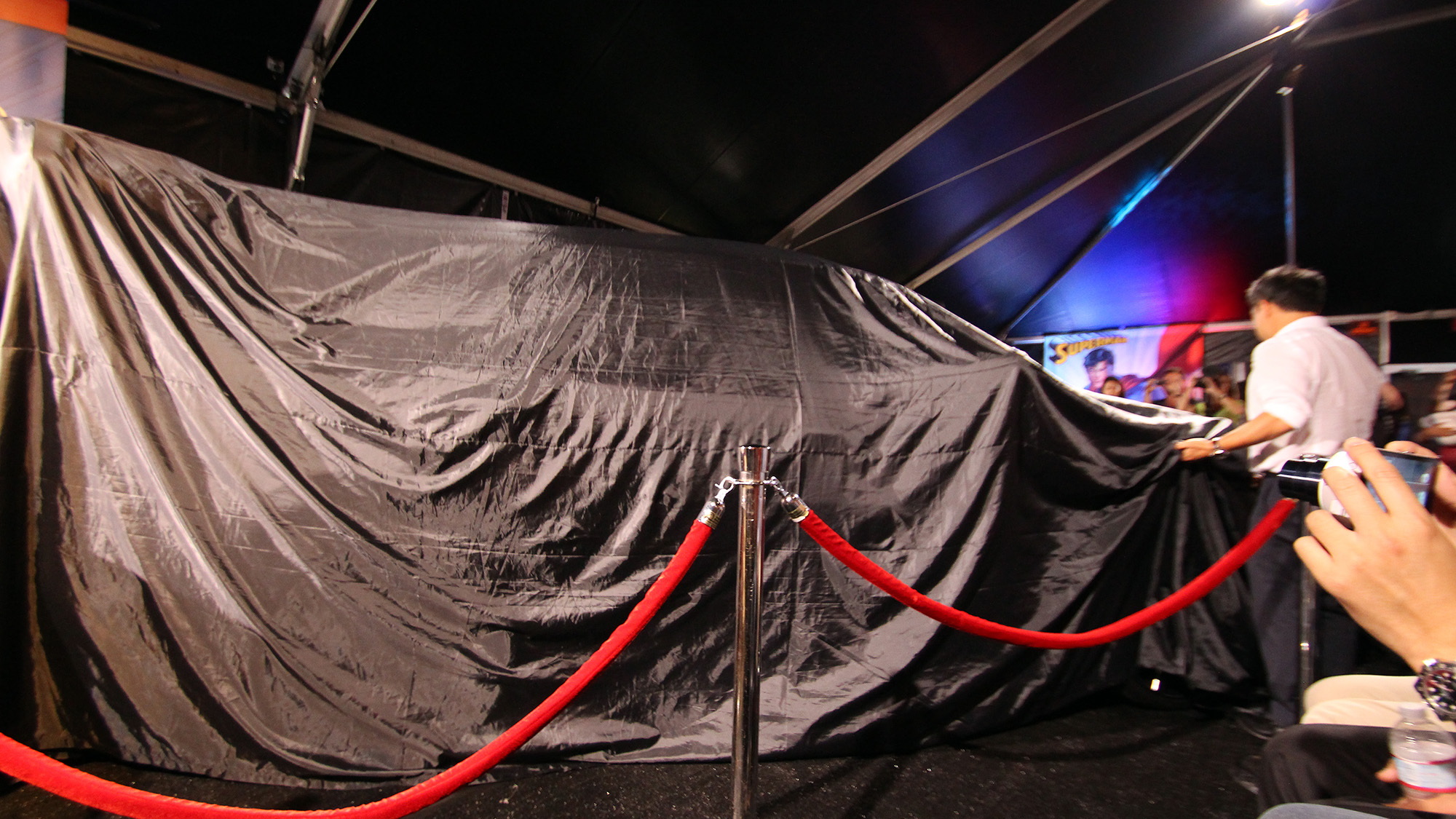 13
photos
The Justice League is a team of superheroes that have joined forces to battle evil and protect the world. The main lineup is comprised of seven members, which have changed over the years with a few exceptions.

Currently, the Justice League is commanded by Superman, Batman, Wonder Woman, Aquaman, Flash, Cyborg, and Green Lantern. Taking on the bad in the world can be done in many ways, and that's why another collection of folks have teamed up to do just that.

Kia has partnered with DC Entertainment to bring attention to the charity We Can Be Heroes. The focus is on feeding the starving children on the Horn of Africa, and proceeds are being raised to support this noble cause. One unique way the partnership is helping raise money is through the creation of a special collection of Justice League cars. The last of which was just revealed at Comic-Con in San Diego, and will soon be auctioned off on eBay.

The final Justice League vehicle is a 2014 Kia Sorento, and it features each of the main members from the Justice League painted on its sides. No, this is not a wrap, but actual paint work done by the team at West Coast Customs. The layout was conceived by legendary comic book artist Jim Lee, who was on hand to pull back the silk with WCC head Ryan Friedlinghaus.

Once the vehicle was revealed, it was further revealed by head of DC Entertainment Diane Nelson that the Sorento was not actually finished.

Jim Lee once again took the stage and grabbed a marker. He then applied a drawing of Superman to the rear hatch live in front of the crowd. The vehicle will then go back to Kia HQ in Orange County, California where Lee will hand draw in the rest of the Justice League before the panel is then clear-coated.

The vehicle is available through the aforementioned eBay auction alongside a host of other DC-related pieces of original art. This includes a few of Lee's own pieces as well as incredibly creative and wonderful works by other artists.

The starting bid on the Sorento is $35,000, which isn't far off its $32,000 non-Justice League-applied-art MSRP. We see the winning bidder falling in one of two camps; either an enterprising Kia dealer snags this for his or her showroom, or a diehard DC fan with some bucks to spare pops this in his or her garage. Either way, someone ends up with a one-off piece of art that will wind up feeding starving children in Africa.

That's another win for the Justice League.