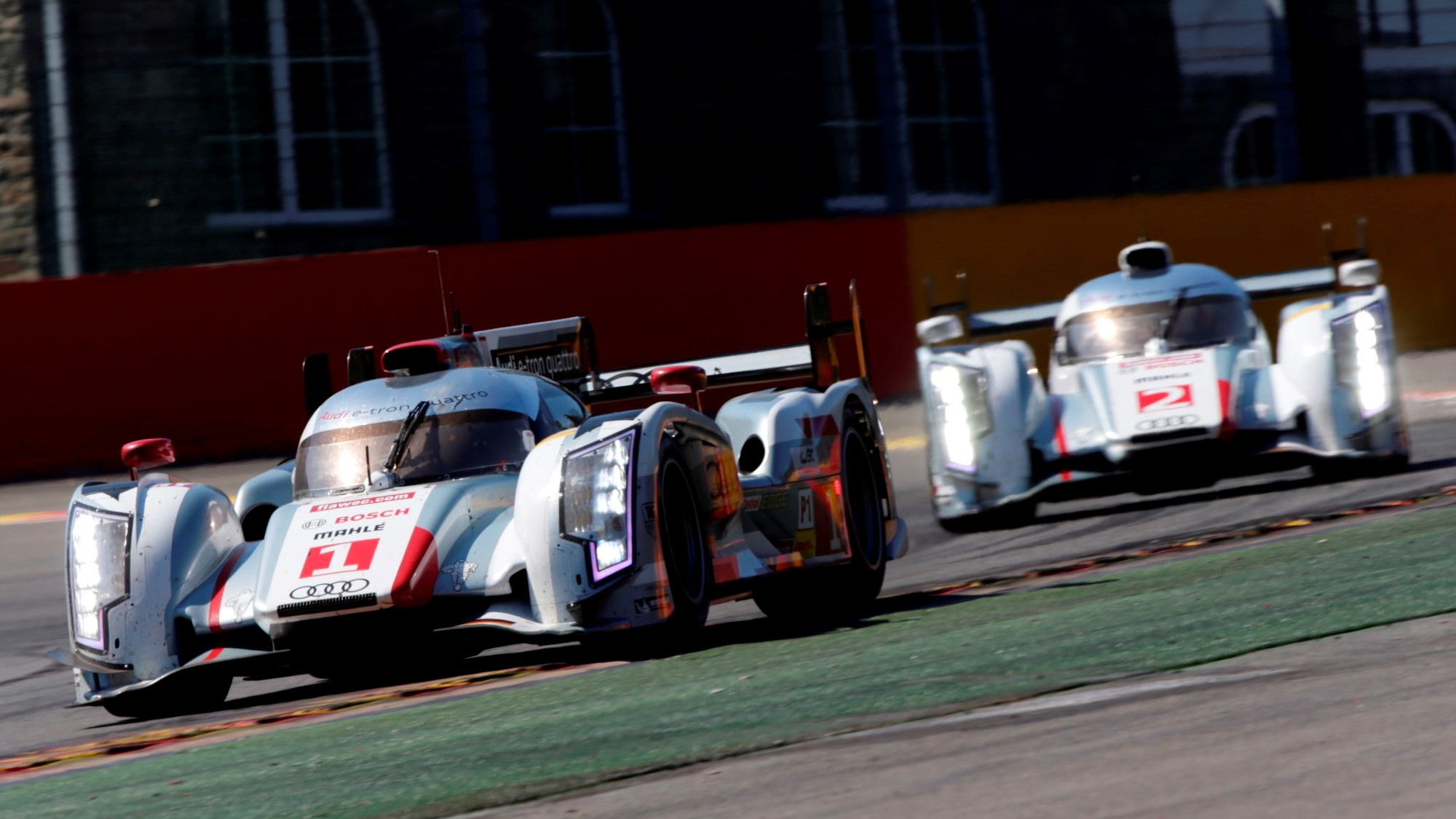 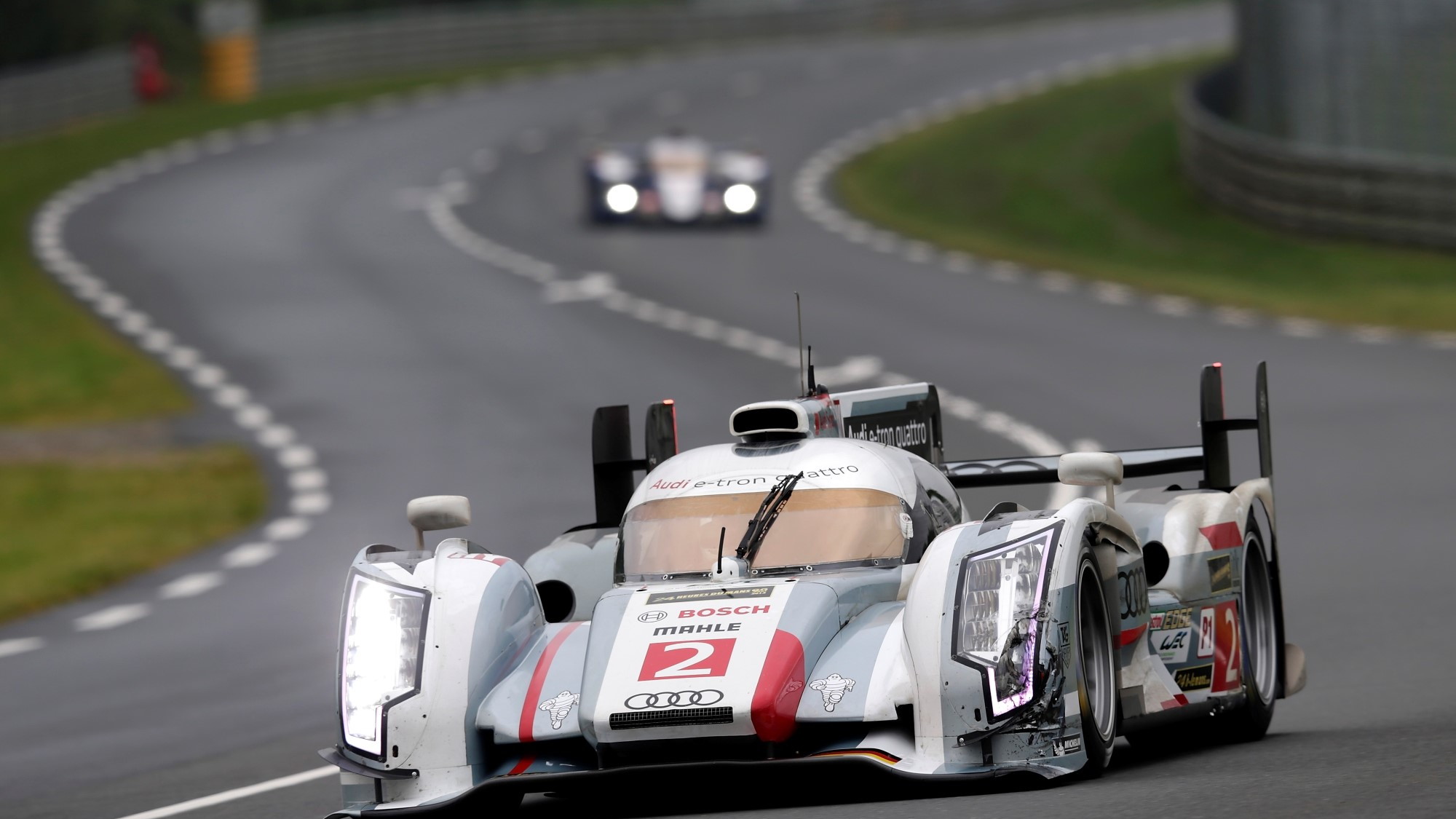 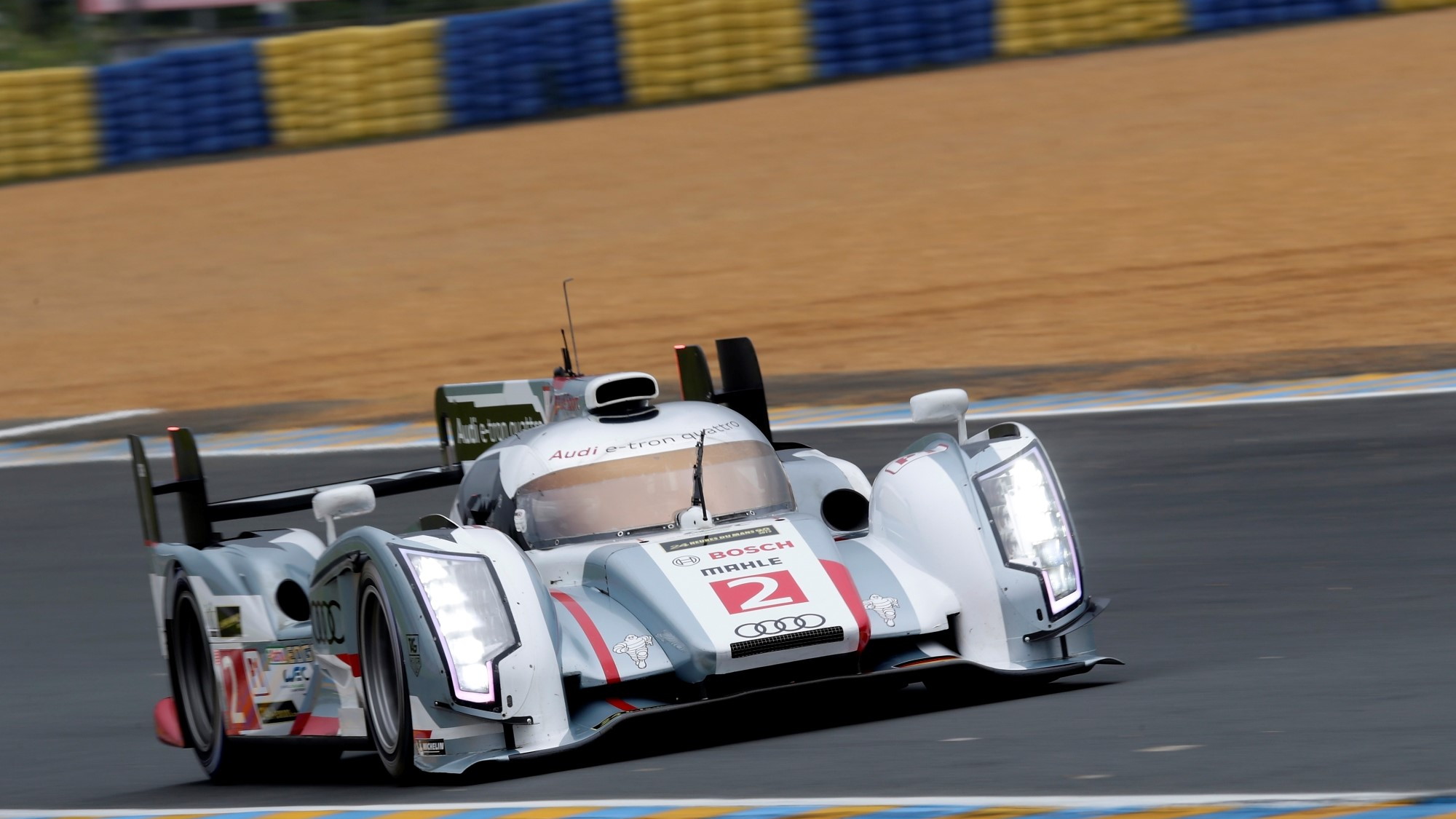 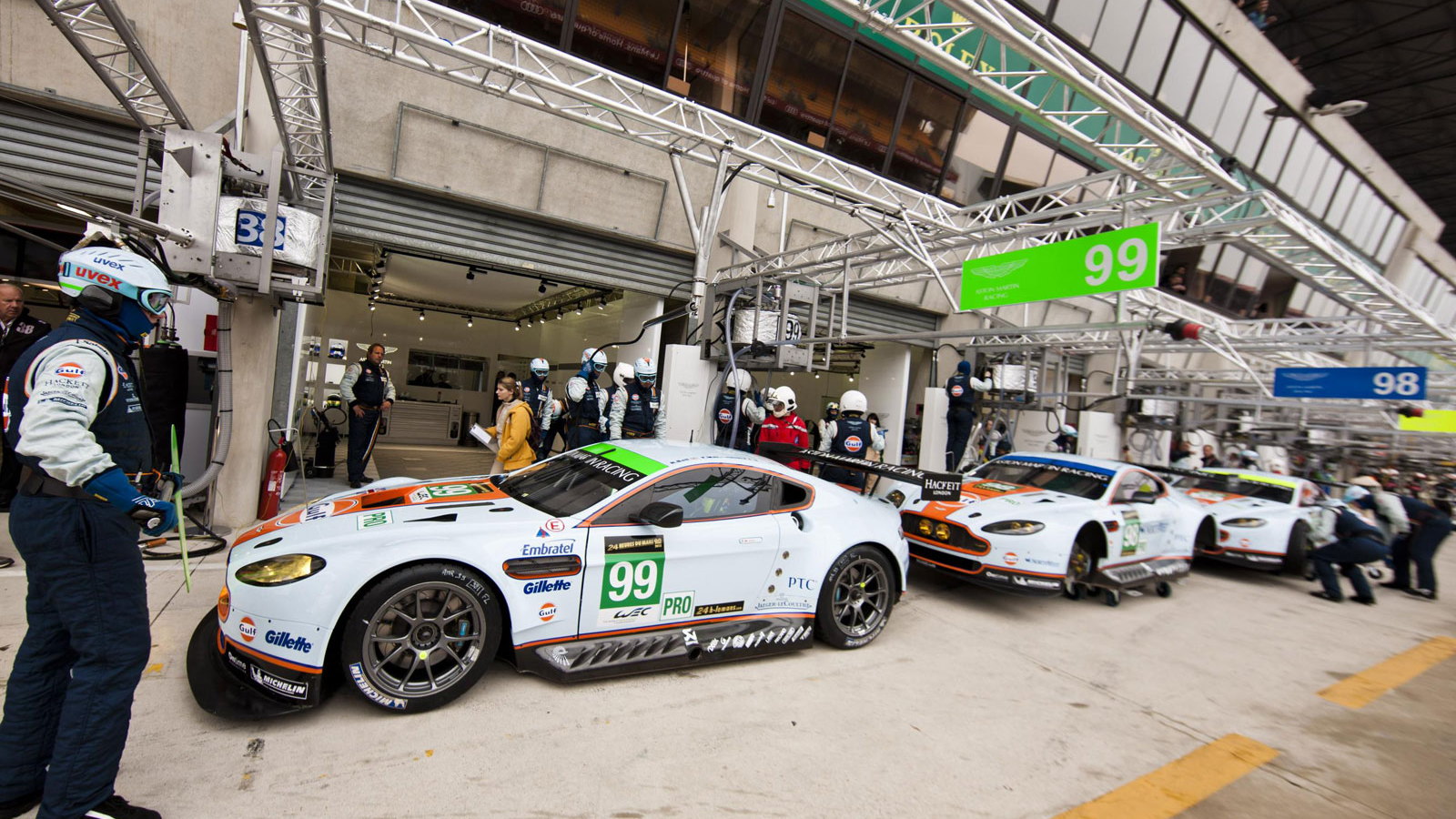 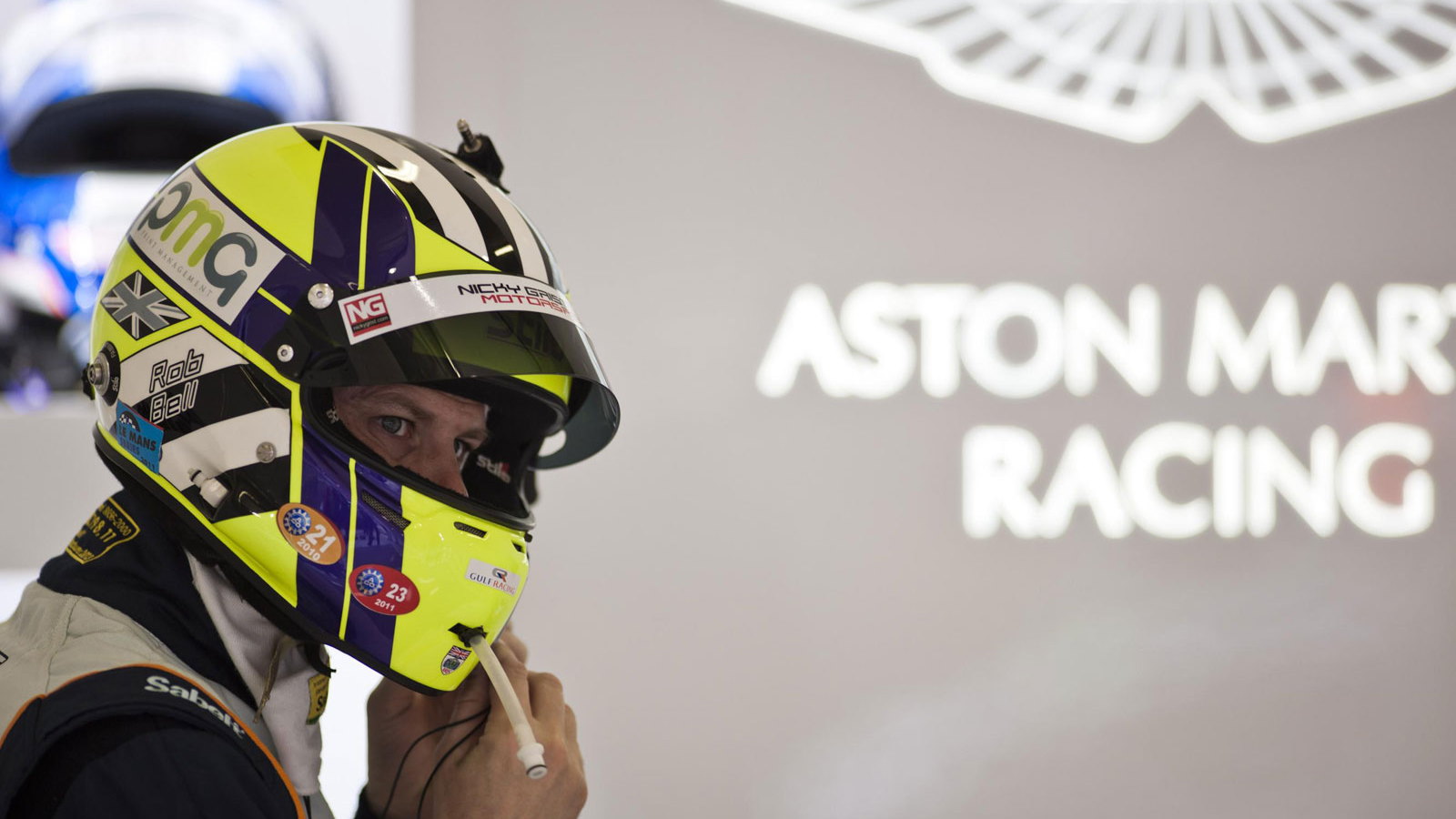 12
photos
The biggest endurance race of the season is coming this Saturday and Sunday, but before the green flag waves, we need to take a look at the all-important qualifying results.

Final qualifying runs from last night's sessions have seen the order tweaked, but not truly changed, especially at the top, where Audi's Loic Duval has kept the #2 R18 e-tron quattro on pole from the times logged in the first session.

When asked about the qualifying lap today at the Audi press conference at Le Mans, Duval explained that weather and traffic played a role, but ultimately, "It was lucky in a way, and it was good enough."

How the clear Audi pace for the qualifying sessions will compare to Toyota's TS030 LMP1 in the actual race isn't clear, however, cautions co-driver Allan McNish.

"We haven't seen a very clear picture in qualifying because of the weather, but it looks like it's going to be a race of strategy. It's a little bit like 2007, but this time around we're the hunted instead of the hunter," the Scottish racing driver said, referencing the ACO's fuel adjustments, giving the Toyota an additional three liters.

McNish continued, "For me, this race will not start to flow and be seen until about four hours in. Up until then, it will be very interesting."

Of course, weather and traffic are sure to play a role as well. Oliver Jarvis said, "The traffic makes Le Mans special--you're always under pressure, you always have to take risks."

In the LMP2 class, which is the most populous class at Le Mans this year, it's OAK Racing and its Nissan-powered prototype now on top of the standings, followed by G-Drive Racing and Jota Sport.

In both of the GTE classes, Aston Martin reigns supreme, taking out the top two spots in the GTE Pro class and the top spot in the GTE Am class.

For the full qualifying results, including detailed times and gaps, visit the official Le Mans results page. And remember, we'll have live coverage for you during this weekend’s race, including photo galleries of the action and more, so stay tuned for the latest live from the 24 Hours of Le Mans, right here at Motor Authority.

The top five qualifiers in each class are listed below: