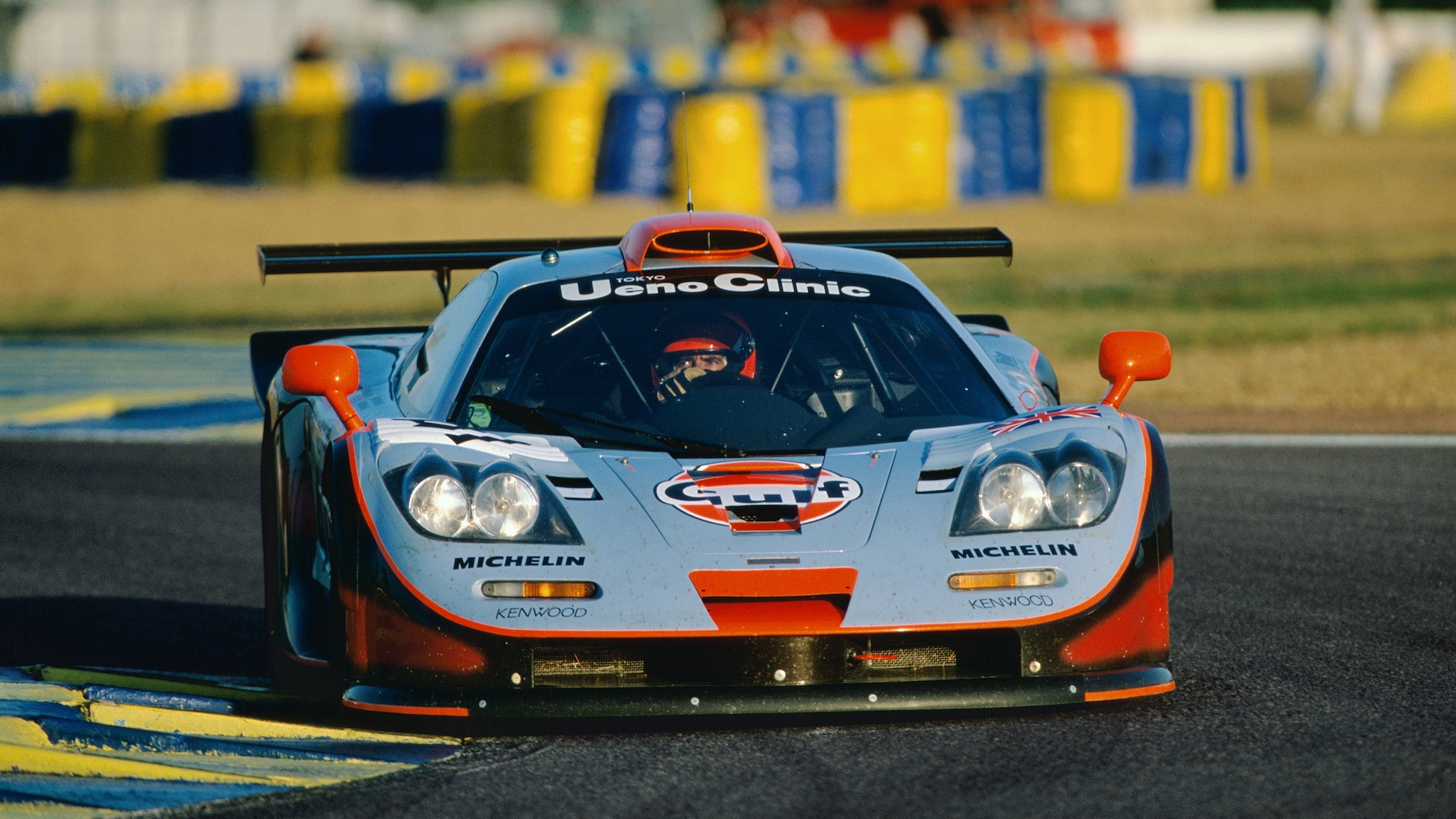 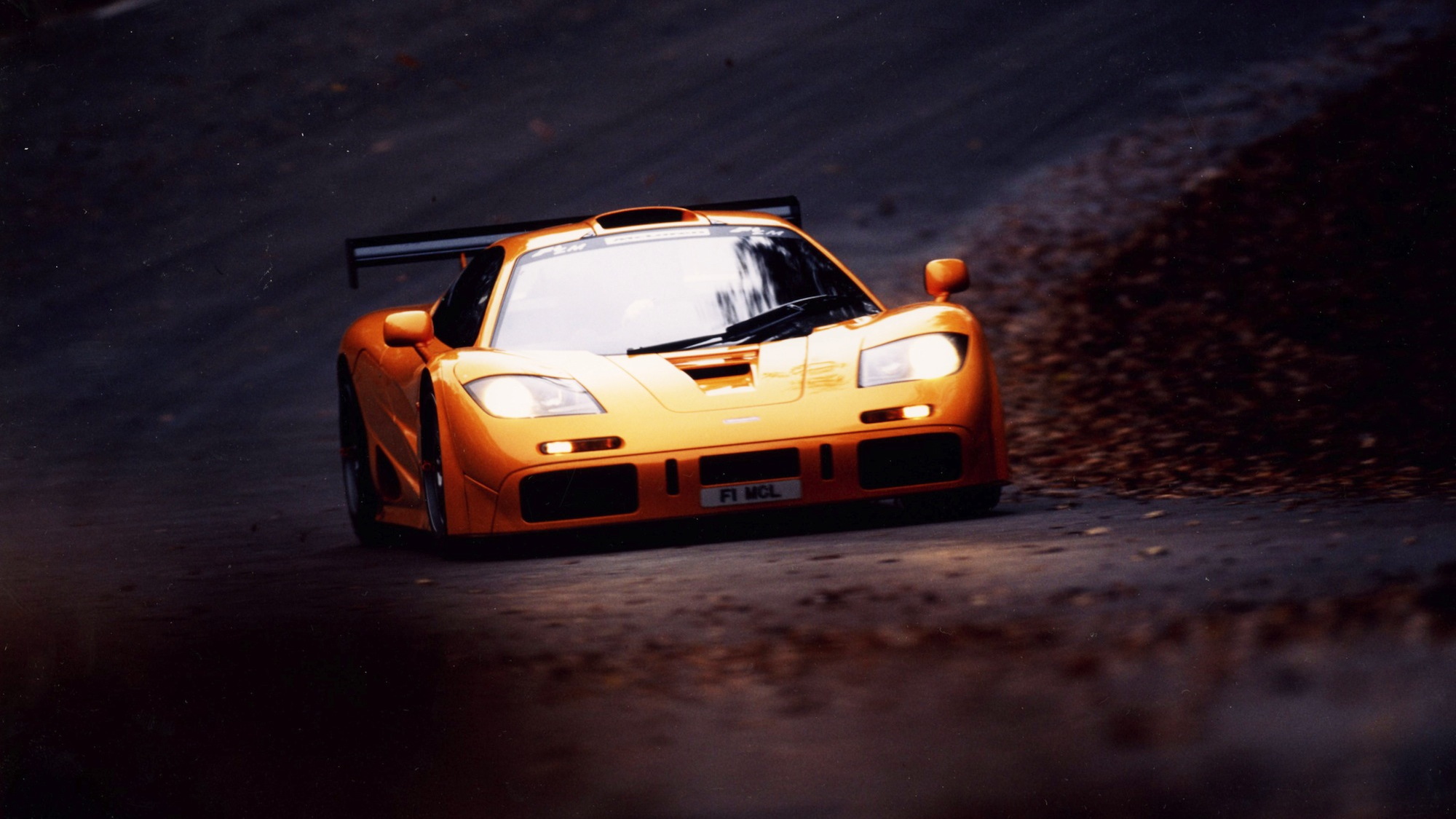 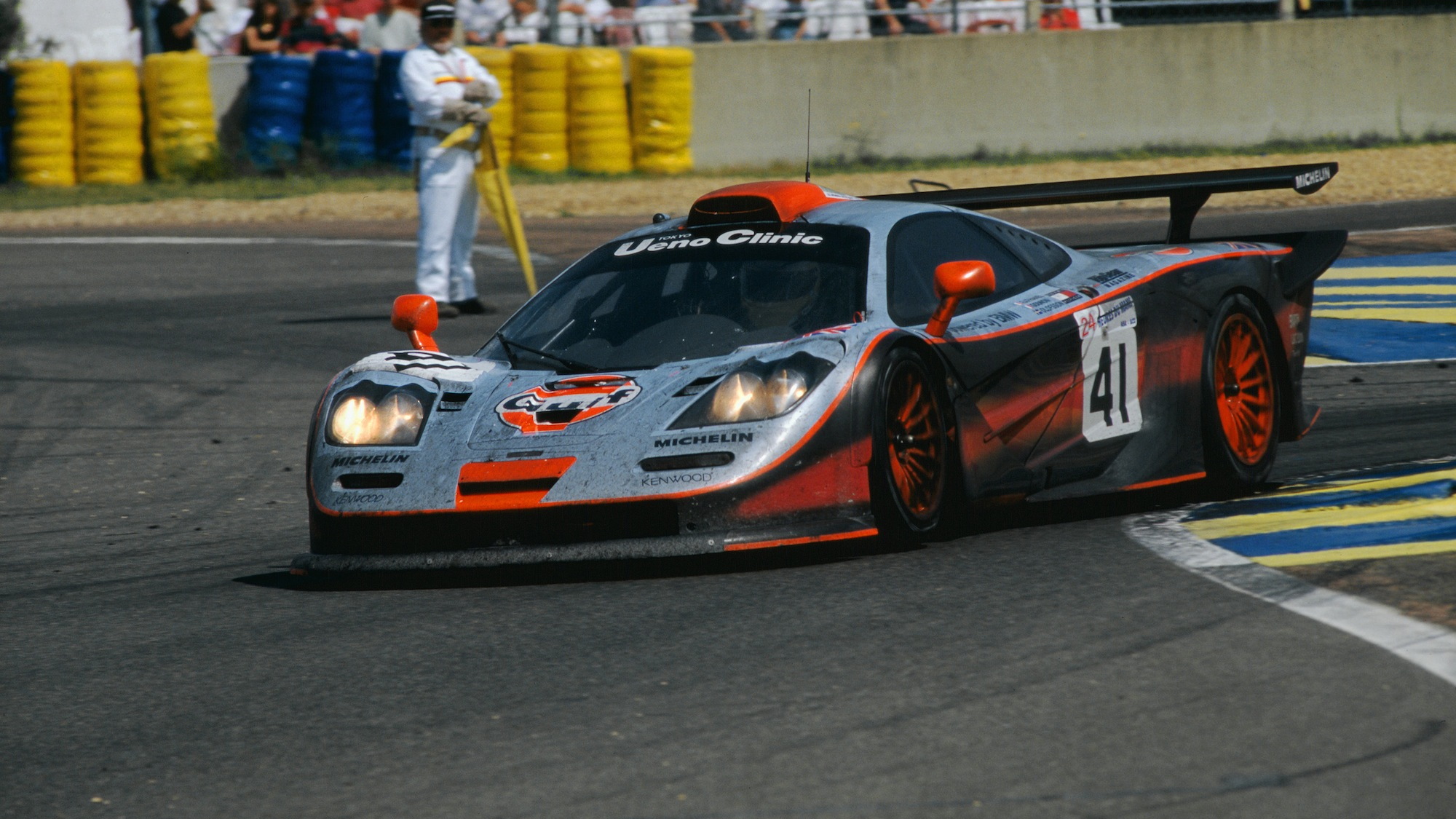 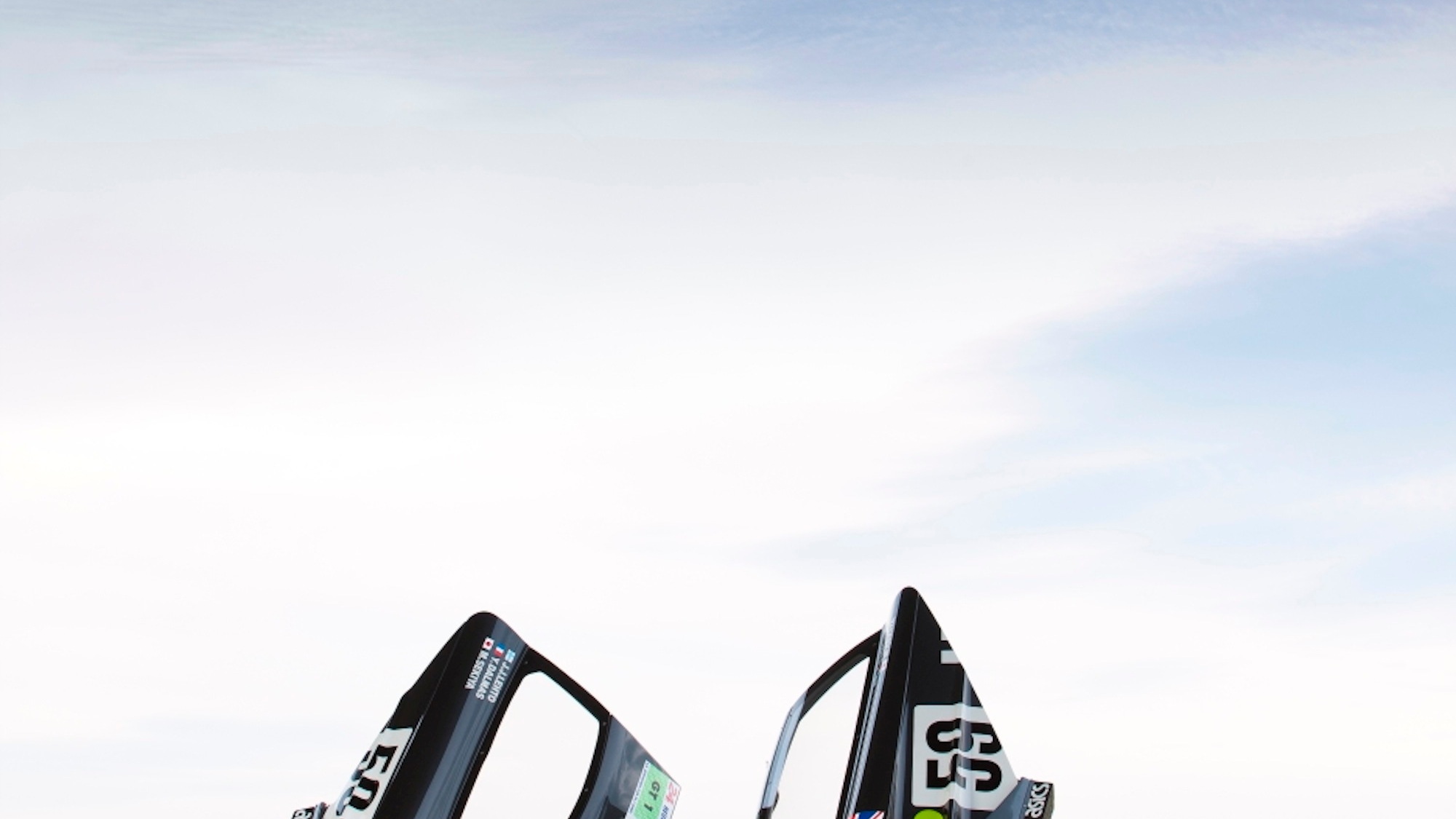 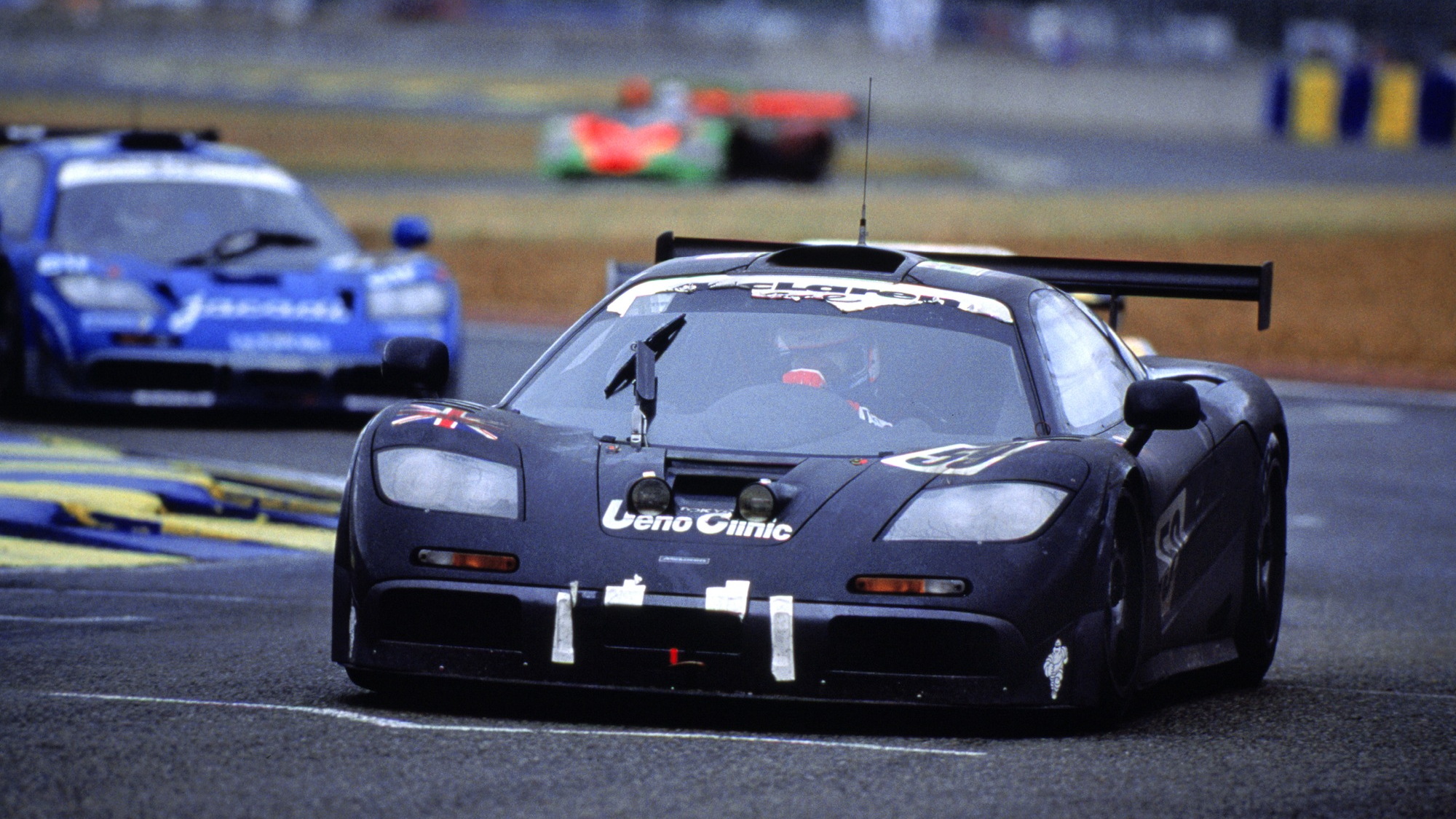 6
photos
The 24 Hours of Le Mans is underway, with practice and qualifying sessions taking place today, and the race running this weekend. Eighteen years ago, McLaren was in the thick of it, with the F1 GTR pulling through the long night and into the checkered flag for the overall win.

That F1 GTR, piloted by J.J. Lehto, Yannick Dalmas, and Masanori Sekiya, for Kokusai Kaihatsu Racing, will be on display at this year's Goodwood Festival of Speed, alongside several other legendary McLaren race cars.

Among those others will be the F1 LM, built to honor the 1995 Le Mans victory, as well as the Gulf Oil-liveried F1 GTR "Longtail", itself a second-place finisher in the 1997 24 Hours of Le Mans.

In addition to being 18 years since McLaren's last Le Mans overall win, 2013 marks the 50th anniversary of the founding of the McLaren race team. In those 50 years, McLaren has become the only race team to have won championships in Formula 1, Indy 500, Le Mans, and Can-Am.

Also on tap for Goodwood is the "global dynamic debut" of the McLaren P1 hyper-hybrid. That means the P1 will likely make its first public drives at the Festival, almost certainly including a run up the famed hill climb course.

The Goodwood Festival of Speed runs July 11-14 this year, at the eponymous British estate.