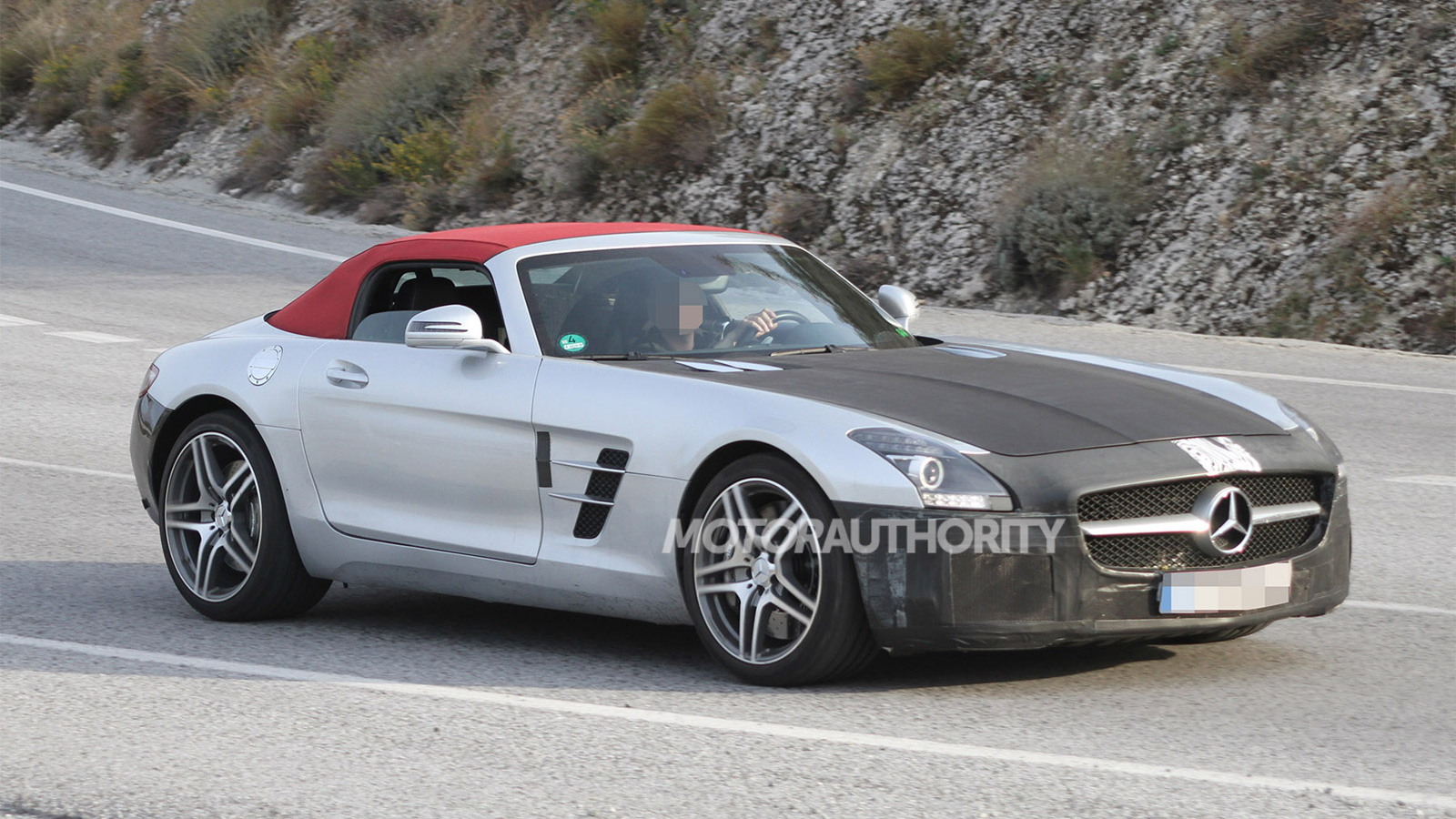 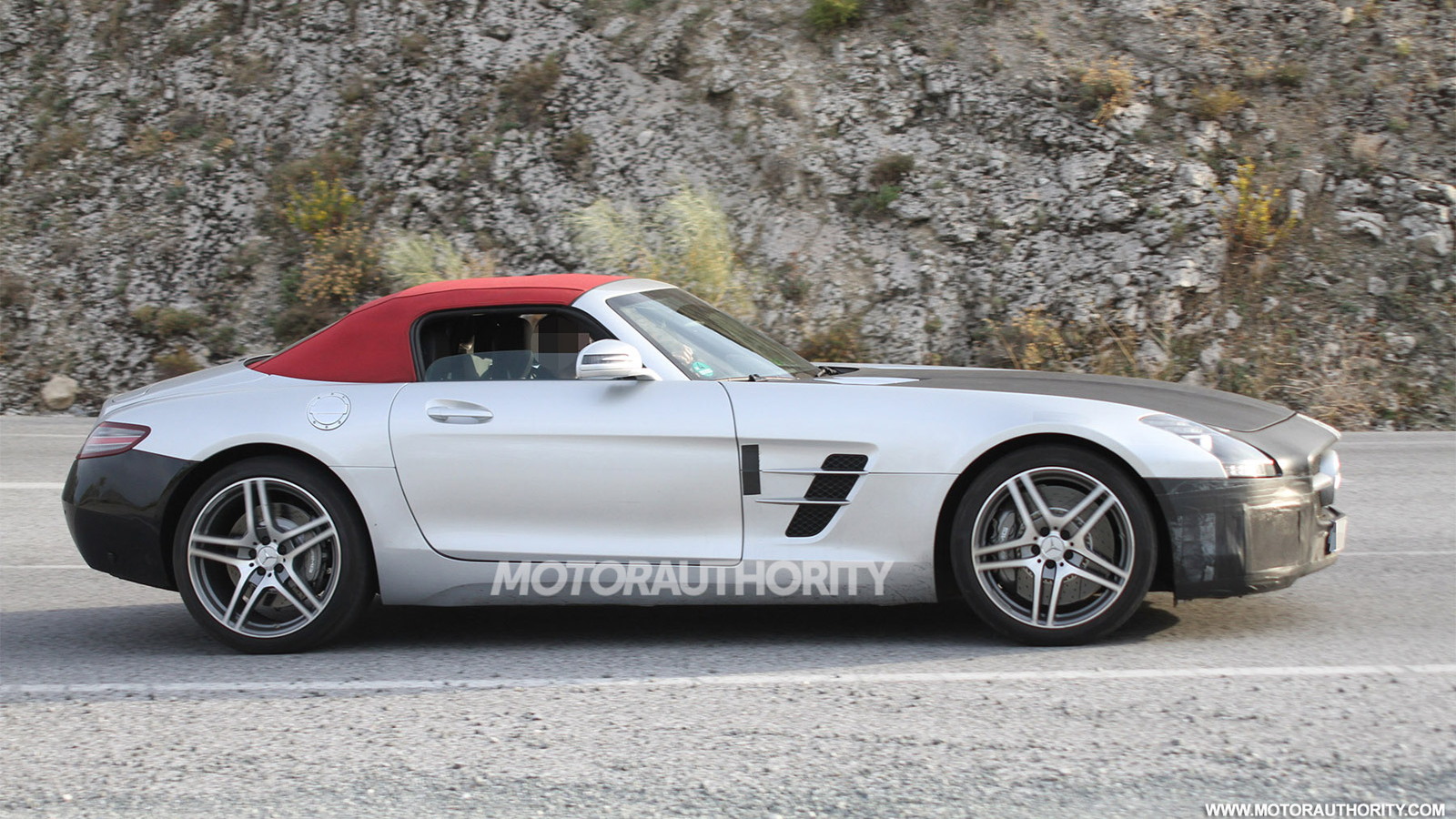 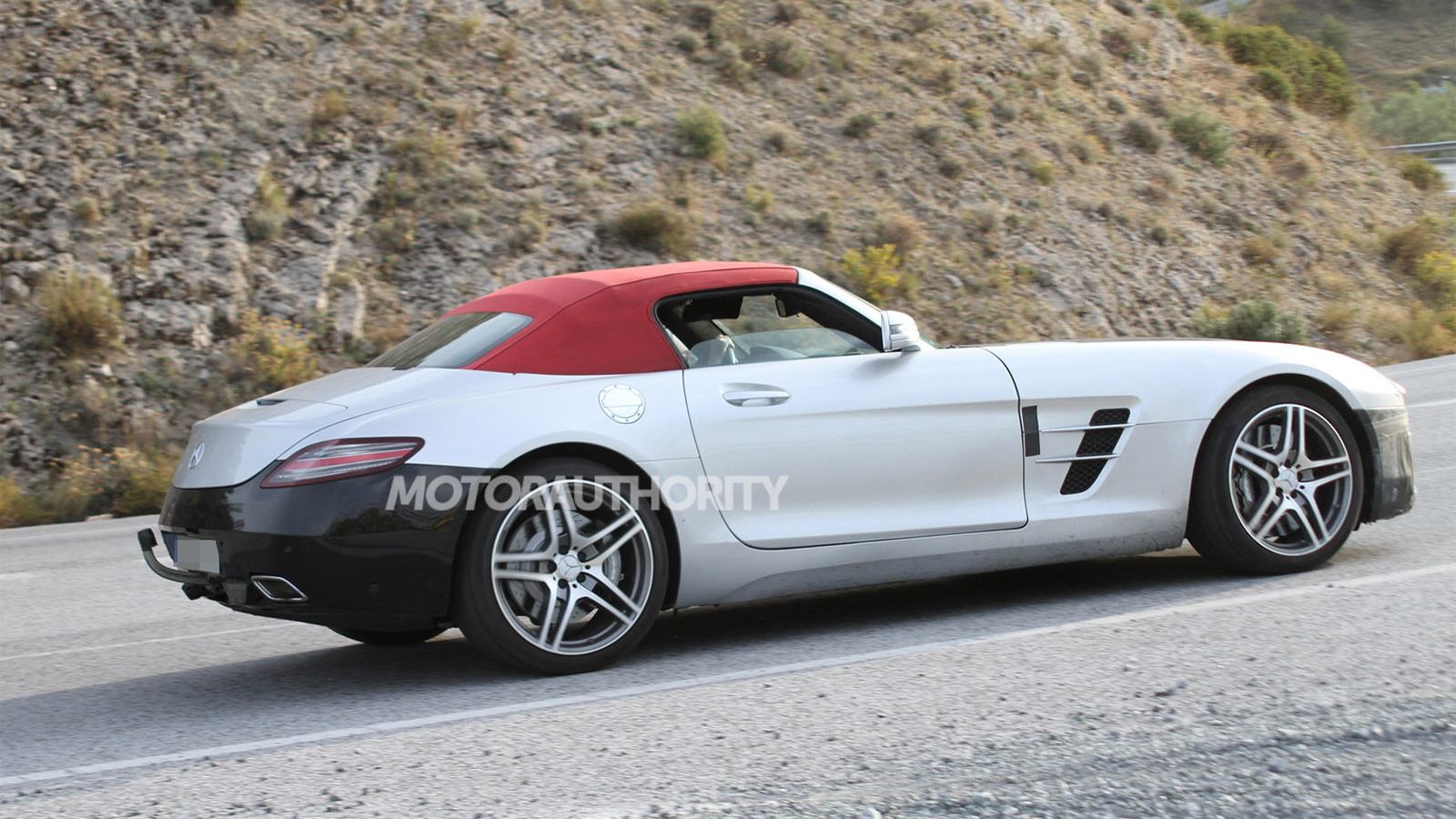 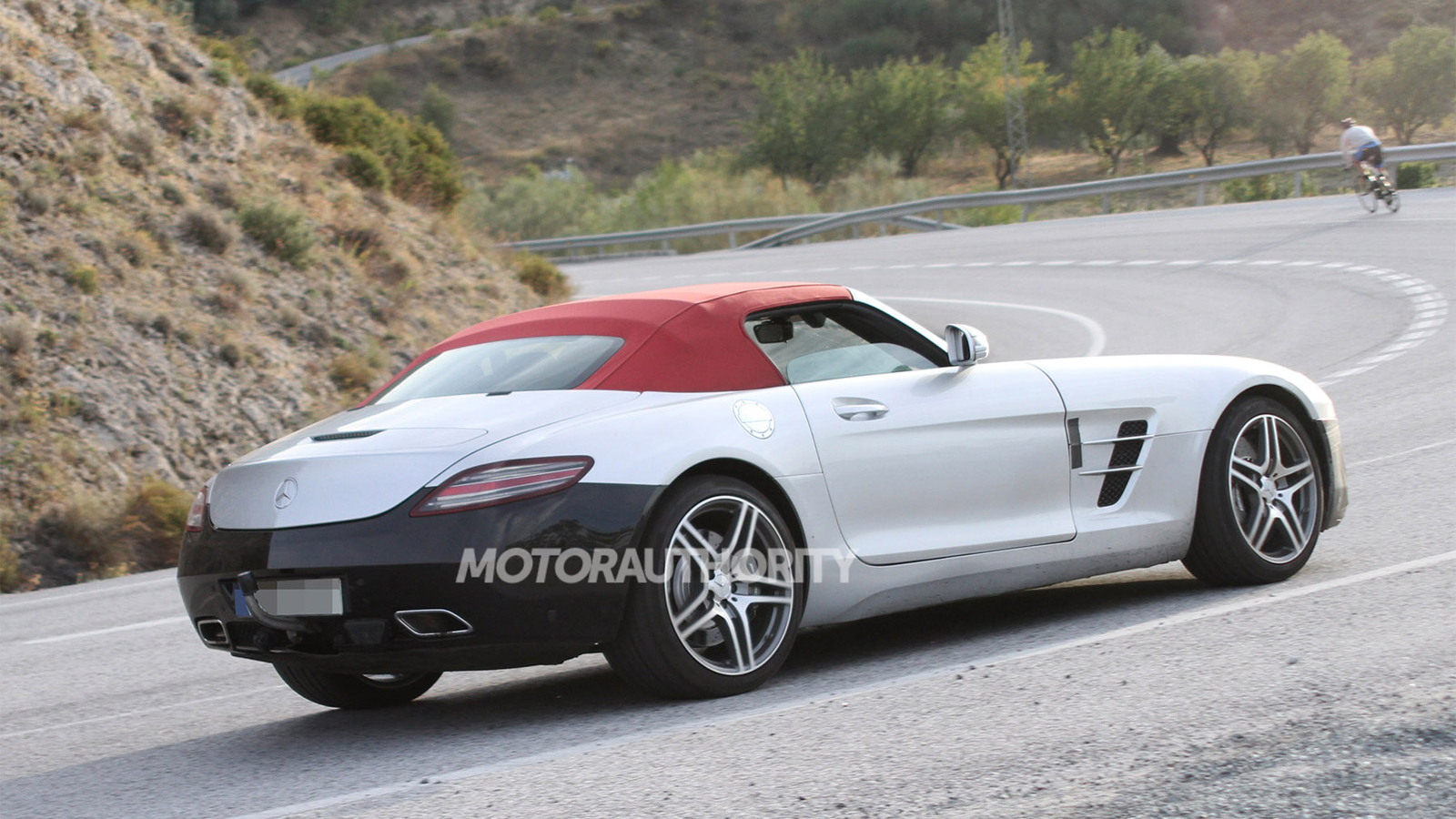 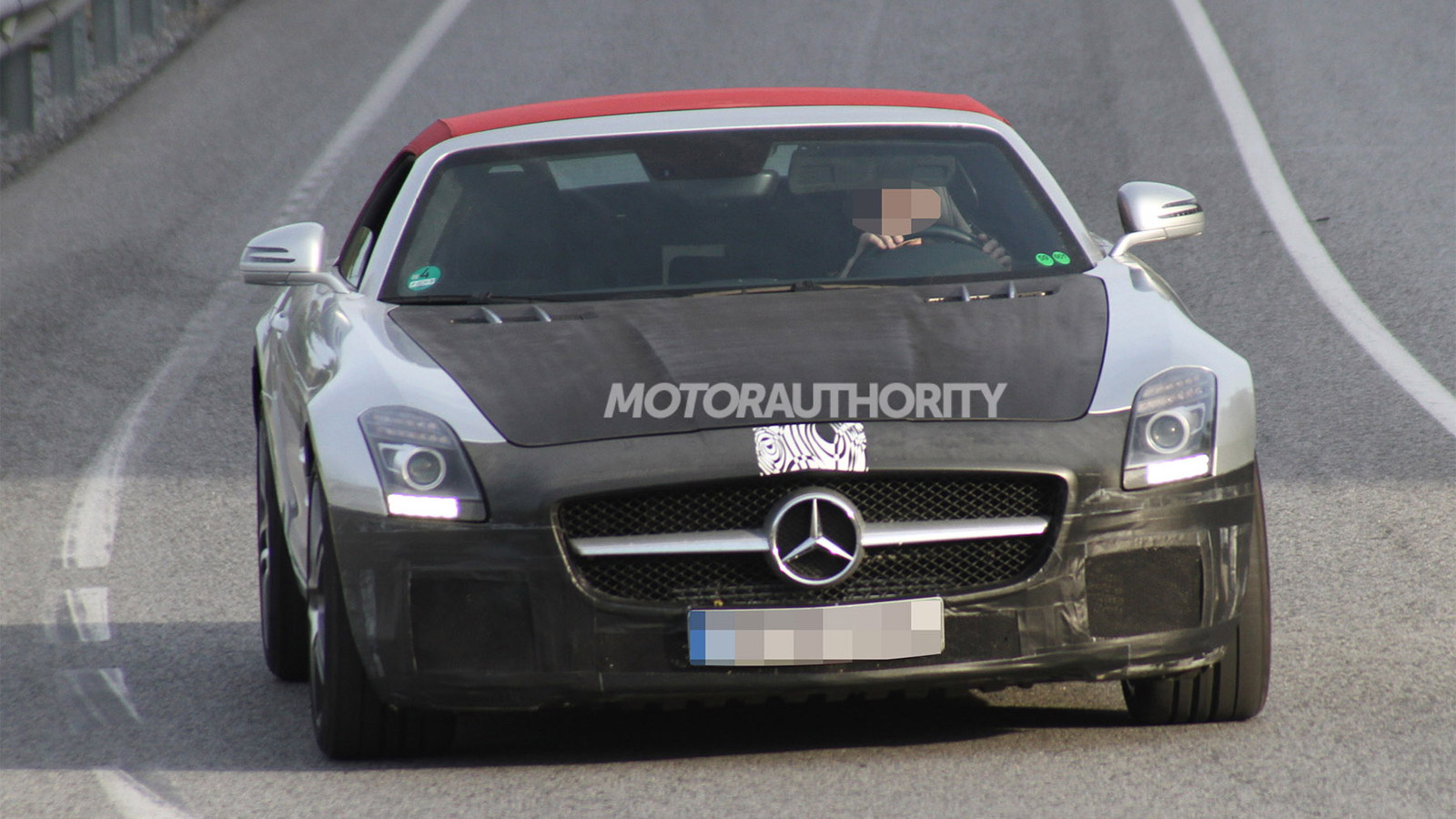 20
photos
It might seem like the SLS AMG Roadster is still new, and truthfully, it is, having made its debut in late 2011, as a 2012 model. But Mercedes-Benz is planning a facelift for the car, as evidenced by these latest spy shots of a prototype.

The updates are intended to keep the car looking fresh until it, along with the rest of the SLS AMG family, is discontinued in the next 12 to 24 months to make way for a new Mercedes-Benz sports car, the code-named C190.

As the photos show, it's likely to be a very minor set of updates. The camouflage only covers the front bumper and part of the grille, indicating a light update of the car's look is in order in the near future.

Here in the U.S., the updated SLS AMG Roadster is likely to remain offered exclusively in GT trim. On the current SLS AMG GT Roadster, the GT badge signifies 12 more horsepower (for a total of 583) and a re-tuned version of the AMG Adaptive Performance Suspension, improving handling and adaptation to road surfaces. The seven-speed dual-clutch transmission is also sharpened up, making shifts quicker and more seamless.

It not clear what mechanical updates are planned for this updated version, though the enlarged intakes of this prototype suggest increased potency.

Look for a debut in early 2014 with sales commencing in the second half of the year, making the car a 2015 model. An updated version of the SLS AMG gullwing coupe is also due.

As mentioned, this will likely be the last update until the SLS AMG family is discontinued. The good news is that a true successor is planned, though it’s arrival will be delayed by several years.