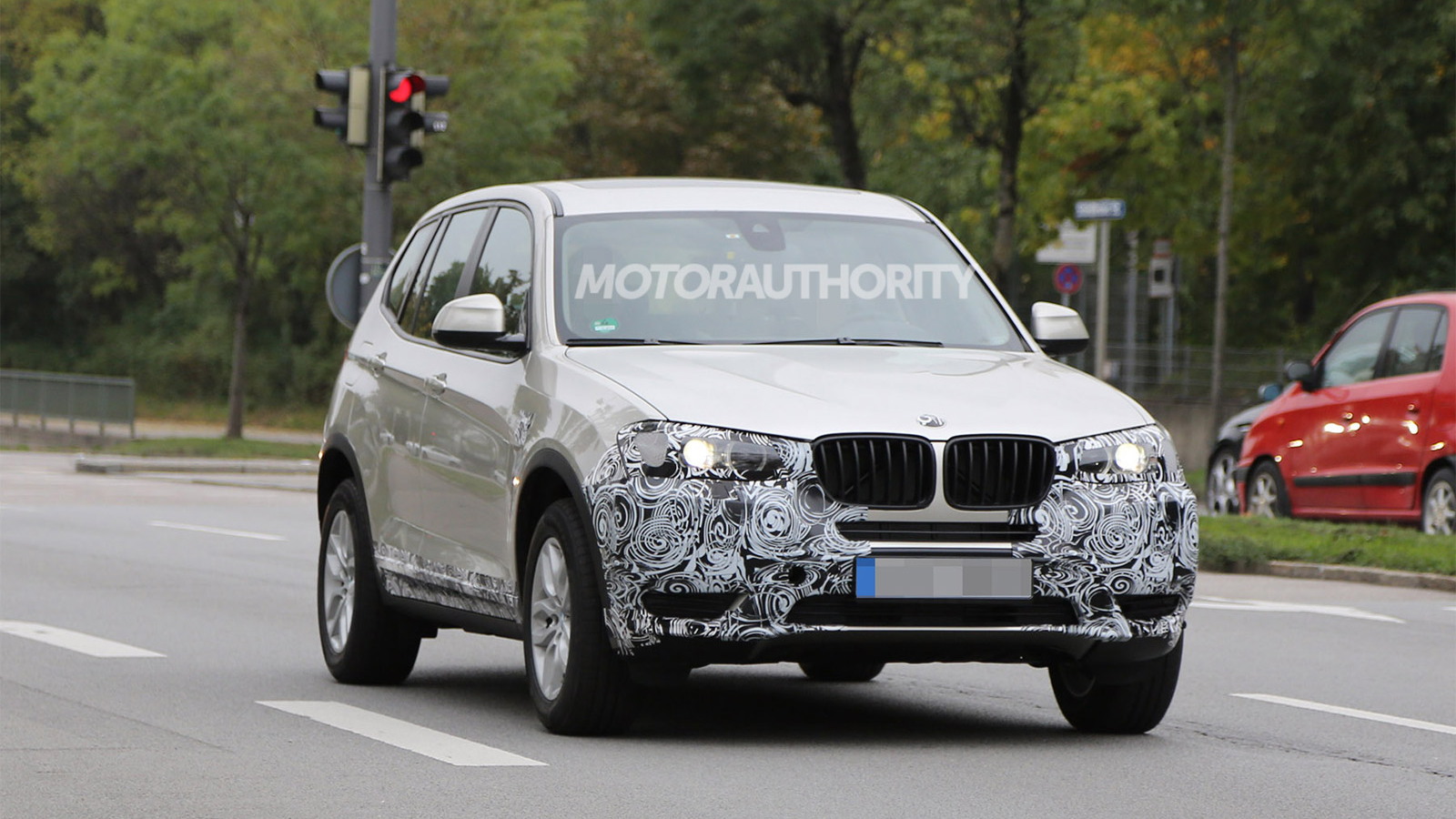 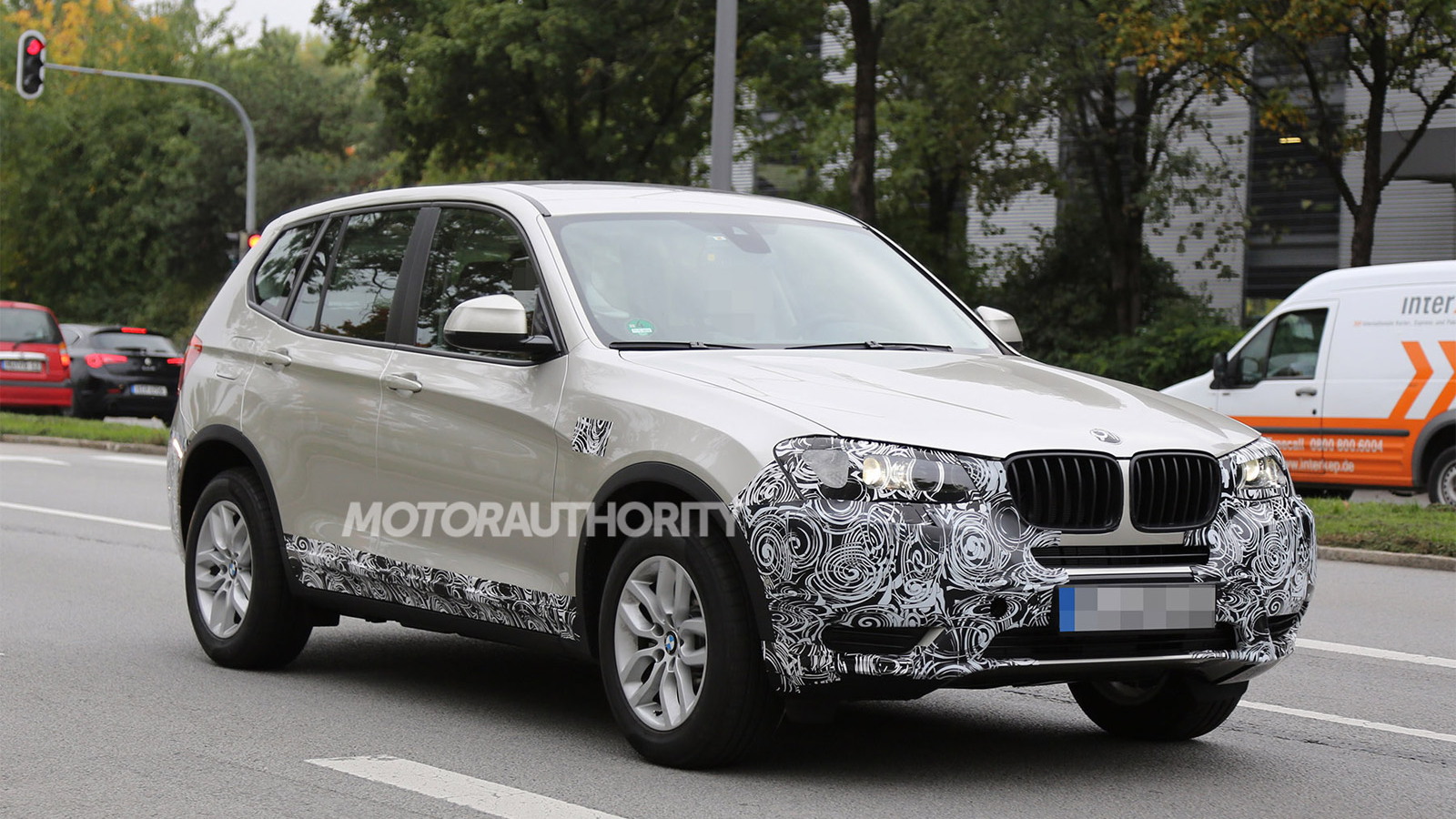 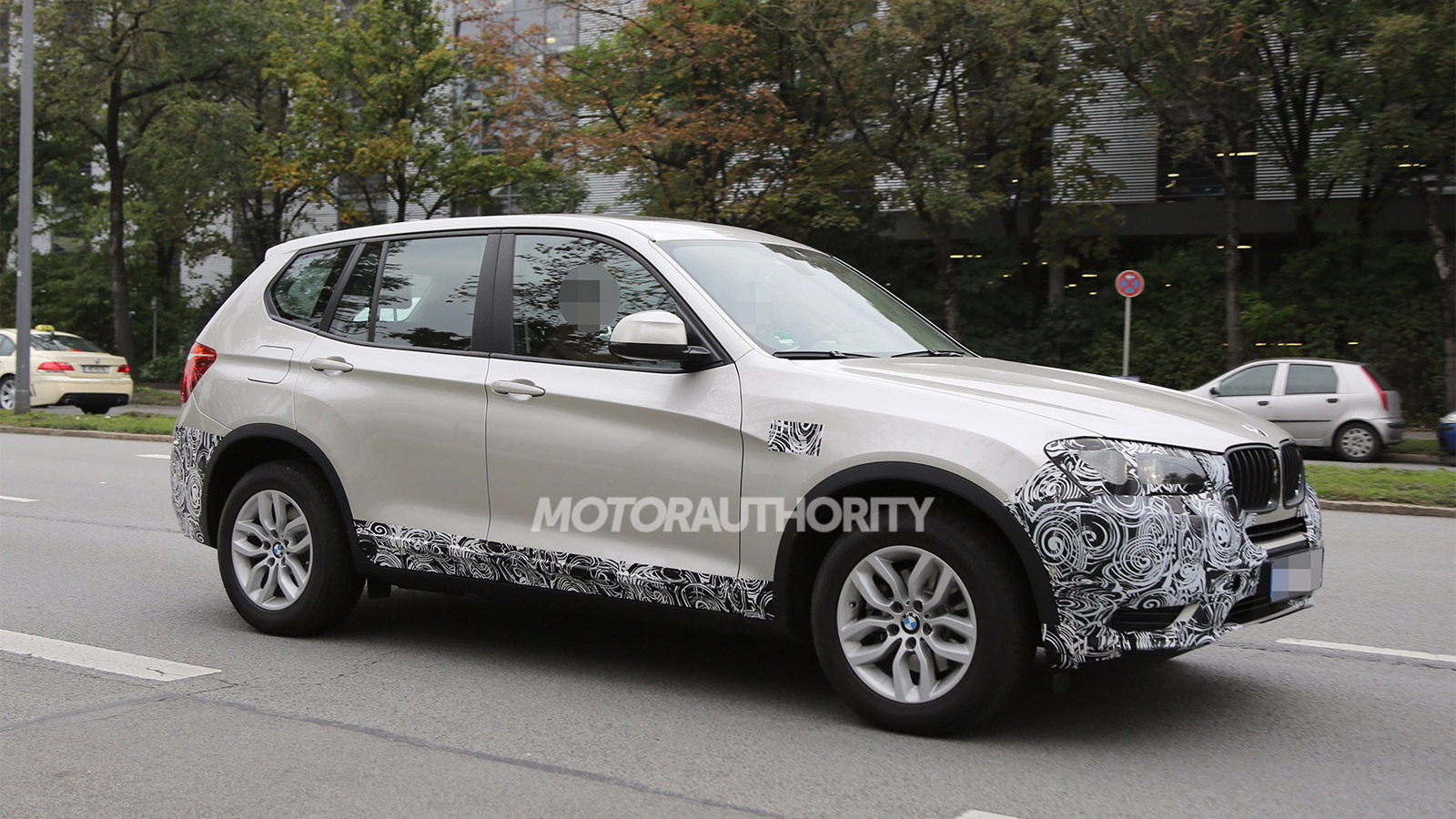 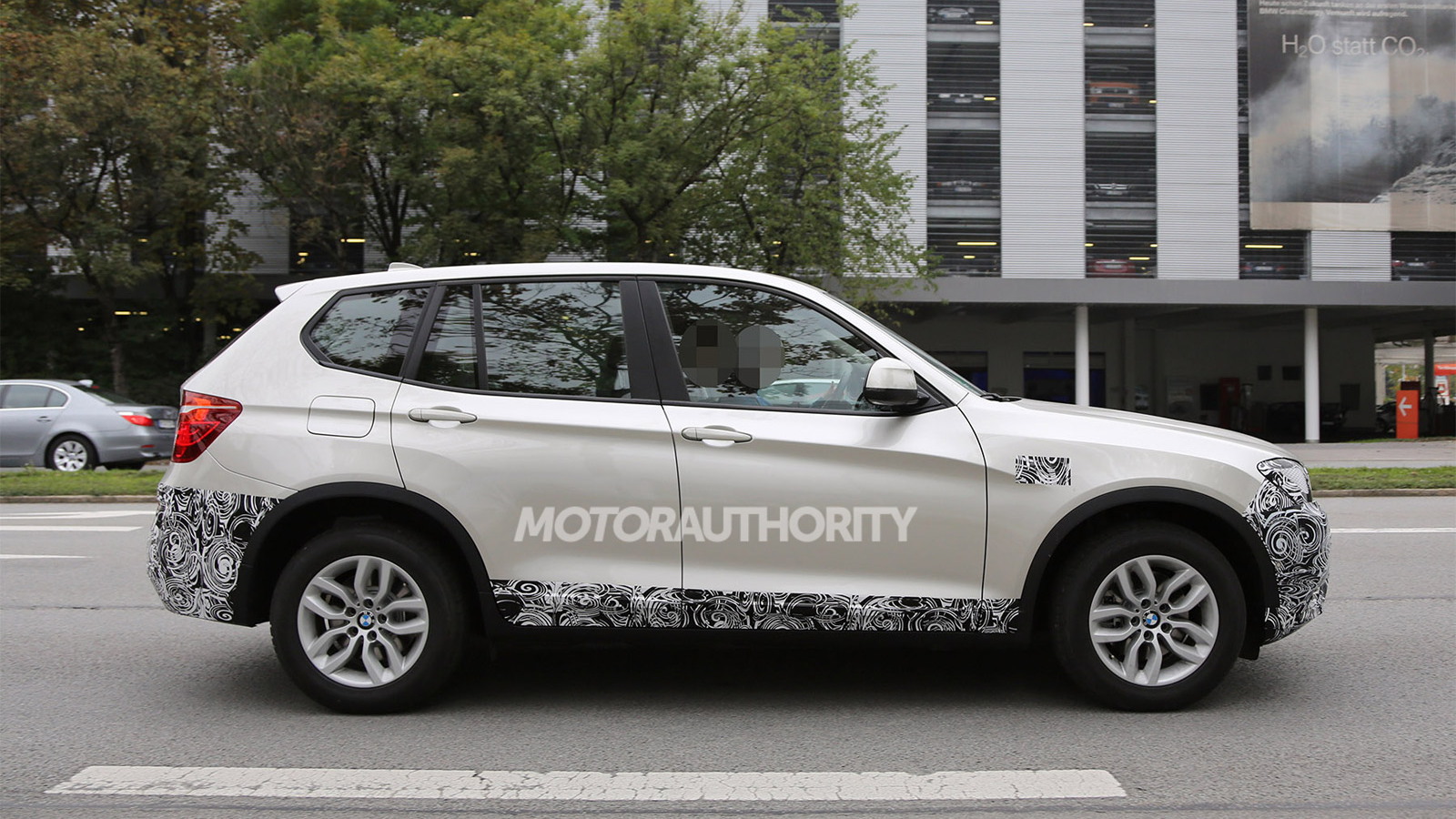 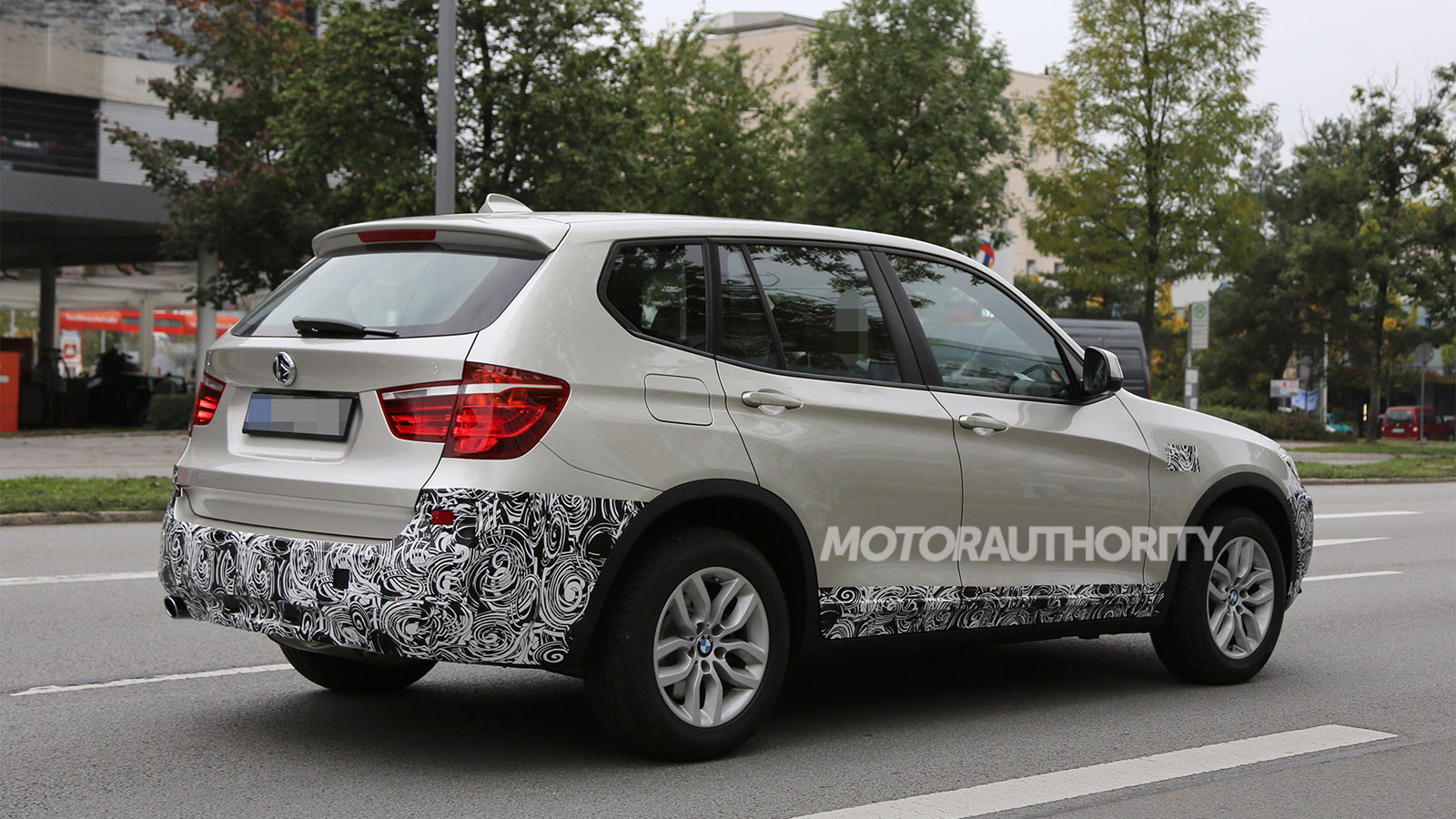 25
photos
BMW is in the process of updating several crucial models as it aggressively attempts to maintain its market leadership in the luxury segment. Recently, we brought you details on the facelifted 2014 BMW 5-Series range, and now we have new images of a facelifted 2015 BMW X3.

With the second generation of the X3 proving a hit (Americans bought up more than 35k units last year), BMW is unlikely to muck around with what is already a successful design. This is reflected in the lack of camouflage gear on this prototype, suggesting only minimal changes will be present on the 2015 model.

It appears there will be small tweaks made to the bumpers, front and rear, while some of the internal structure of the lights may be changed, too. At the rear, we’re expecting a new square-shaped exhaust tip design (the latest prototype is wearing temporary units).

With BMW updating the X3’s engine lineup only last year by adding a new turbocharged 2.0-liter four-cylinder engine in the base X3 xDrive28i model, it’s unlikely we’ll see any changes to the engines with this latest facelift.

For the interior, expect an updated navigation system, a revised menu for the iDrive system and more voice-activated controls as part of BMW's ever-expanding ConnectedDrive technology portfolio.

Look out for a debut of the 2015 BMW X3 around the end of the year, with sales to start in the summer of 2014. That should be about when another tall-riding BMW, the X4, makes its market launch.