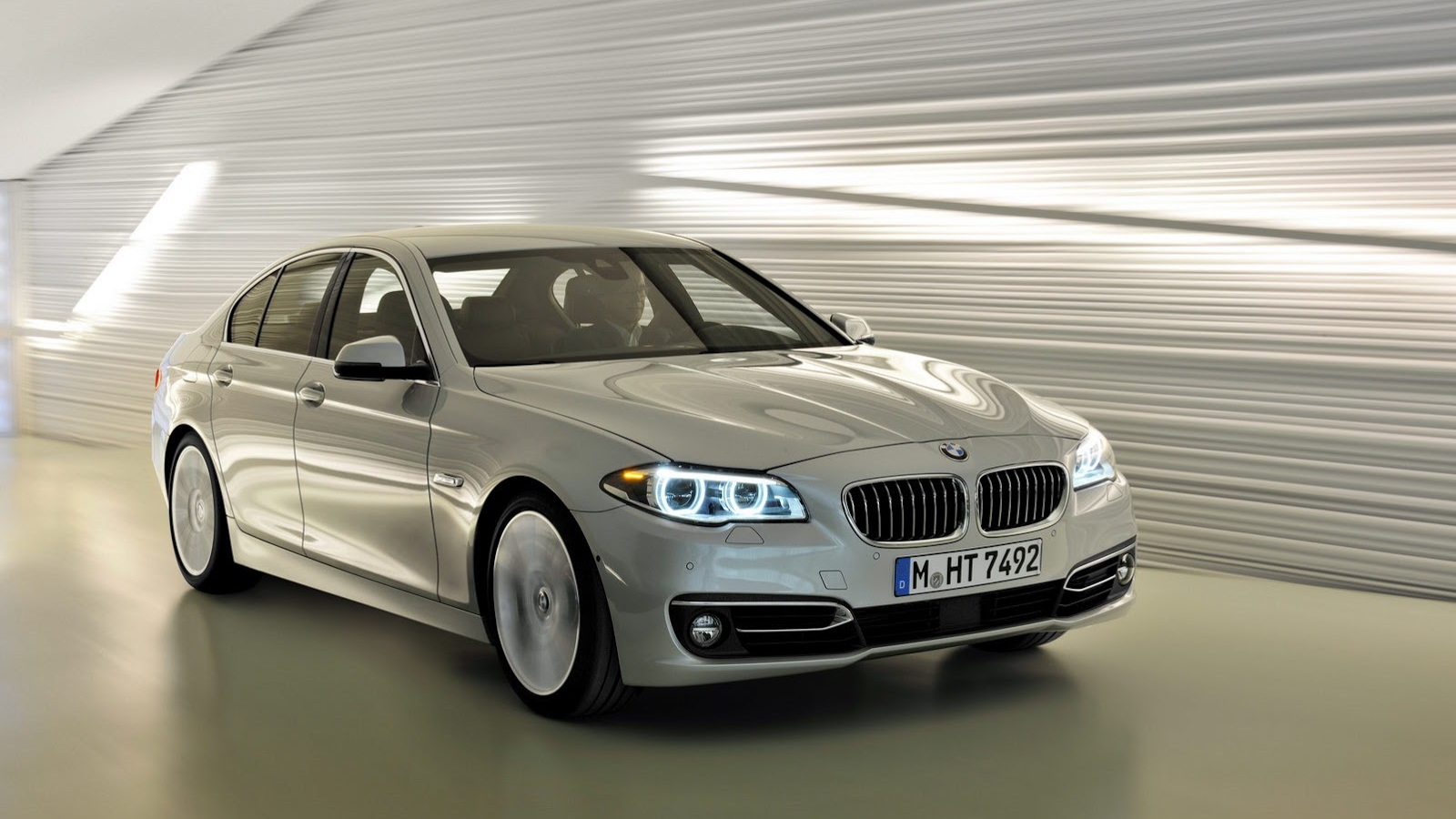 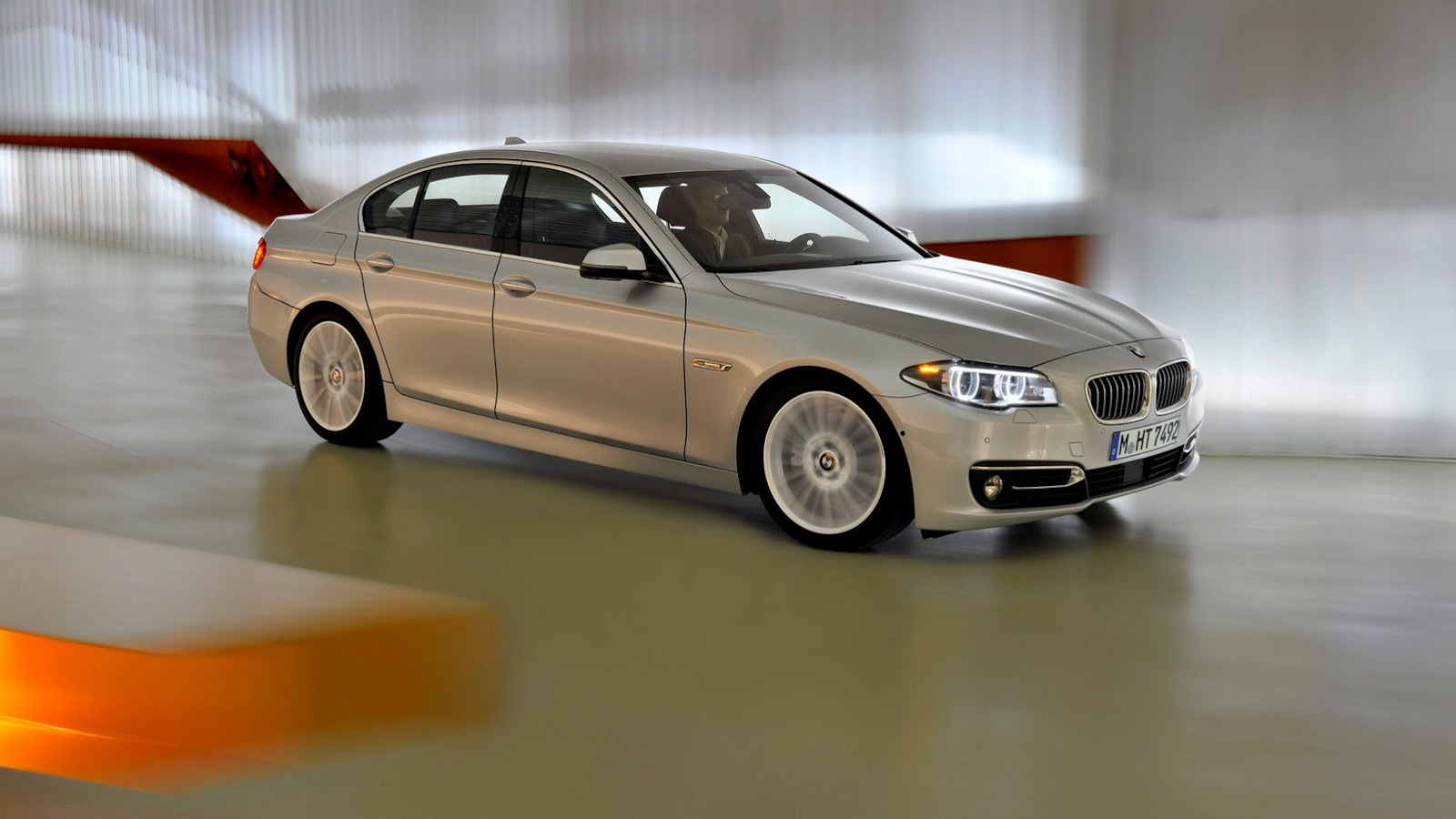 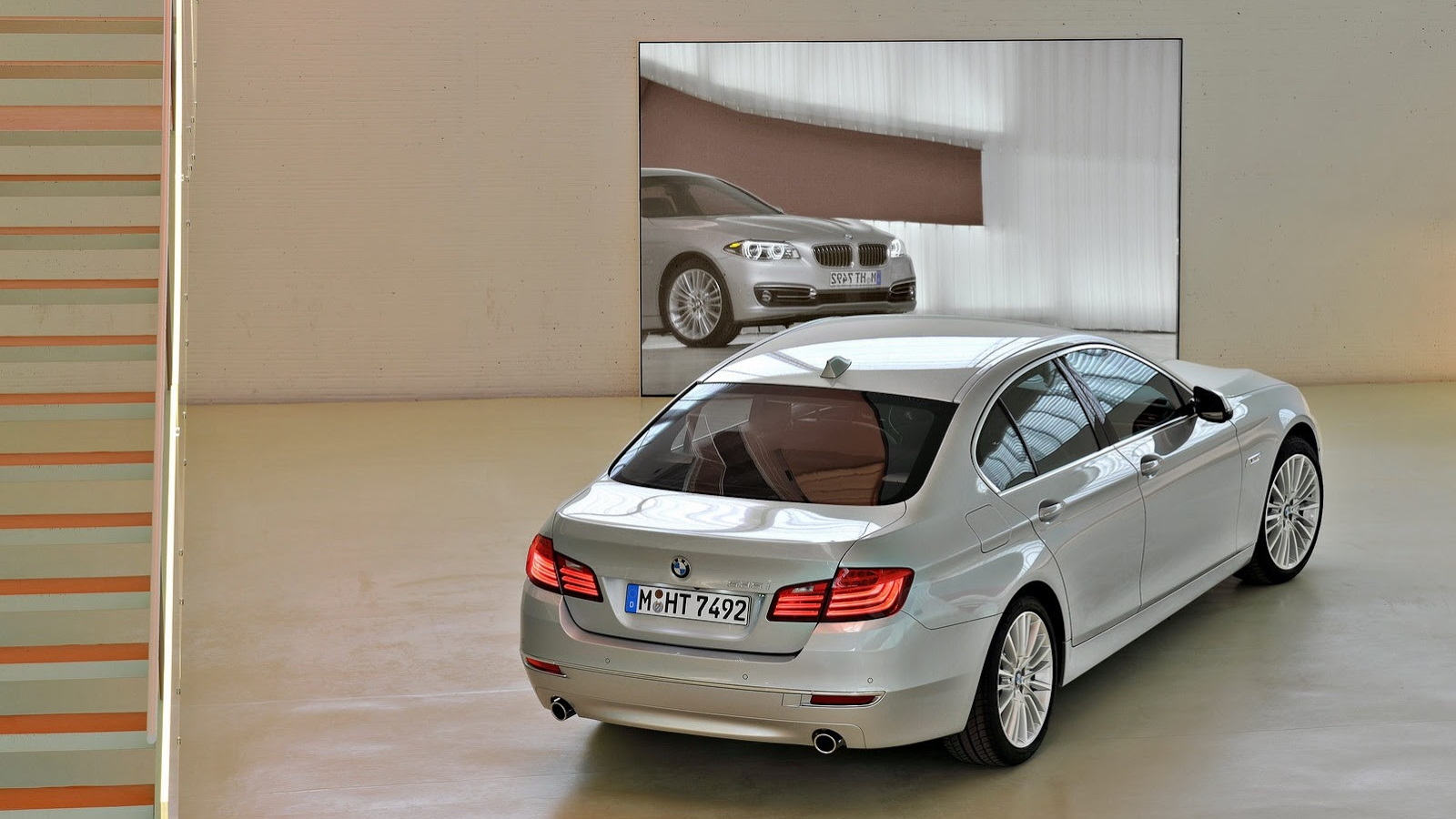 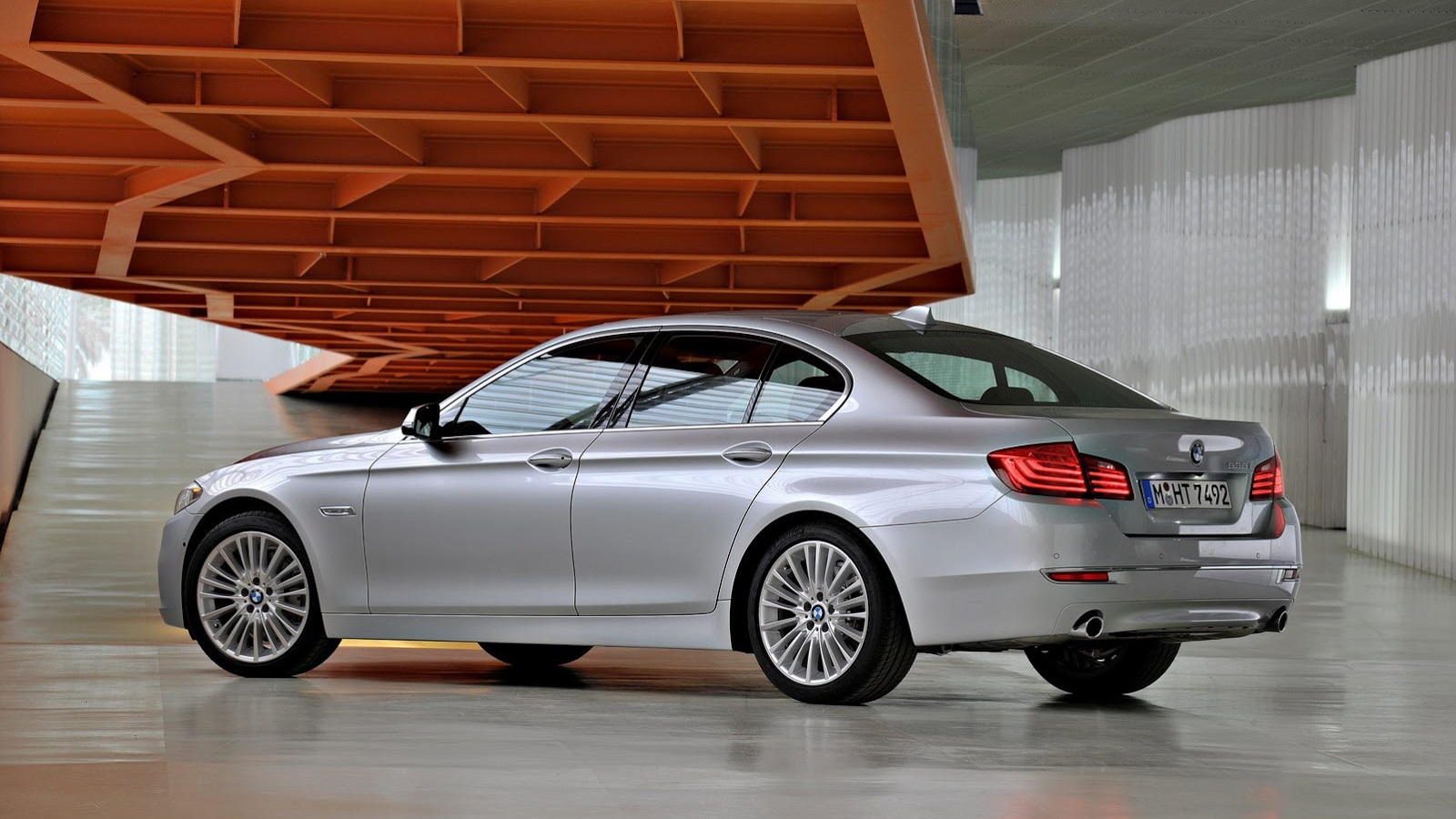 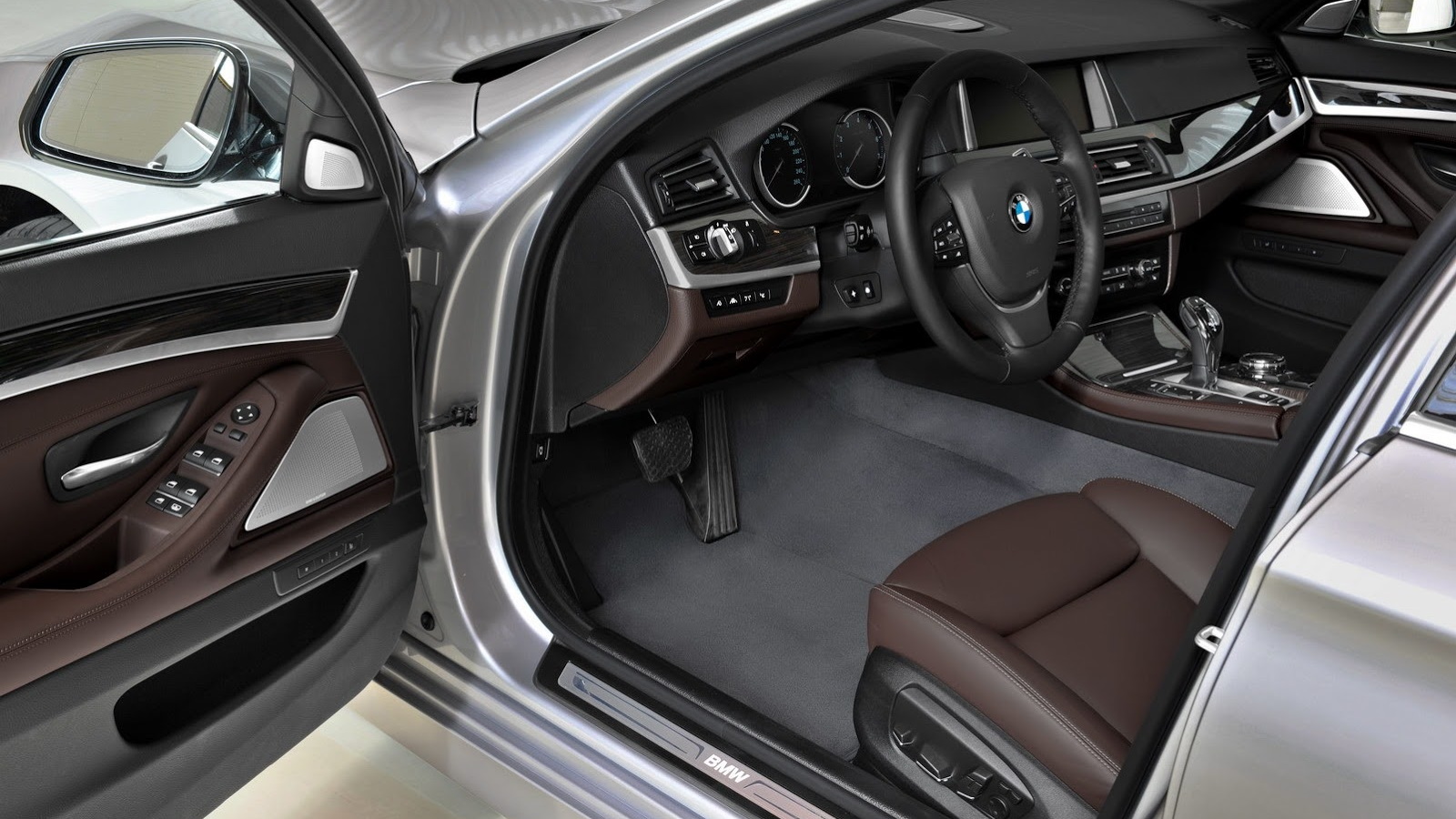 43
photos
BMW has updated its 5-Series for the 2014 model year, adding more power, a new diesel engine and plenty of refinements in the cabin.

Most of the changes affect the entire 5-Series range, including the 5-Series Gran Turismo, ActiveHybrid 5 and high-performance M5 models. Sadly, though, the U.S. still misses out on the svelte 5-Series Touring (Sports Wagon) sold overseas.

Unless you’re a BMW diehard, the visual changes to the range are hard to notice. They include a revised kidney grille, new bumpers and a more dramatic design for the graphics of the tail-lights. LED headlights are now available across the range and on some models the side indicator lights are integrated with the side mirrors.

Also new for the 5-Series range is the Luxury Line and Modern Line trim packages, which join the existing M Sport package. They include more visual touches including unique treatments for items such as the grille and wheels.

Inside, the dash area has been refreshed and now includes a touchpad surface on the iDrive controller and some chrome trim located near the central display screen. A new rear seat entertainment system is also available for the first time.

Performance fans can rejoice in the knowledge that BMW has upped the power on the more sporting models and added a sweet new diesel engine. The 528i and 535i still put out 240 and 300 horsepower from their respective turbo four- and six-cylinder engines, while the turbo V-8 in the 550i now makes 445 horsepower--45 more than the outgoing model. The 0-60 mph sprint in this model is said to take just 4.5 seconds, which isn’t far off the pace of the M5.

All models get an eight-speed auto as standard, though a six-speed manual is offered on certain models as a no cost option. The 2014 BMW M5, meanwhile, still makes 560 horsepower, though it’s now available with a Competition Package that lifts output to a heady 575 horsepower. It’s available with either a six-speed manual or seven-speed M-DCT dual-clutch transmission.

As for the diesel engine, it’s a turbocharged 3.0-liter straight-six and will be appearing in a 535d sedan only. Estimated performance from this engine is 255 horsepower and 413 pound-feet of torque, the latter of which is said to be available from just 1,500 revs. EPA-rated fuel economy will be available closer to launch, though expect this model to give the ActiveHybrid 5 a run for its money when it comes to mileage.

One change for the drivetrains on the 2014 5-Series range is a coasting mode, which is able to disengage the engine from the rest of the drivetrain when coasting to help save fuel. There is also a navigation function that selects routes based on efficiency. Additionally, BMW says further fuel savings are made by slight improvements to the overall aerodynamic efficiency of the range.

A Quick Look Inside

New details inside the 2014 BMW 5-Series provide a refined impression and increased functionality. In all models the central display of the iDrive operating system is now bordered by chrome trim strips. The storage compartments and cup holders in the center console of the sedan also have increased capacity.

The biggest change is the iDrive controller, which features a standard navigation system and new touchpad surface. This is ideal for entering a navigation instruction by spelling out the desired address using finger movements. Voice command may also be activated from the touchpad.

In addition, the range now offers customers a new rear seat entertainment system with tablet-style displays, a Harman Kardon sound system and a new version of the ambient light option.Finally, there’s the new Luxury Line and Modern Line trim packages. These add a number of visual touches around the car, such as chrome or matte finishes on the grille and window frames, and they provide customers with the option to upgrade to premium Nappa leather trim at no additional charge. The M Sport package is still available, adding things like a sports body kit and M accessories in the cabin.

As mentioned, sales of the 2014 BMW 5-Series range commence in August.