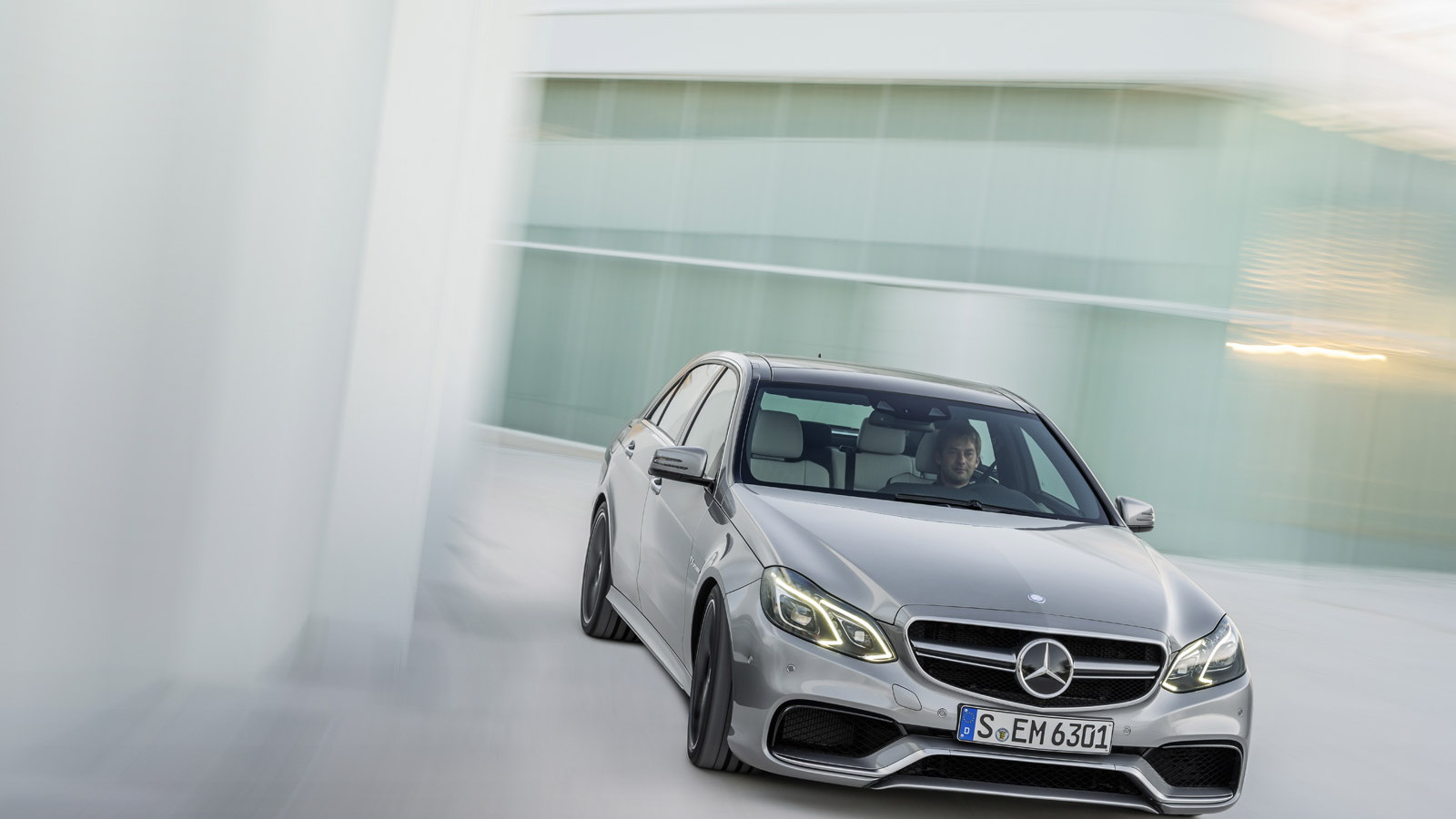 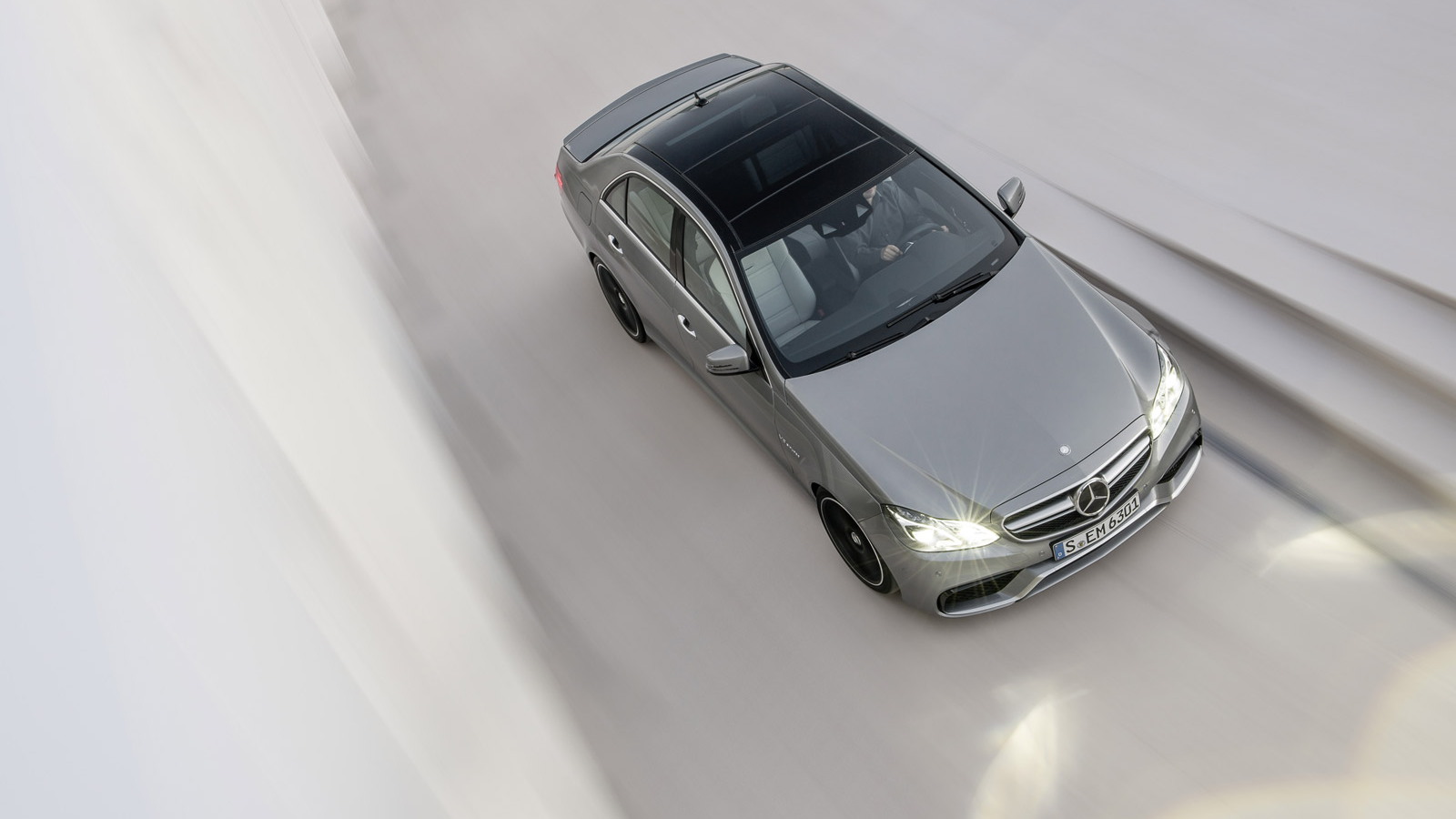 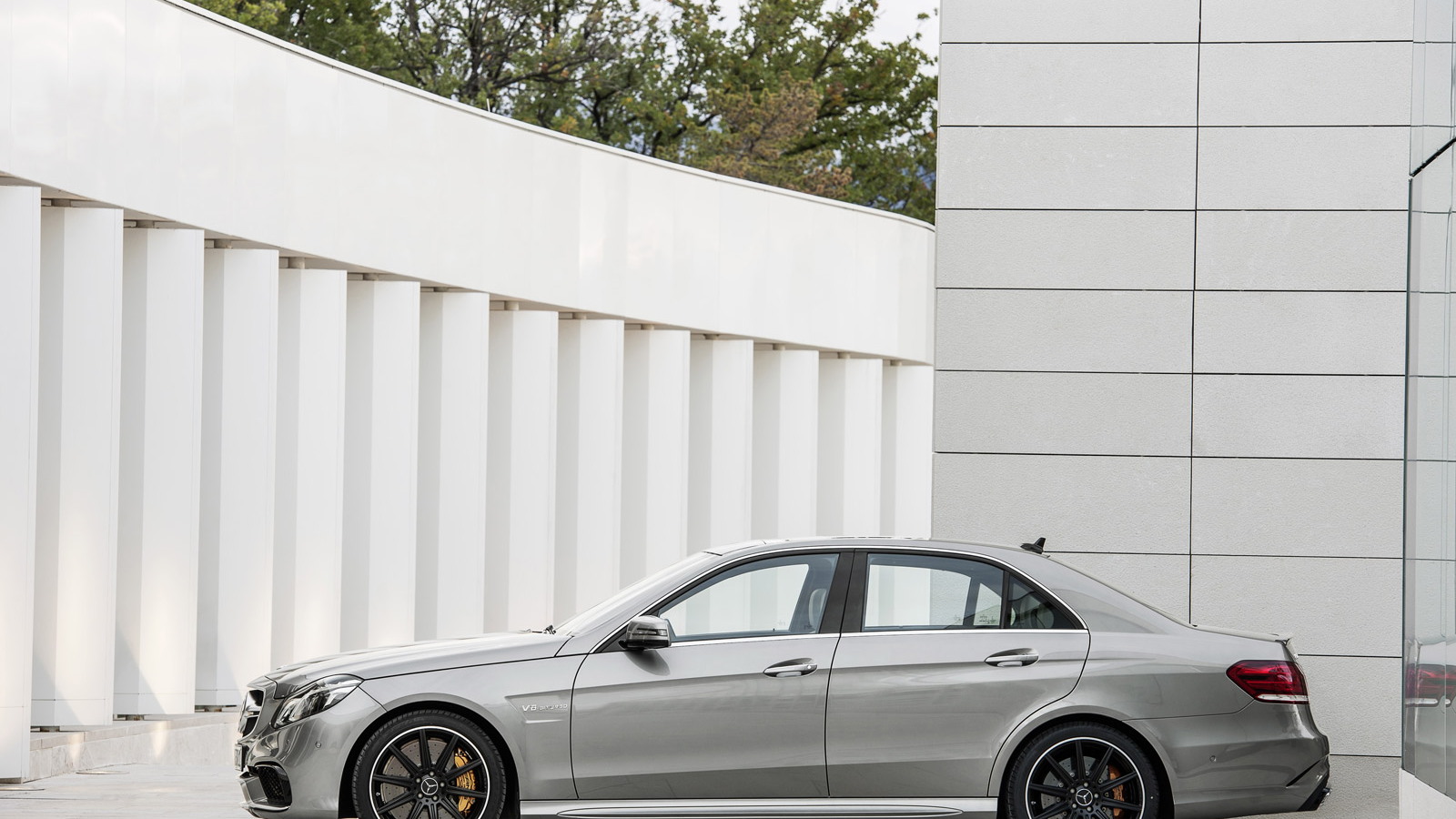 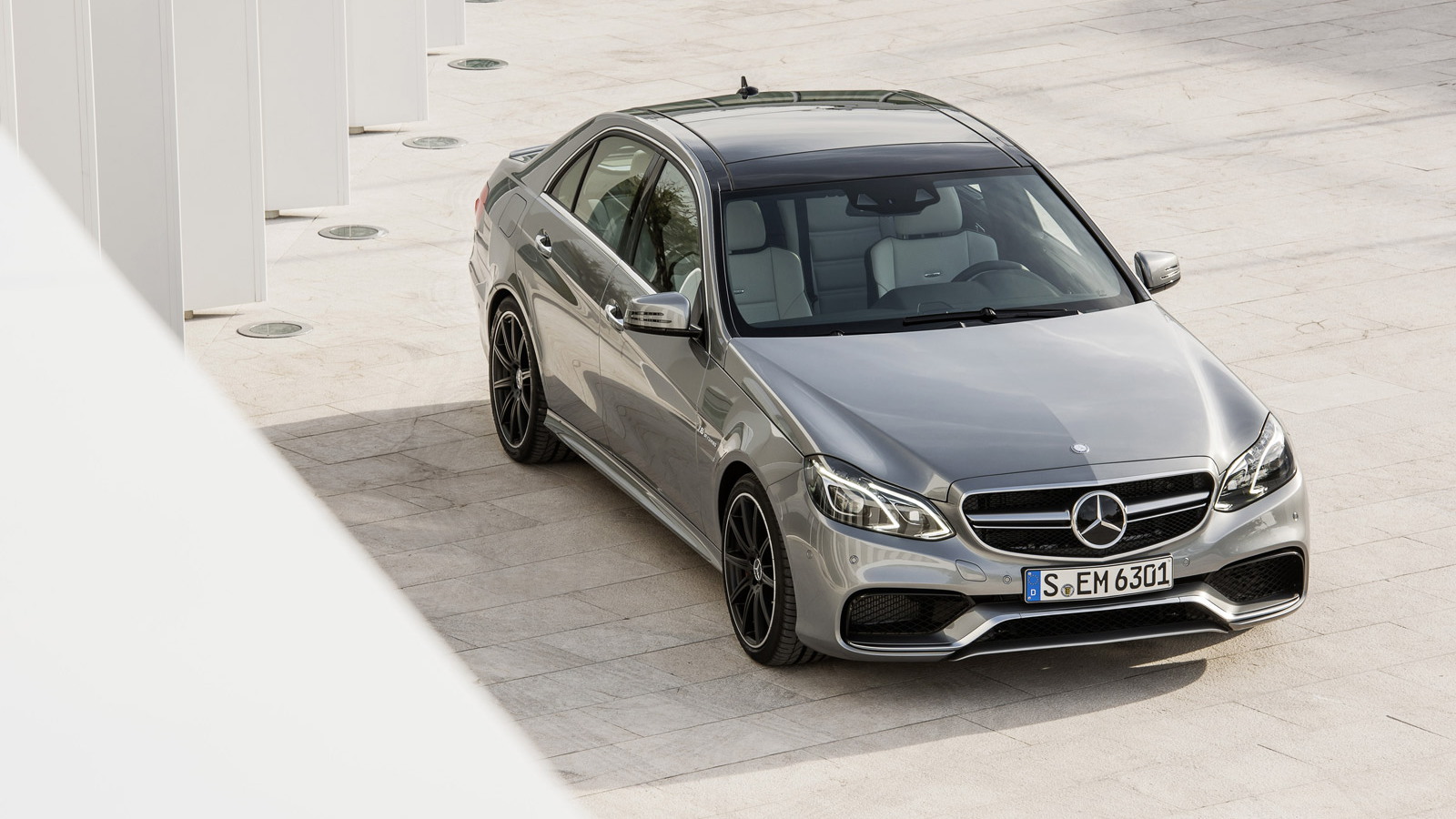 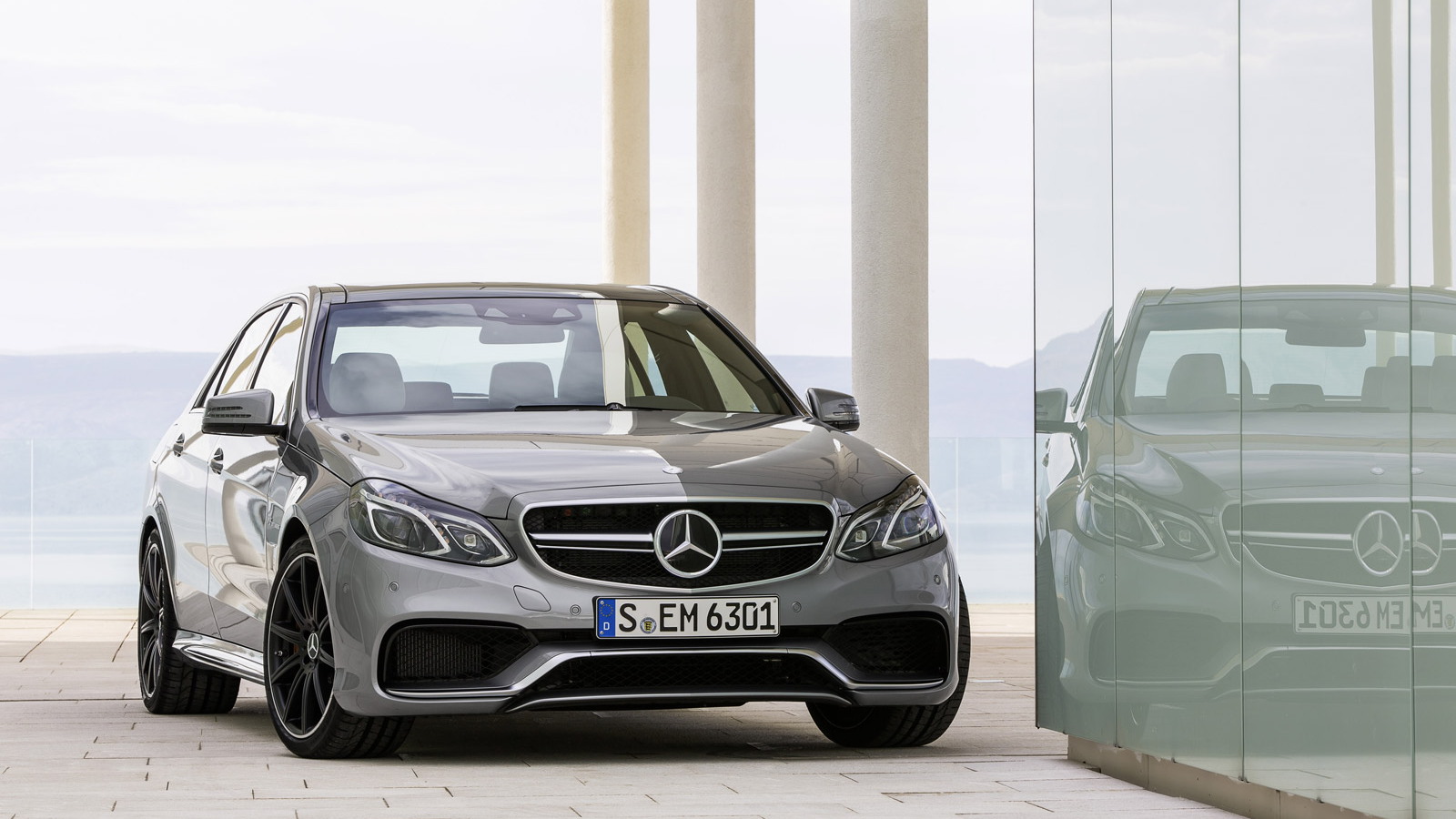 16
photos
You saw the new 2014 Mercedes-Benz E63 AMG make its debut recently at the 2013 Detroit Auto Show, in both sedan and wagon bodystyles, and with standard 4Matic and a new S-Model trim.

But now see it take to a race track, where it finally has a chance to stretch its legs.

This video shows both sedan and wagon bodystyles lapping an empty race track, which despite wet conditions proves to be no concern to the Teutonic duo.

The latest E63 AMG range goes on sale this summer, where it will join updated versions of the regular E Class as well as the E Class Coupe and Cabrio.

In addition to its aggressive new look, the car also gets more power, improved handling and a more upmarket interior. The most potent model now is the S-Model, which gets a 577-horsepower version of AMG’s twin-turbocharged 5.5-liter V-8 that’s gradually replacing the old 6.2-liter unit in the tuner’s lineup.

As we see in this video, the new turbocharged engine doesn’t quite match the vocal qualities of the old naturally-aspirated mill, though it should still scare off any bystanders when you drop the hammer. It’s also a much better performer, being able to rocket the latest E63 AMG 4Matic S-Model to 60 mph from rest in just 3.5 seconds.