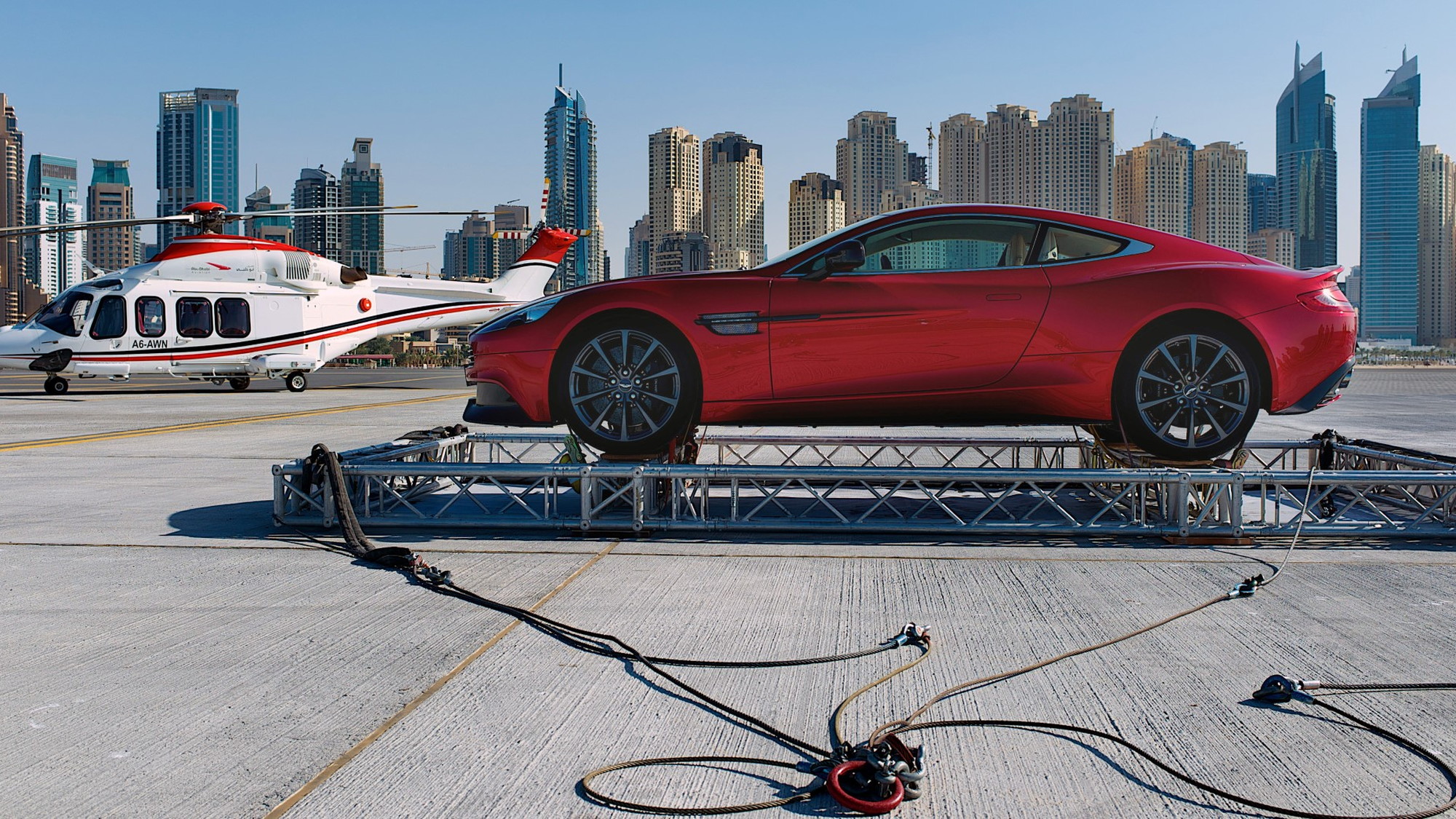 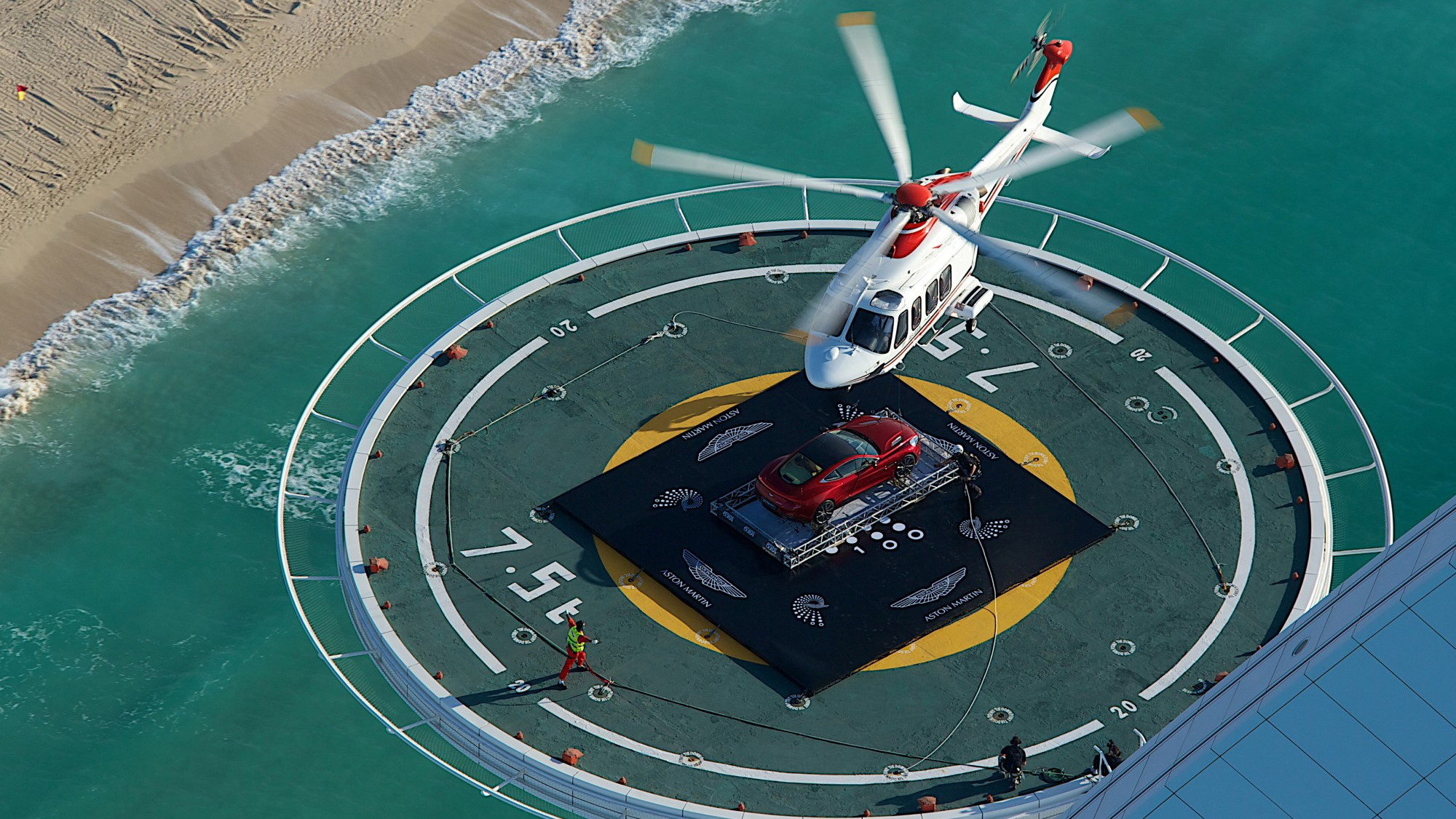 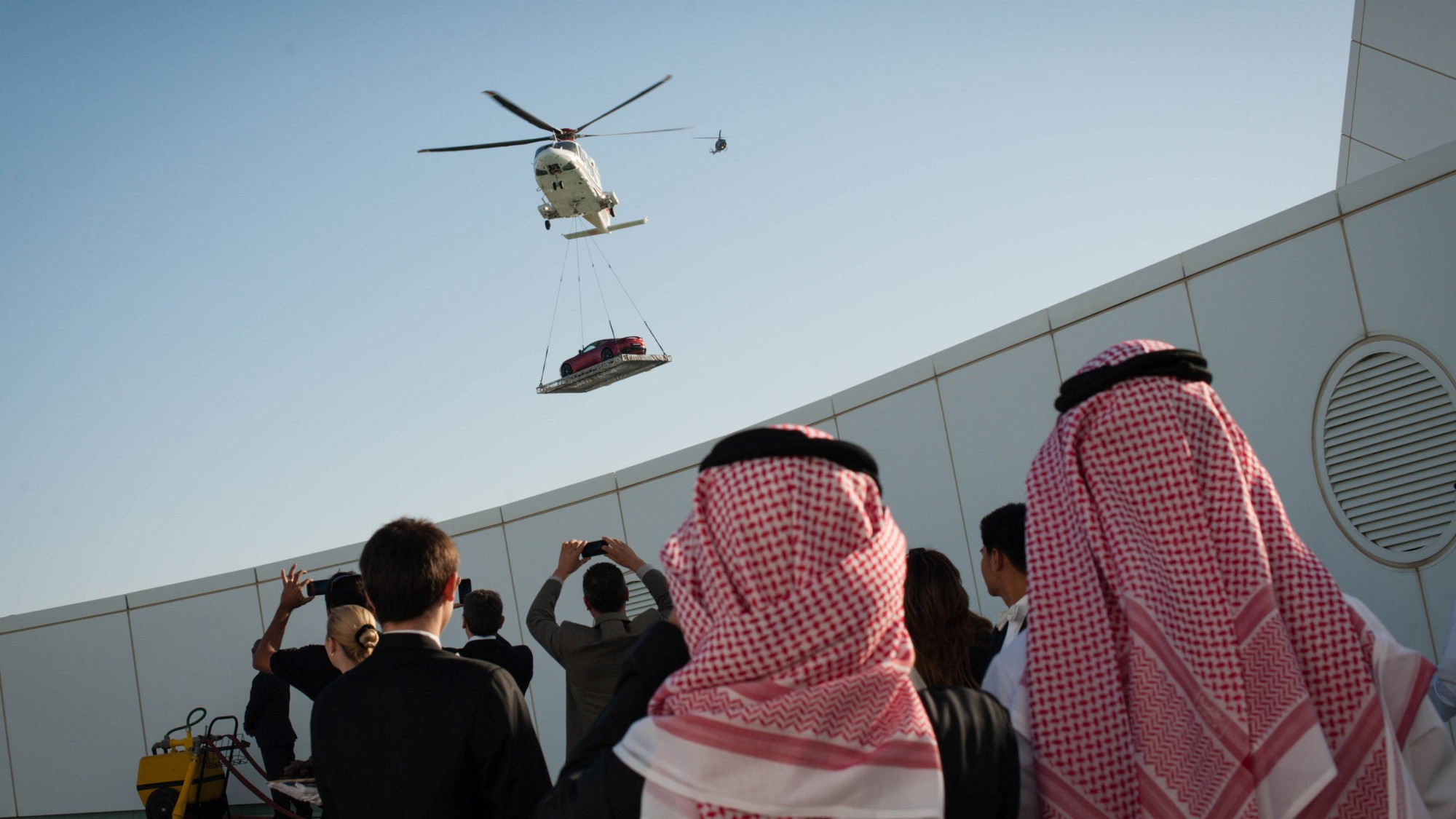 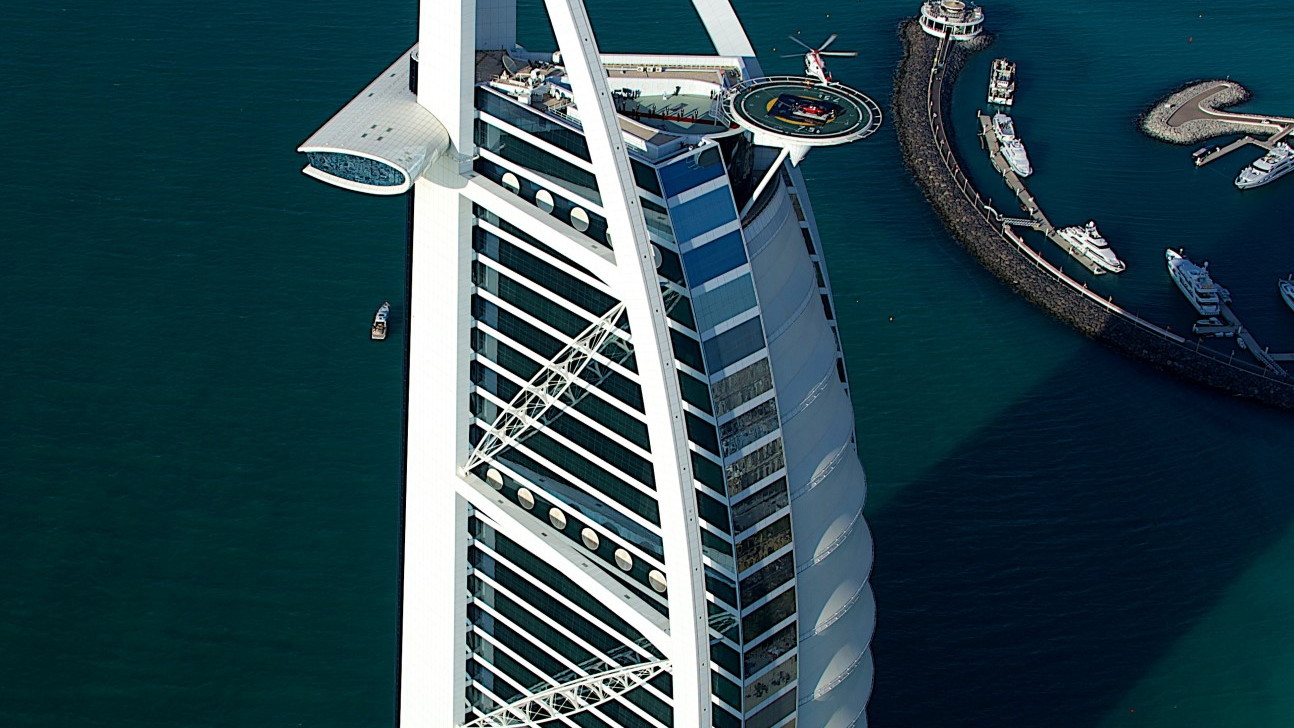 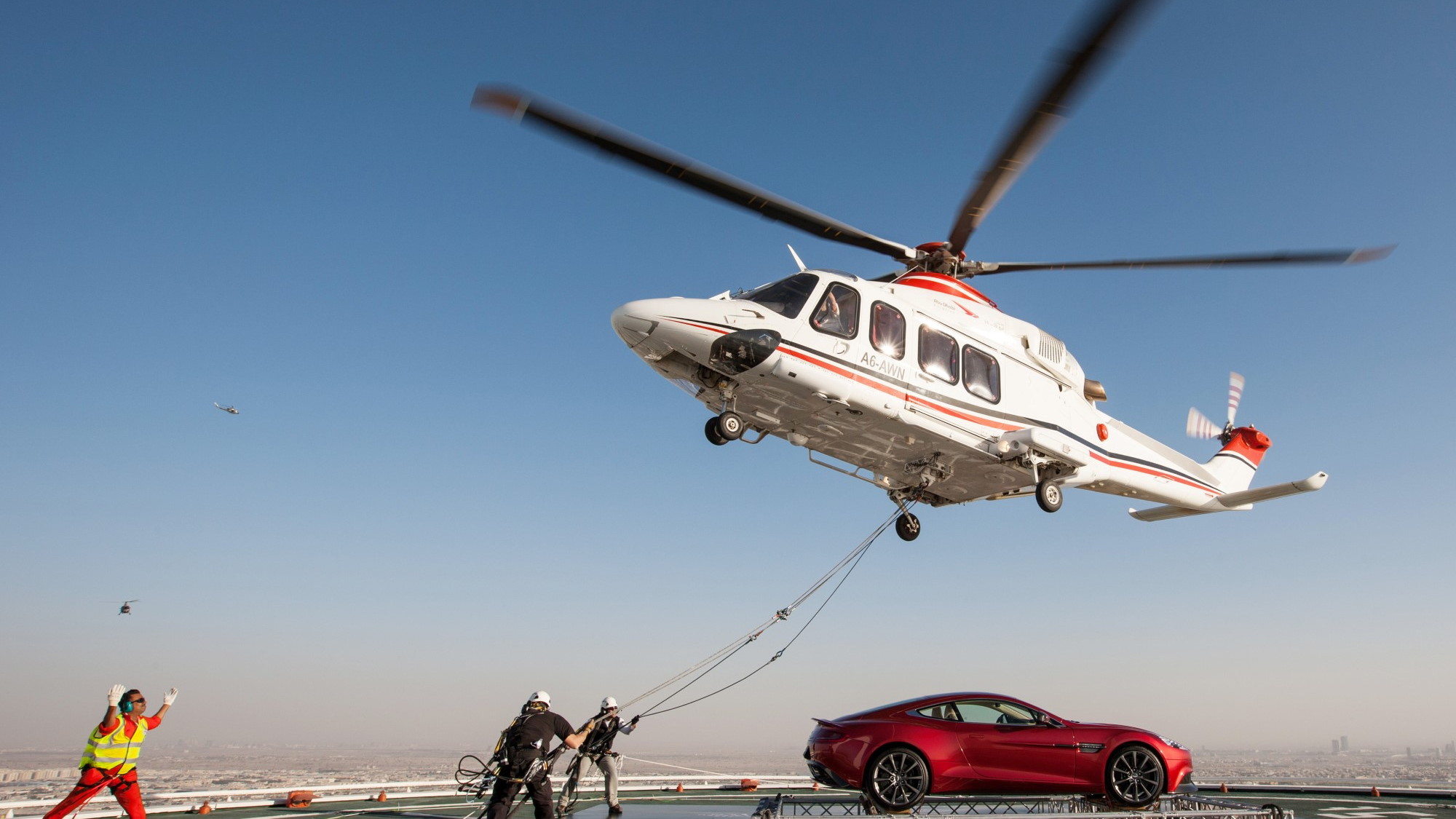 11
photos
If you had any doubt that Aston Martin's over-the-top cars were a direct reflection of the brand itself, all you need to do is watch the party it threw for its 100th birthday. British and classy it may be, but this is no dusty old geezer.

Held in Dubai, the Aston Martin centenary celebration involved the introduction of new special-edition cars--and a Vanquish flown onto the top of the sail-shaped, 1,000-foot-tall Burj Al Arab hotel by helicopter, supported only by a thin platform and some cables.

Swing a $300,000 super-GT through the air to a helipad perched almost a quarter-mile up, with nothing but empty sky and the sea below? Aston doesn't say "That sounds incredible." Instead, it asks, "How else would we do it?"

Or, as CEO Dr. Ulrich Bez put it, "It is with great pride that we continue our centenary celebrations in such unique manner in the city of Dubai." Yep, that's what you call "understatement."

Another party was thrown in London, as well, though it apparently lacked the chopper-ferrying action.