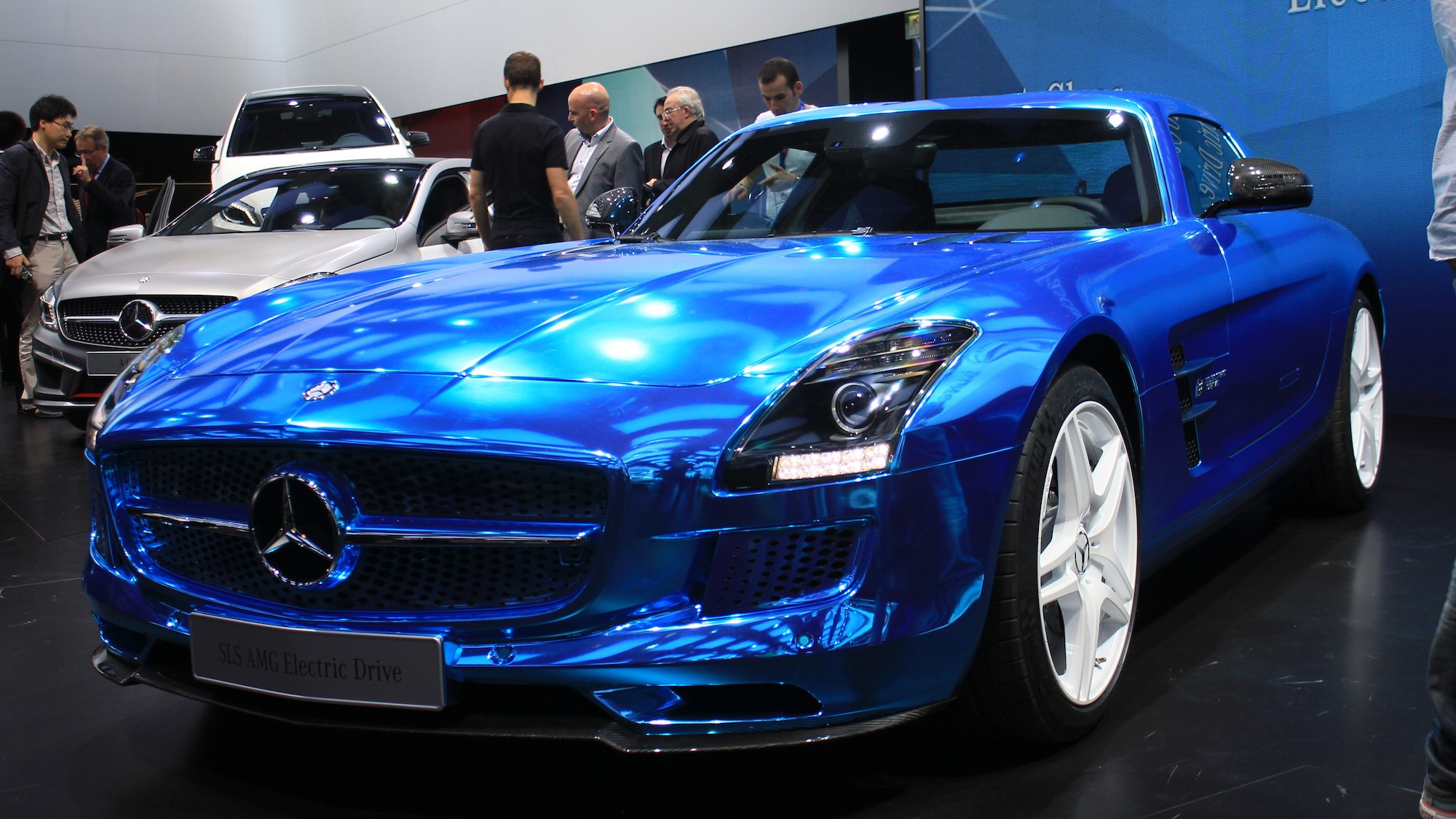 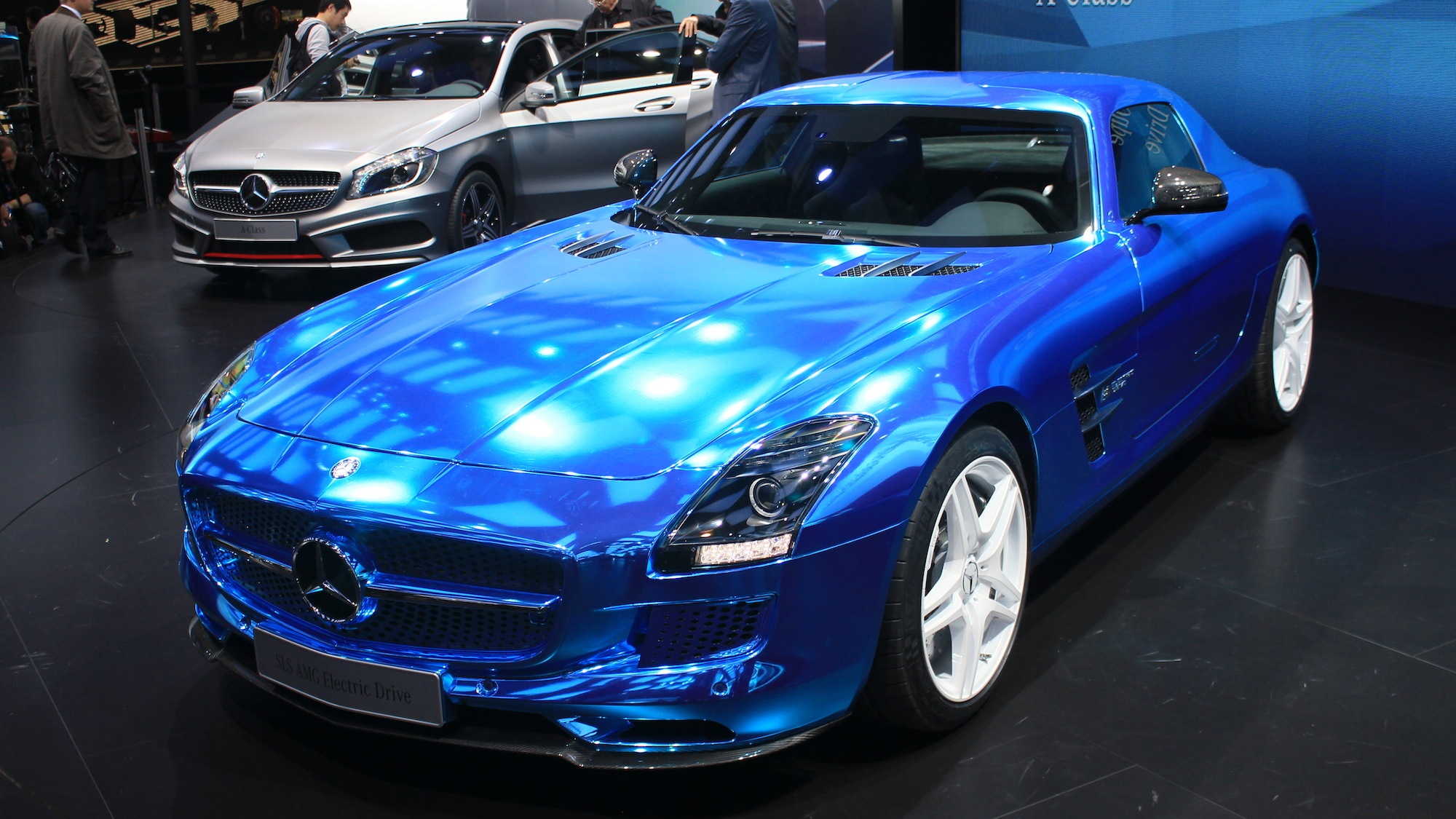 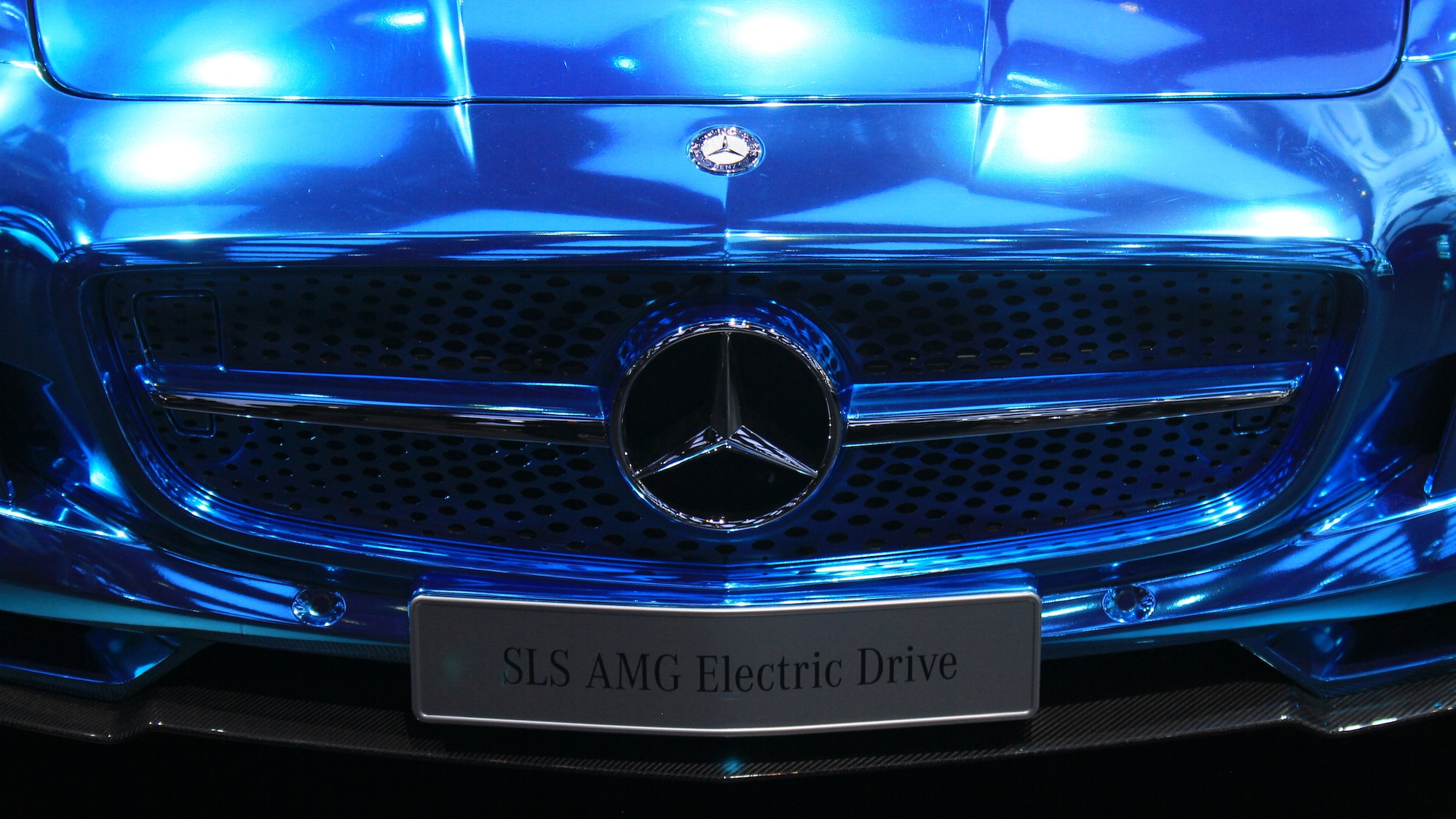 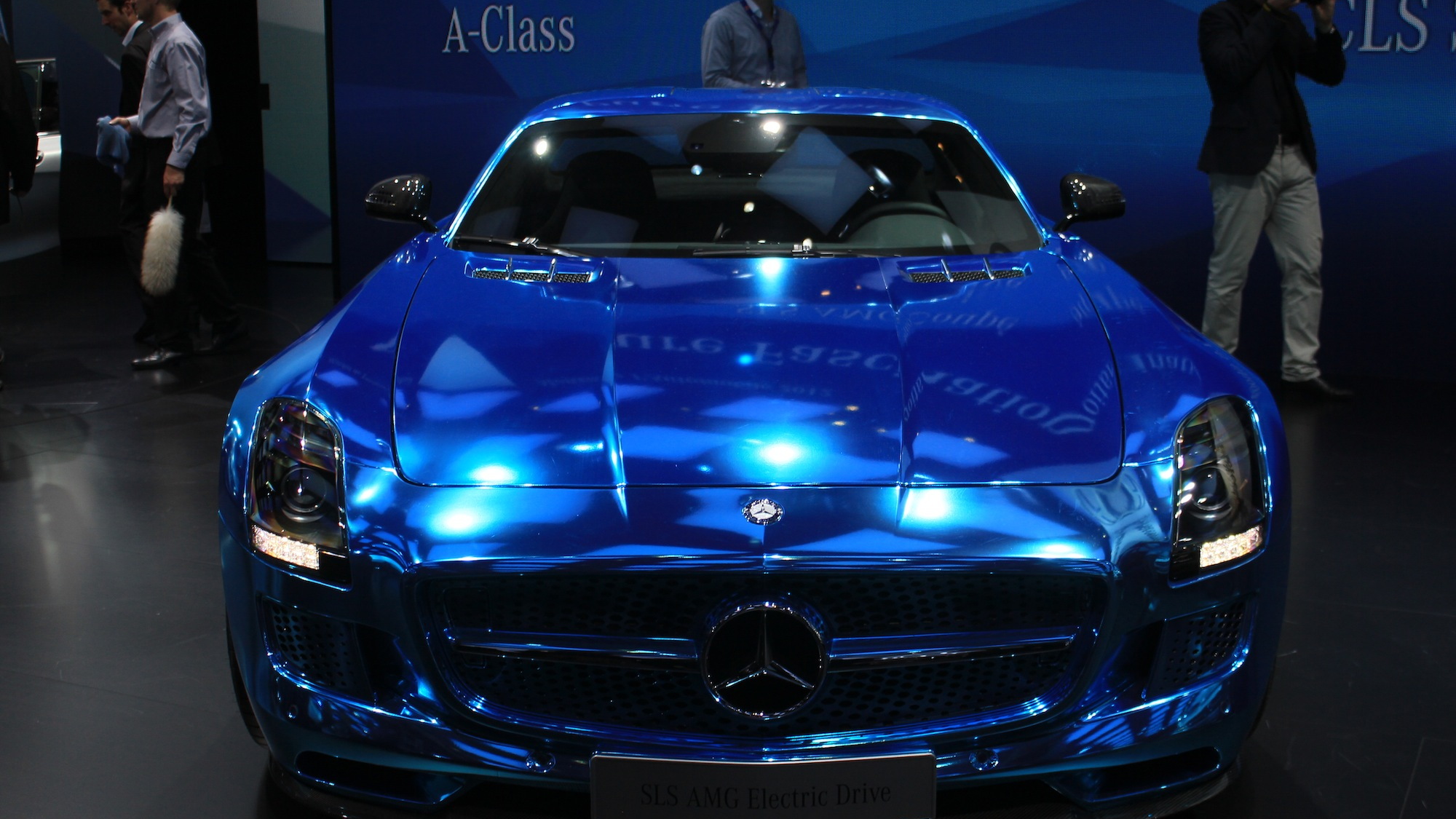 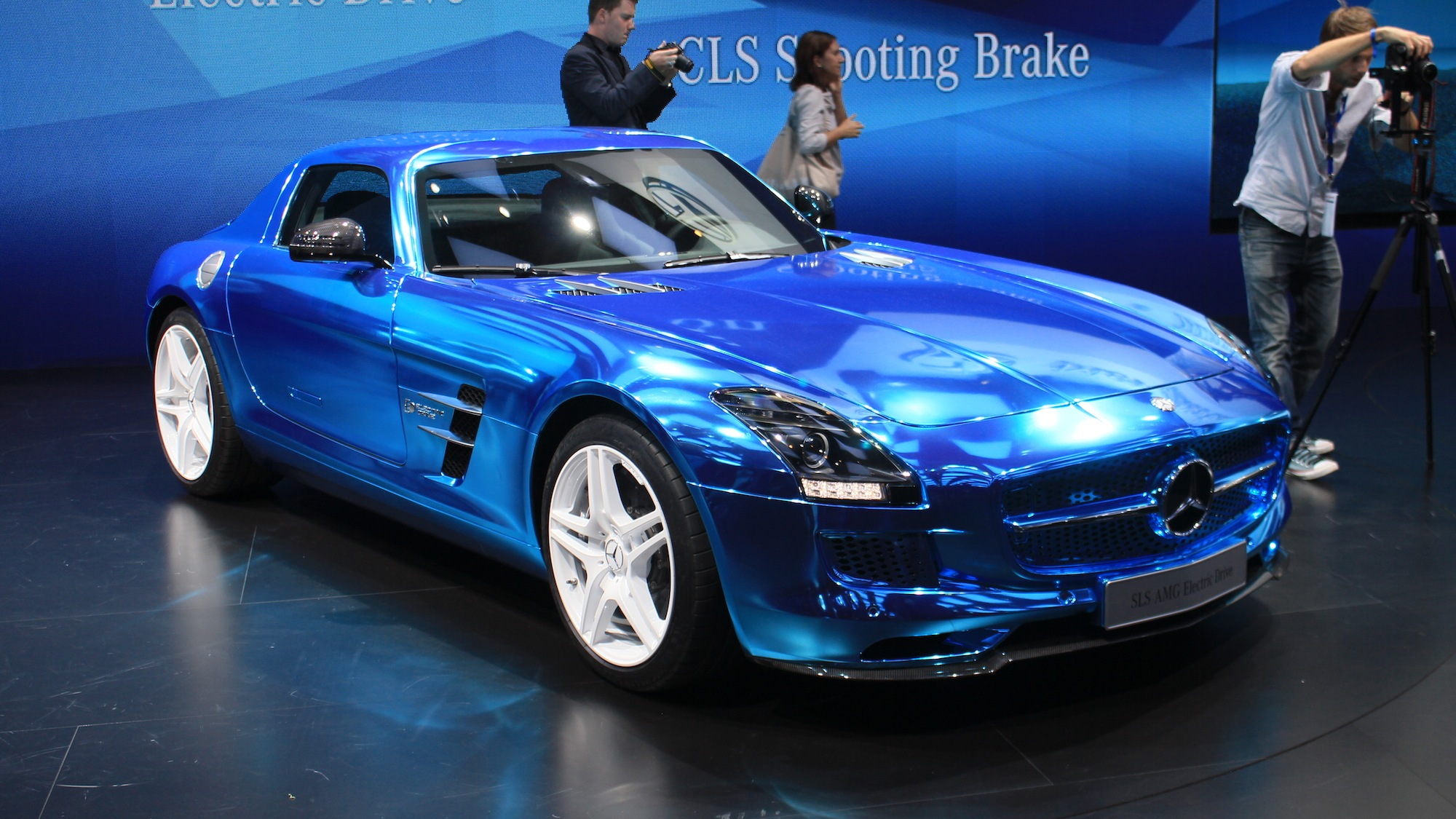 12
photos
Mercedes-Benz committed to building an electric-powered version of its SLS AMG supercar a few years back, and since then the brand has been showing off its progress with images and video of the SLS AMG E-Cell.

Mercedes’ self-imposed deadline for the launch of an electric SLS AMG was the end of 2013, but the automaker may be ahead of schedule with the unveiling of the SLS AMG Electric Drive at the 2012 Paris Auto Show.

While Mercedes-Benz has dropped both the E-Cell name and the fluorescent green paint the concept previously wore, the metallic blue finish of the SLS AMG Electric Drive isn’t much more subtle.

There’s nothing subtle about the car’s reported performance, either: output is said to be some 740 horsepower and 737 pound-feet of torque, which will make the car the most powerful production electric car on the planet (for now, anyway).

Despite being saddled with a battery pack that weighs some 1,200 pounds, the SLS AMG Electric drive can sprint from 0-60 mph in 3.9 seconds, which is just 0.3 seconds slower than the gasoline-powered version.

Range from the 60 kWh battery is estimated to be 150 miles in mixed driving, but generous applications of full throttle will drop that considerably. When depleted, the batteries will take roughly 20 hours to charge with household current, though a quick charger is said to be in the works.

Expect handling to be superb, courtesy of the SLS AMG Electric Drive’s four-motor drivetrain, which can precisely meter torque to an individual wheel to maximize grip across a wide range of conditions.

While sales are planned for Europe, with prices beginning at 416,000 euros (roughly $536,000), there’s no word yet on whether or not the SLS AMG Electric Drive will come to the United States. We hope it does, because it’s one electric car we can’t wait to drive.