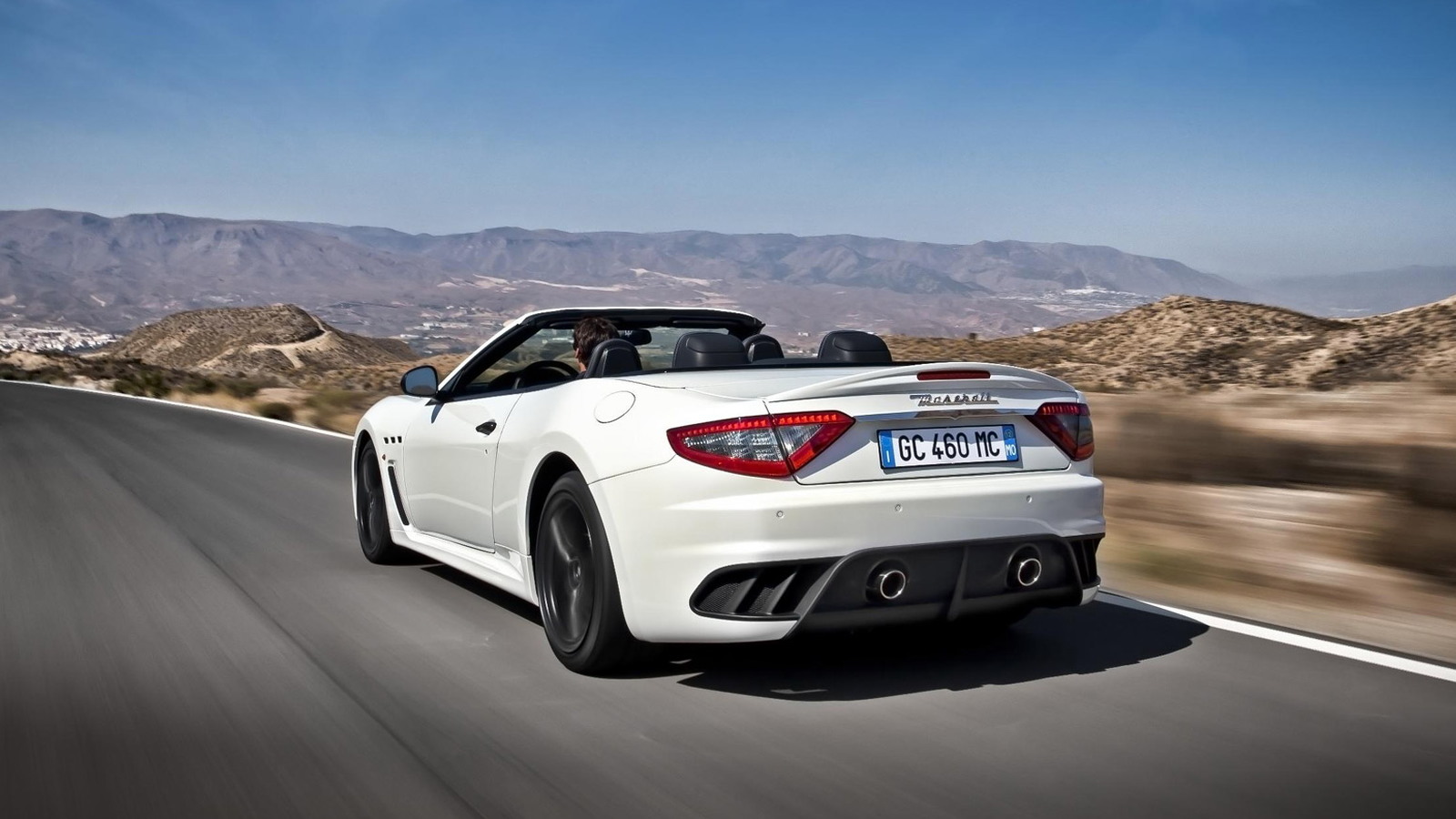 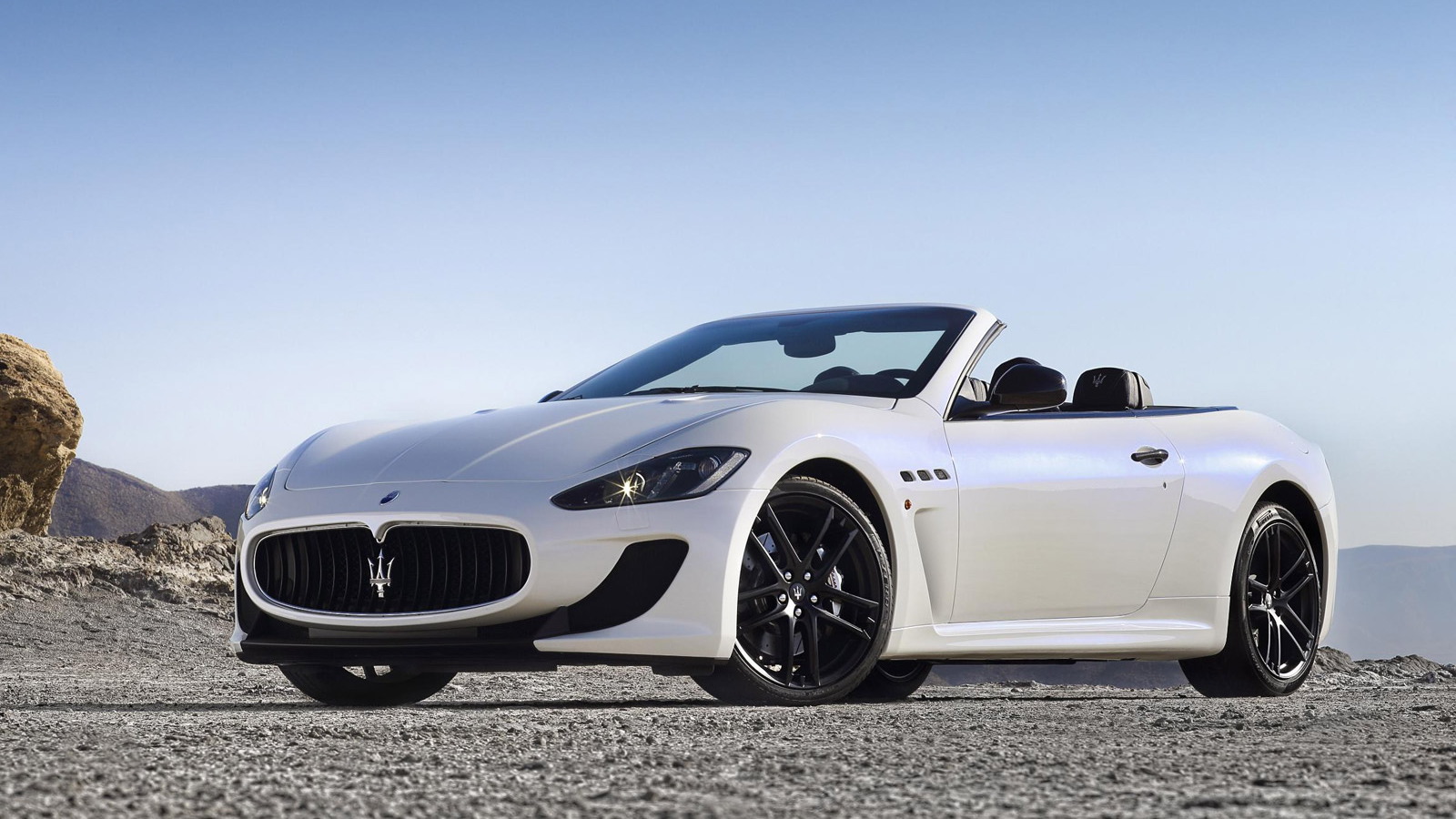 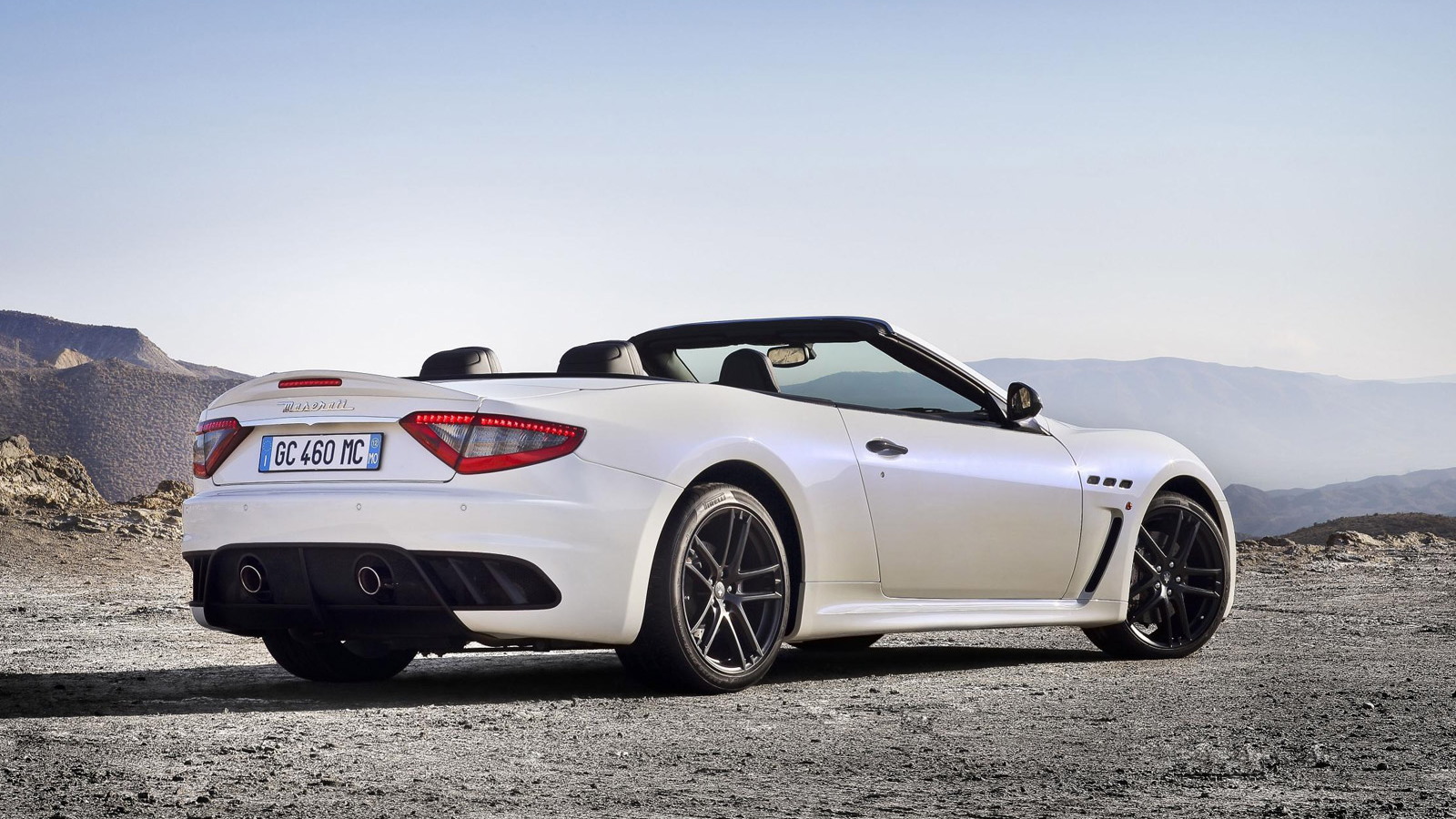 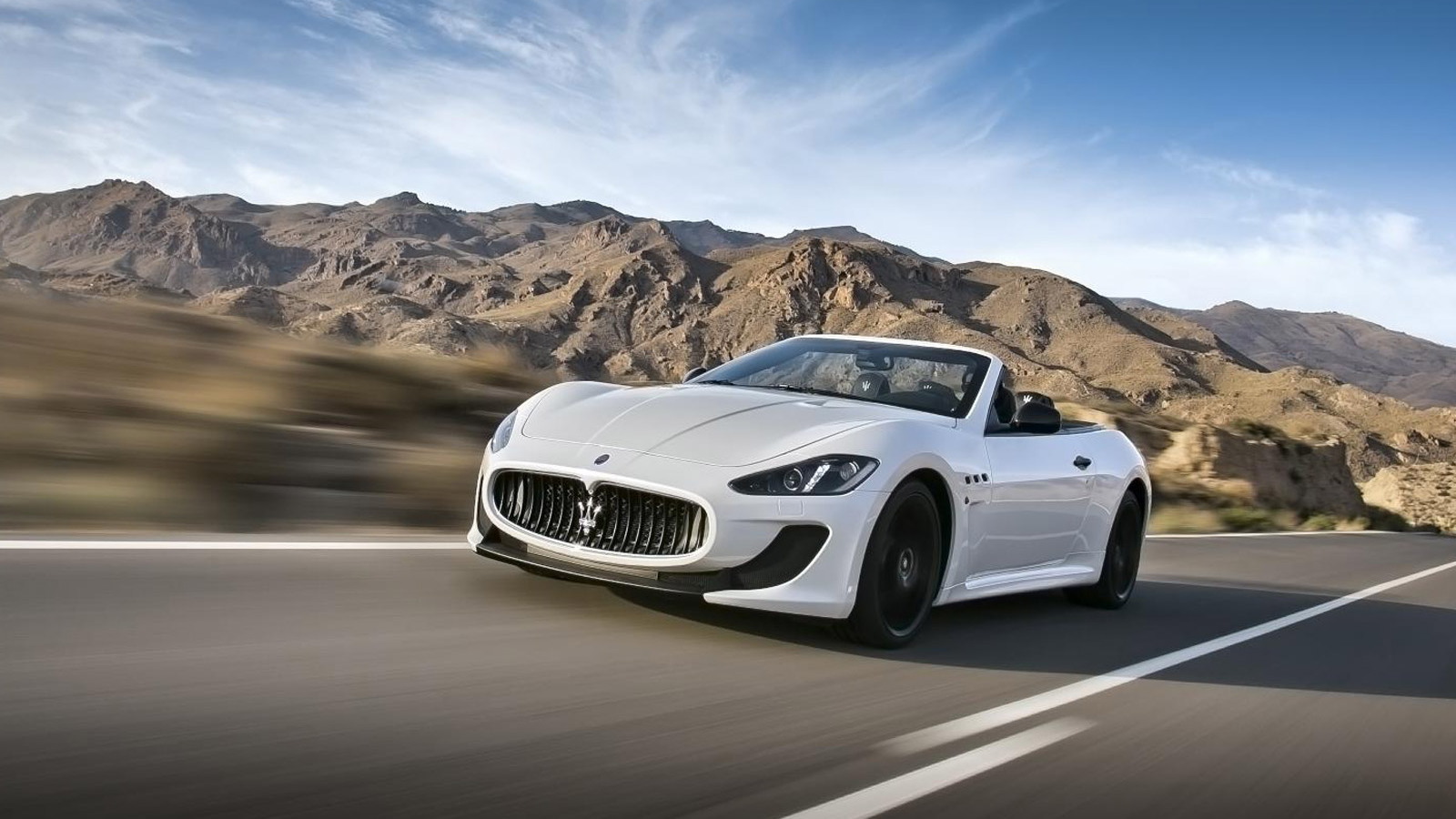 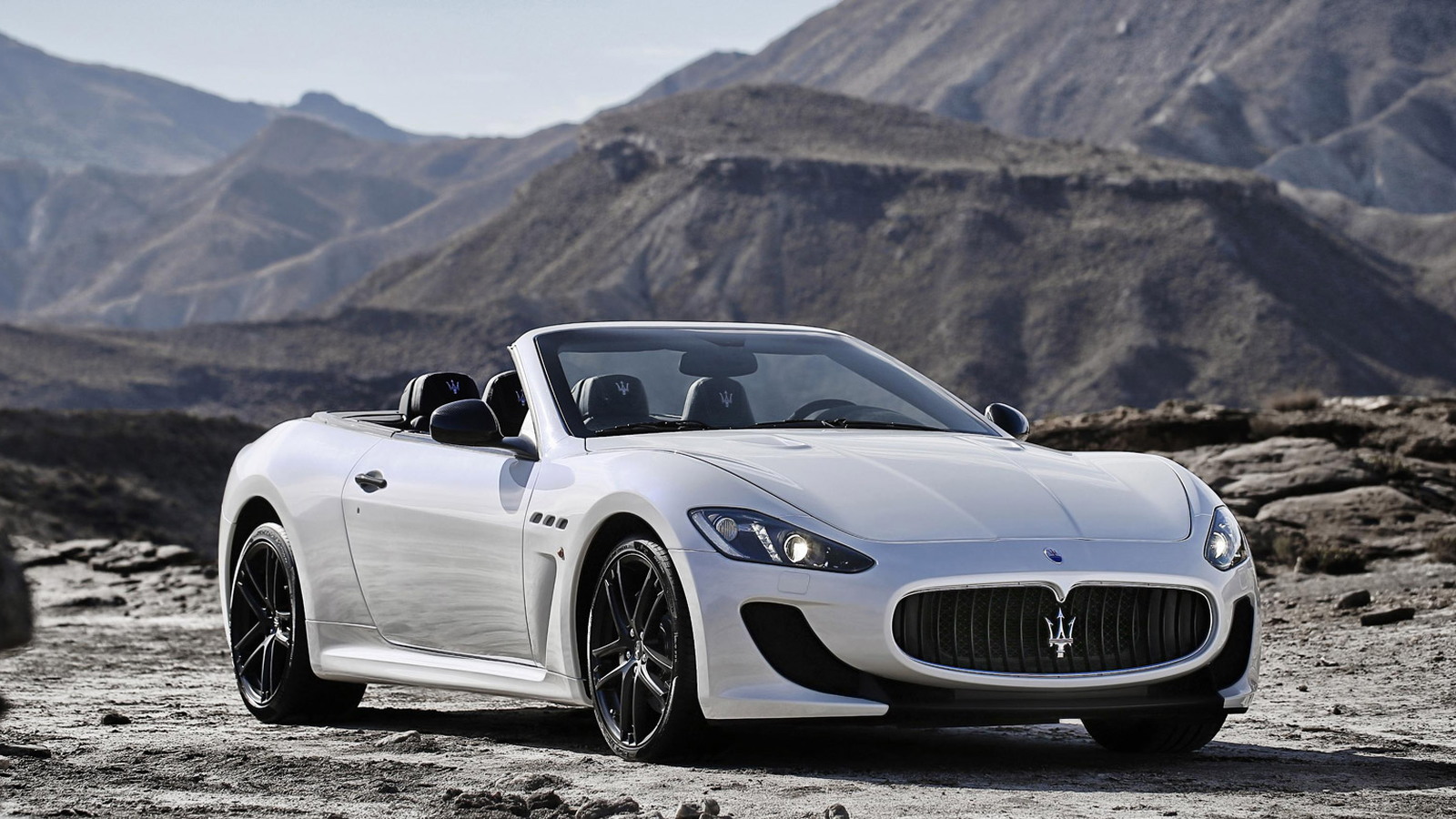 The aggressive look of the vehicle is inspired by the design of the racing version of the GranTurismo that competes in the Maserati Trofeo MC World Series. The one-make series recently made its North American debut at Sonoma Raceway in California and even featured actor-turned-racer Patrick Dempsey as a contender.

One of the elements derived from the race car on the new GranTurismo Convertible MC is a sporty front bumper with an extended lip spoiler that adds some 48 millimeters to the vehicle’s length and is claimed to improve aerodynamics. Downforce at speeds above 90 mph are improved 10 percent at the front axle and by as much as 25 percent at the rear.

There are also new 20-inch wheels, an aggressive diffuser integrated into the rear bumper and a small spoiler sitting atop the rear deck. To add to the race car look, this small spoiler can be ordered in pure carbon fiber.

Power comes from the GranTurismo’s familiar 4.7-liter V-8 engine, which in its latest tune develops 453 horsepower and 383 pound-feet of torque. The pistons, positioned at an angle of 90 degrees, are made of reinforced, hardened aluminum, as is the engine block. The crankshaft, with five-point balancing, is made of high-strength steel. The timing system, with a system of two chains per bank, features dual variable valve timing.

Matched to a ZF six-speed automatic transmission, the V-8 will propel the GranTurismo Convertible MC from 0-60 mph in just 4.9 seconds and see it go all the way to a top speed of 179 mph.

As for the suspension setup, in light of the experience gained with the regular GranTurismo MC, the convertible is fitted with single-rate dampers. The brakes are ventilated metal discs.

Inside, you’ll find a new pair of seats up front. The frame for these seats, which is also available in full carbon fiber, has been completely redesigned to ensure 20 mm more legroom for the rear passengers. The steering wheel also features a new design, with the rim flattened at the top and bottom.

Maserati’s decision to build the car was based on the success of the previous coupe version, which the automaker says was warmly received by customers. Given the stunning looks and likely performance of this latest convertible, we suspect it’ll do just as well.