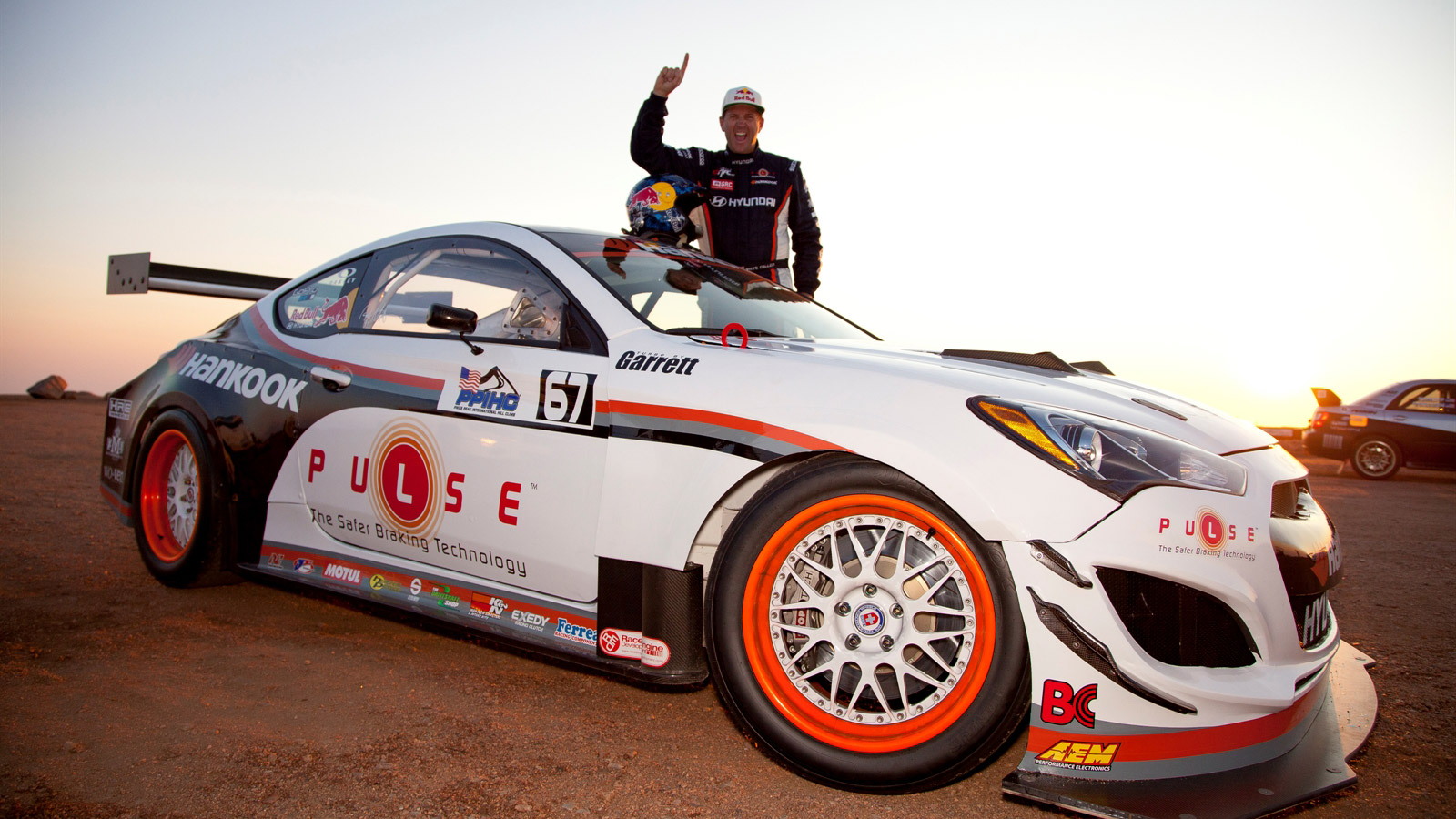 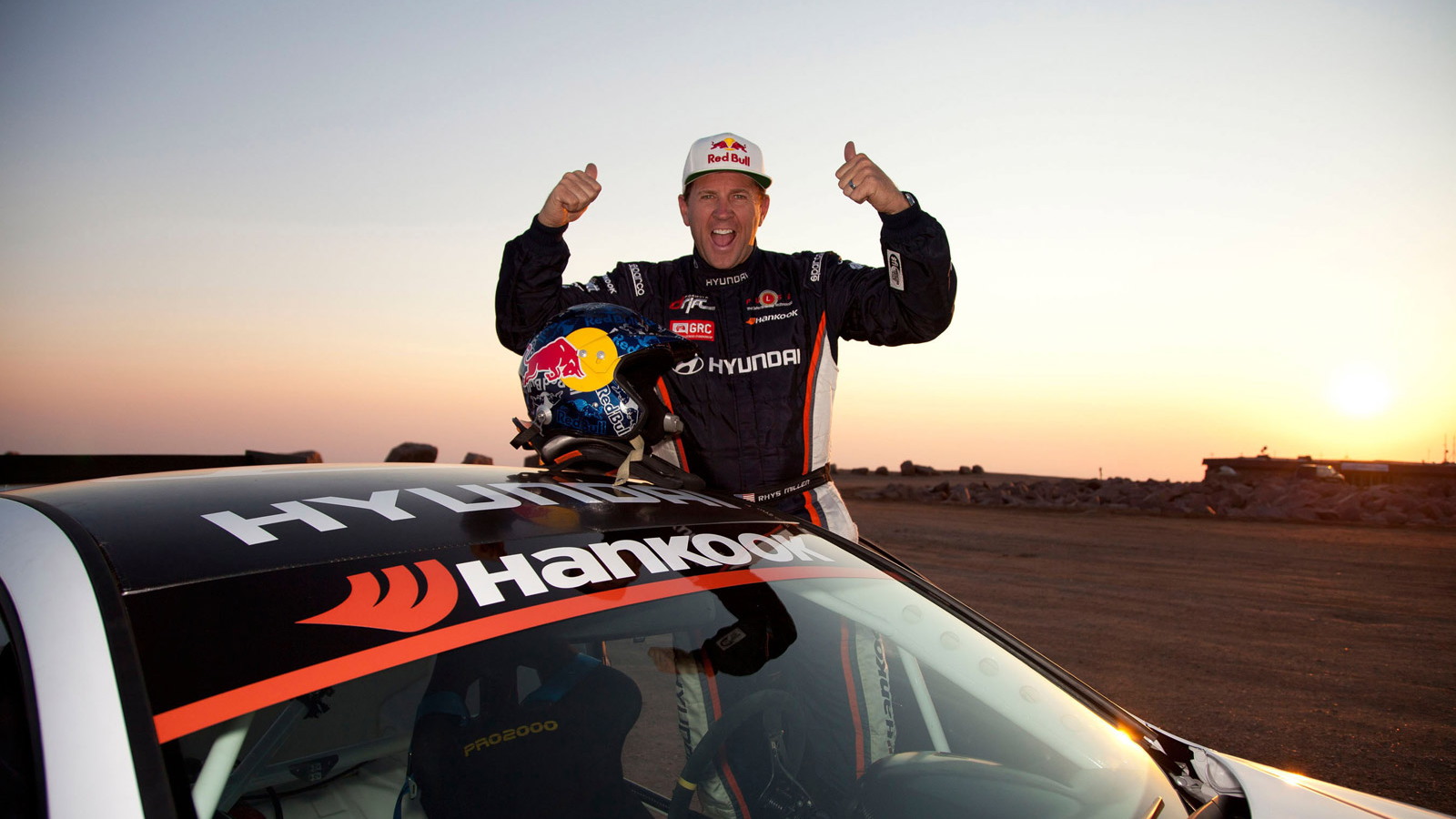 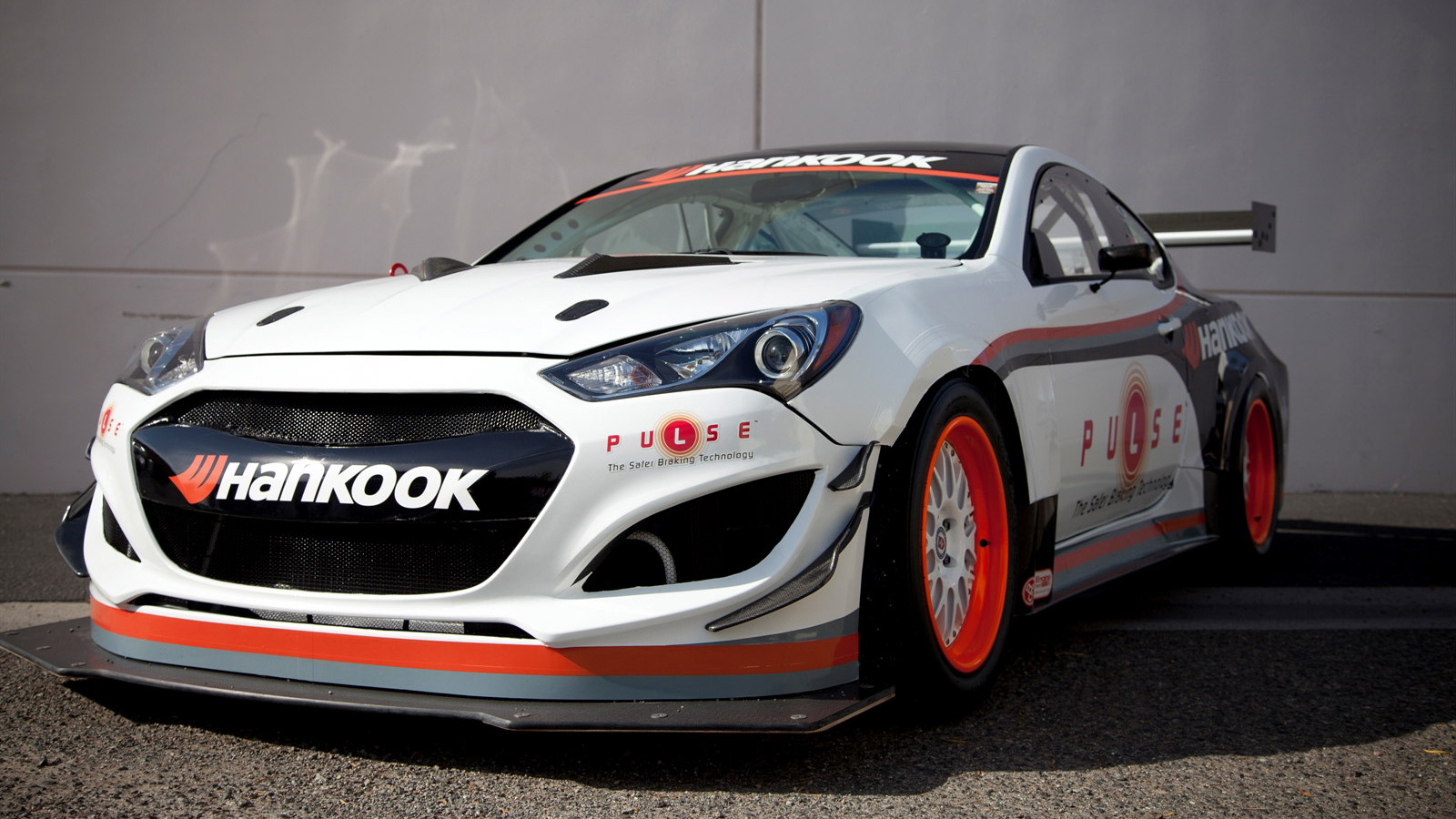 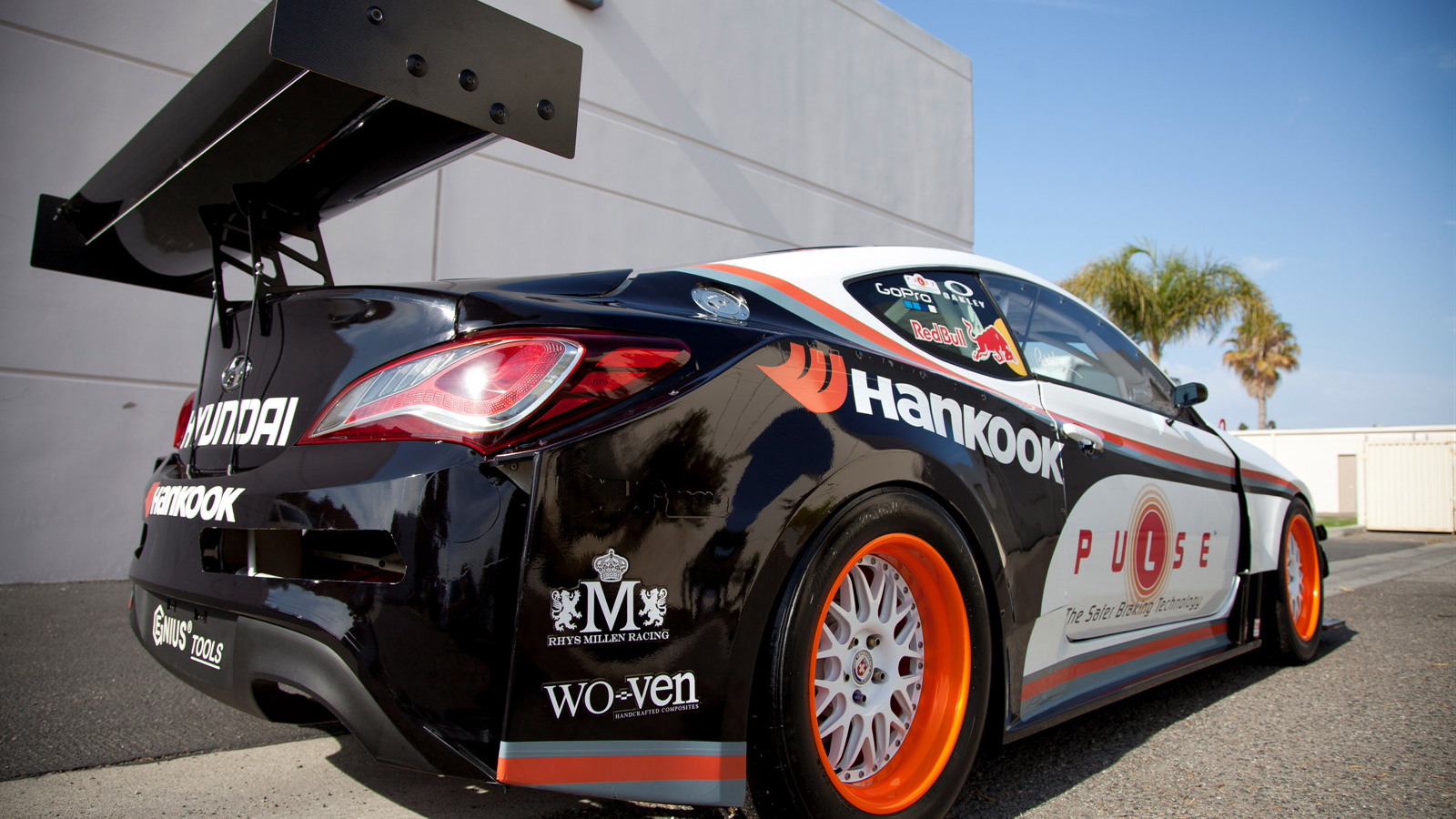 4
photos
Over the weekend rally racing pro and top drifter Rhys Millen charged his way up the 12.42-mile winding road of the Pikes Peak Hill Climb to set a new world record for the event. Millen, who faced some slippery conditions near the 14,100-foot summit, managed to set an impressive time of 9:46.164, which was a whole five seconds faster than the previous record set last year by Nobuhiro ‘Monster’ Tajima, though admittedly Millen benefitted from a completely paved road surface this year.

Nevertheless, Pikes Peak’s ‘Race to the Clouds’ is still one of the toughest racing events in the world, as we saw with the insane Jeremy Foley crash, with drivers faced with numerous blind corners, sheer drops and unpredictable weather. In fact this year the weather proved so bad that the finish line eventually had to be moved down to an area where the altitude was just 11,440 feet.

This latest video shows Millen driving a highly-modified 2013 Hyundai Genesis Coupe, backed by Hyundai and Millen’s own race team Rhys Millen Racing (RMR), on his record-breaking run. The car is in fact the very same one that set the Time Attack 2WD record last year with Rhys' father, Rod Millen, at the wheel.

Further developed based on insights gained from RMR’s last few years competing in various forms of motorsport with the Genesis Coupe, the car this year gained a new aero package targeting even more downforce to accommodate the higher speeds and additional grip requirements of new, ultra-wide, staggered fitment Hankook F200 racing slicks, not to mention the fully paved course. The front splitter was redesigned for more strength and the rear wing was redesigned for additional downforce, along with a wider rear body kit for stability.

As for the drivetrain, a new Garrett GTX3582 turbocharger was fitted, helping the car’s beefed-up Hyundai V-6 engine deliver 700 horsepower and 700 pound-feet of torque. To handle this extra power, the brake calipers were upgraded for extra thermal capacity, and additional cooling ductwork was installed to ensure optimal brake performance at the summit's high altitudes.

Further modifications included more weight reduction and a suspension setup suited to Millen's unique style of driving, which combines elements from both rallying and drifting.

Now that we know all this, it’s time to sit back and enjoy the run.