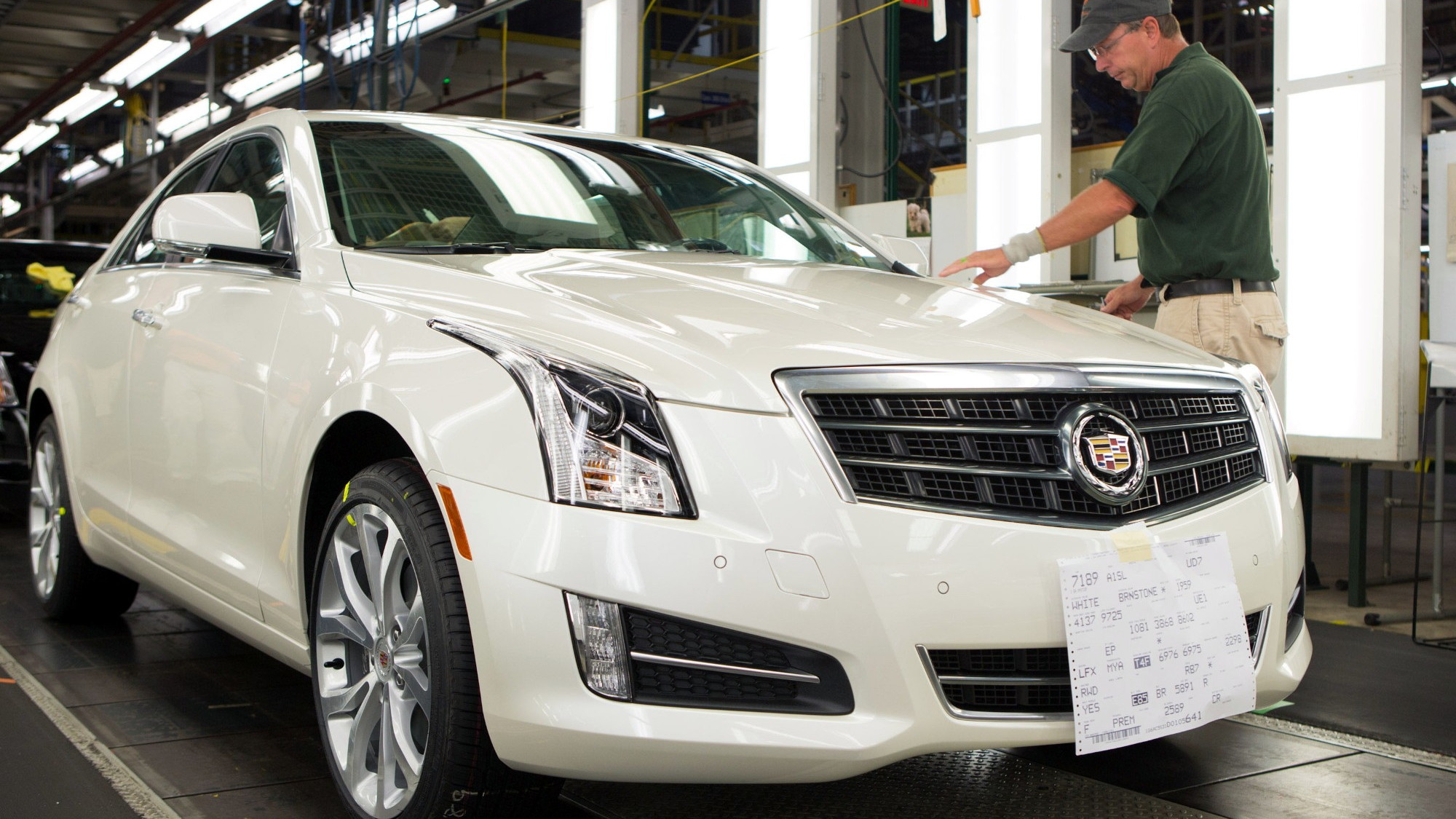 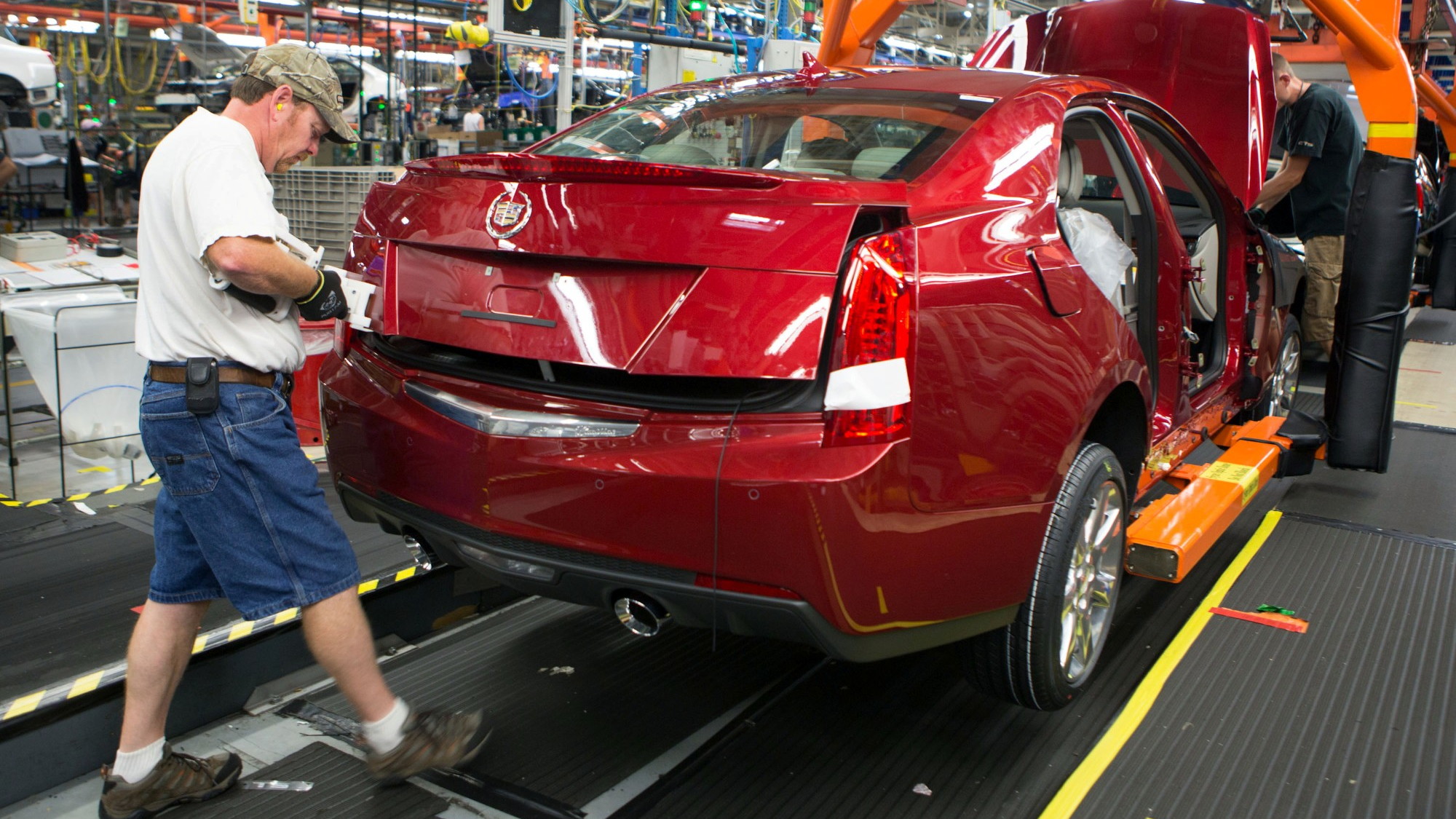 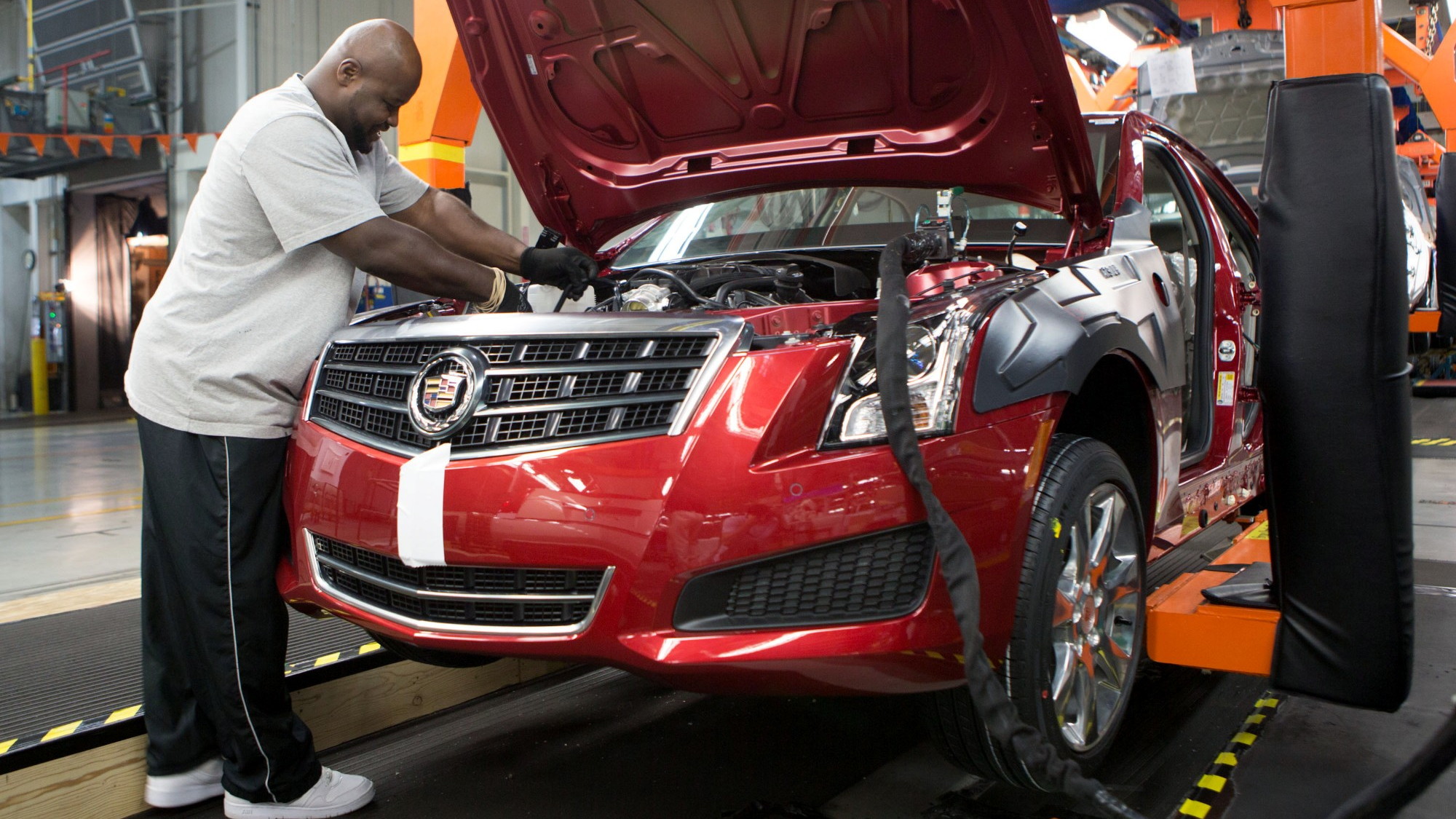 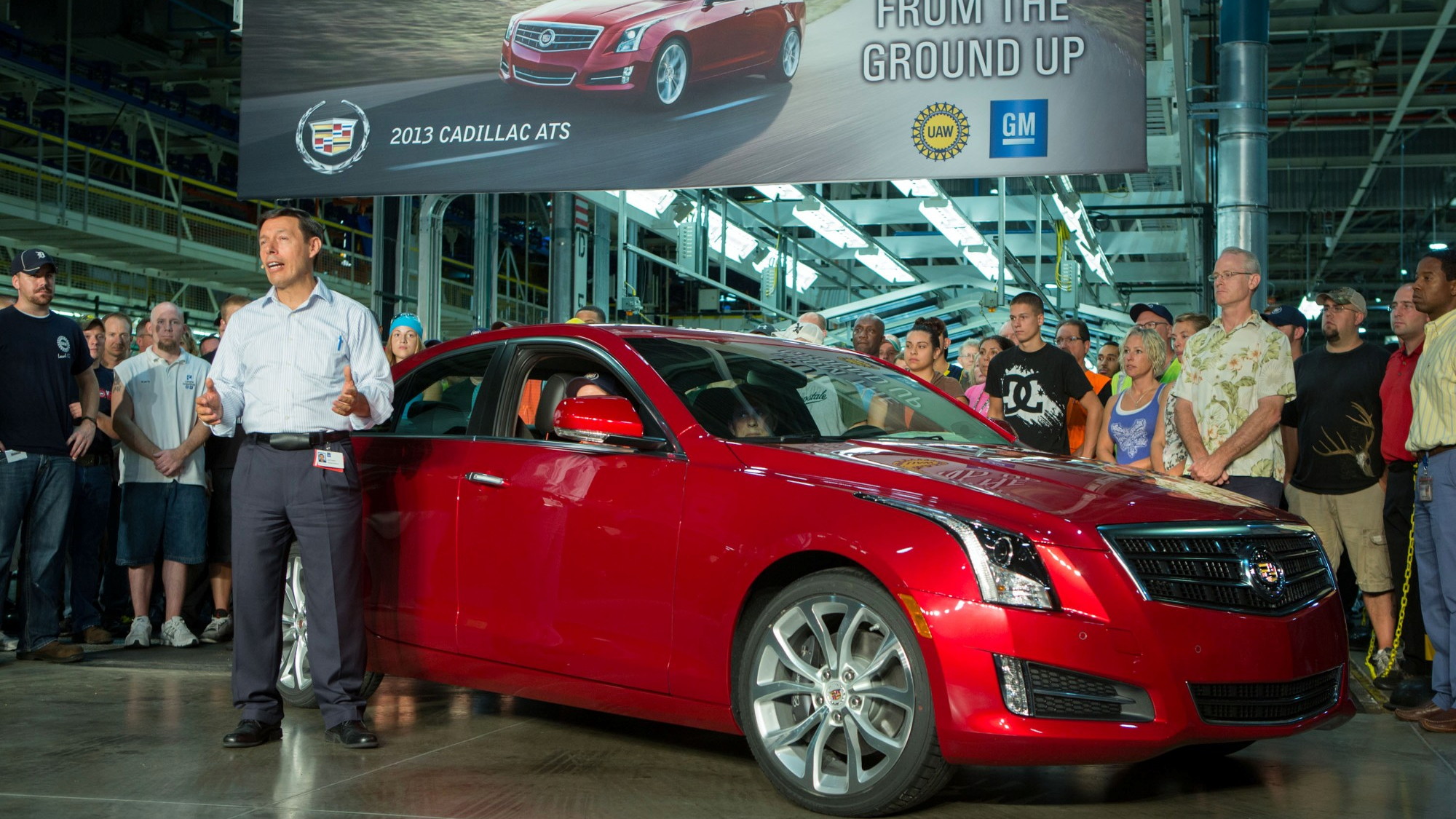 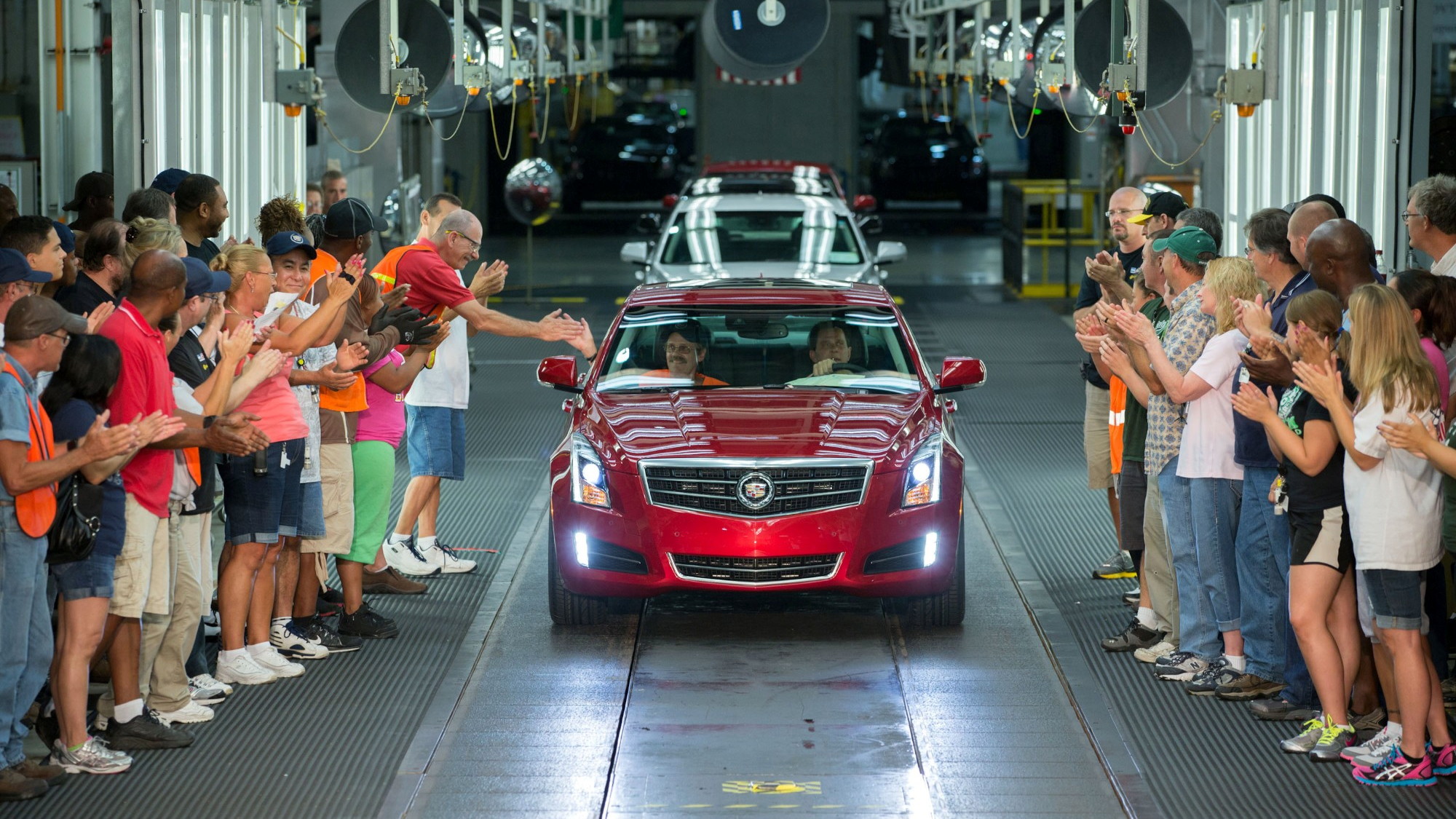 24
photos
Hailed by our own Marty Padgett as "the challenger most capable of displacing the 3-Series as the luxury segment's benchmark four-door," the 2013 Cadillac ATS has almost universally won over reviewers and critics. Soon, it will get its chance to win the hearts and wallets of the public. Production is now underway, with the first cars to arrive on dealer lots in August.

These images, from the Lansing Grand River assembly plant in Michigan, show brake system tests, emblem installation, and final inspections as the car moves along the assembly line. Cadillac pumped $190 million in upgrades to the facility to build the ATS, along with 600 new jobs, to help ensure each car meets the standards the brand is trying to reach.

Whether buyers will perceive the ATS as a legitimate 3-Series alternative is another question entirely. Brand recognition and image are part of the purchase of a luxury sports sedan, and while BMW's image and history are solidly founded in the performance-luxury intersection, Cadillac's image and history come from different roots.

That's not to say the latest generation of the CTS hasn't made terrific in-roads for the brand, with the attainable halo-car, the CTS-V, grabbing headlines from day one. The question is whether the ATS will continue, perhaps even accelerate that trend, or if it will see push-back from buyers who want the perks of German luxury car ownership, like the high-end dealer experience and foreign delivery programs.

Cadillac's aggressive pricing on the ATS should help pique interest, bringing potential buyers, and perhaps conquests, into showrooms to kick tires. Our pick of the lineup, the 270-horsepower, 2.0-liter four-cylinder turbo ATS with manual transmission, starts at $35,795 including destination--about $700 less than the 2013 BMW 328i, with more power and a higher-tech cabin.

Given the choice, which would you buy?