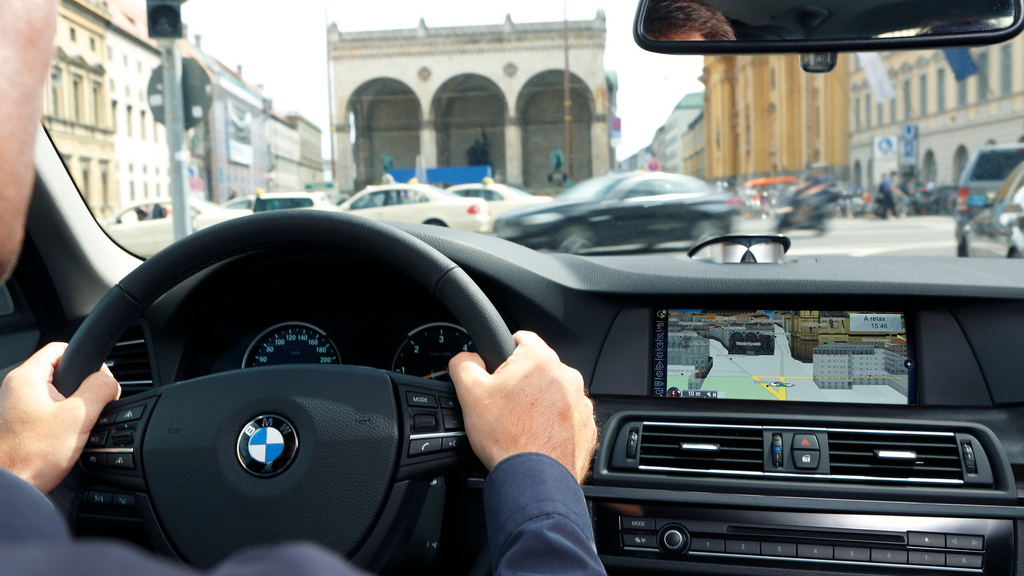 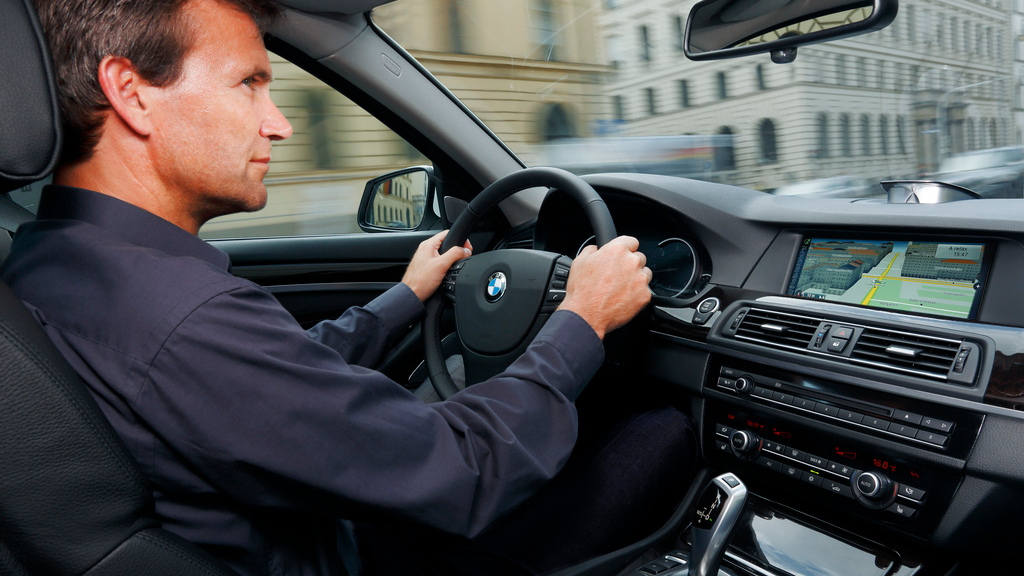 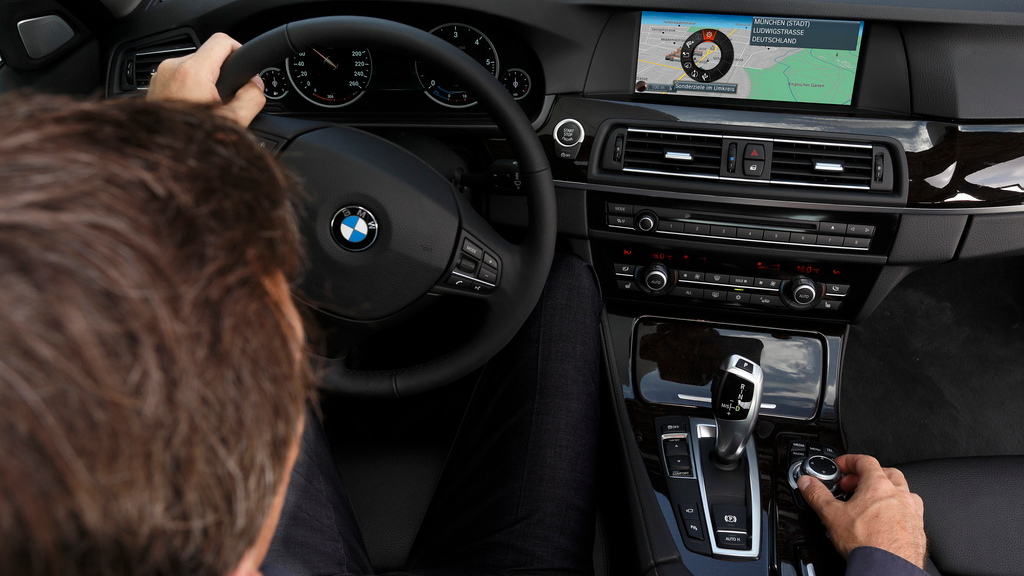 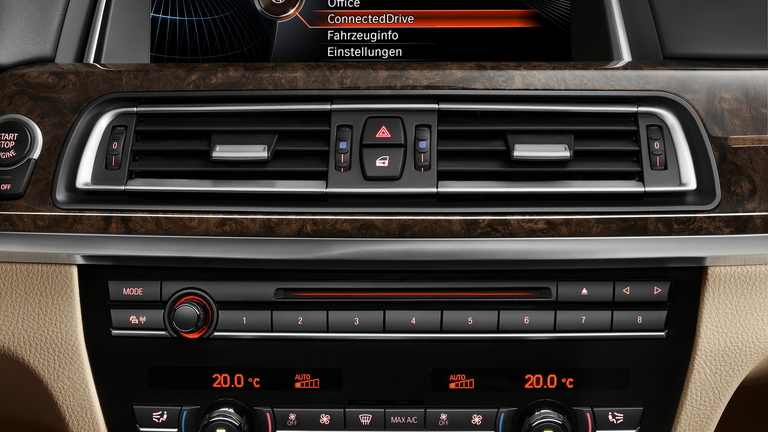 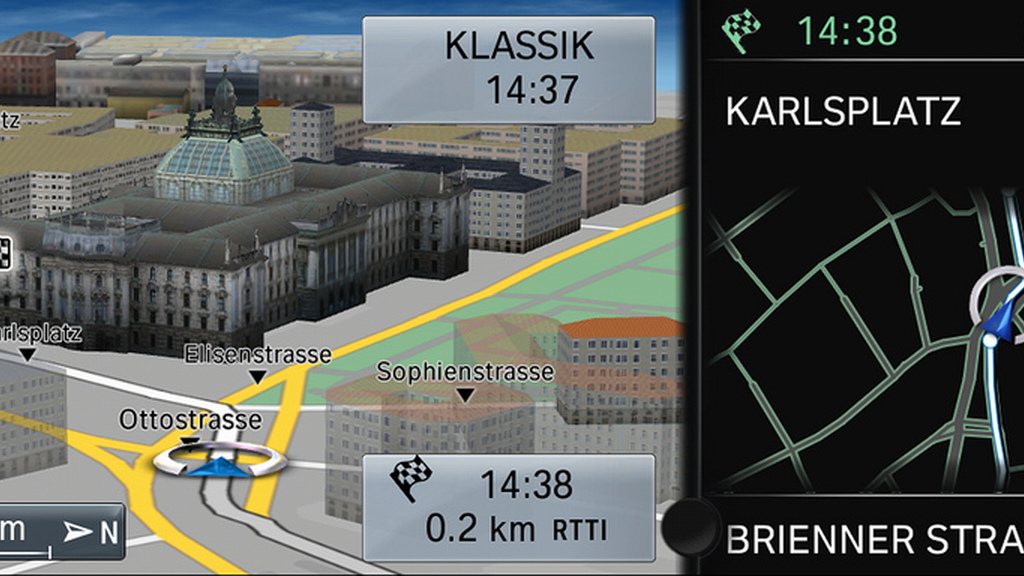 10
photos
BMW has revealed its list of improvements to its ConnectedDrive infotainment technology, set to debut in a variety of BMW and MINI models from this month.

Already some of the most advanced in-car entertainment and information technology on the market, ConnectedDrive now features some entirely new functions, as well as updates to existing features.

BMW makes much of it being the first automaker to fit built-in satellite navigation with the 1994 BMW 7-Series, so to remain at the cutting edge, several improvements have been made to the ConnectedDrive system.

The display is now sharper, with a virtual 3D menu system, and smoother animations. Users of the old system won't be confused by the updates either, since BMW has been careful to keep the same commands and layouts from previous versions.

The navigation system can also be specified with a High Guiding system, on vehicles that use a head-up display (HUD). This switches the usual arrow-based commands in the HUD to a small top-down map, giving drivers a better idea of the direction they need to take.

On the main display, a "3D City Models" feature gives a more detailed impression of whichever city you're driving around, with buildings represented as 3-D objects.

Real-time traffic information and extra points of interest are included as before.

With a 20 GB hard drive, you can now store more music and media than ever before, and you can now create favorites and use a "More like this" function to form a playlist of similar tracks.

A new Radio+ function now displays more graphics on the screen, such as artist and album cover images when listening to a track on the radio--even on regular, non-digital radio stations.

Much maligned at launch, iDrive has been improved frequently to the point where it's now an extremely effective tool. That's improving further with the Touch function, that embeds a touch-sensitive pad into the top of the iDrive controller.

Set to appear in China first, the touchpad will be used for selecting and confirming menus, as well as better navigation around maps--by using pinching and sweeping motions, as you might on a smartphone. As with the similar system used in Audis, it can also recognize handwriting, and once a character is input a voice function repeats it back to confirm.

For those whose car is also a mobile office, BMW is offering ultra-high-speed mobile internet for the first time. With an LTE (Long Term Evolution, or 4G)-capable SIM card, users can then connect their devices via WiFi to the car. BMW says the device can also be retro-fitted to older BMWs, and that the system can use UMTS (3G) and GSM 92G) networks if LTE is not available.

We all know that it's both difficult and dangerous to send emails or text messages when you should really be driving, so the new ConnectedDrive dictation function allows drivers to compose and send messages by simply speaking.

The speech-recognition software can also be used to control most other functions of the infotainment system, letting you keep your eyes on the road and hands on the wheel.

BMW is now allowing full compatibility of third-party apps into the system, and offers a Software Development Kit for app developers. If approved by BMW--based on the condition apps don't distract the driver from the process of driving--they will then be compatible with BMW's technology in BMWs, MINIs and Rolls-Royce models.

Currently, the system is fully compatible with Apple iPhones, but full Android compatibility is coming soon.