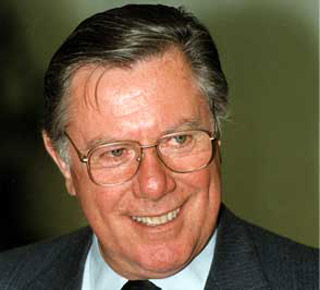 Sergio Pininfarina, son of Pininfarina founder Battista Farina, passed away in his home in Turin, Italy, late last night after a long illness.

Pininfarina, who was aged 85 at his death, has been involved with the legendary Italian design house his father founded for more than 40 years and was responsible for some of the firm’s greatest works.

He was born in Turin in 1926 and during his time at Pininfarina helped with the expansion of the firm, helping to make it one of the most renowned design firms in the world today.

Originally a student of mechanical engineering at the Polytechnic of Torino, Pininfarina graduated in 1950 but would only start work in the family firm several years later. He initially undertook the responsibility of general manager, before becoming managing director in 1961 and chairman of the company after his father’s death in 1966.

Some of the cars created under Sergio Pininfarina’s guidance include the Fiat 124 Spider, Peugeot 406 Coupe, the Ferrari Testarossa and more recently the Ferrari Enzo and Sintesi concept car. For Pininfarina, the best designs were simple and elegant.

One of his final public appearances was in 2008, when he was named as a member the European Automotive Hall of Fame, joining his father, who was made a member just six years earlier.

He is survived by his wife, Giorgia, his daughter, Lorenza, and his son, Paolo, who is the current Pininfarina chairman. Pininfarina had another son, Andrea, who sadly passed away in 2007 from his injuries sustained during a motorcycle accident.