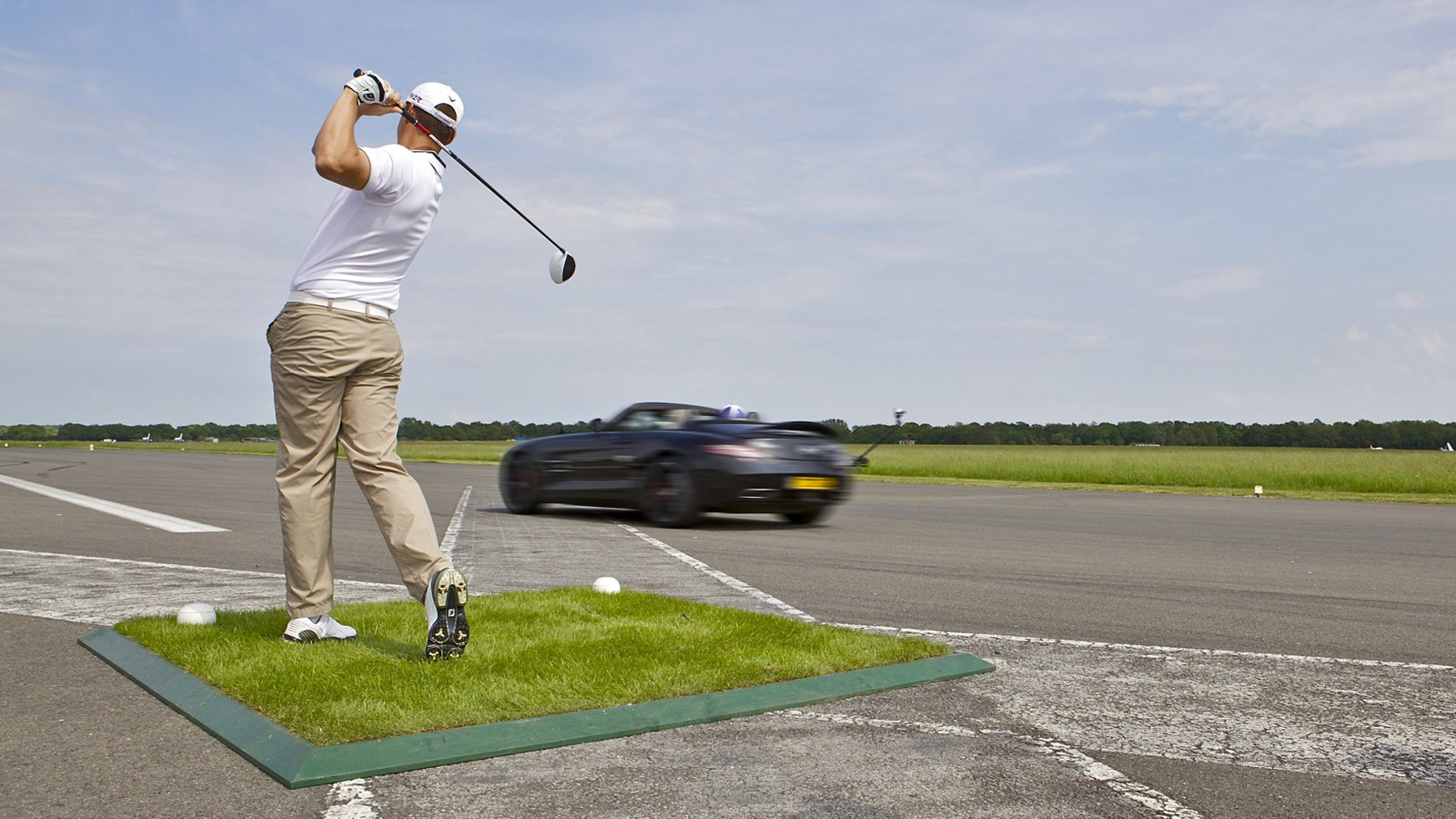 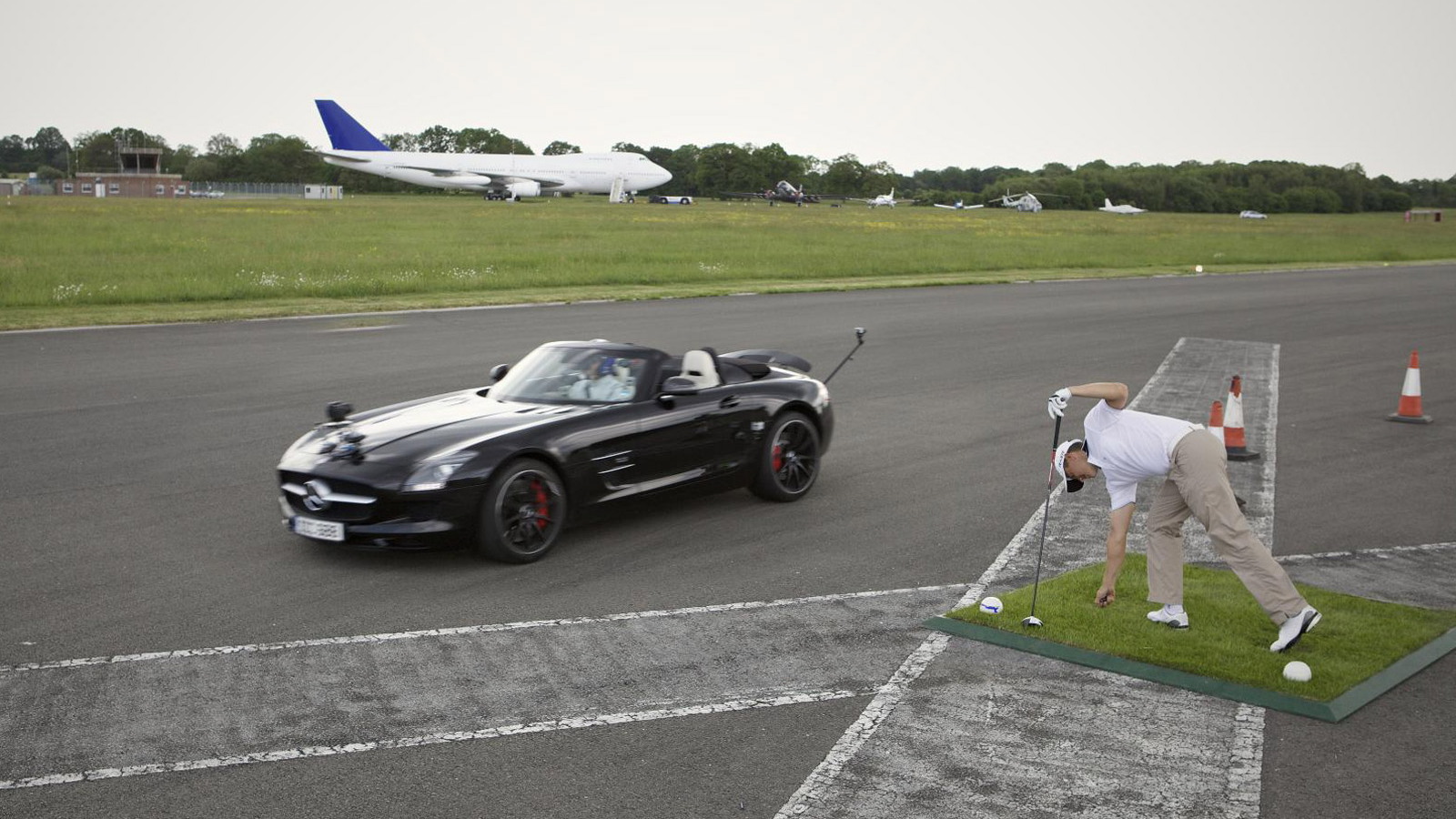 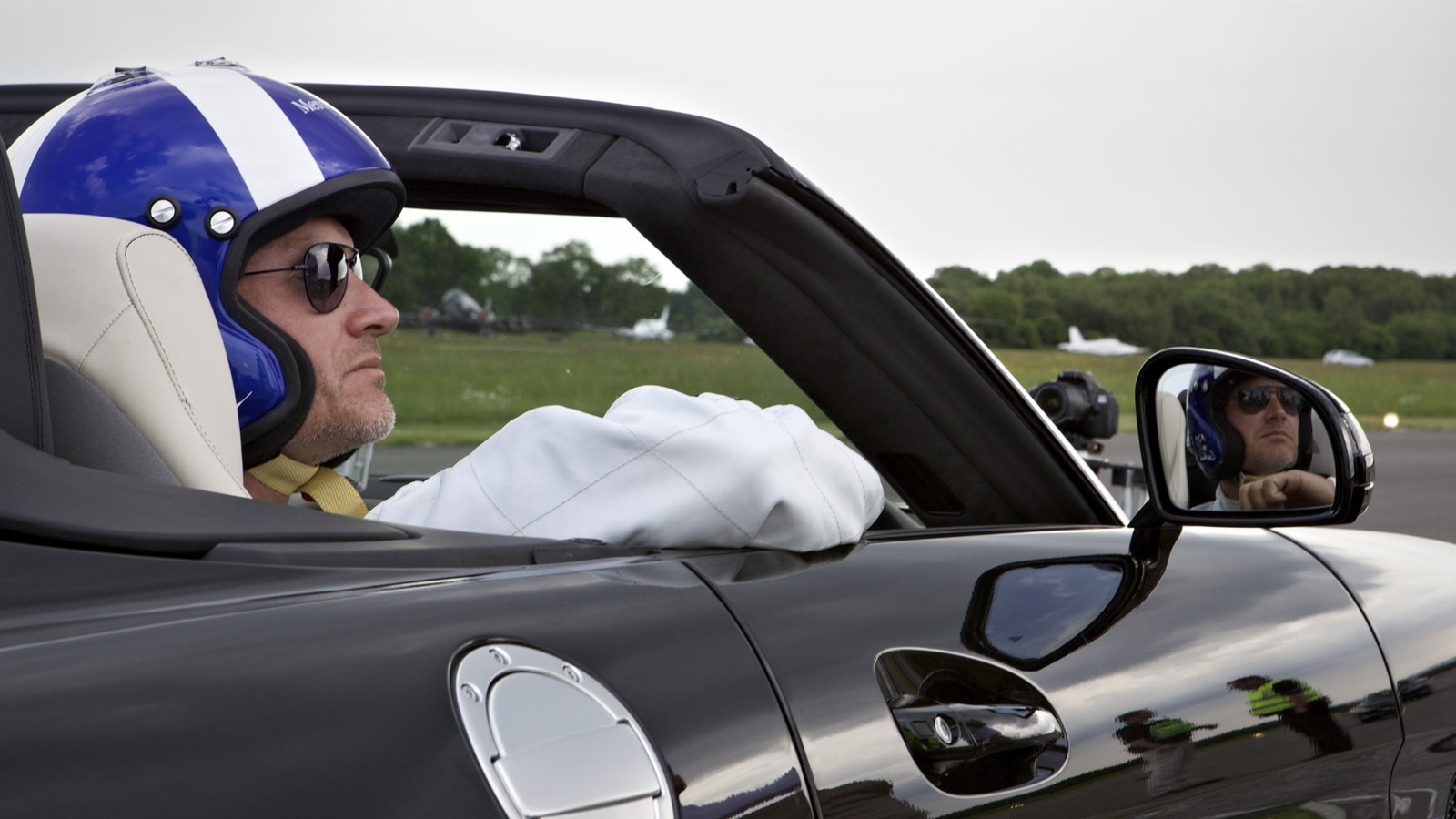 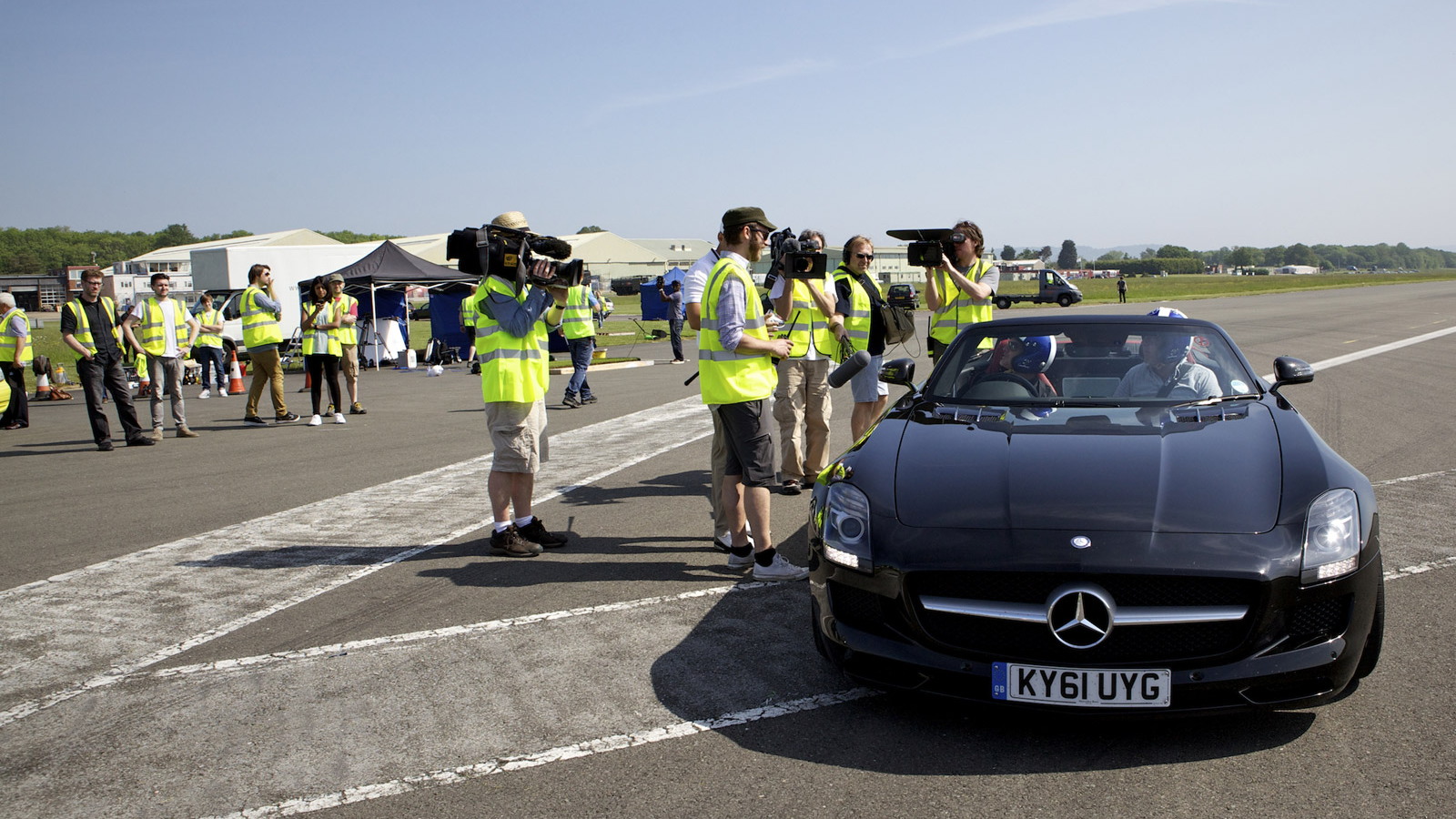 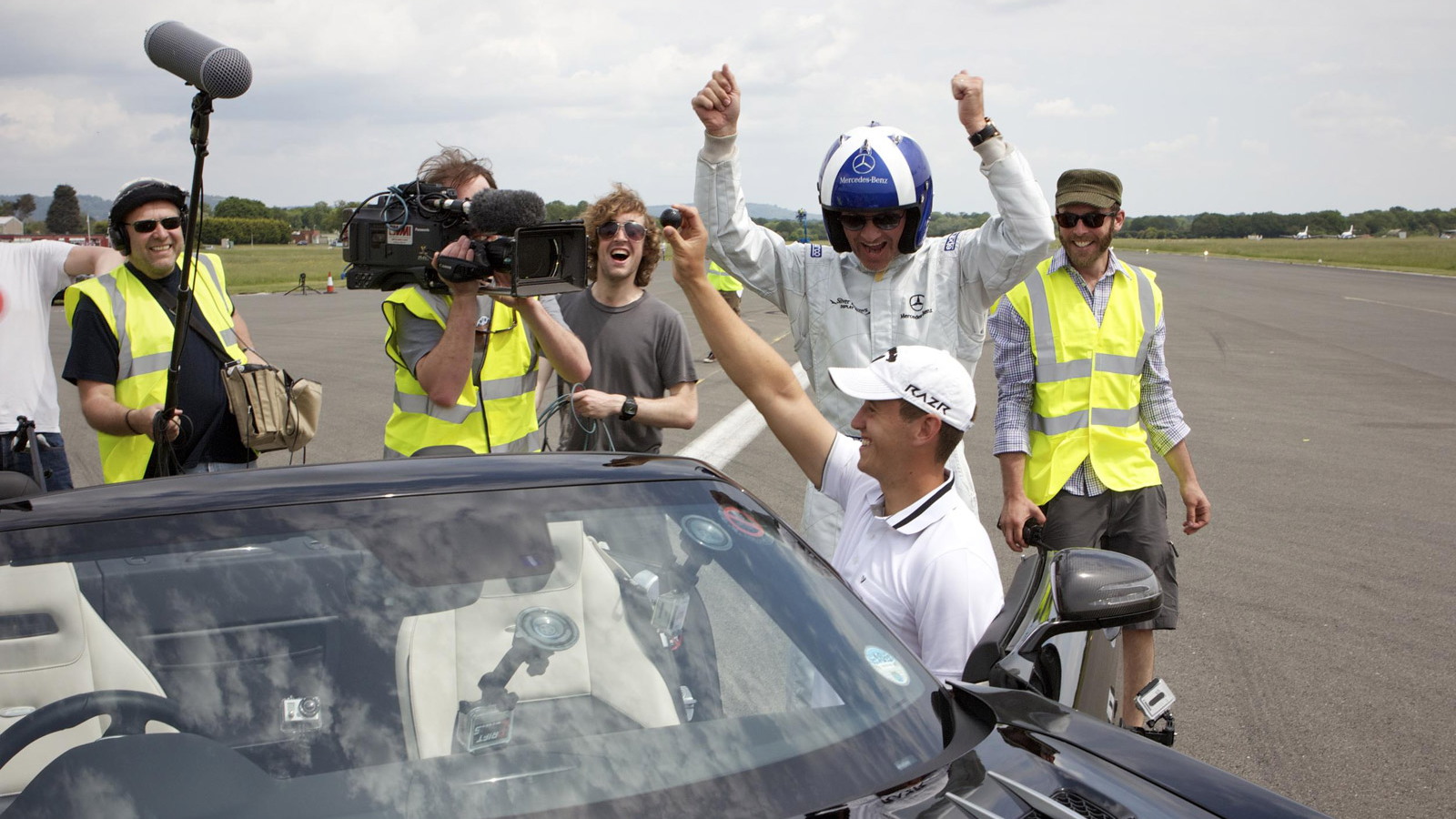 Captured on film which was released today, the SLS AMG Roadster landed the record of ‘farthest golf shot to be caught in a moving car, ever’.

Professional golfer Jake Shepherd hit the ball, which reached a speed of 178 mph during its trajectory and was caught by the 571-horsepower SLS AMG Roadster more than 900 feet away from the tee.

The extraordinary film shows the exact moment when Coulthard caught the speeding golf ball between the seats of the sultry roadster, which itself was traveling at close to 120 mph. 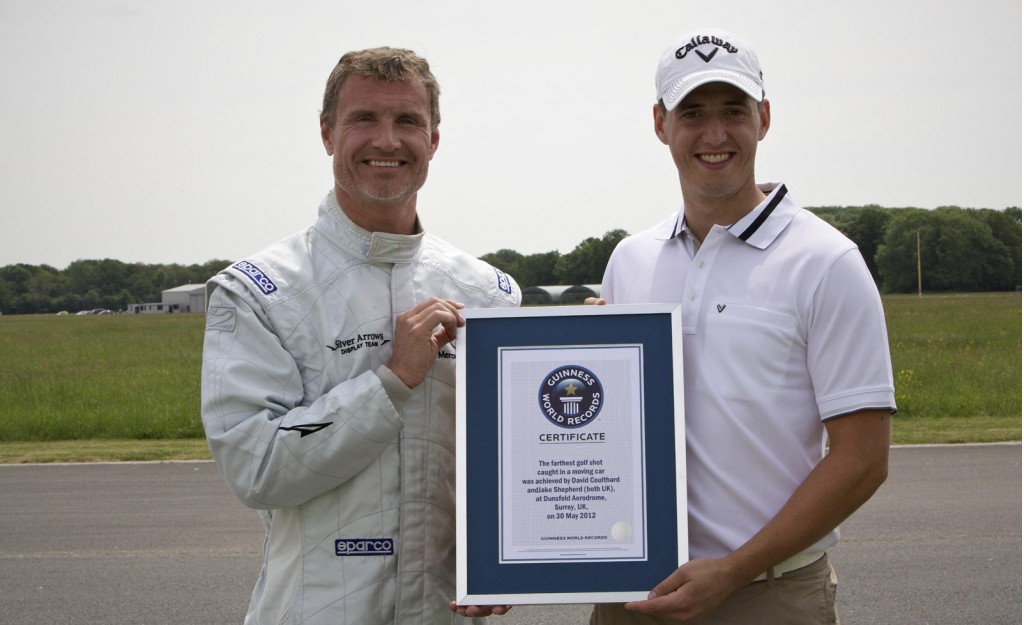 Speaking about the astonishing catch, Coulthard said, “The only way to track the ball was to keep your eyes on it all the time: it’s a real adrenaline rush but it’s not the most comfortable thing to do because for a moment, you’re not watching the road!”

This amazing achievement took place on May 30 at the same airport in England where Top Gear films most of its stunts.

Watching it over and over again, it still feels unbelievable what the crew at Mercedes-Benz has achieved. Keep an eye out for the impressive burnout at the end.