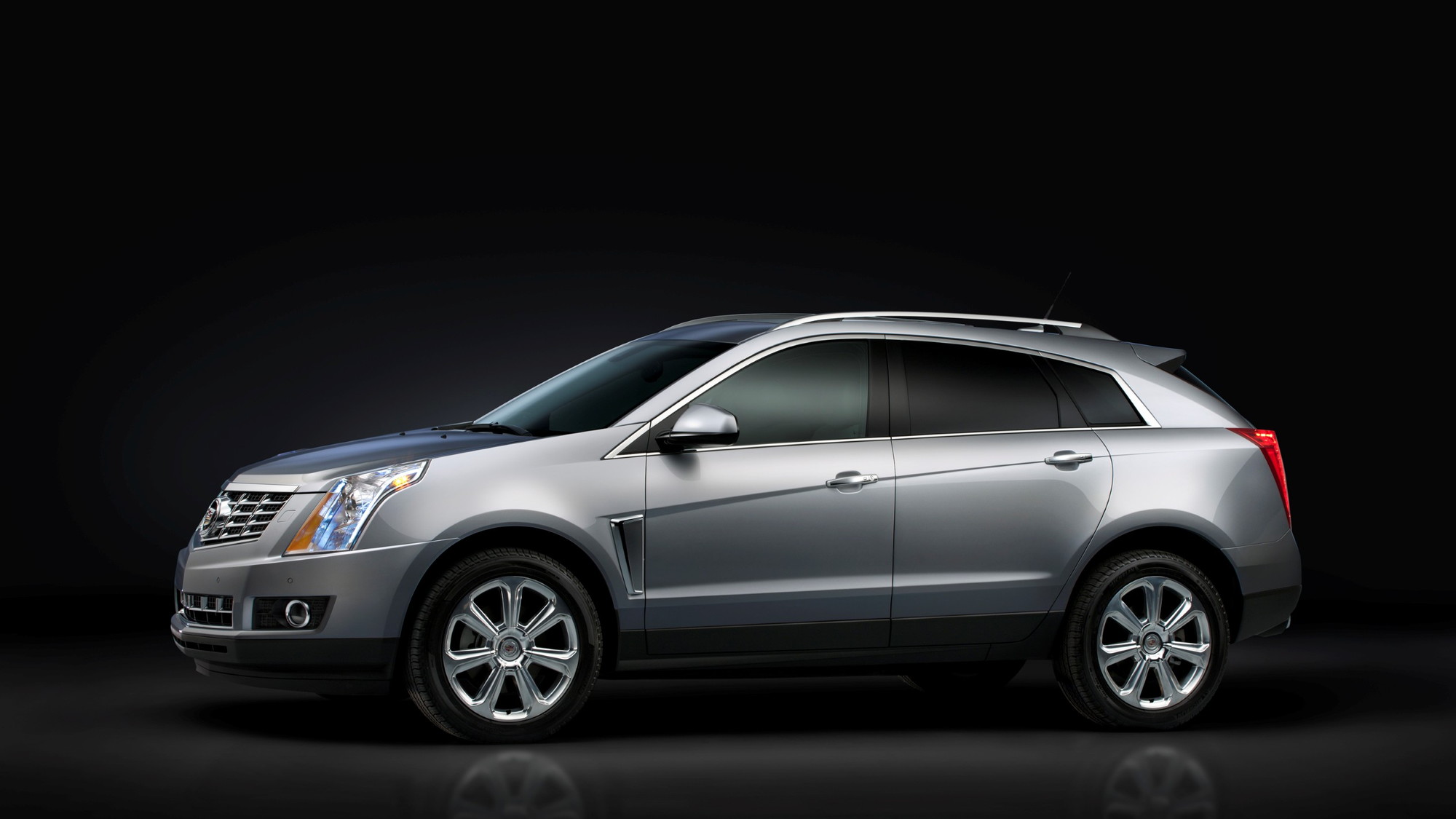 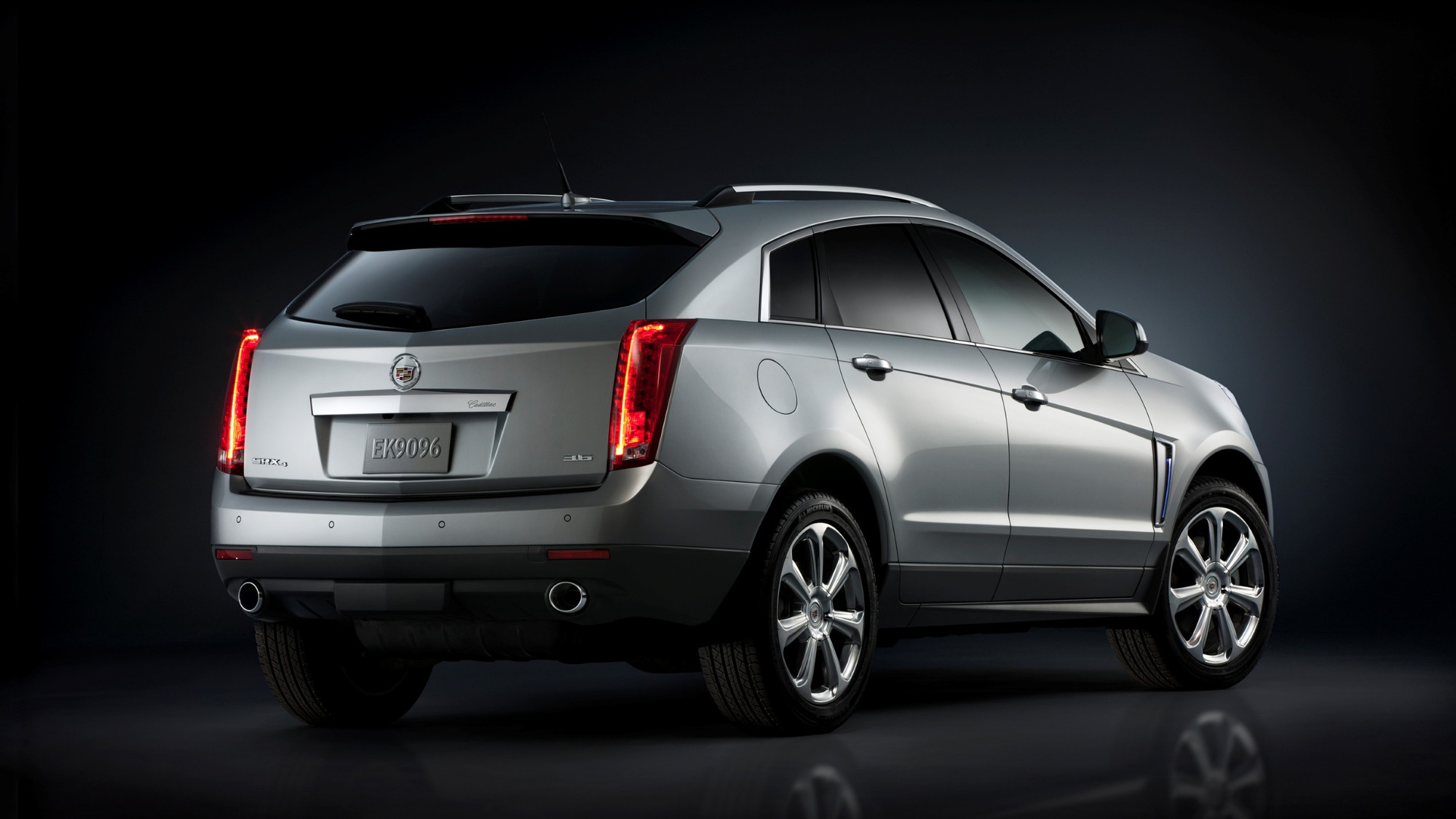 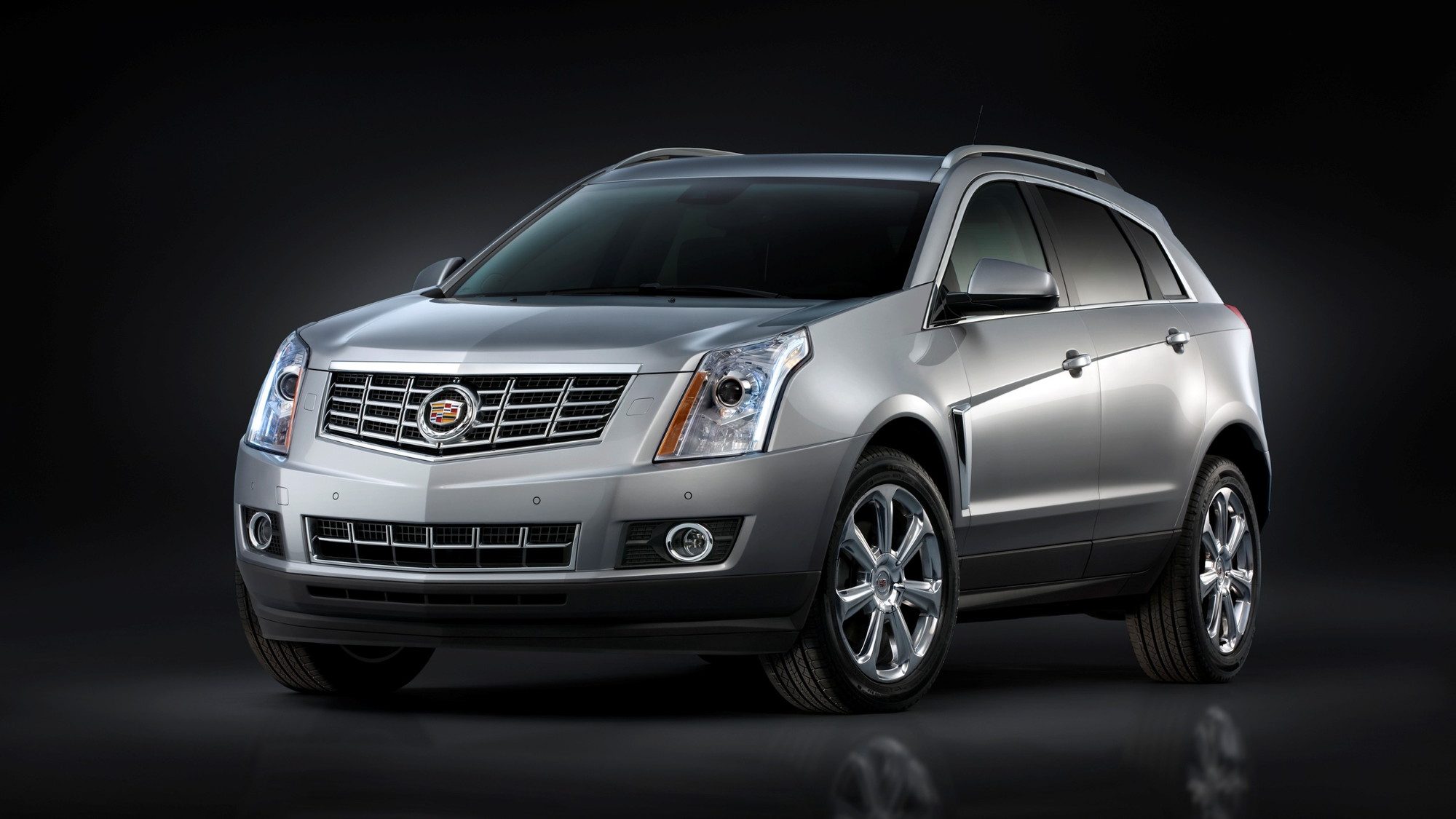 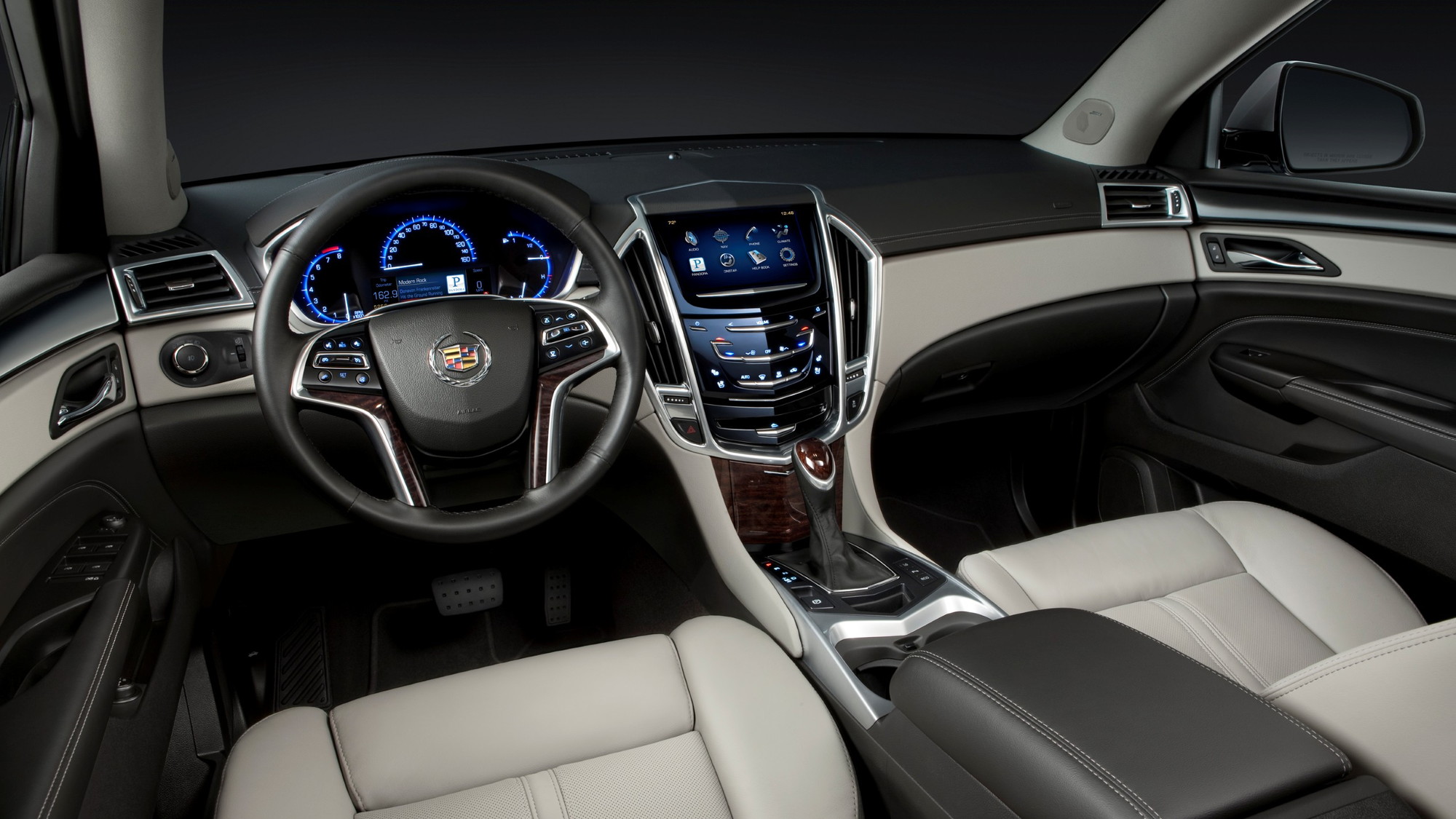 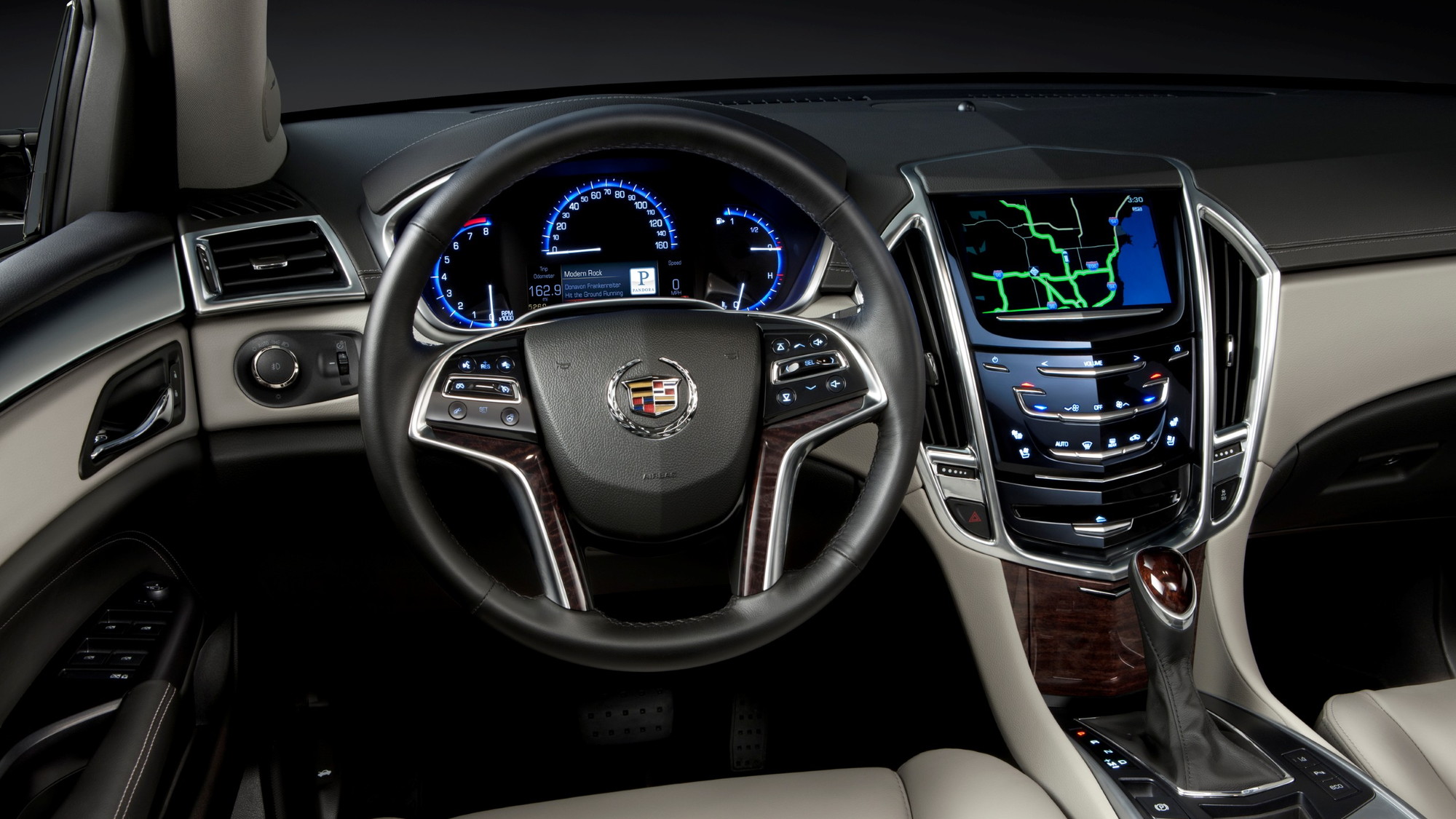 5
photos
It's generally hard to get excited about a mild refresh on any car, but in the case of the 2013 Cadillac SRX, it's less difficult. This year will see the addition of Cadillac's CUE infotainment system to the luxury crossover, revealed today ahead of the 2012 New York Auto Show.

The new CUE system includes an eight-inch capacitive multi-touch screen, controlling most of the major in-cabin functions of the vehicle, including navigation, climate, and more.

In addition to touch sensitivity, the screen offers haptic feedback and proximity-sensing technology, to better react to and inform the use of recognized inputs. The screen itself is a motorized, flip-up system that can hide away when not in use, or reveal a hidden storage box when raised. CUE is also capable of Bluetooth audio streaming and can pair with up to 10 Bluetooth devices.

Other updates for the 2012 SRX include active noise cancellation, which uses in-cabin microphones and speakers to nullify noise. A new steering wheel, shift knob, and instrument cluster offer an improved driver interface, with information from the CUE system reflected in the gauge cluster.

Under the hood, it's business as usual, ith the same 308-horsepower 3.6-liter V-6 engine from last year, paired with the familiar six-speed automatic transmission. The 2013 SRX is available in either front- or all-wheel drive.

For more details on the 2013 SRX, see our preview at The Car Connection, and stay tuned for live photos and more from the floor of the 2012 New York Auto Show.