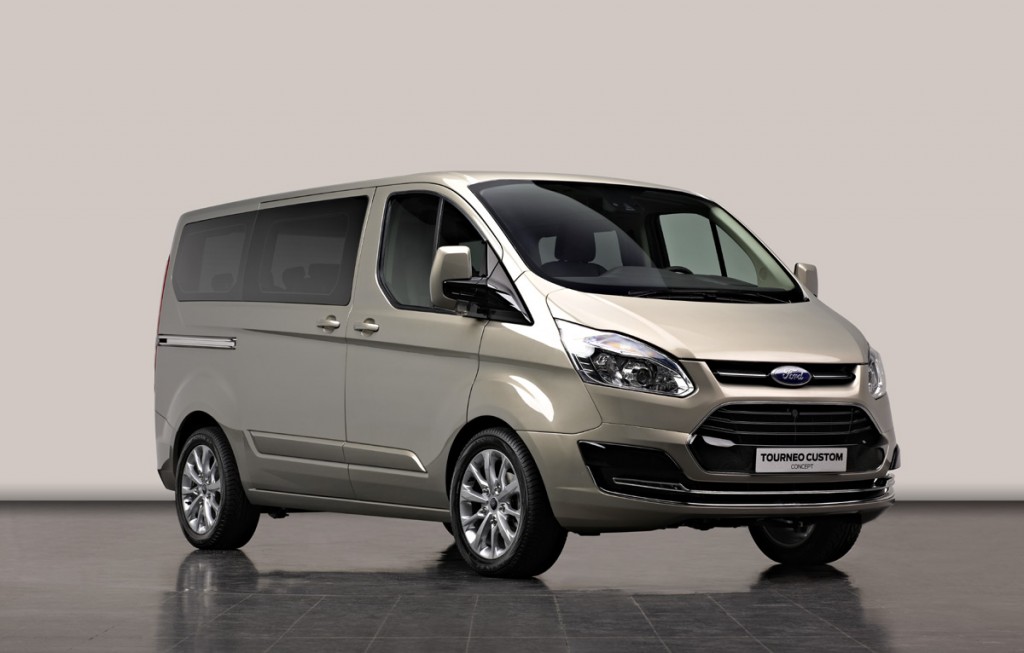 A couple of weeks ago we brought you details for the Tourneo Custom Concept—heralding the all-new version of Ford's global Transit van, and the larger cousin to the Transit Connect.

While the Tourneo was revealed then in overseas guise—with a 2.2-liter Duratorq turbodiesel engine—we now on the eve of Geneva Motor Show media days have from Ford a clearer image of what the all-new Transit van will have under its hood when it goes on sale in the U.S. in 2013: the 3.5-liter EcoBoost V-6.

The EcoBoost V-6 is expected to be in about the same spec as what's used in the F-150 pickup—so about 365 horsepower and 420 pound-feet. With high-pressure direct injection and turbocharging, the engine is considerably more efficient—as well as more powerful—than the normally aspirated V-8 designs it replaces.

According to Ford, the EcoBoost engine now accounts for about 40 percent of F-150 retail sales. Ford has gone a long way to prove the EcoBoost's mettle in the F-150; the automaker in 2010 put an F-150 EcoBoost through punishing conditions simulating 160,000 or ten years of rugged use, then raced at the Baja 1000 race prior, with Ford sharing dyno and teardown results after all that.

It's likely that the Transit will be offered in the U.S. in a wide range of passenger- and cargo-oriented layouts, with passenger versions accommodating up to eight. And if the Tourneo is any indication, with its carlike interior appointments and some of the latest convenience and safety features, like SYNC and lane-departure warning, is should be a step up from the ancient Econoline in many respects.

With the addition of the EcoBoost V-6, does that mean that the turbo-diesel four is ruled out as a more economical choice for North America? Stay tuned for more details, as well as live photos, videos, and more news direct from the floor of the 2012 Geneva Motor Show.