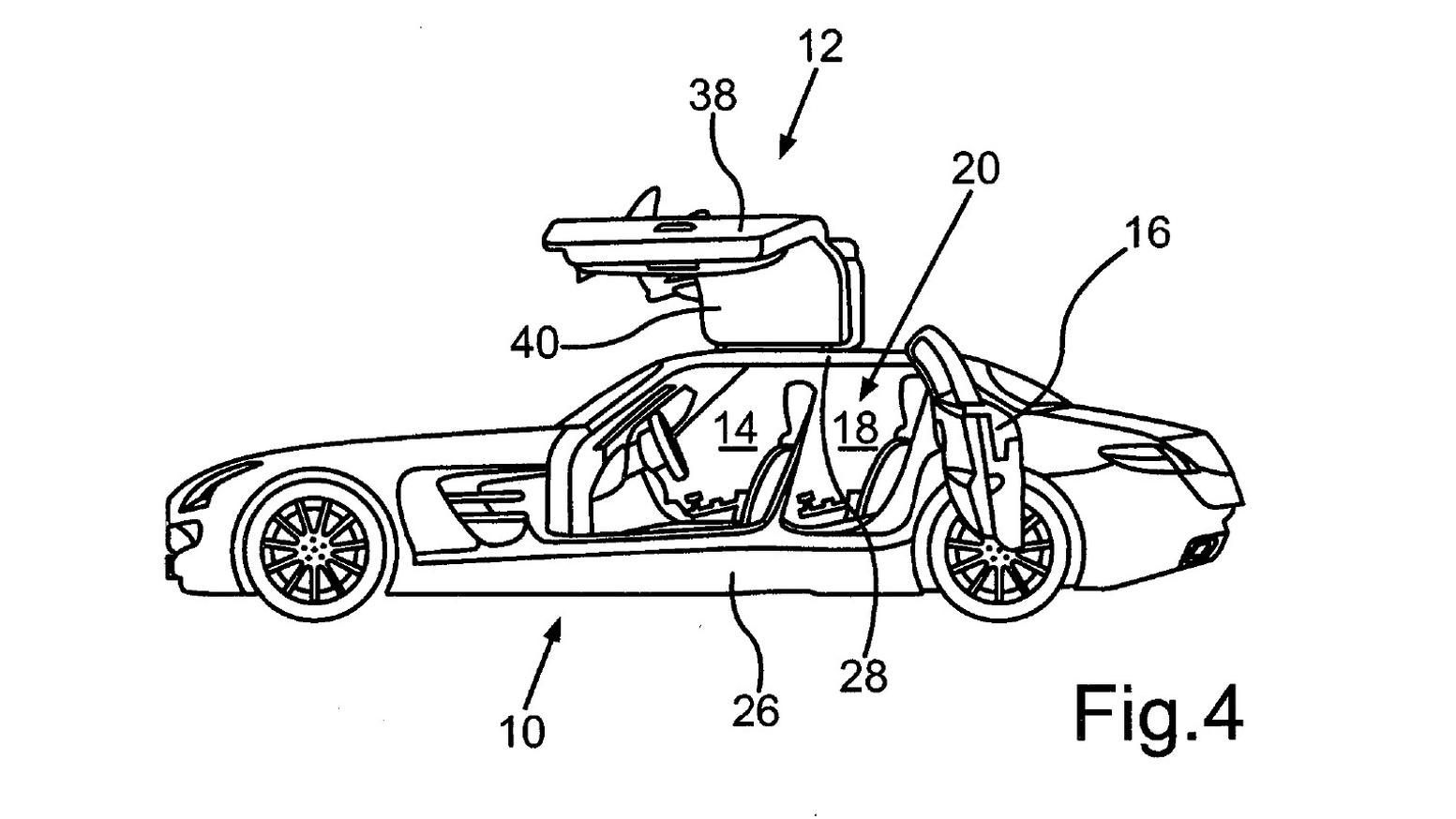 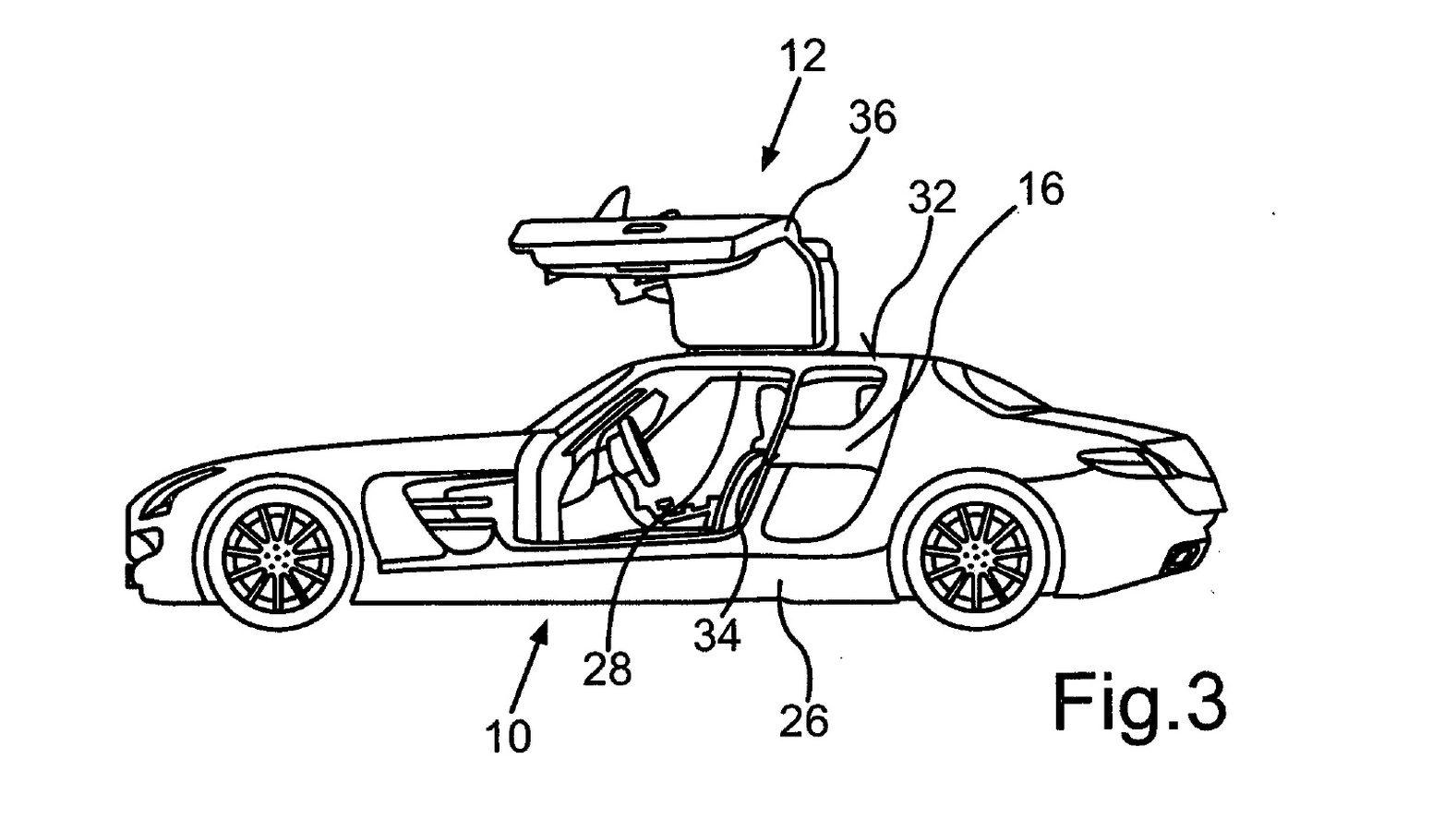 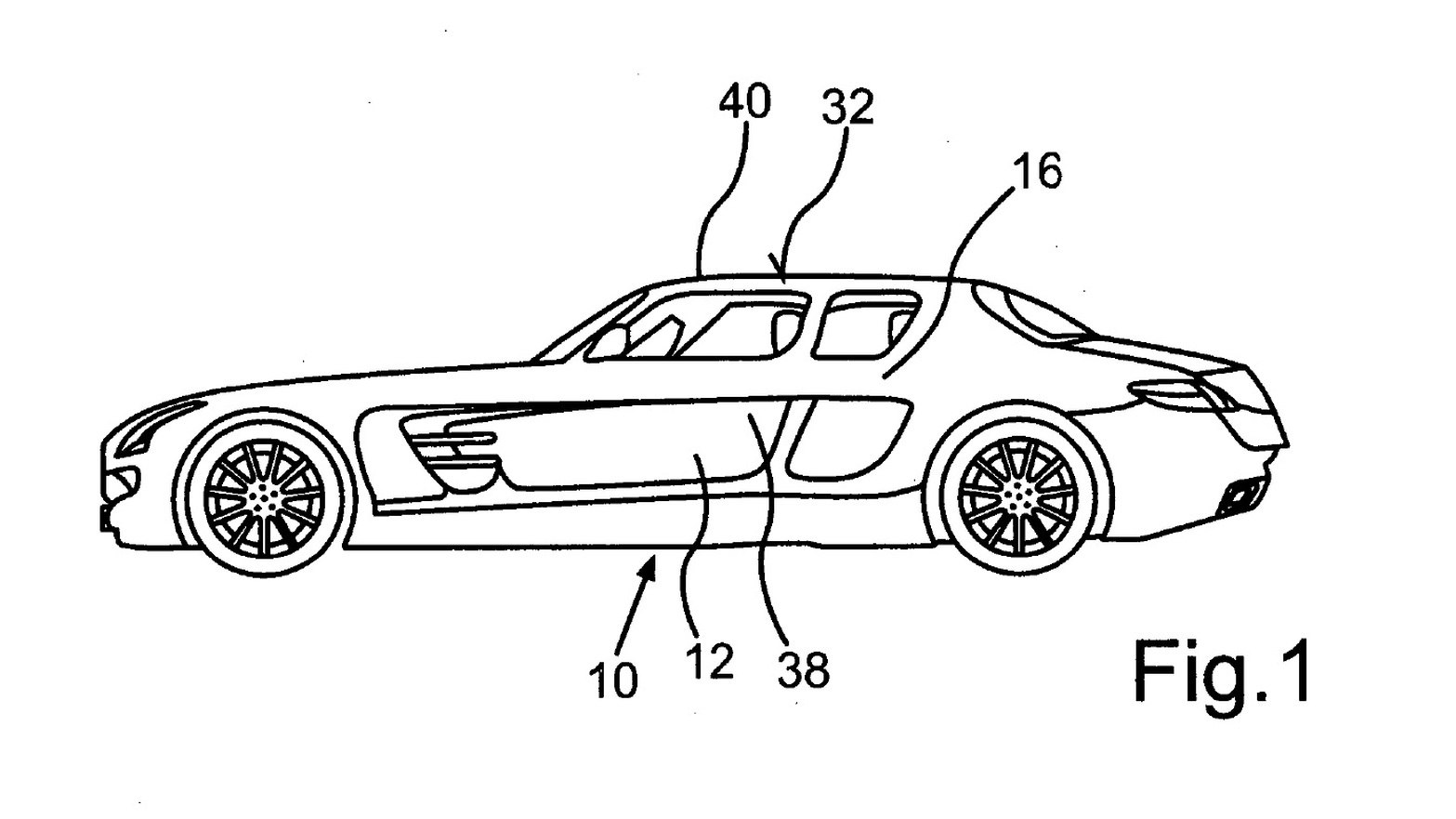 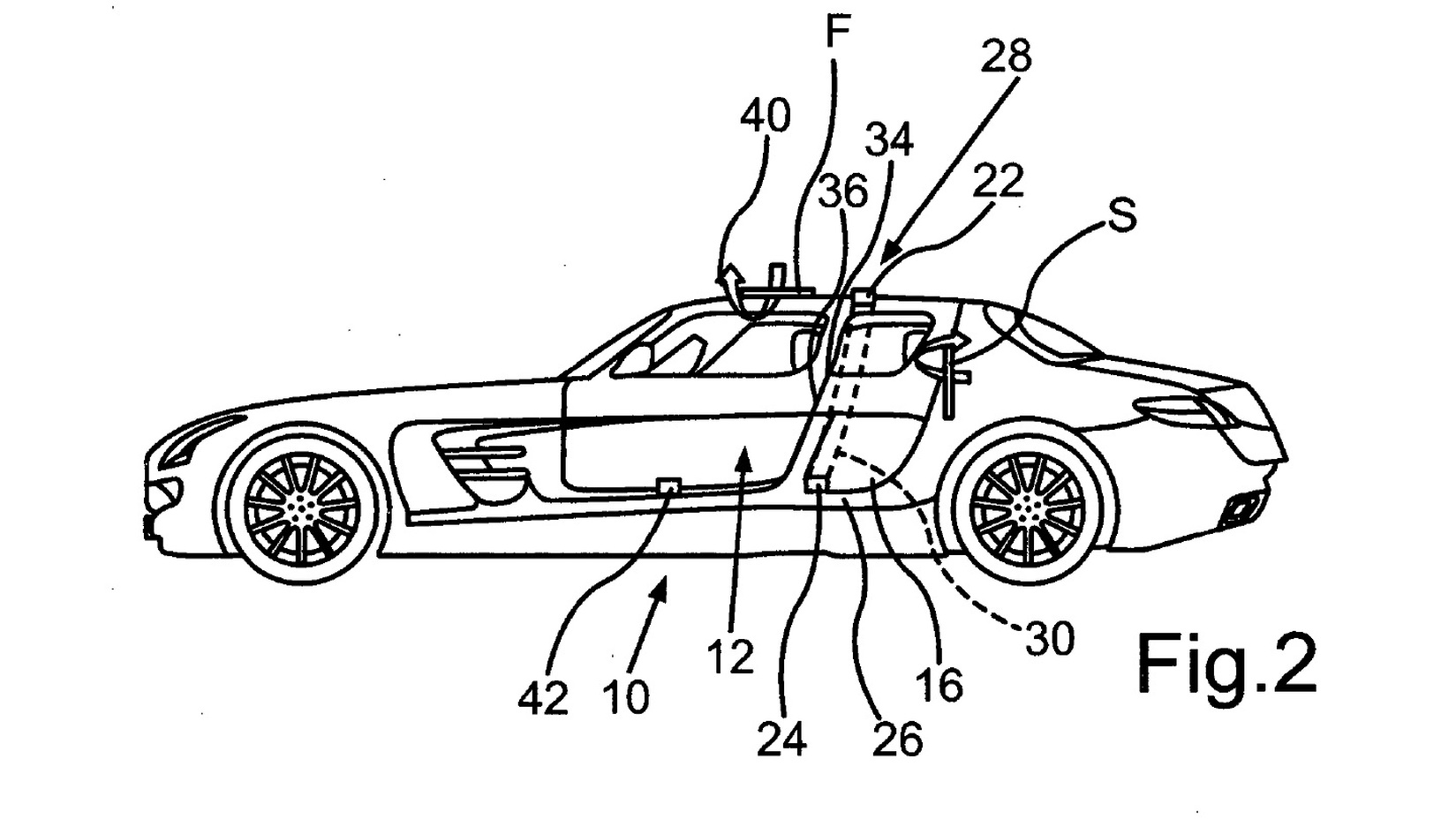 4
photos
The web is ablaze with patent images and German-language text describing a four-door version of the Mercedes-Benz SLS AMG. We've translated some of the text to help give you some idea of what the document--which hasn't been confirmed as legitimate by Mercedes, nor strictly denied--may or may not portend.

Found via Autoblog, the patent document looks genuine--and is in fact on the German Patent and Trademark website. According to the site, the named inventor is Jochen Bisinger, for owner Daimler AG, published on February 9, 2012.

The introduction page includes text that explains the four-door SLS (translated from German) as "a passenger car with a body, with a respective lateral wing door, by means of which a corresponding door opening in an associated side wall of the body can be closed, wherein the side of the wing door at least one further side door is provided."

That's a bit technical, or perhaps legalistic, but it's clear enough: it's a patent for a car, as shown in the images, with two gullwing doors and at least one, possibly two, rearward side doors that offer access to a back seat.

As the images show, it's a pretty slick take on the idea of a four-door SLS AMG. Instead of throwing the gullwings to the wind, Mercedes is apparently looking to incorporate a pair of rear-opening (suicide) doors to complement the forward portals.

That's a complicated, and almost undoubtedly heavy, solution, however. Maintaining rigidity with a large lateral opening could be difficult as well--especially without interfering with rear-seat entry and exit with a wide, high sill.

Whether this is simply an idea Mercedes has chosen to patent to protect its right to build it in the future, just in case, or possibly the actual direction the company plans to take for a four-door SLS AMG remains to be seen.

We'll keep digging and bring you the latest as we find out. Stay tuned.