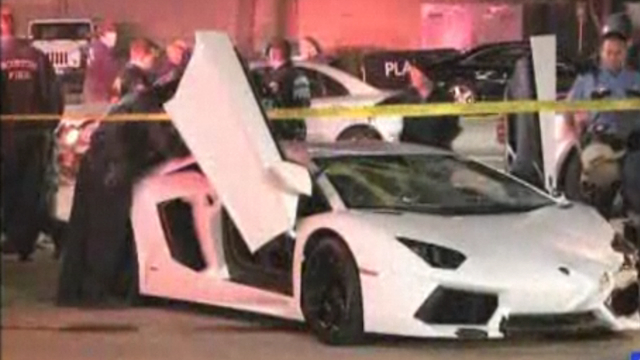 Wreckage of Lamborghini Aventador LP 700-4 that crashed in Houston

Earlier this morning we reported news of a man that crashed a Lamborghini Gallardo he hired on the way to his wedding.

Now we have the first details about a man from Houston, Texas, who crashed a Lamborghini Aventador LP 700-4 after owning the car for just one week.

According to police, the man was driving out of a nightclub parking lot in the city's Uptown Park area late last night when he lost control of the car and crashed into a pair of pedestrians and some parked cars.

His excuse for the crash was that he had just bought the 691-horsepower supercar and was still unfamiliar with it. Police are yet to charge the man for the accident though they have ruled out that he was under the influence of any substance at the time of the crash.

The good news is that the two pedestrians he hit didn’t suffer any major injuries, and the damage to the Aventador looks repairable.

The video news report below, which was first picked by Jalopnik, shows the scene of the accident and more footage of the wreckage.