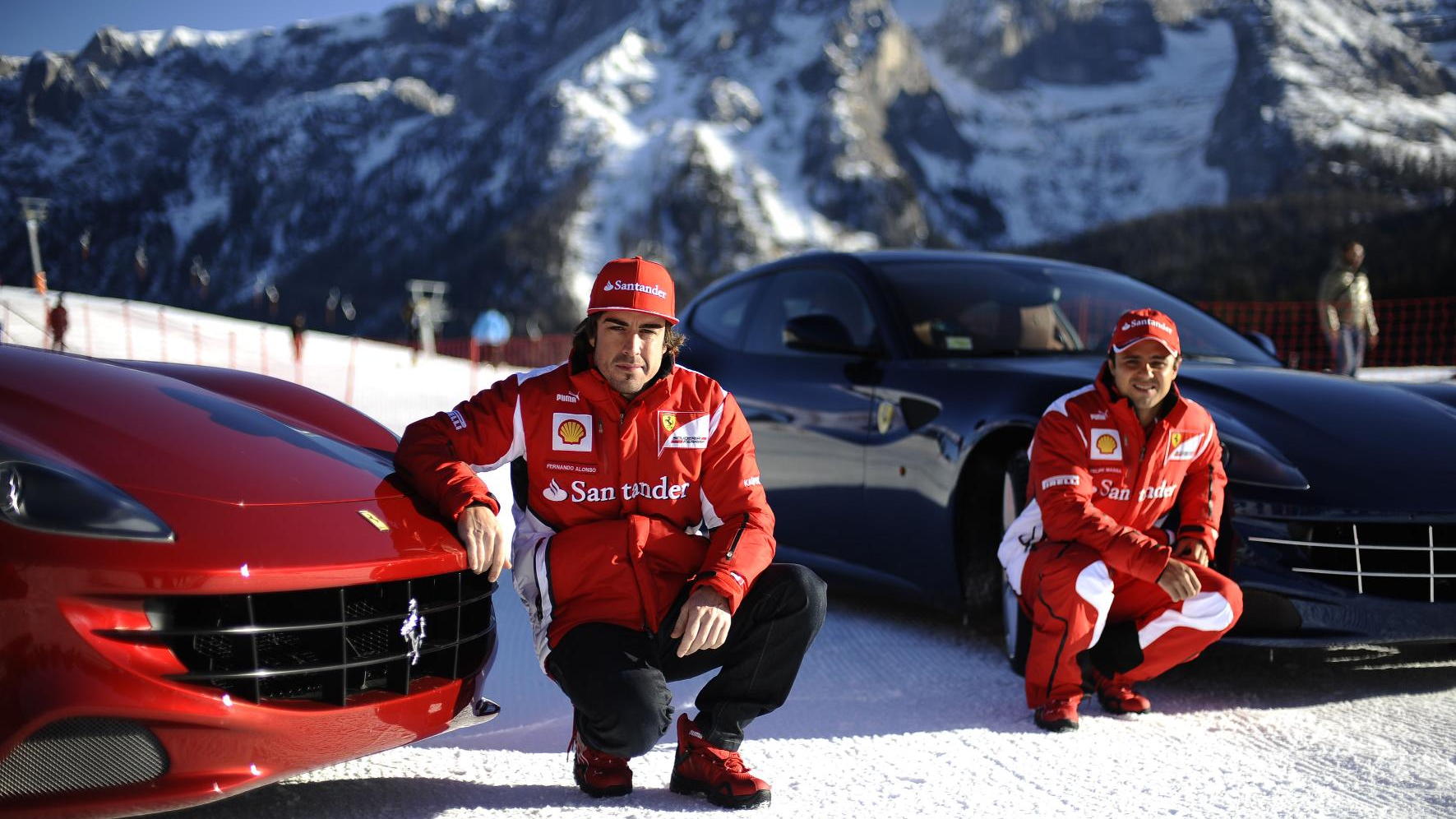 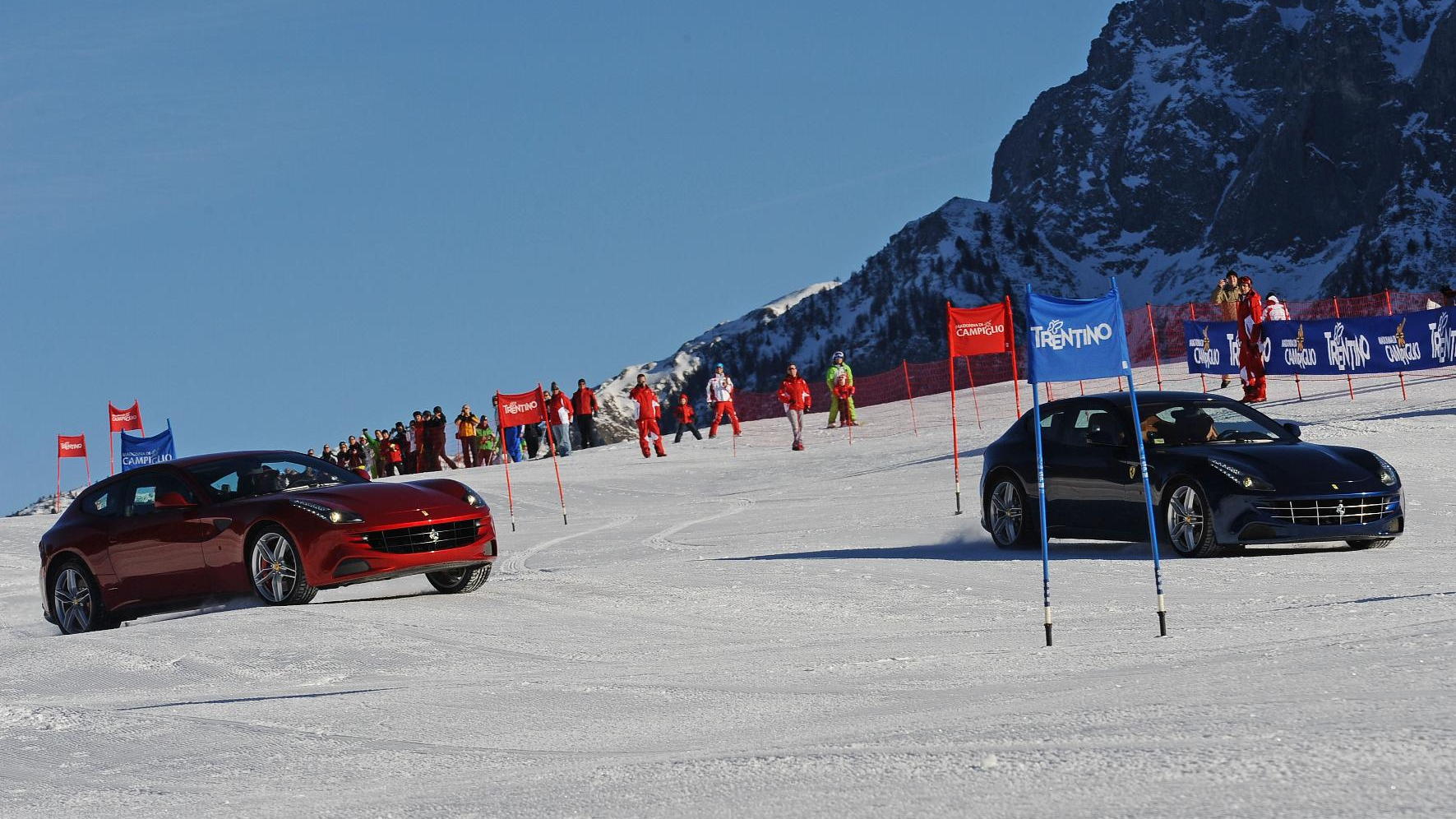 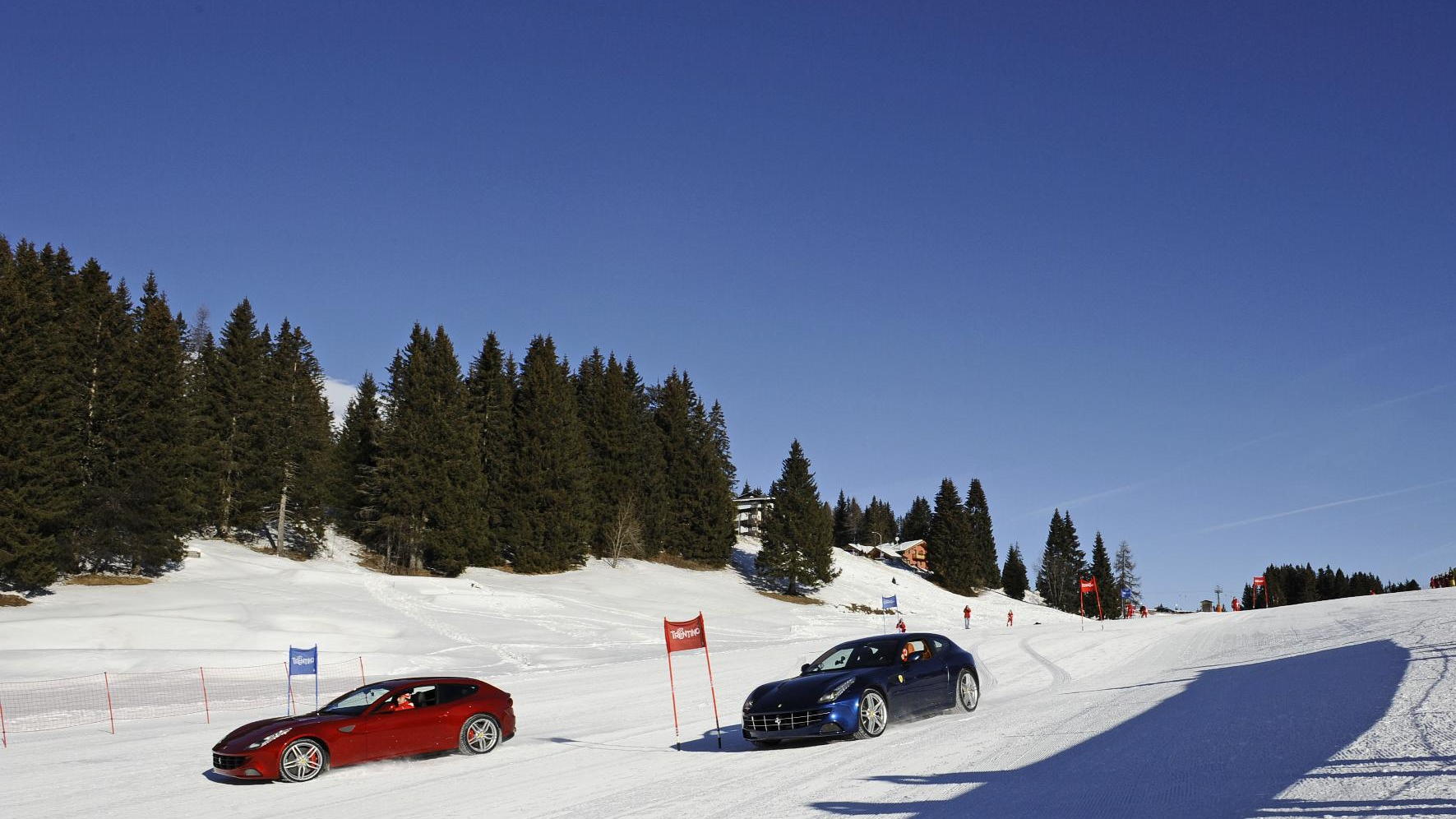 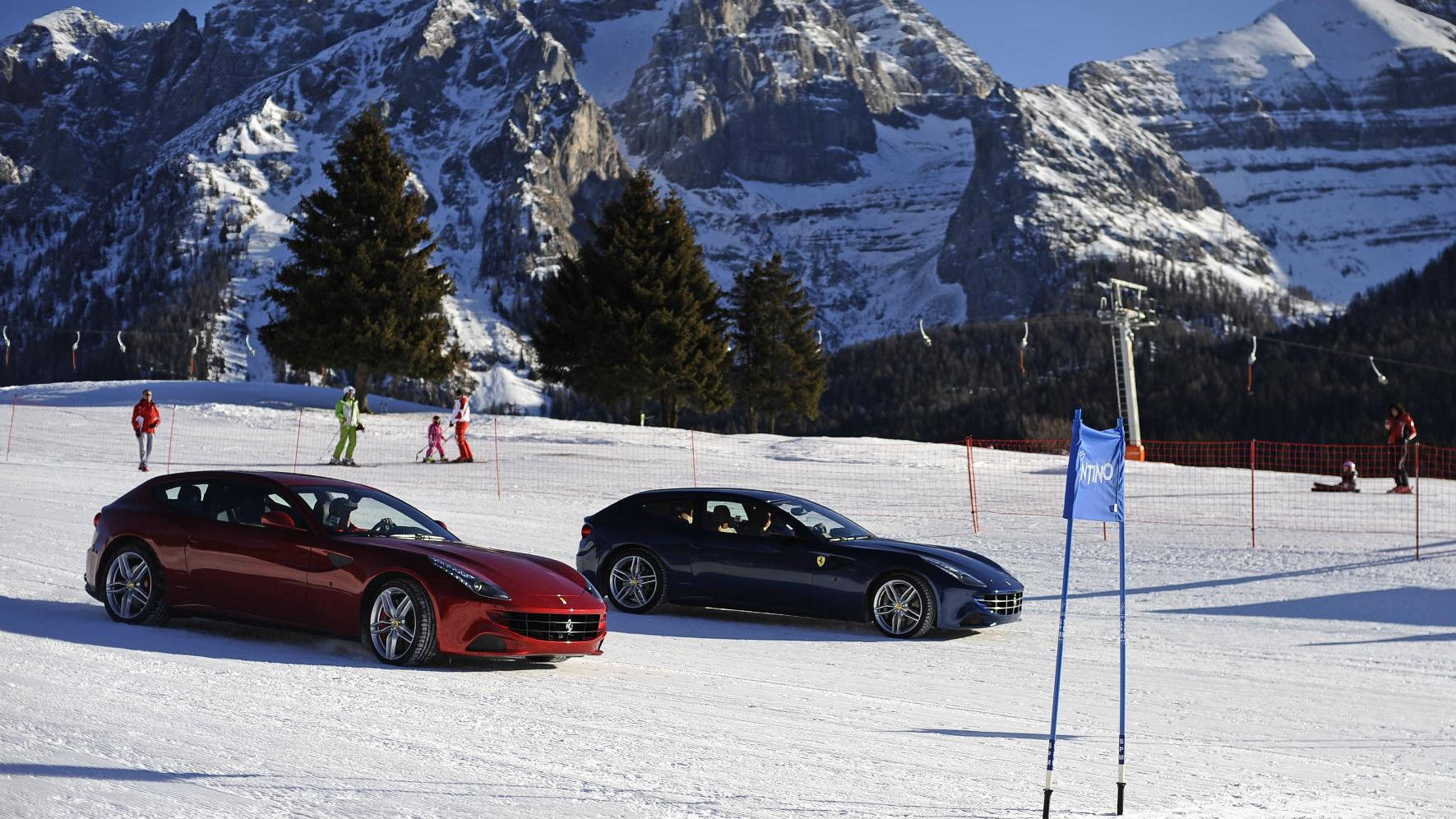 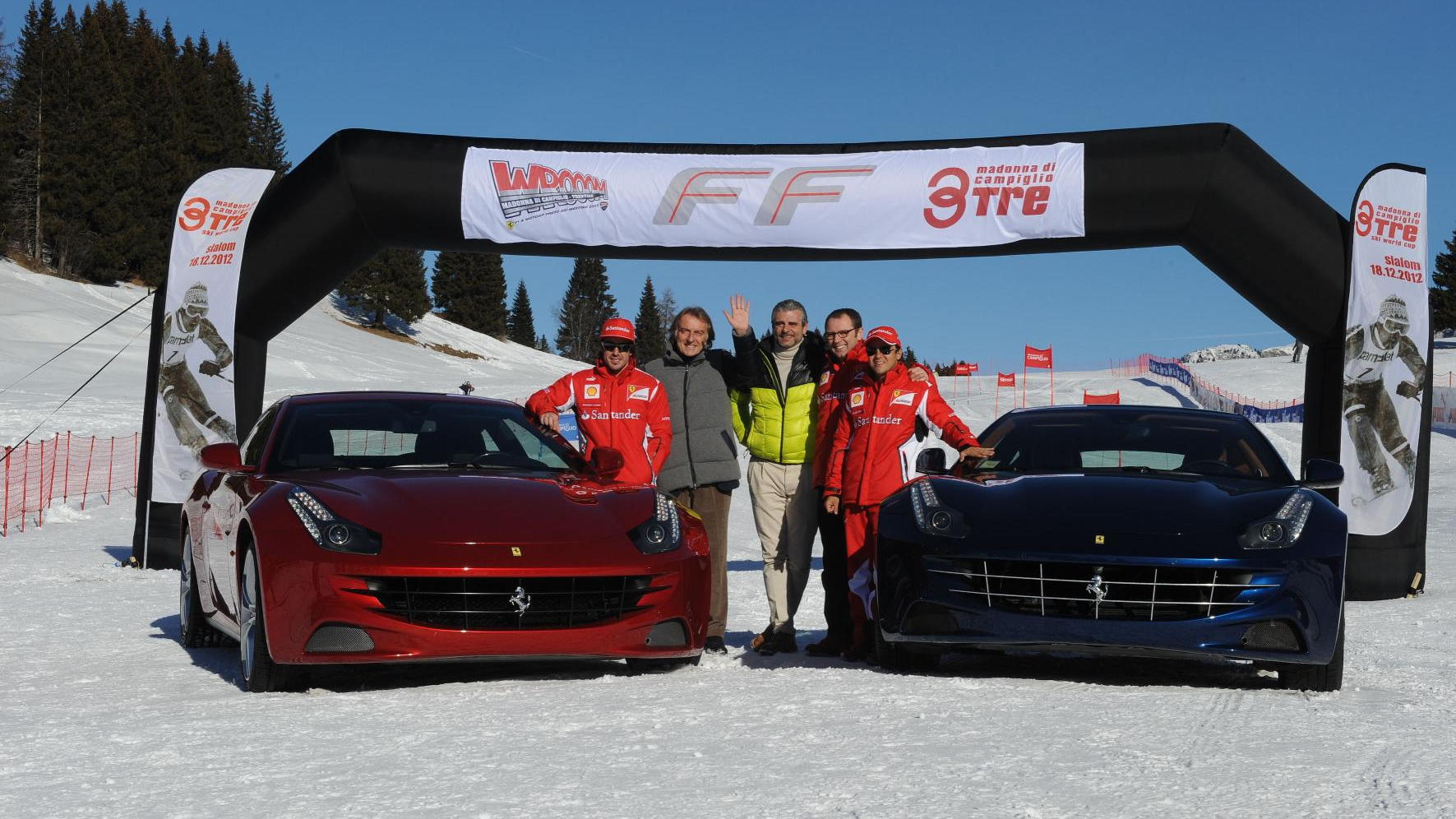 5
photos
This year is an Olympic year, but unfortunately for those that prefer snow turns and ice sprints, it's summer Olympics only.

If you're jonesing for big, arcing ski turns around colored gates, you're in luck, though.

That's because Ferrari has produced a video segment that's cooler than just about any ski race we've ever seen.

At the Wrooom ski and media event in Madonna di Campiglio last month, Ferrari lined up two of its drivers in FF grand tourers and let them loose on a short slalom course. Carving one of the world's most powerful cars down slick hardpack could be more than a tad dangerous, but Formula 1 drivers Fernando Alonso and Felipe Massa take it easy down the course and end in a friendly tie.

Ferrari has yet to shy away from a chance to show off the all-weather handling capabilities of the new FF, and this bluebird day in the Italian Dolomites was no exception.

Massa said after his rare snow race: "The most incredible thing about the car is the fact there is no need to compromise maximum performance and useability, whatever the driving environment. And on top of that, it’s perfect for everyday use with the whole family in the car."

The FF is Ferrari's first four-wheel drive vehicle. The 660-horsepower 6.3-liter V-12 engine sends power to all four wheels by way of a 4RM 4WD system that automatically adapts to road conditions and directs torque to each wheel independently. According to Ferrari, the system is 50 percent lighter than the average 4WD.

We don't suggest that you show up to your local resort and try to slalom a Ferrari FF--or any car--but if you happen to be a Ferrari buyer and want to test the 4RM system out on slick, powdery conditions, this winter's Winter Driving Experience in Aspen provides some training.

If that's not in the cards, live vicariously through Massa and Alonso.