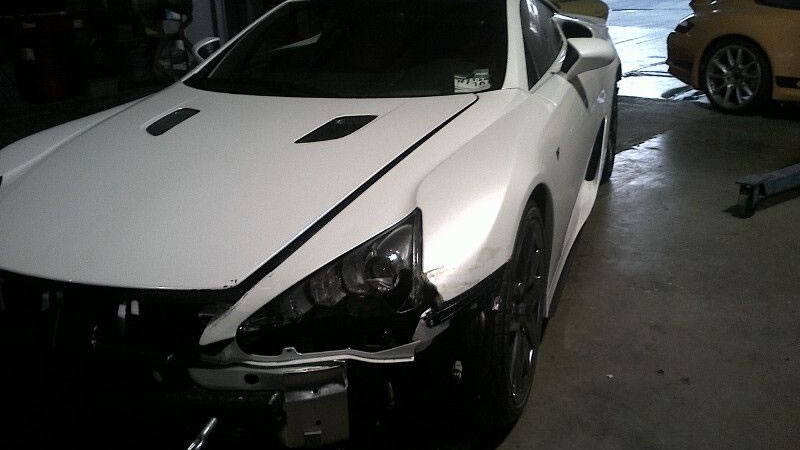 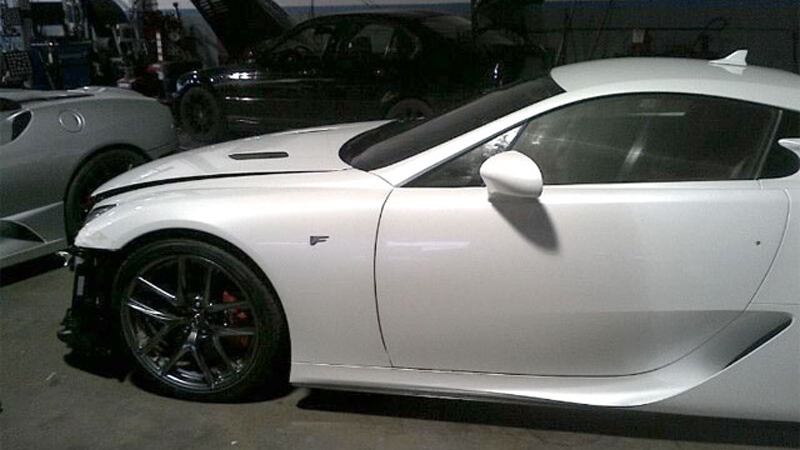 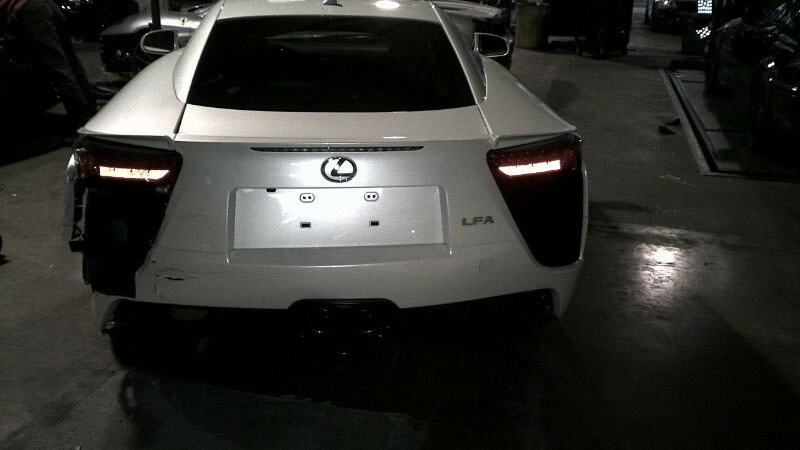 3
photos
With a 552-horsepower V-10, an exhaust note that could humble some race cars, and a pricetag that makes other supercars look cheap, it’s safe to stay that the Lexus LFA is one confidence-boosting machine.

Sadly, that confidence can often translate into owners thinking they’re far better drivers than they actually are.

That said, it was only a matter of time until one of the 500 Lexus LFA supercars--either already delivered or destined for production--was going to be involved in a crash. We now have images of the first customer-delivered Lexus LFA known to be in a crash.

We don’t have all the details yet but according to CarFax the accident happened in October of last year. This particular LFA, build number 142, was originally delivered to Lexus of Orlando. Last October it was picked up by Howard Brown & Sons Auto Sales in Sun Valley, California and ultimately sold to its final owner in Texas by Expo Motor Cars.

The good news is that the car looks repairable, though it may have to be shipped back to the factory for the work to be completed. Since there appears to be damage at both ends of the car, there’s a good change the accident occurred in a traffic situation.

Note, the first record of an LFA involved in a crash dates back to June 2010 and is for a pre-production version that was being driven by Toyota tester Hiromu Naruse just outside the Nurburgring race track in Germany. Sadly, that accident cost Naruse his life.

More details can be found on the Club Lexus forums and the Lexus Enthusiast website.