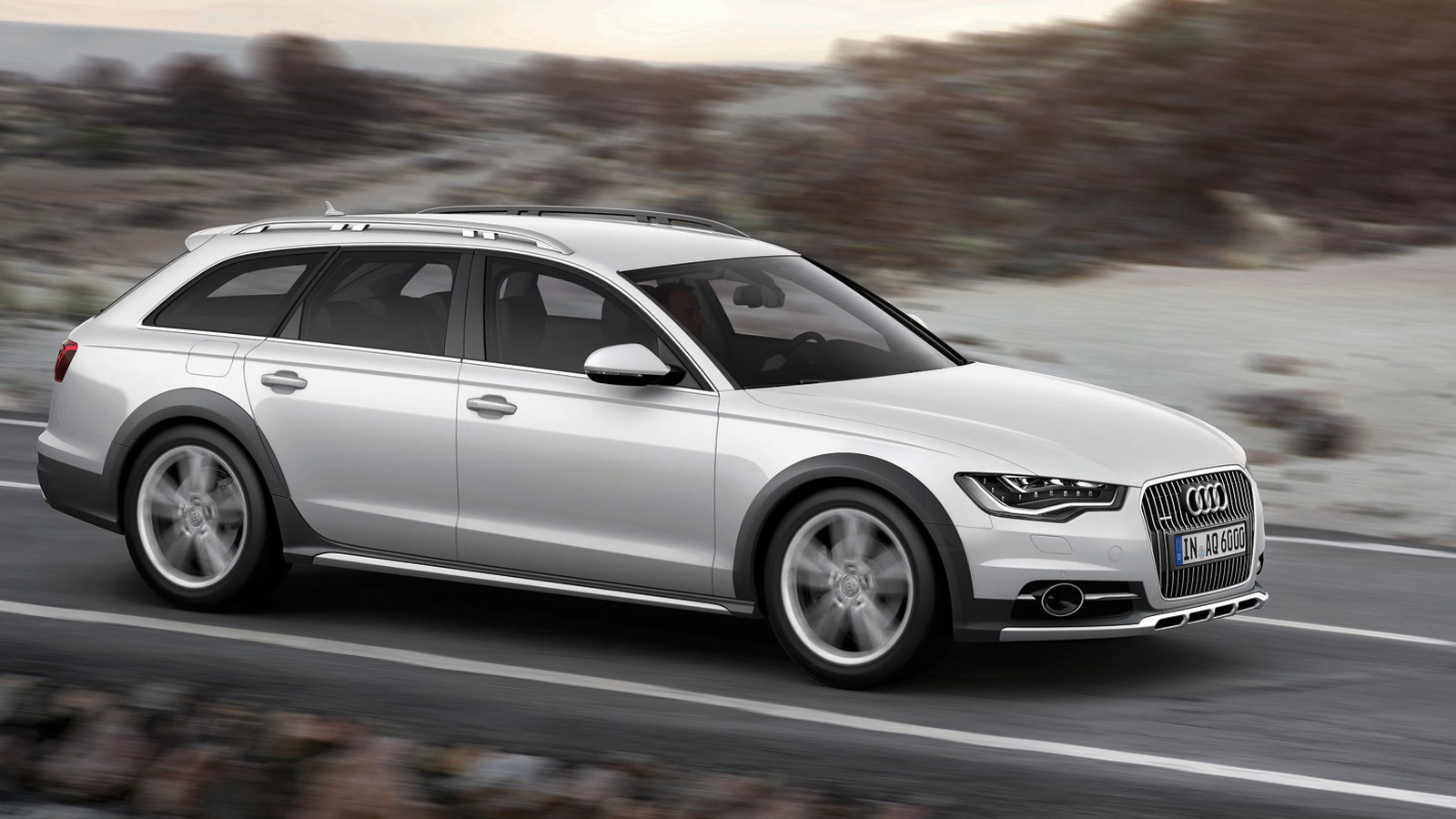 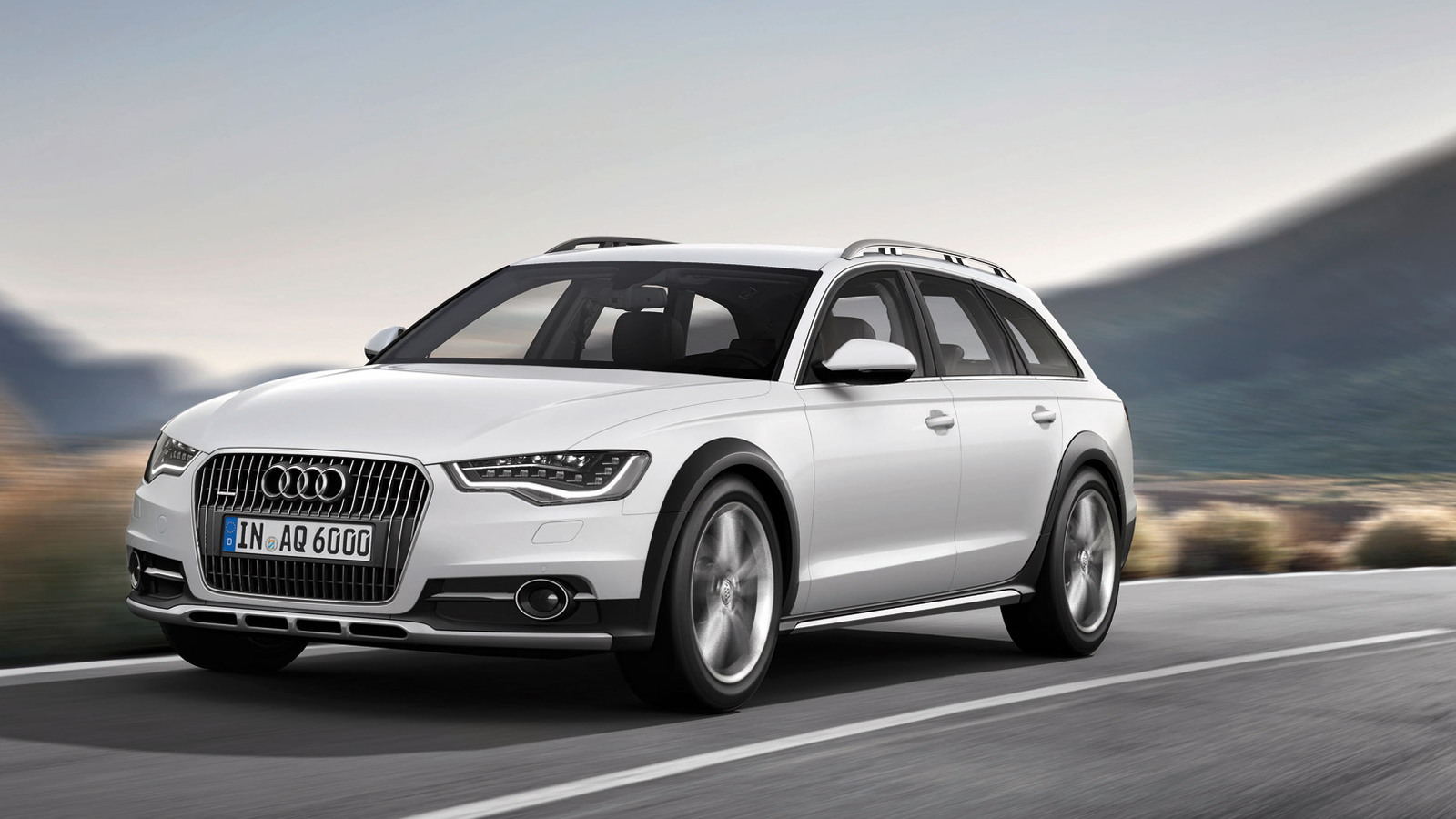 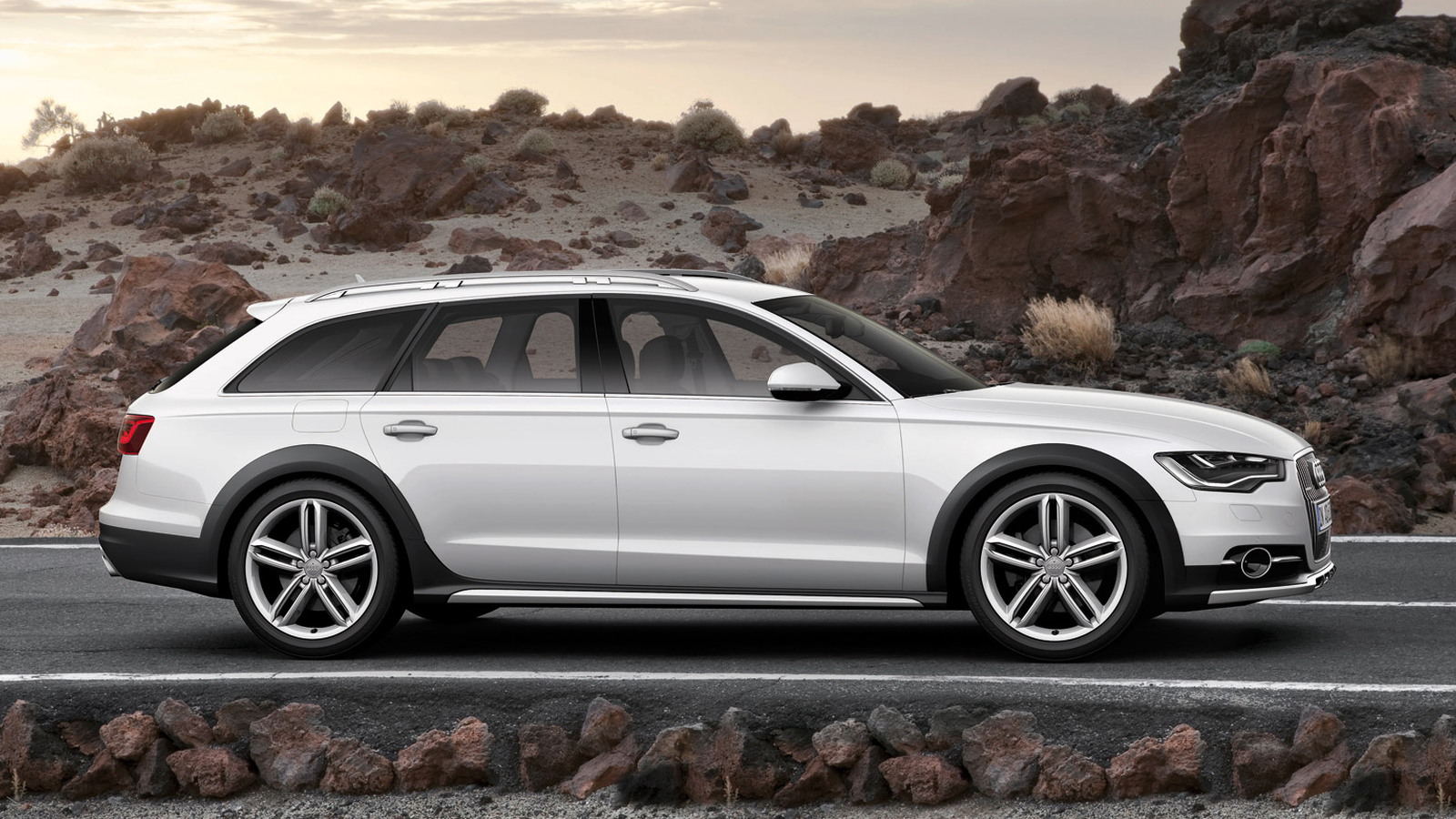 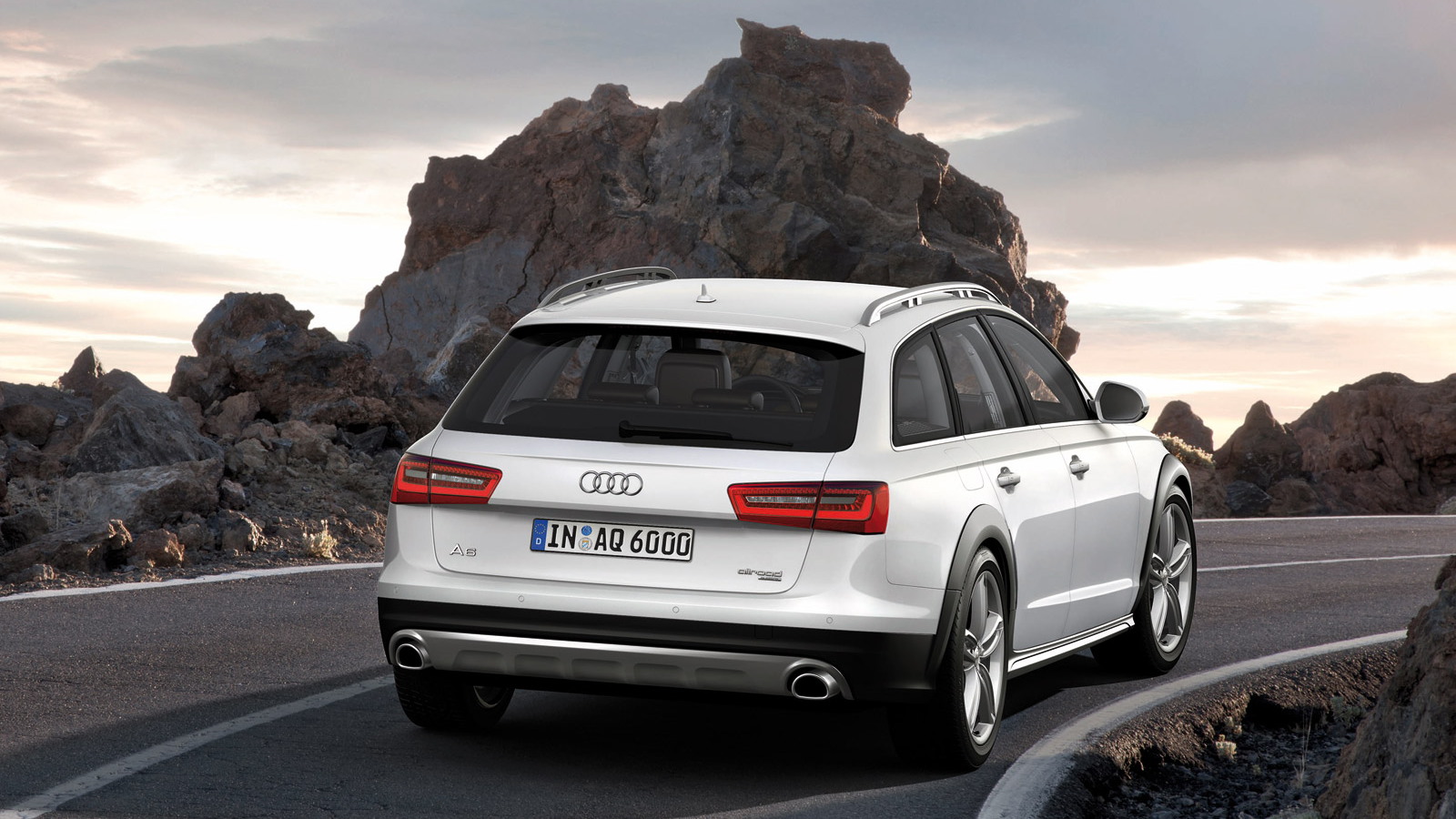 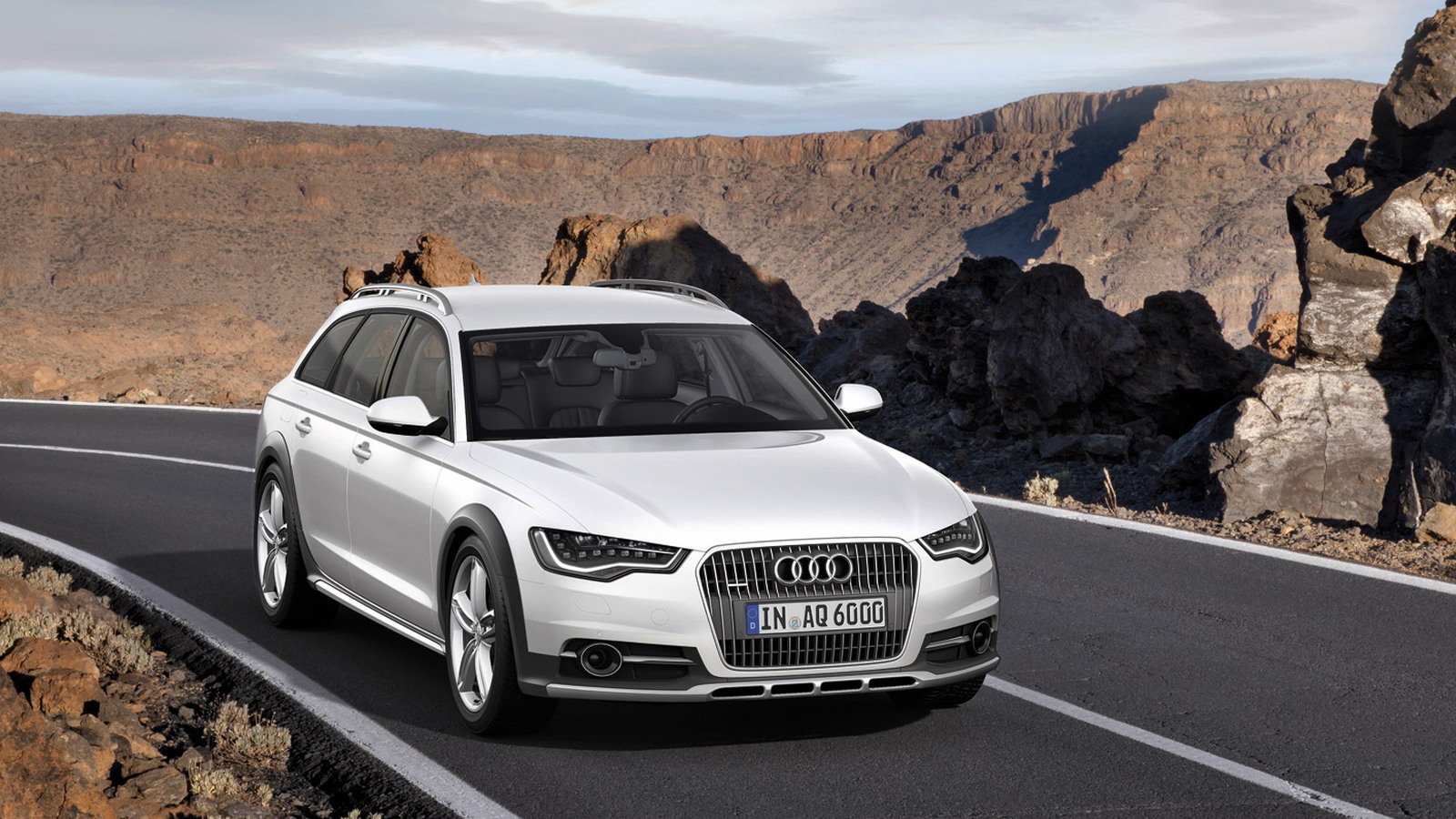 With Audi deciding to bring back its A4 Allroad quattro model to the U.S. this year there’s new hope that the bigger, and more capable A6 variant will come too.

The latest Audi A6 Allroad quattro has now made its online reveal ahead of an official world debut at March’s 2012 Geneva Motor Show.

This new 2013 model is the third generation of the popular soft-roader and possibly the best yet.

The car is 16.21 feet long, 6.23 feet wide and 4.82 feet tall, making it just a tad bigger than the regular A6 Avant wagon. It follows the Audi ultra lightweight construction principle familiar from the A6 sedan, with aluminum components making up roughly 20 percent of its body. Total vehicle weight has been reduced by as much as 154 pounds compared with the previous model.

On top of this, performance has been improved despite fuel consumption being reduced by as much as 20 percent over the previous model. The key is the new drivetrain lineup, which offers four different V-6 options: one TFSI gasoline unit and three TDI diesels. All engines displace 3.0 liters and are fitted with forced-induction and direct fuel injection technologies.

The 3.0 TFSI, which is the most likely option to be offered in the U.S. though a diesel may come too, produces 310 horsepower and 324.53 pound-feet of torque. It accelerates the A6 Allroad from 0-60 mph in 5.9 seconds and returns an average gas mileage of 26.43 mpg on the conservative European combined cycle.

The diesels develop between 204 and 313 horsepower and between 331 and 479 pound-feet of torque, and return up to 38 mpg on the same European combined cycle. Note, the quickest model in the A6 Allroad range is actually the 313-horsepower turbodiesel, which takes just 5.6 seconds to reach 60 mph.

Sending drive to all four wheels is either an eight-speed automatic or seven-speed dual clutch. Like in most all-wheel drive Audis these days, the quattro drive system is paired with torque vectoring. During spirited driving this system brakes the wheels on the inside of the curve, which are under a reduced load, before they can slip. This further enhances traction and handling. The optional sport differential distributes the power in continuously variable proportions between the rear wheels as well.

The body of the new A6 Allroad sits 2.36 inches higher than the regular A6. Setting it apart are, in particular, the trim strips on the side sills, the more widely flared fenders and the single-frame grille with vertical slats. Stainless steel covers protect the underbody at the front and rear of the car, and the exhaust system ends in two large, flattened tailpipes. The roof rails are mounted on double bars.

The U.S. may have missed out on the practical yet uber-cool A6 Avant--let’s hope the same doesn’t happen with the A6 Allroad.