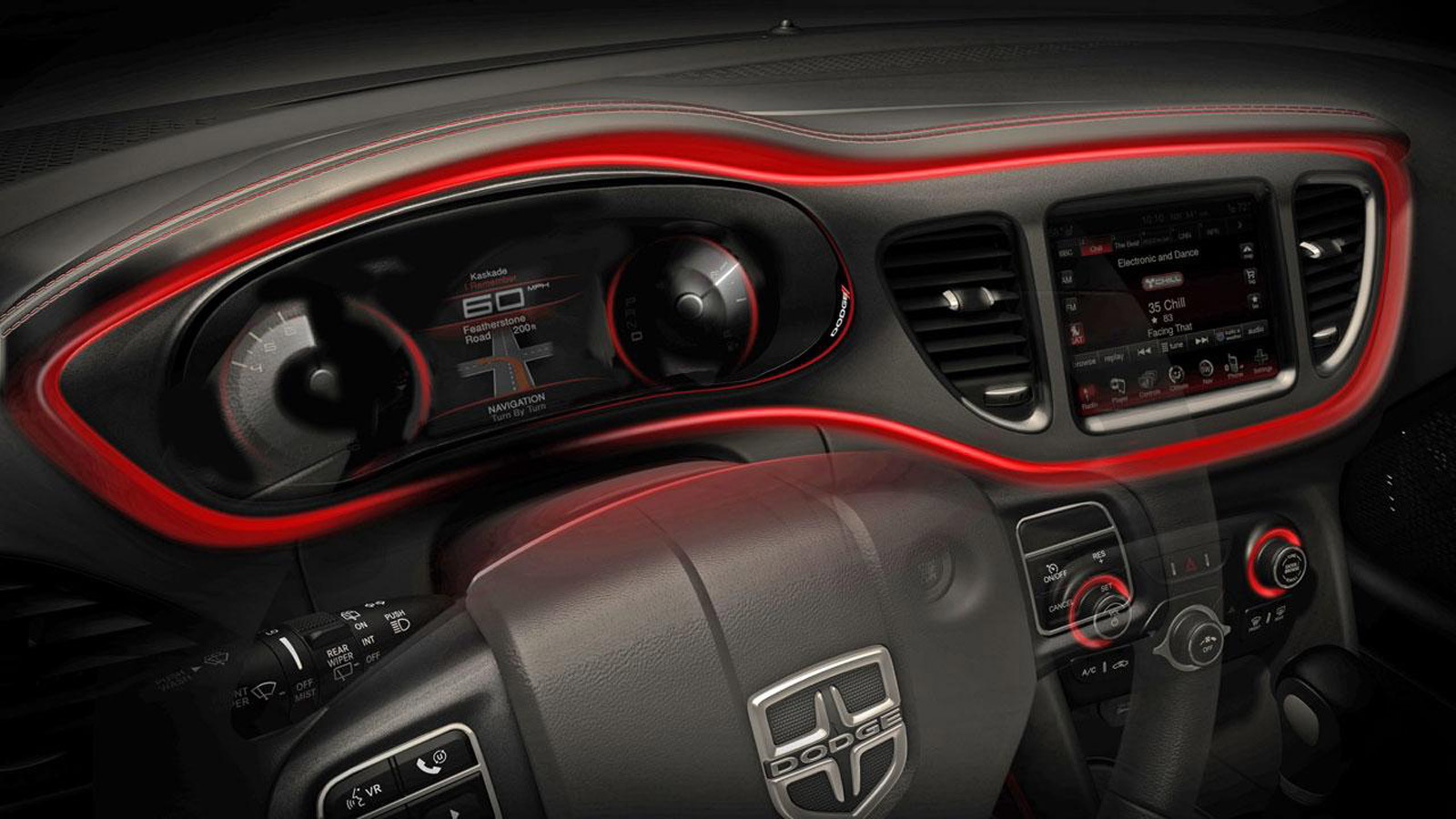 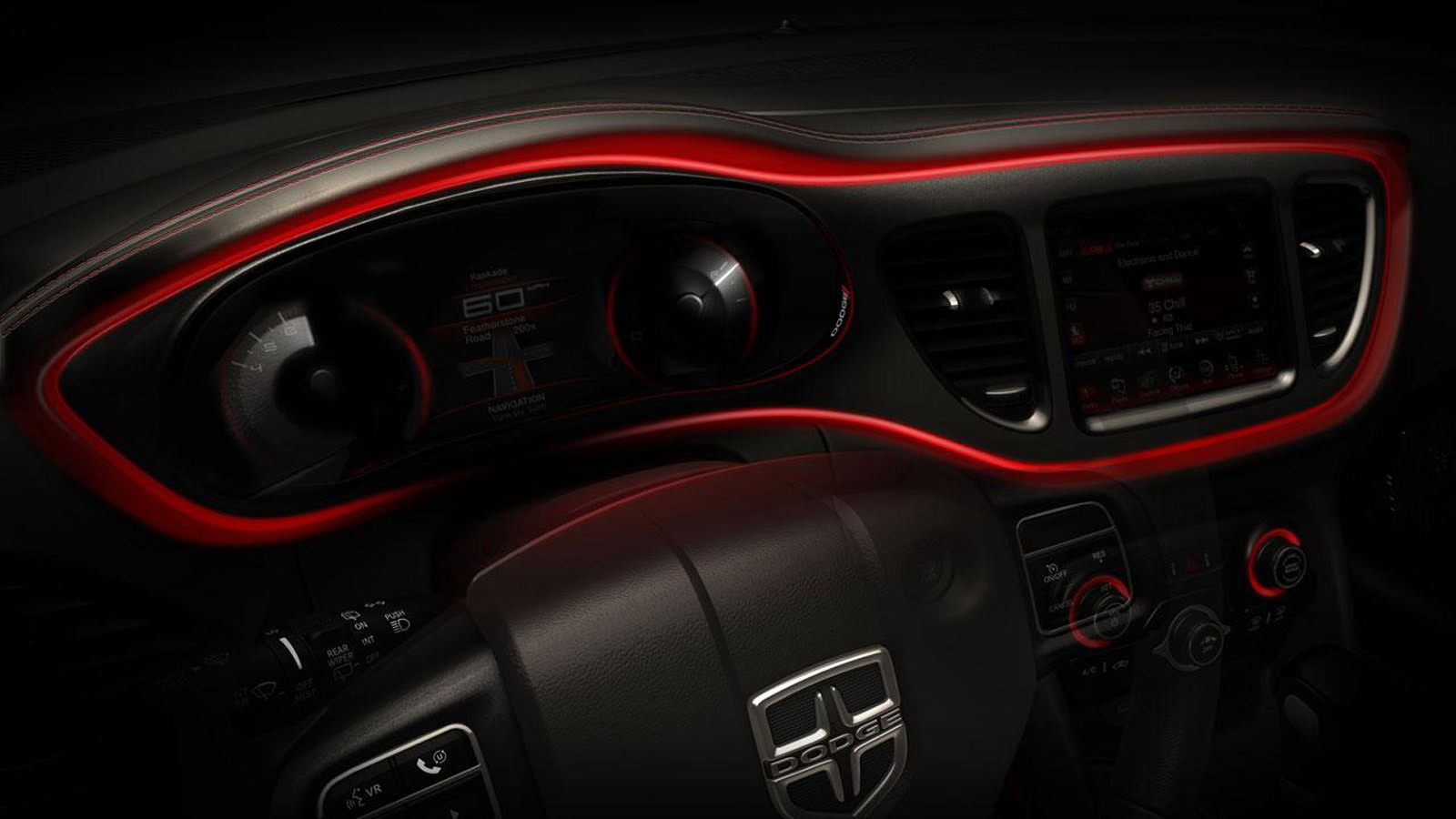 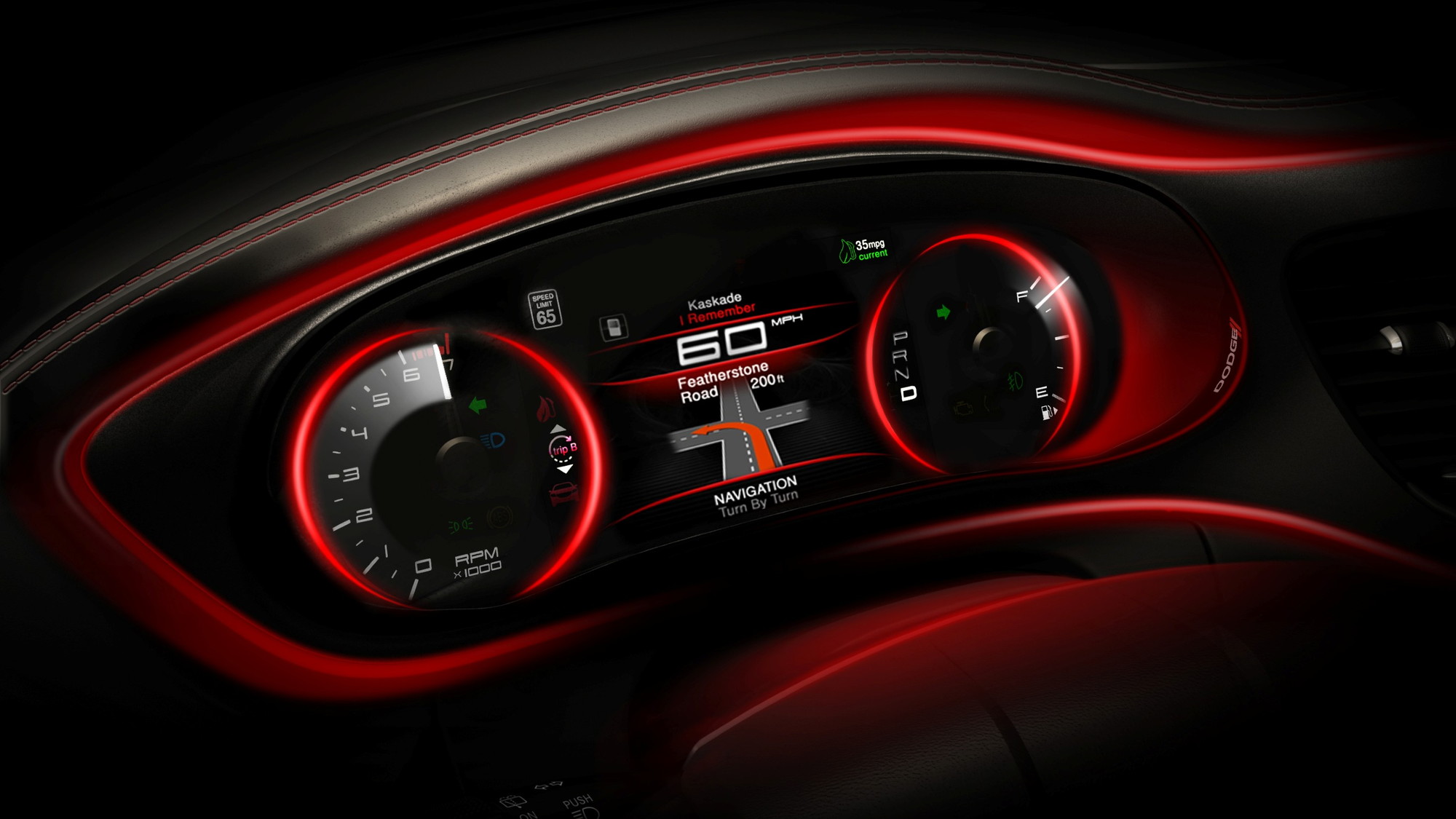 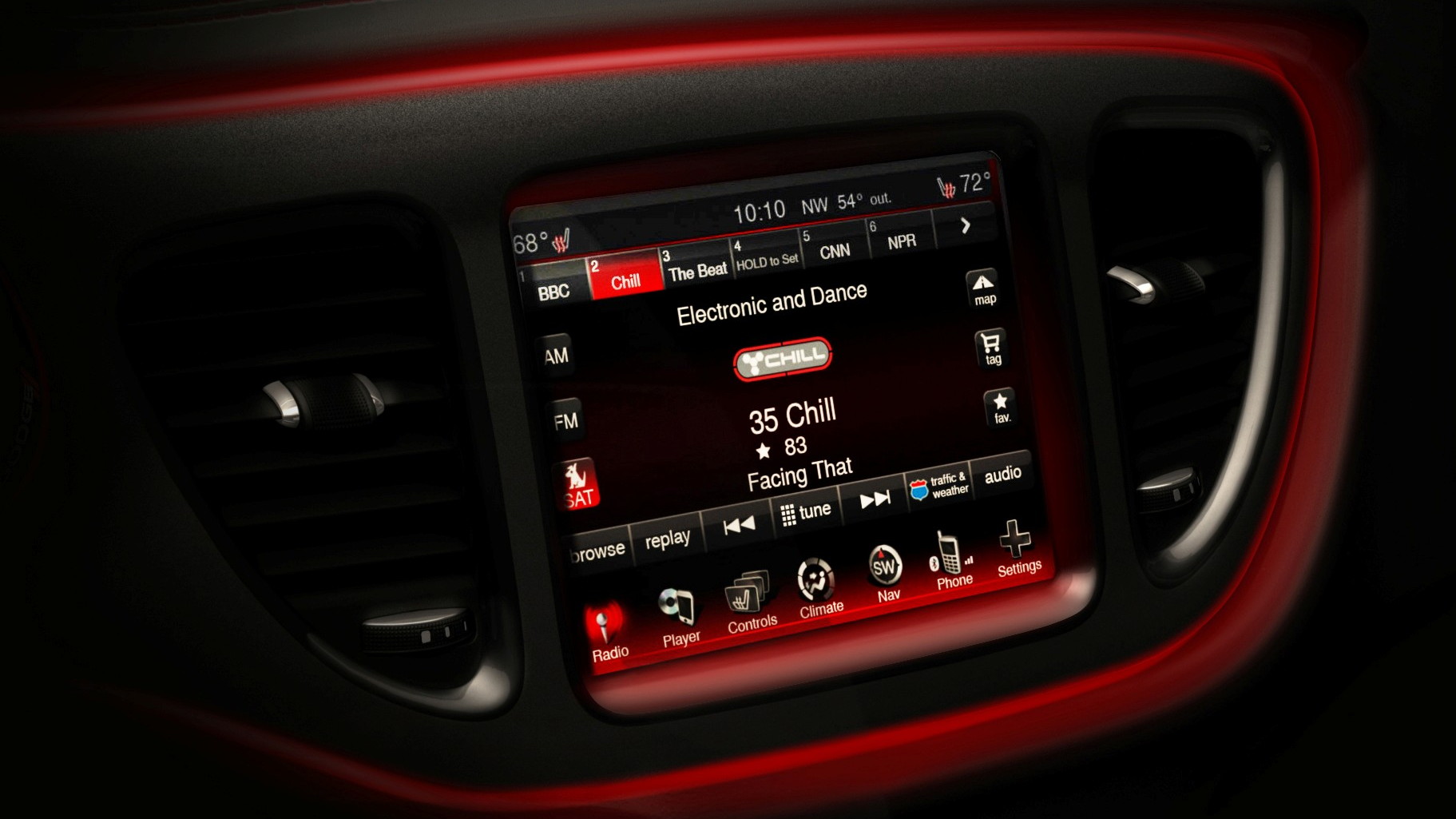 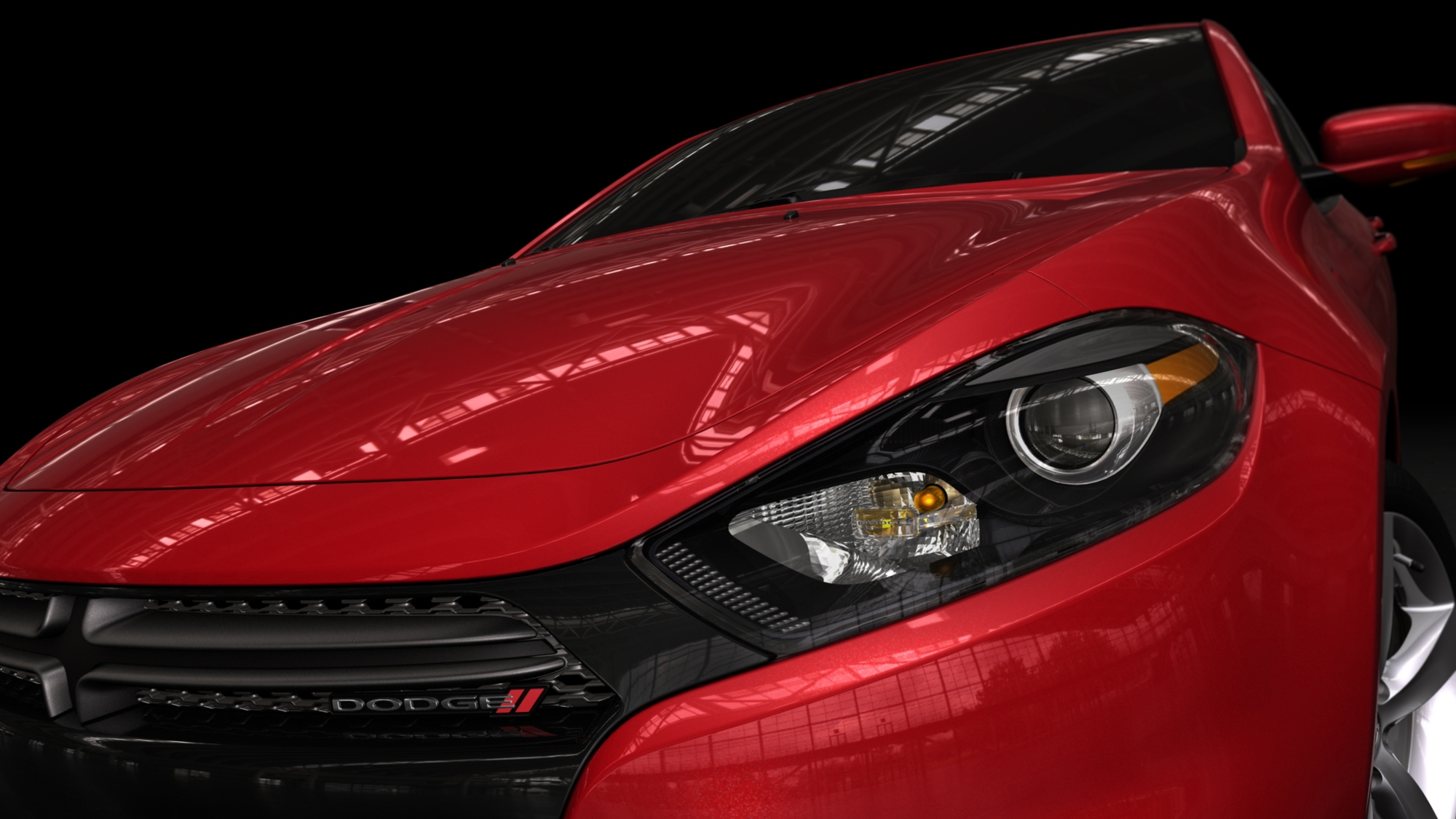 6
photos
The 2013 Dodge Dart made waves with its first set of teasers last week--and with its name, a throwback to the 1970s that left some questioning whether it was a wise choice. Whatever your take on the name, however, the images show the 2013 Dart is shaping up to be a bit of a looker, particularly for its compact class.

The latest teasers reveal more of the car's interior design, with the instrument panel and the center media display showcased in dramatic black and red. As for the details, the instrument panel is a 7-inch TFT display with customizable gauges. As configured in the teaser image, it appears to show navigation instructions on a center-mounted LCD screen between the tachometer and transmission (automatic in this case) and fuel/temperature gauges. A digital speedometer readout sits at the top of the center screen, along with what appears to be a speed limit indicator, fuel consumption, and a multi-function trip computer.

Flanked by a pair of large but discreet vents, and surrounded by a red accent, inset in matte black plastic and topped with stitched (or faux-stitched) leather (or faux leather), the interior and feature sheet for the Dart appears to be an extensive one, at least in top-level configuration.

Other features announced but not shown in the images include: 10 standard air bags, blind spot monitoring, and rear cross-path detection system. Quite the fusillade of tech and safety gear.

For the first set of teasers of the 2013 Dodge Dart, check our previous post here, and stay tuned for all of the details, live photos, and video straight from Cobo Hall as the Detroit Auto Show gets underway next month.