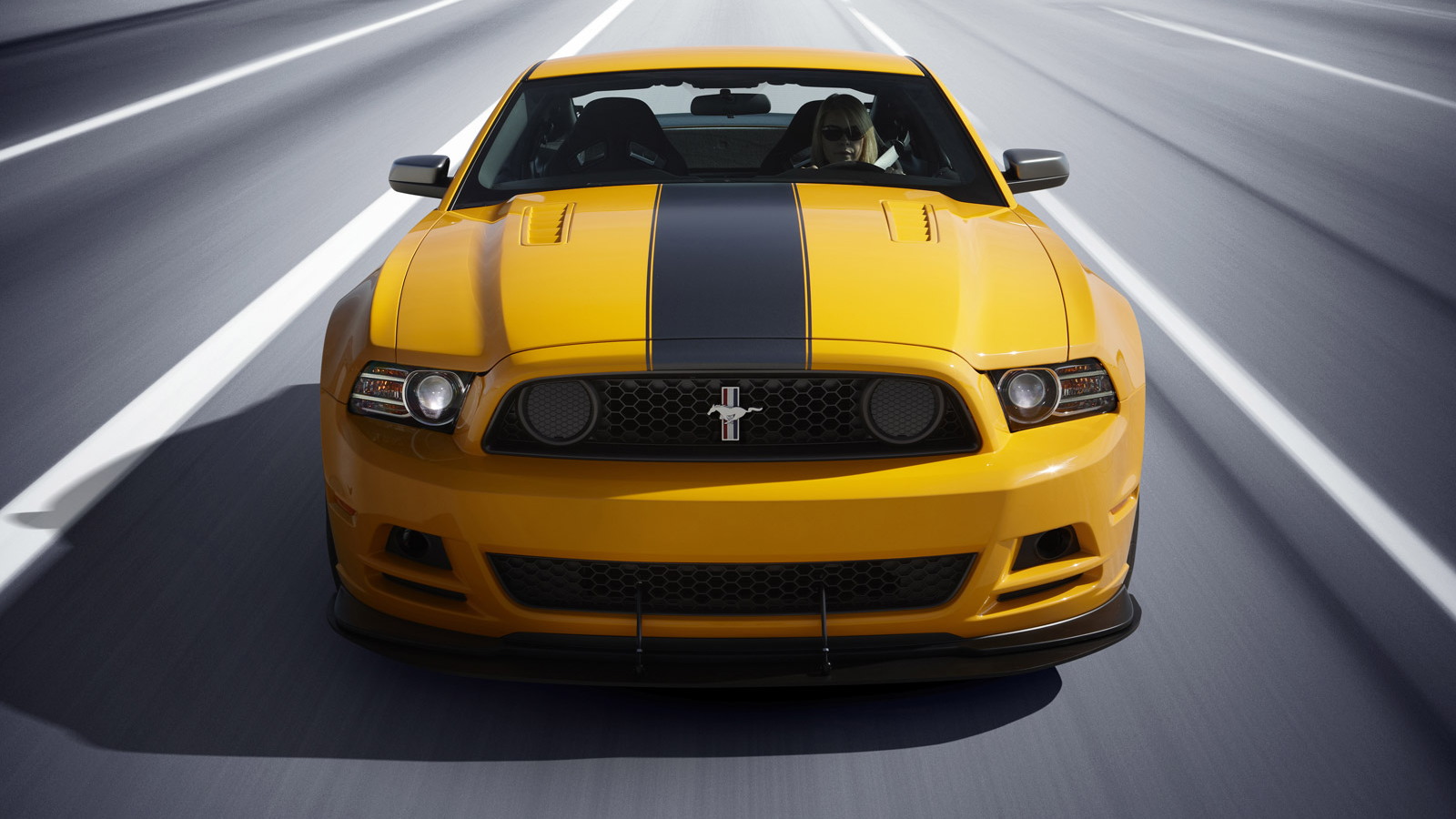 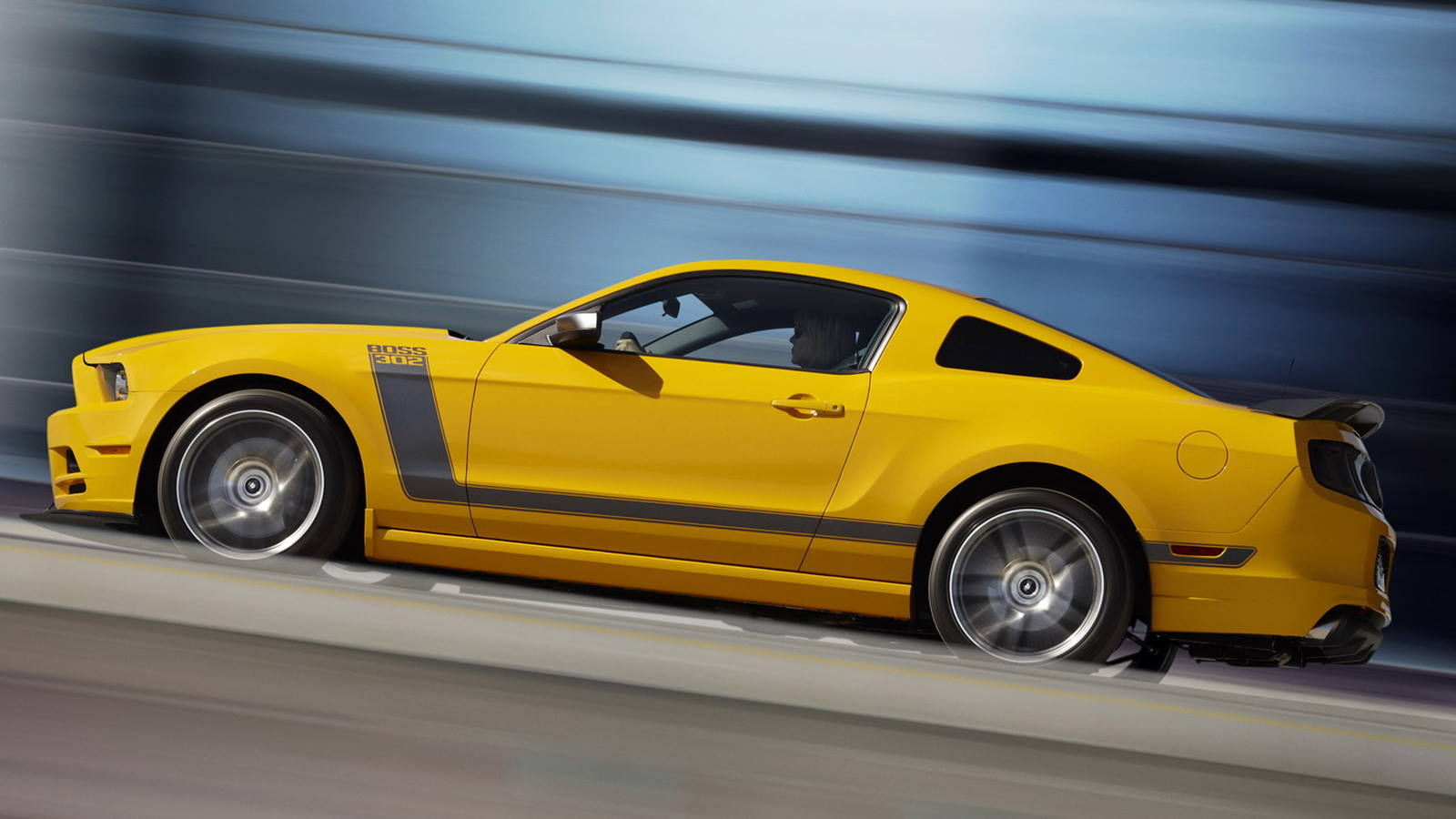 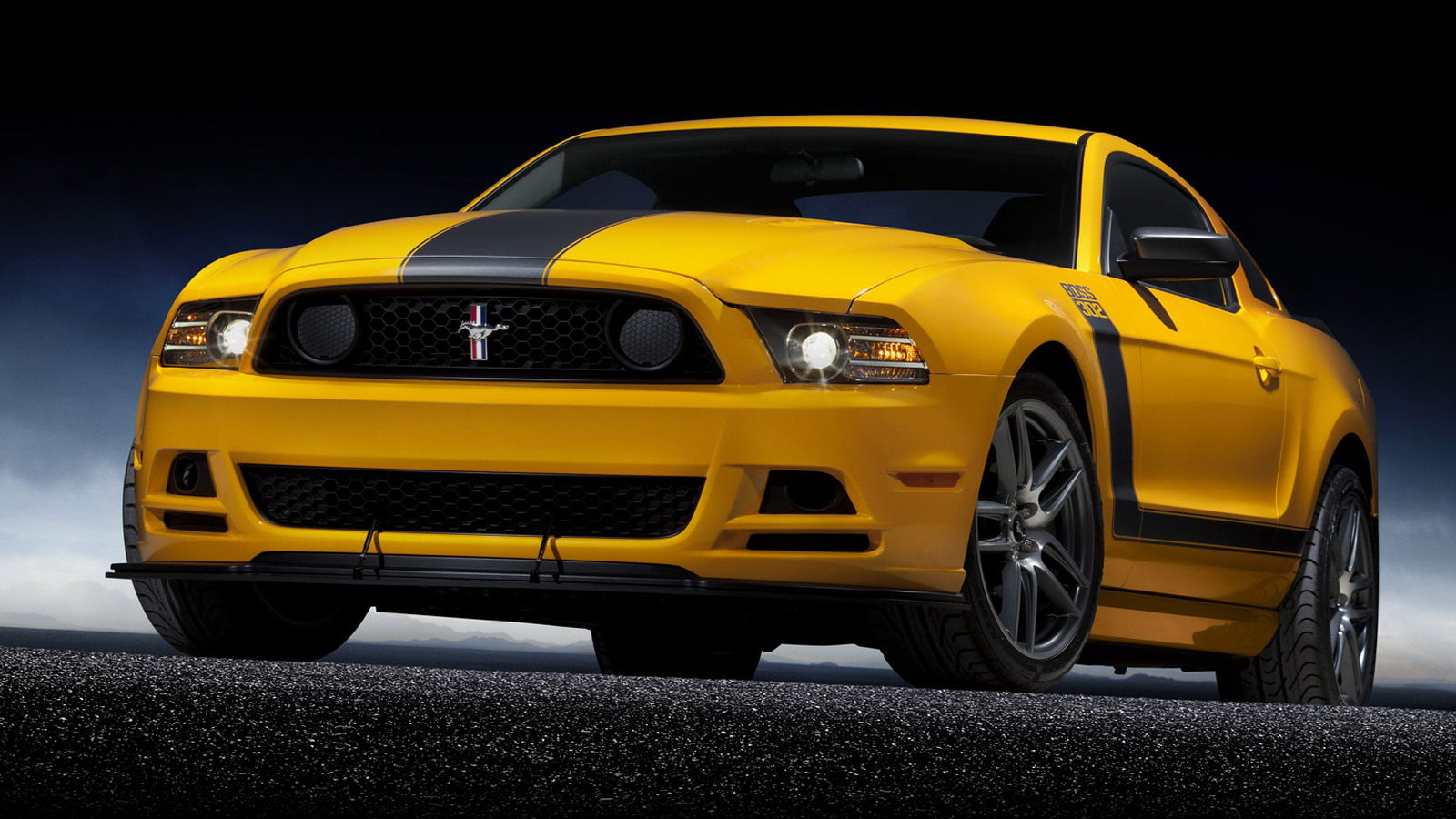 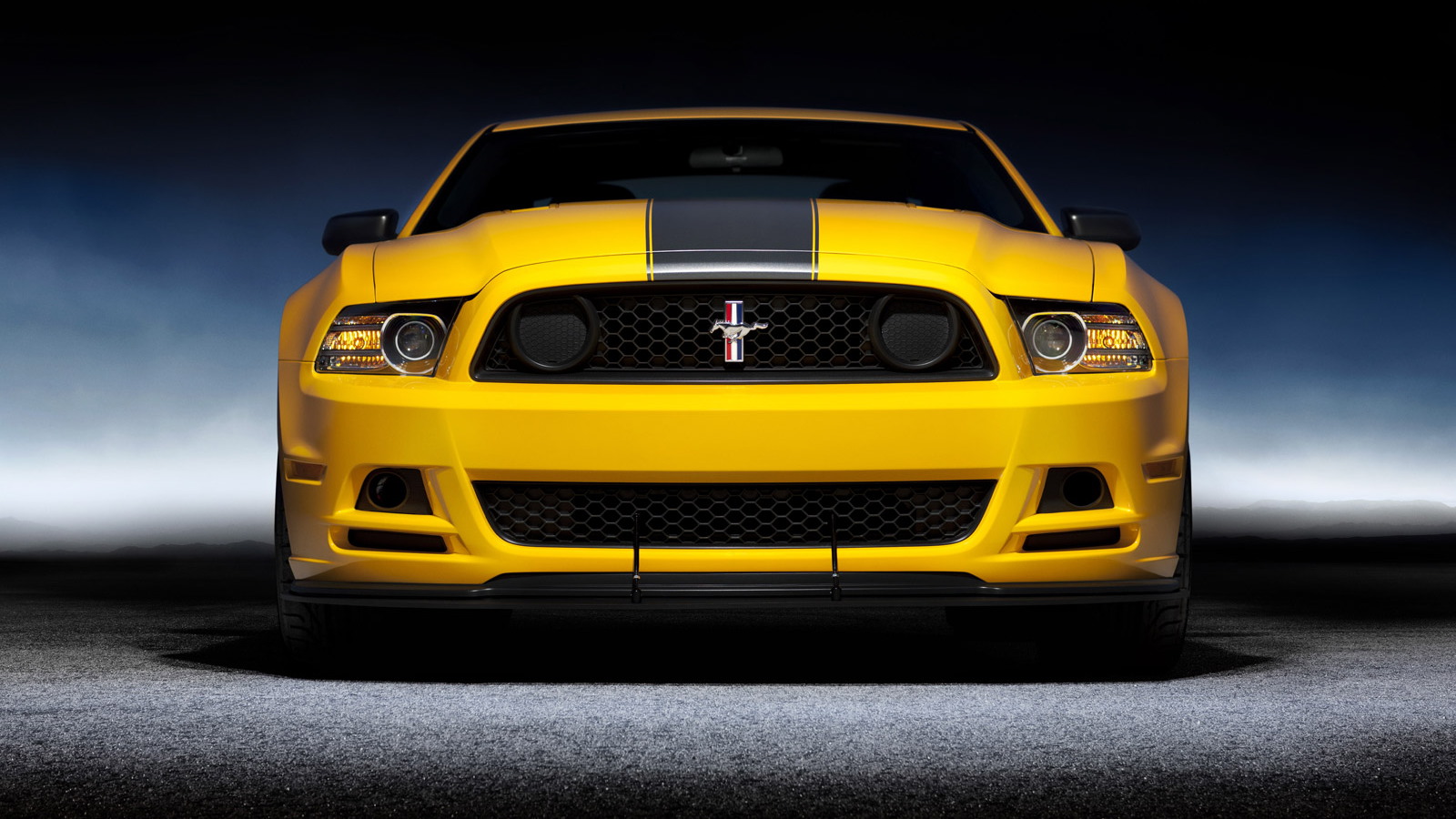 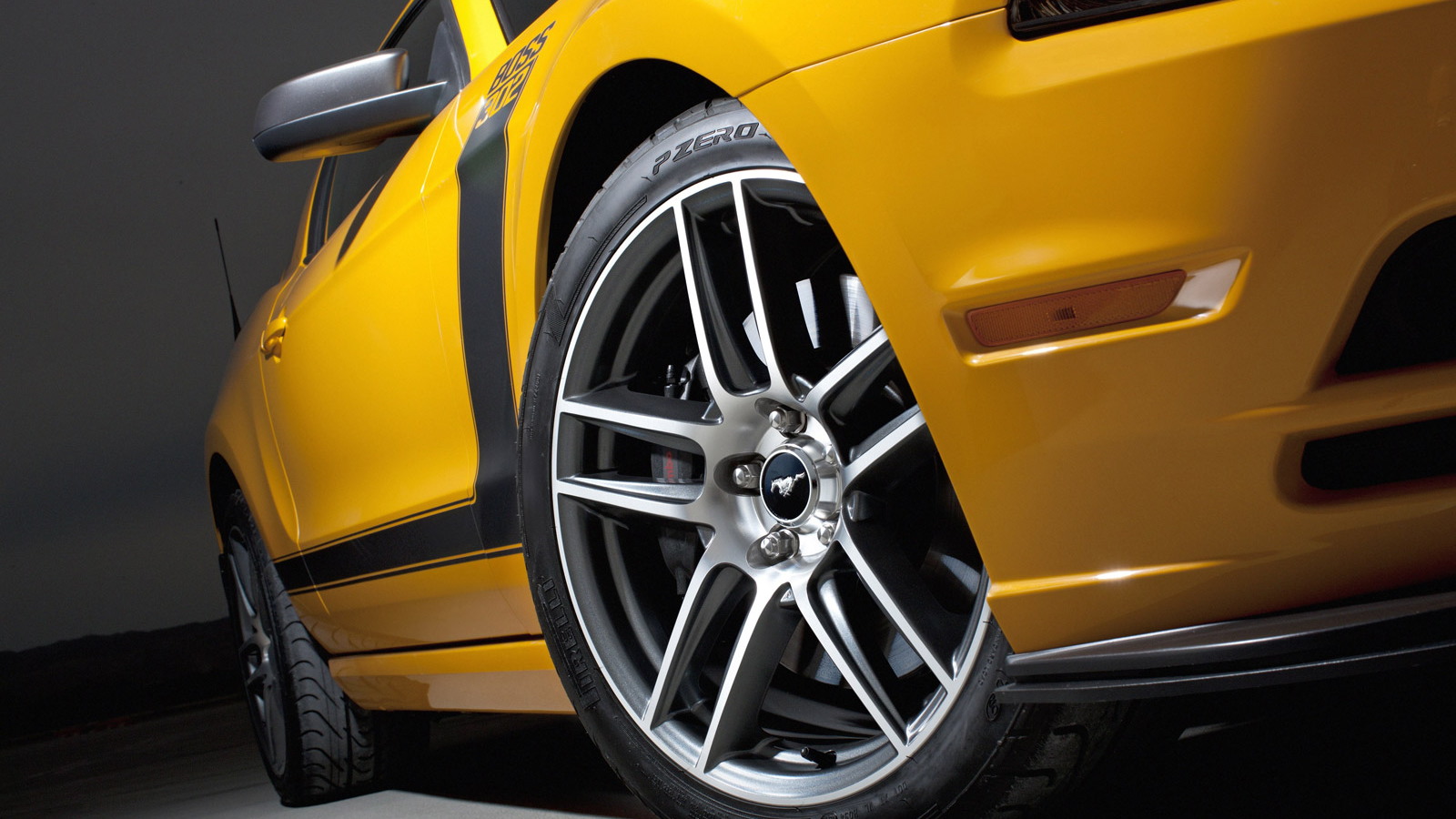 12
photos
The 2012 Mustang Boss 302 managed to win a place in our hearts the very first time we drove it,  so we were happy to hear that Ford is bringing back the track-ready pony car for 2013. We were even happier to hear that the higher-performance, sold-out-for-2012 Boss 302 Laguna Seca edition returns for another go in 2013 as well.

Ford will debut the 2013 Boss 302 models at this week’s Los Angeles Auto Show, and there are a  few key changes for the new model year. First up is the return of the “hockey stick” graphic, which was a key styling trait of the 1970 Mustang Boss 302. Like the original graphic, the one used on the 2013 Boss 302 is reflective, linking the new car more directly to the original.

Next up is a new paint color called “School Bus Yellow,” which was used on Parnelli Jones’ 1970 championship-winning Trans Am Mustang Boss 302, built by Bud Moore. Both standard Boss 302 Mustangs and Laguna Seca edition cars will be available in School Bus Yellow with black trim.

Laguna Seca edition cars now come with Sterling Gray accents and a gray interior cross-brace. Gray is also used to highlight the front grille, mirror caps and rear spoiler, and all Laguna Seca cars get unique rear badging and two-tone (gray and silver) wheels. They don’t get a colored accent roof, but we were never fans of that particular styling trait in 2012.

Like the 2013 Mustang and the 2013 Shelby GT500, the 2013 Boss 302 gets some plastic surgery as well. On Boss 302 models, the front end sports a prominent grille, giving the car a more menacing look than last year. A revised splitter, functional hood extractors and standard HID headlights complete the front end changes, and work to give the car a more refined appearance. Finally, the fog lamp blanks are functional for 2013, and can be removed with a screwdriver to aid cooling on track days.

Out back, new LED-surround taillamps have a smoked appearance that carries over the darker styling theme of the front end. A gloss black panel spans the distance between the taillamps, borrowing another page from the retro-Mustang playbook.

Mechanically speaking, both Boss 302 and Boss 302 Laguna Seca Editions return unchanged for 2013, but we say that’s a good thing. If you haven’t yet driven a Boss 302 (in any form) make a point to do so when the new cars hit the streets. If you’re like us, you’ll soon be pondering how long you’ll need to live on ramen noodles and peanut butter to put a Boss 302 in your garage.

Want to know what else is happening at this year’s Los Angeles Auto Show? You’ll find our complete show coverage here.