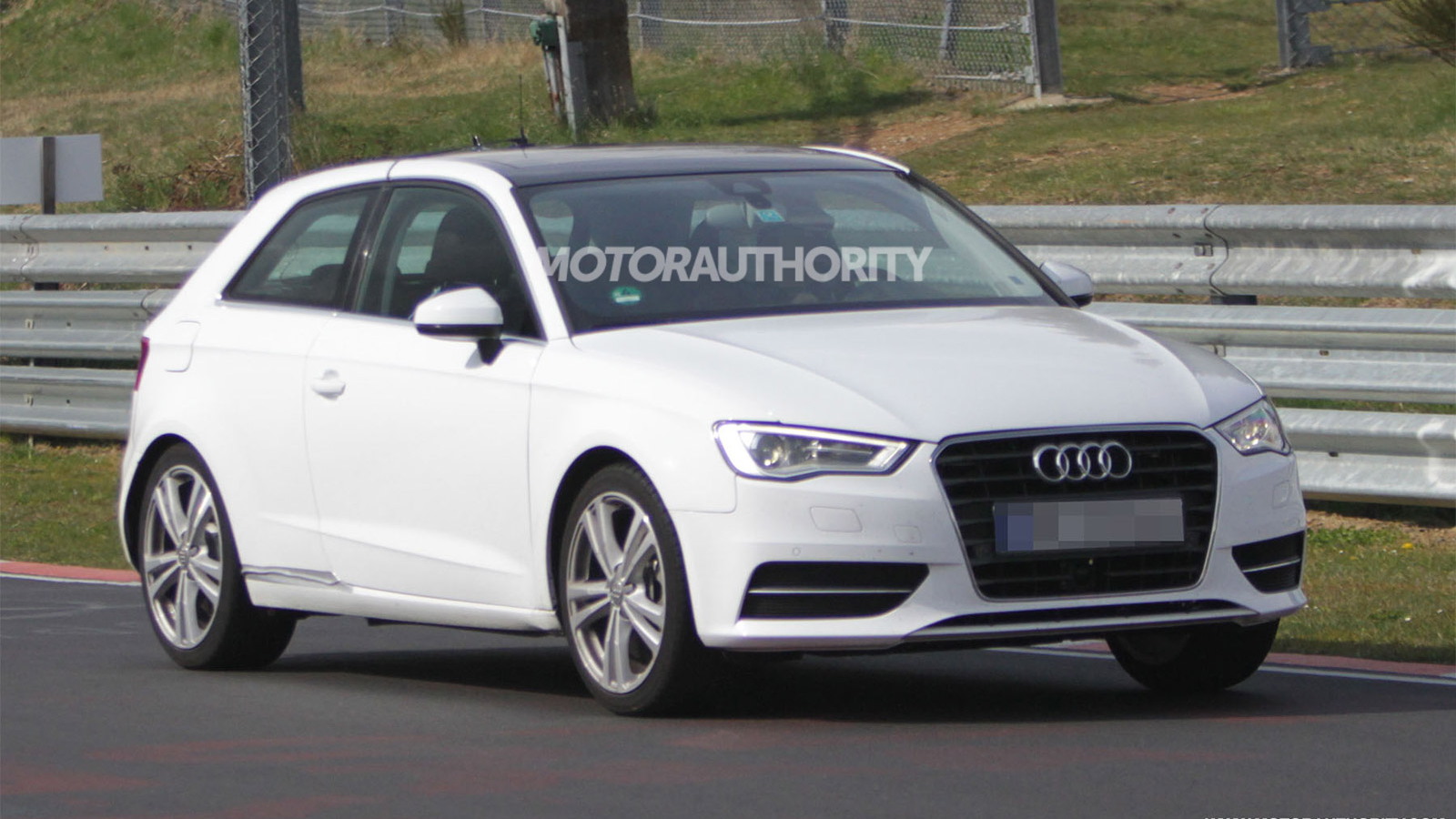 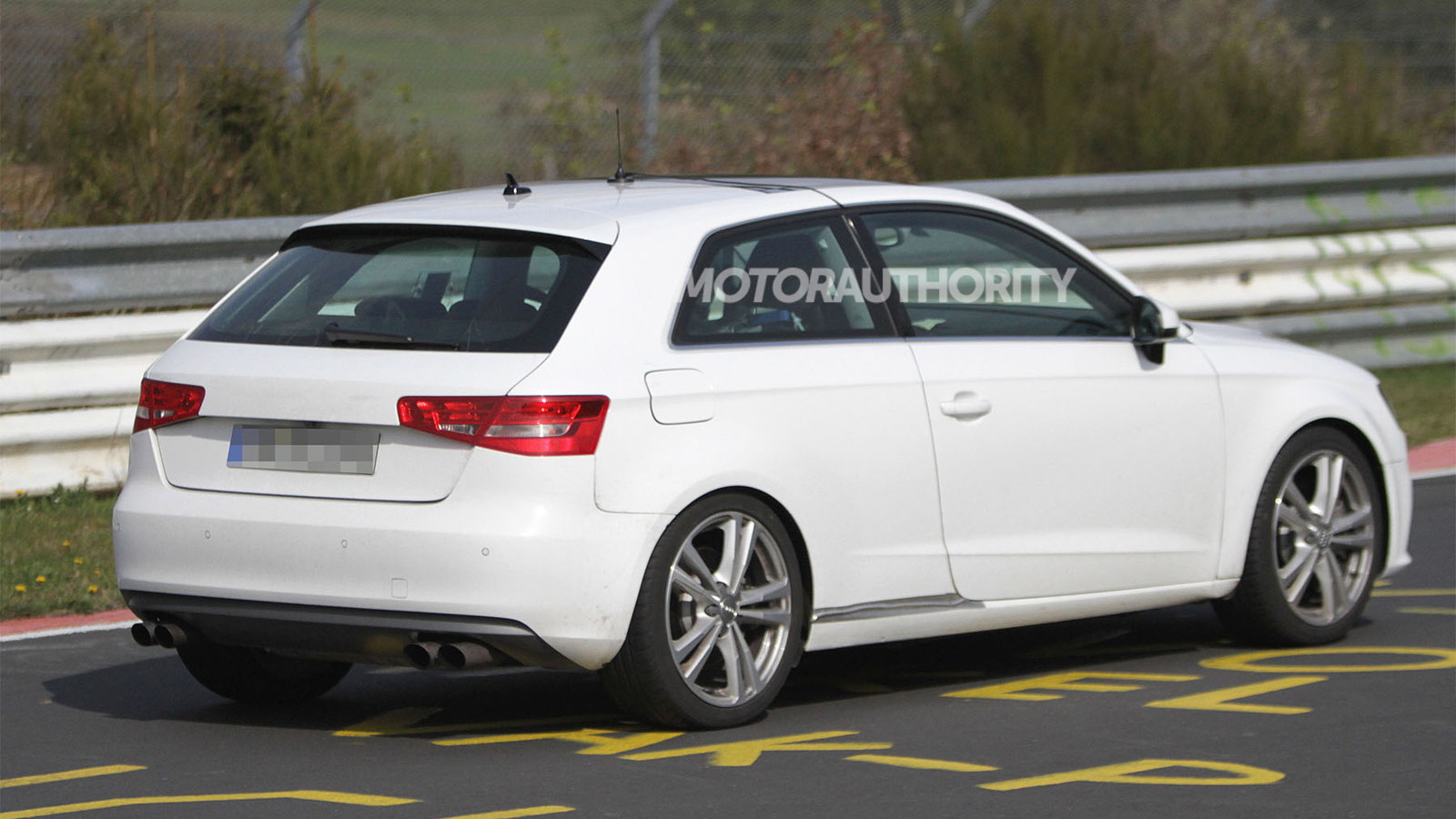 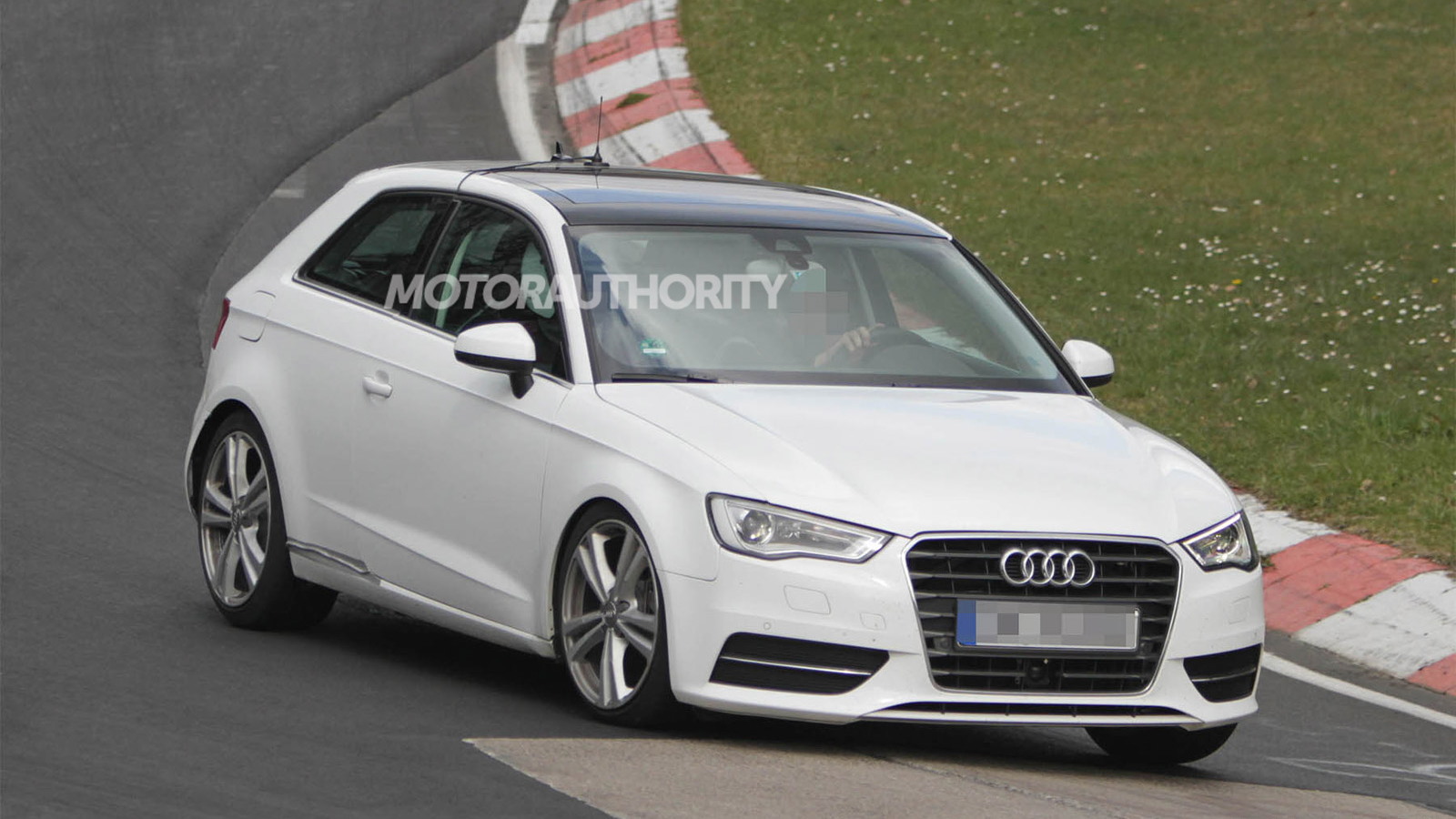 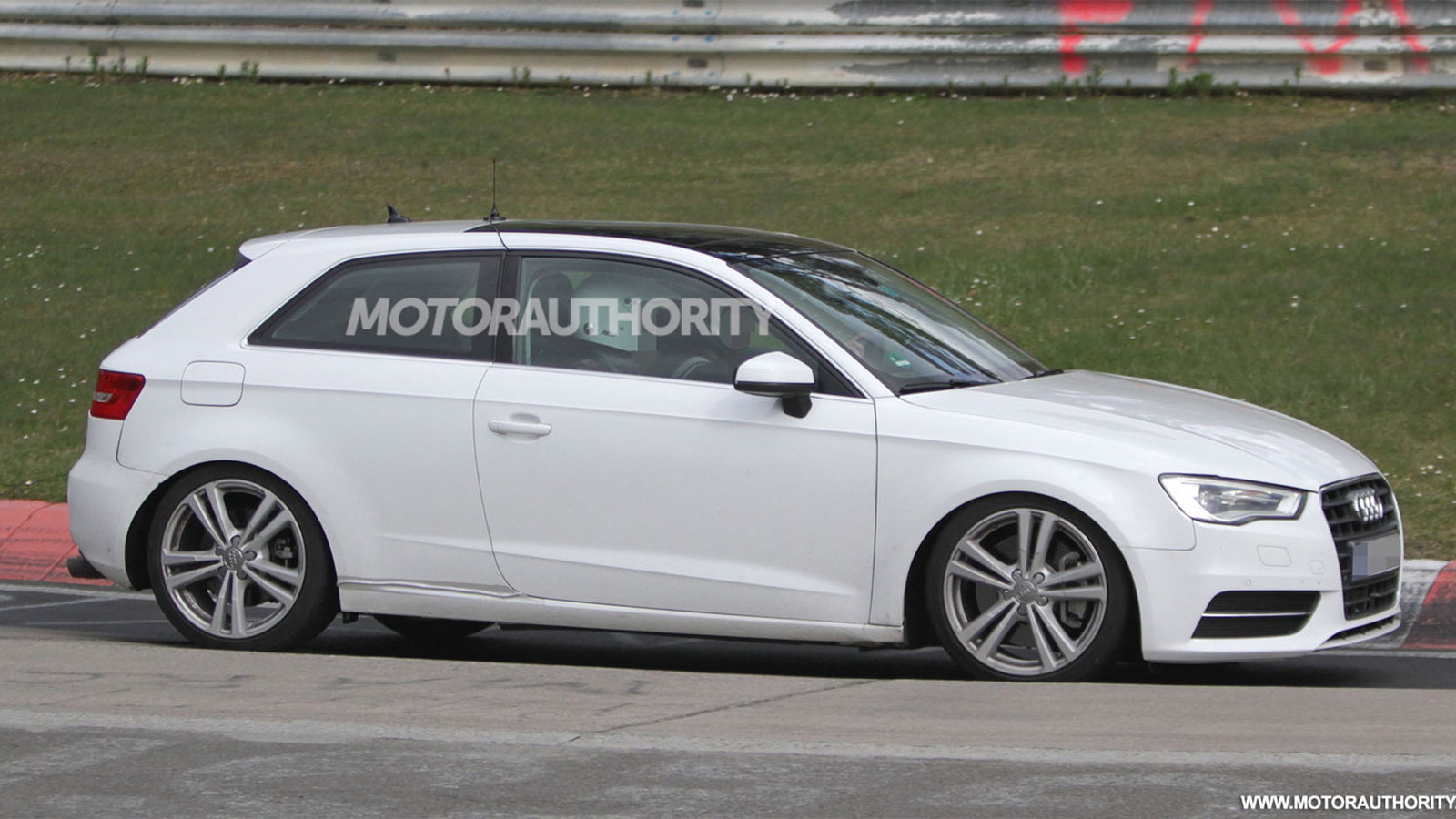 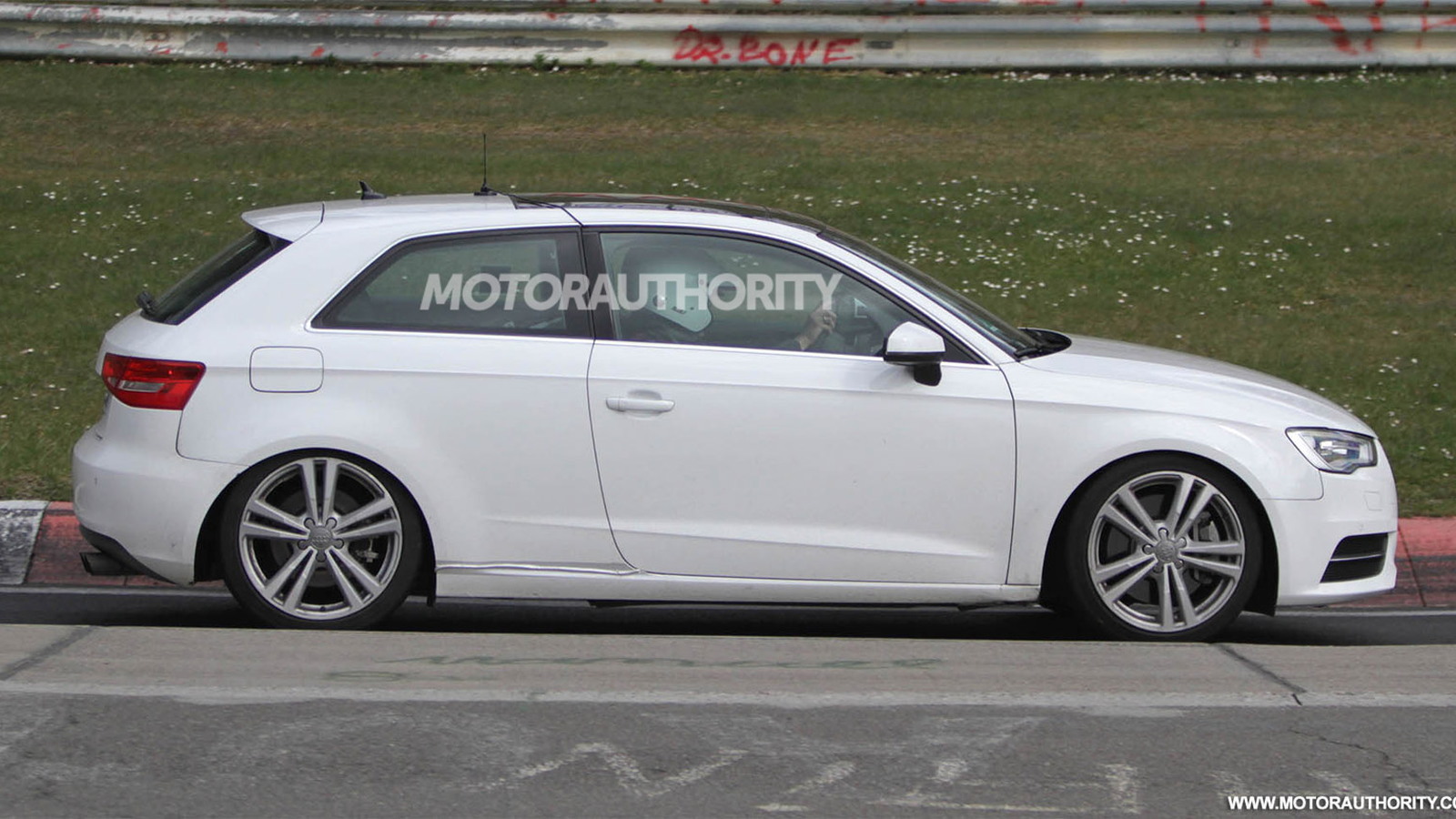 17
photos
Audi is working on a brand new S3 and we’ve got a spy video of a prototype for the upcoming hot hatch, taken while it was running some test miles around Germany’s Nürburgring race track.

The particular prototype is for the three-door hatchback version but a five-door ‘sportback’ model and new sedan are also expected.

Now that the covers have come off the latest generation of the regular A3 (pictured in the gallery below), it appears Audi is no longer concerned about masking prototypes of other variants.

We can clearly see a distinct bodykit on this S3 prototype, with larger intakes in the front bumper, chunky side sills, bigger wheels and a quad exhaust tailpipe arrangement. Aluminum side mirror housing should also feature on the final version, and all models will come standard with quattro all-wheel drive.

Transmission choices should include a standard six-speed manual and a seven-speed S tronic dual-clutch unit.

While the latest A3 goes on sale in Europe later this year, it isn’t expected to hit U.S. showrooms until the 2014 model year, which means an earliest arrival date in the summer of 2013. By this time the S3 should also be on sale.