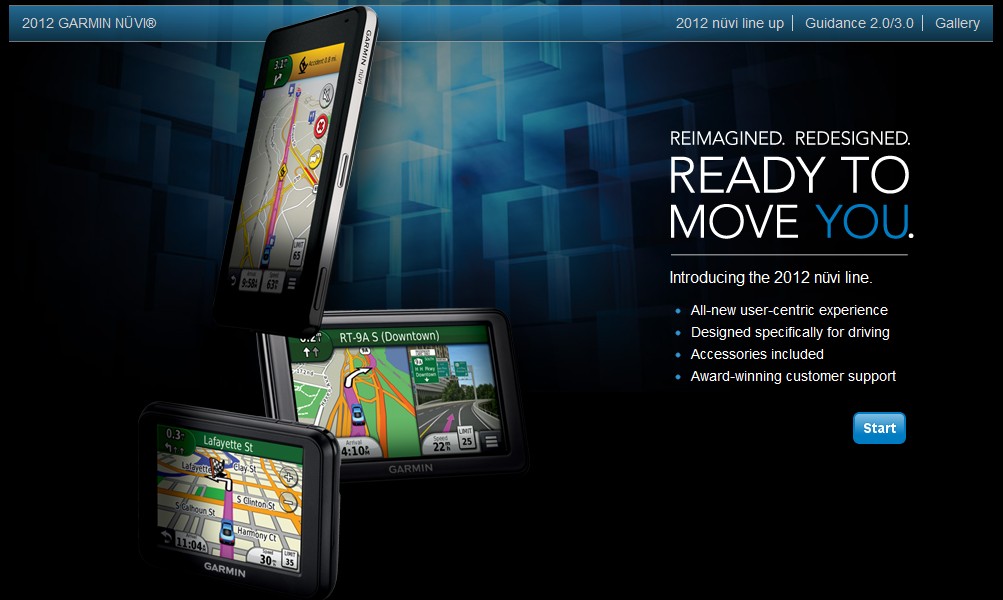 Late last week, Garmin rolled out a teaser campaign for something to be unveiled on August 24th. Assuming that Garmin is a forward-thinking manufacturer of high-tech gadgets, we imagined that the company might roll out an Android app (finally) or perhaps a telematics service to compete with OnStar FMV.

Well, the news is out: what Garmin had been so eager to announce is...some updated version of its nüvi standalone GPS devices.

If we sound underwhelmed, it's only because we are.

Don't get us wrong: the new models are nice. There are six new lines to choose from, and they're very pretty as standalones go. And of course, we're happy to see the roll-out of Garmin Guidance 2.0 and 3.0, which contain several nifty features for travelers.

Our problem is that Garmin's "big announcement" comes the very same week that a new technology study was released, confirming what that we've suspected for some time: that the standalone GPS device is dying. Between the growing number of in-dash telematics systems available from automakers and the increasing ubiquity of smartphones, the standalone GPS seems comparatively limited -- almost quaint.

When standalones first arrived on the market, they were big news, of course, and everyone had to have one. Several years down the line, though, we're a bit more sophisticated. Most drivers understand that they don't need a GPS for their workday commute; now, they want devices that offer more functionality for daily use. Smartphone owners have access to an abundance of clever apps, and even in-dash systems offer a range of features that GPS units can't match.

But maybe we're a shade to jaded and pessimistic this Thursday morning. (Having a major hurricane looming over the country can do that to you.) Are you excited about these new gadgets? Or are you feeling a little feh? Drop us an email, leave a comment, or post your thoughts to our Facebook page.