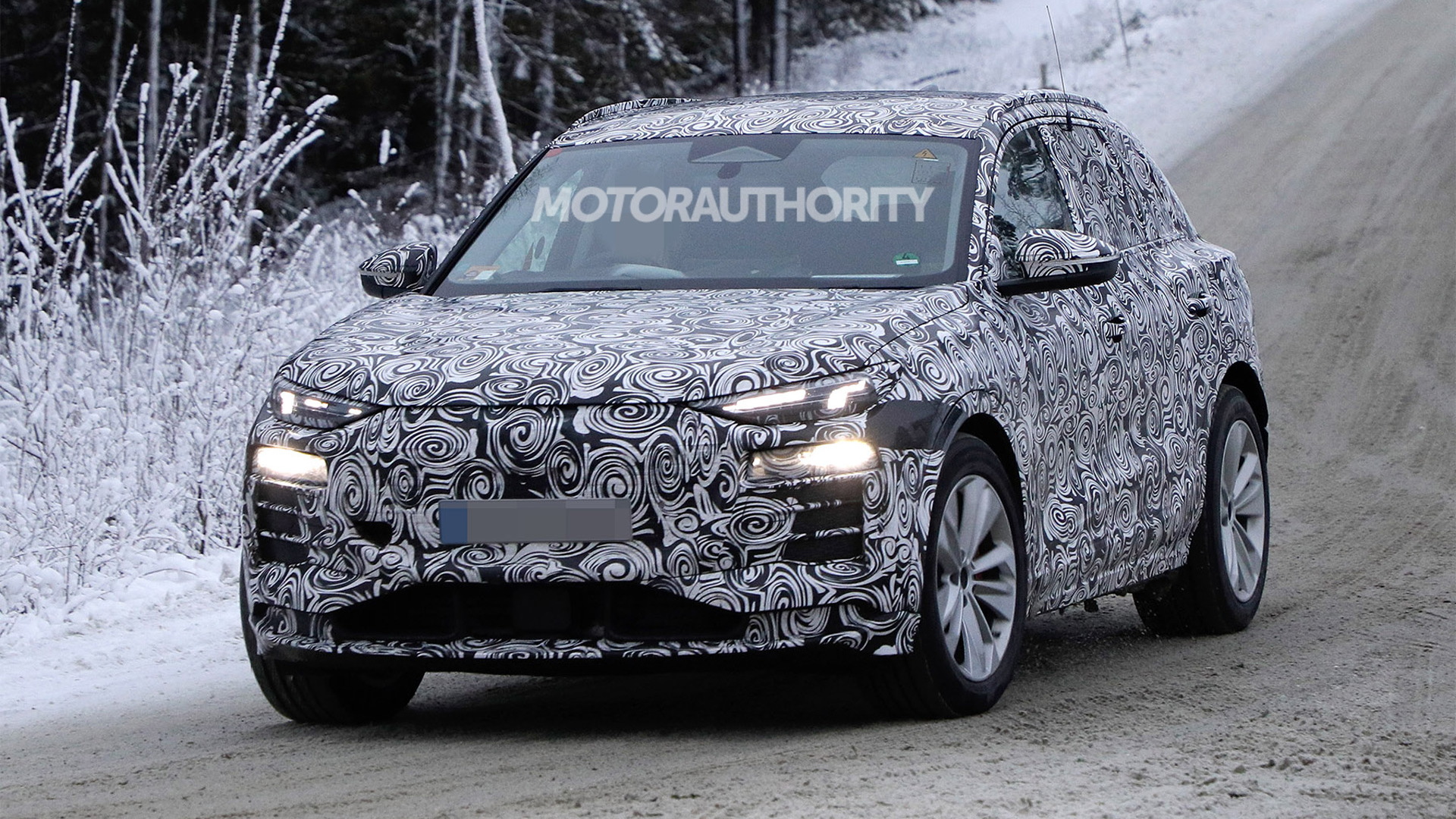 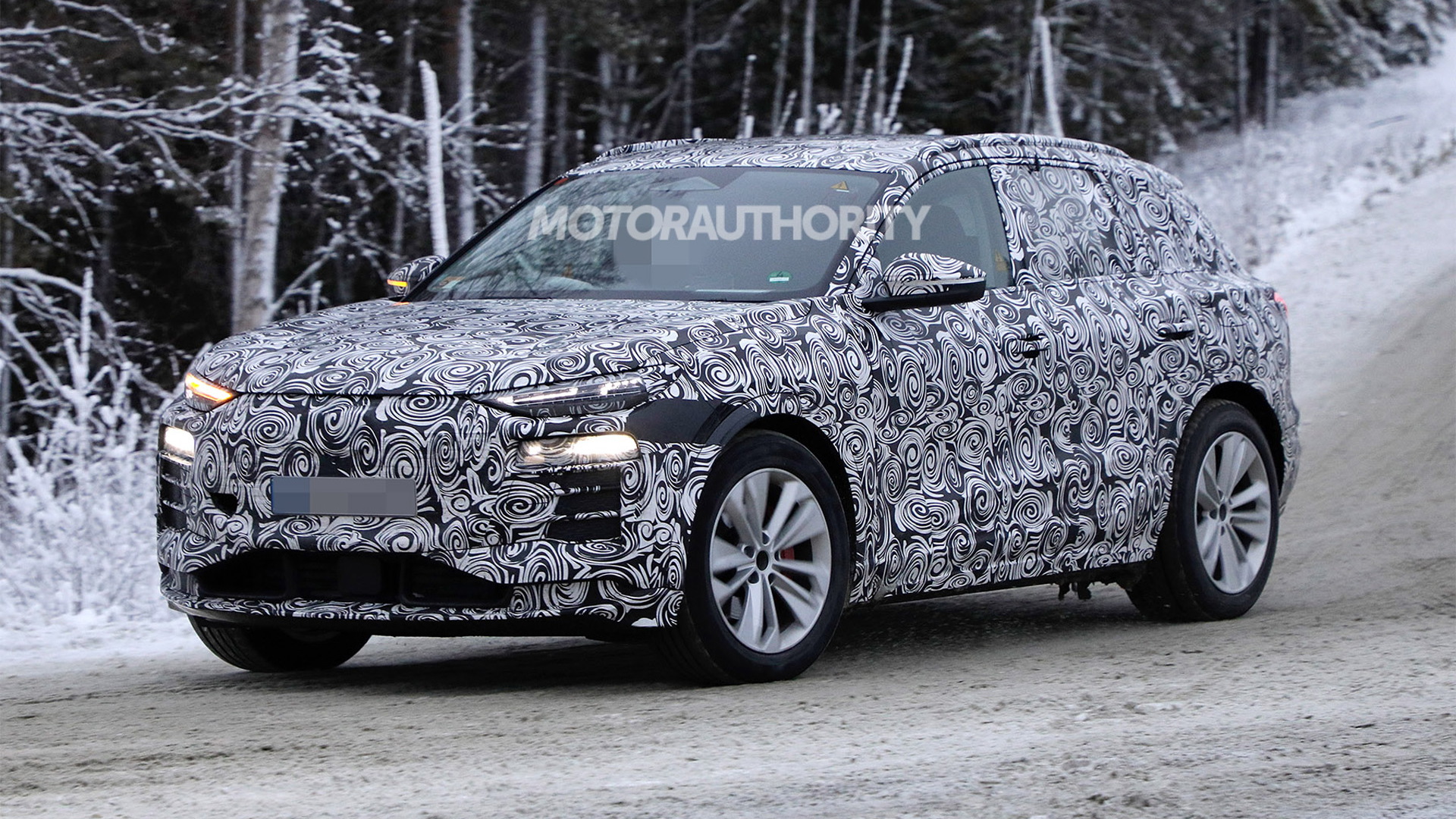 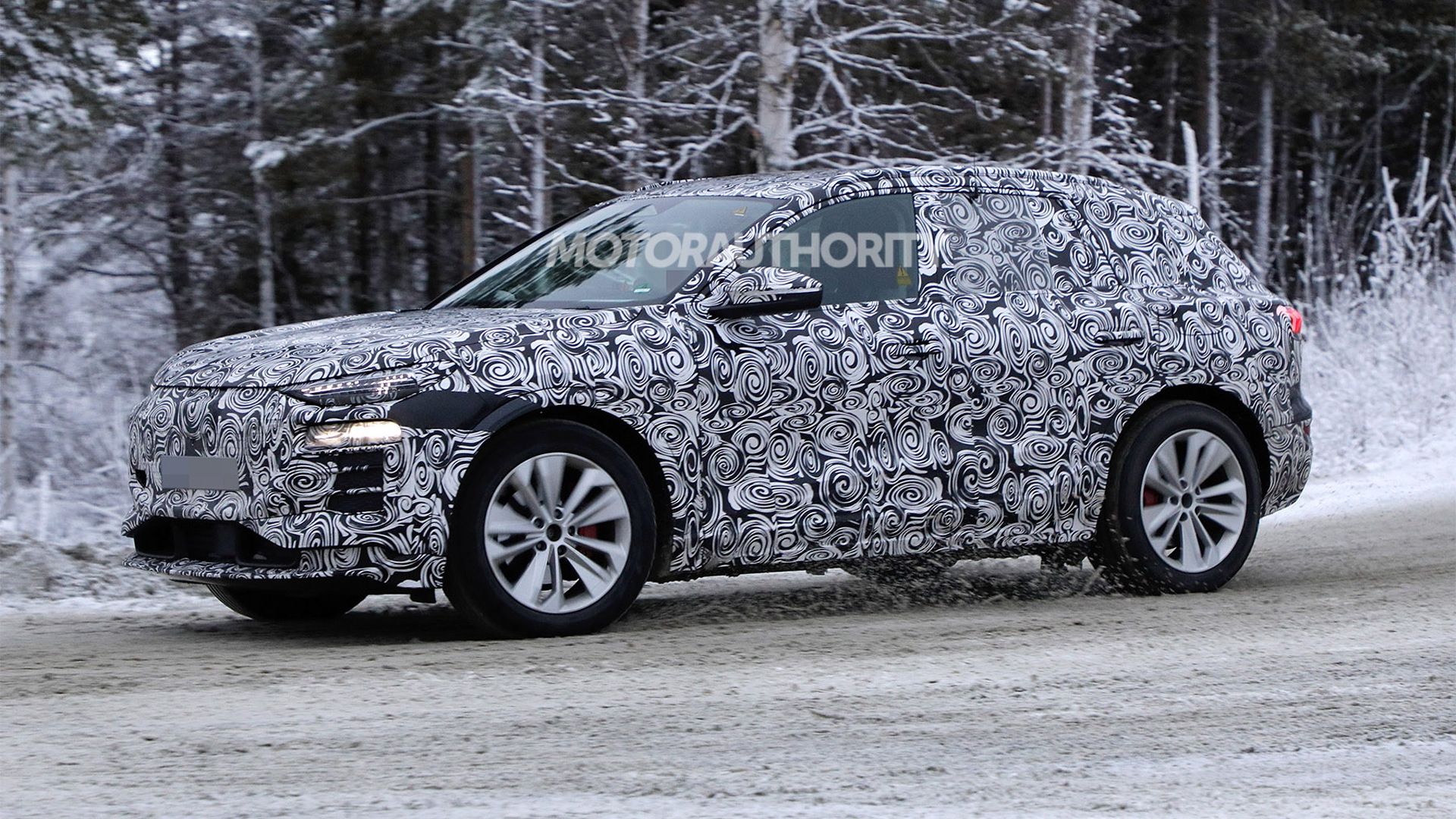 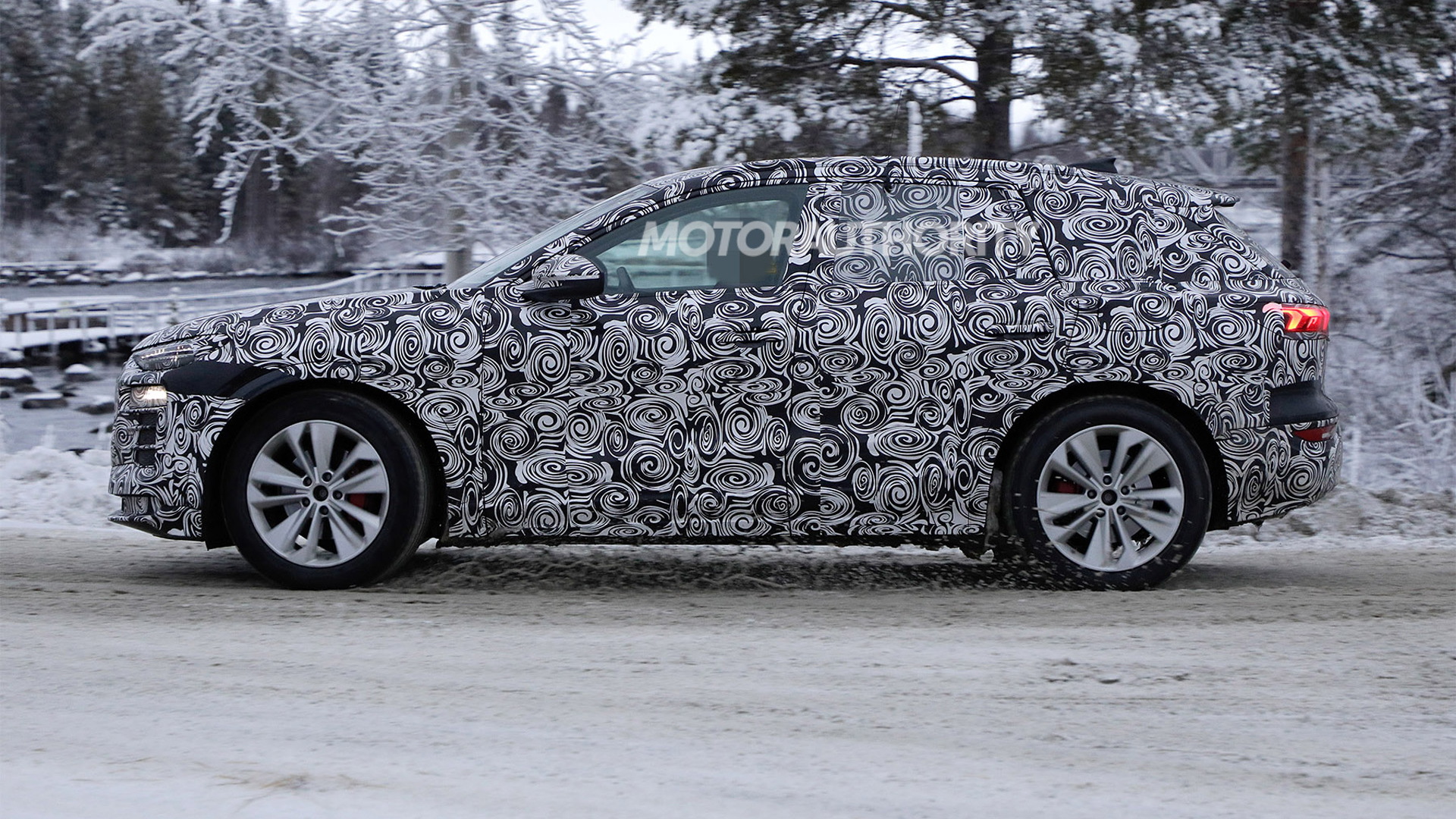 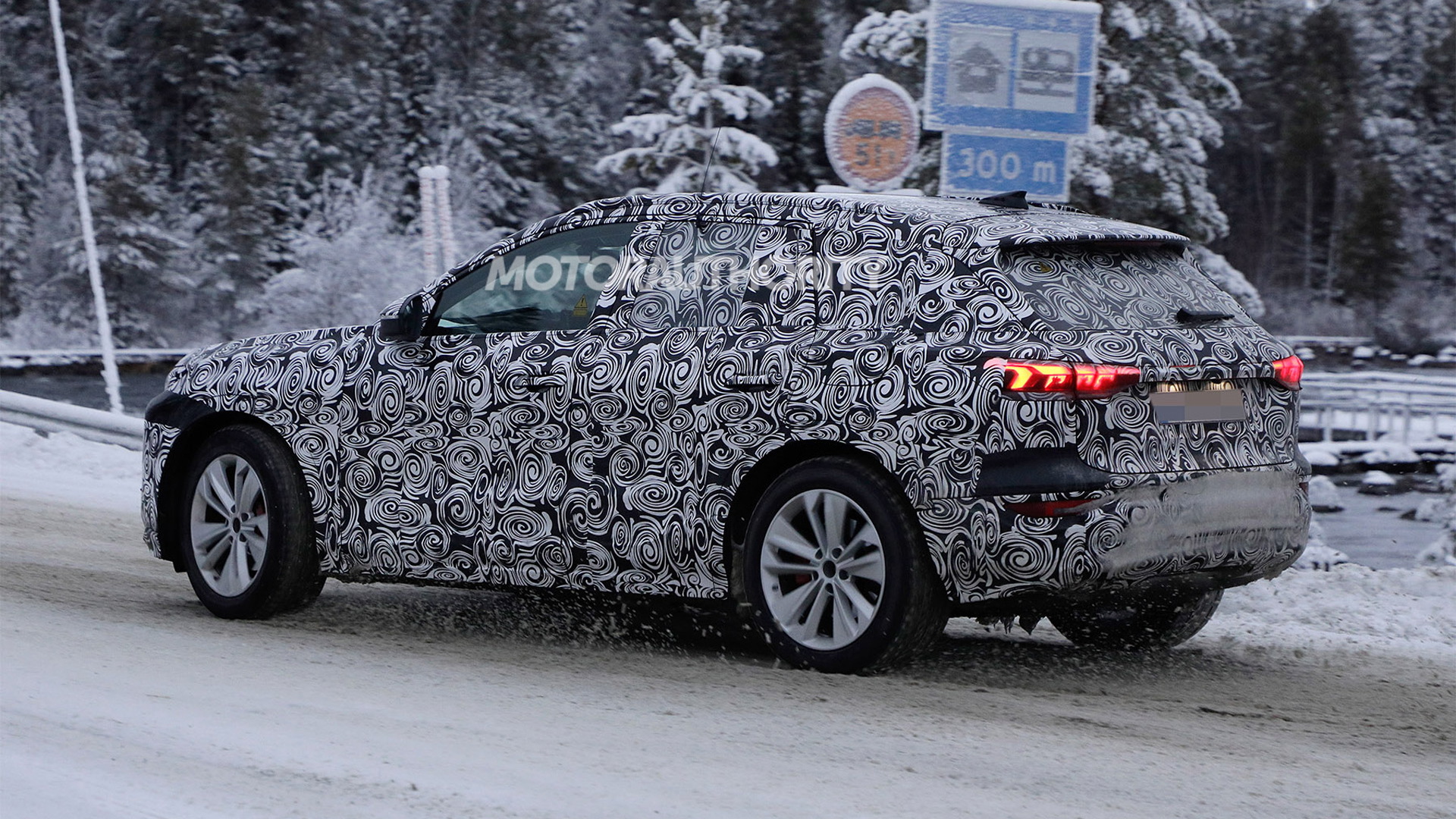 Audi has been spotted testing a new electric crossover to slot in between the Q5 and Q7. It will go by the name Q6 E-Tron, and there will be both regular and coupe-like Sportback body styles, as well as a high-performance Q6 RS E-Tron option.

The Q6 E-Tron is a twin with the electric Macan currently in development at Porsche, with both vehicles sharing Volkswagen Group's new PPE platform for premium EVs. Due to delays, the vehicles are now expected to arrive only in early 2024, likely as 2024 models. The Q6 E-Tron was originally due in 2022 and the Macan EV in 2023.

The prototype for the Q6 E-Tron reveals the vehicle will look similar to the recently launched Q4 E-Tron, just on a larger scale. However, one new element on the Q6 E-Tron, which is also new to the Audi brand, is a split headlight design.

For the Macan EV, we know the platform will feature a 98-kwh battery pack and an electric motor driving each axle. At least one Macan EV grade will deliver a combined output of more than 603 hp and 740 lb-ft of torque, something we might also see in the aforementioned Q6 RS E-Tron.

Production of the Q6 E-Tron will be handled at Audi's plant in Ingolstadt, Germany, which is being prepared for production of PPE-based vehicles, as well as batteries.