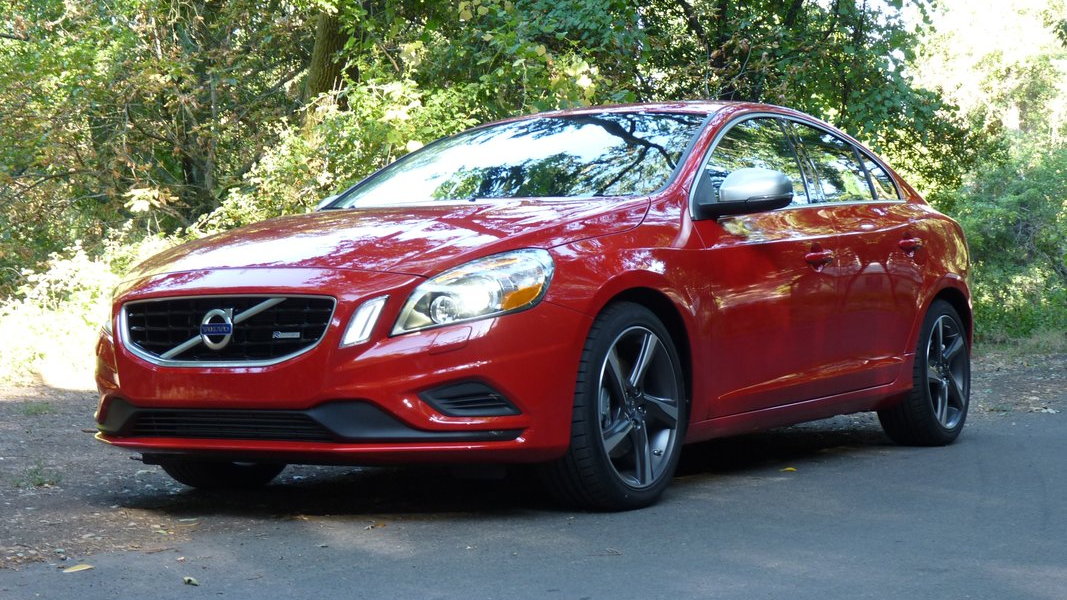 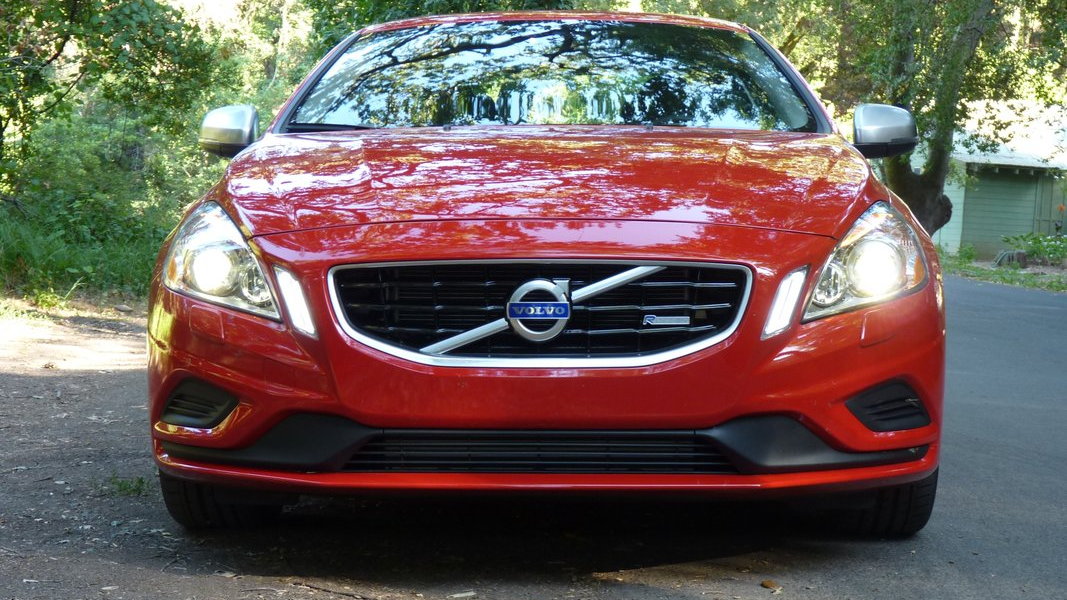 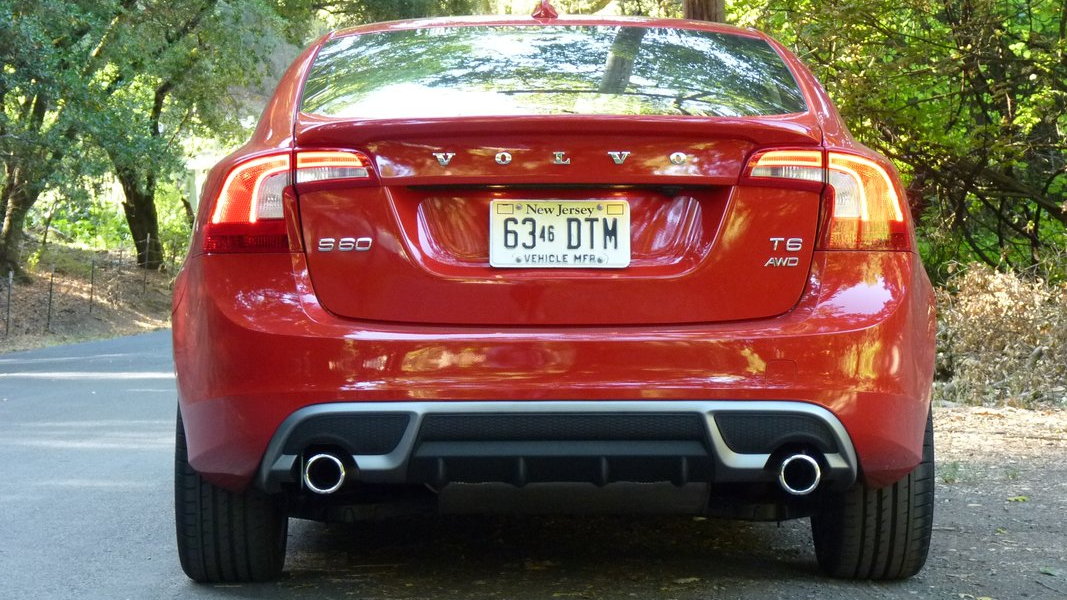 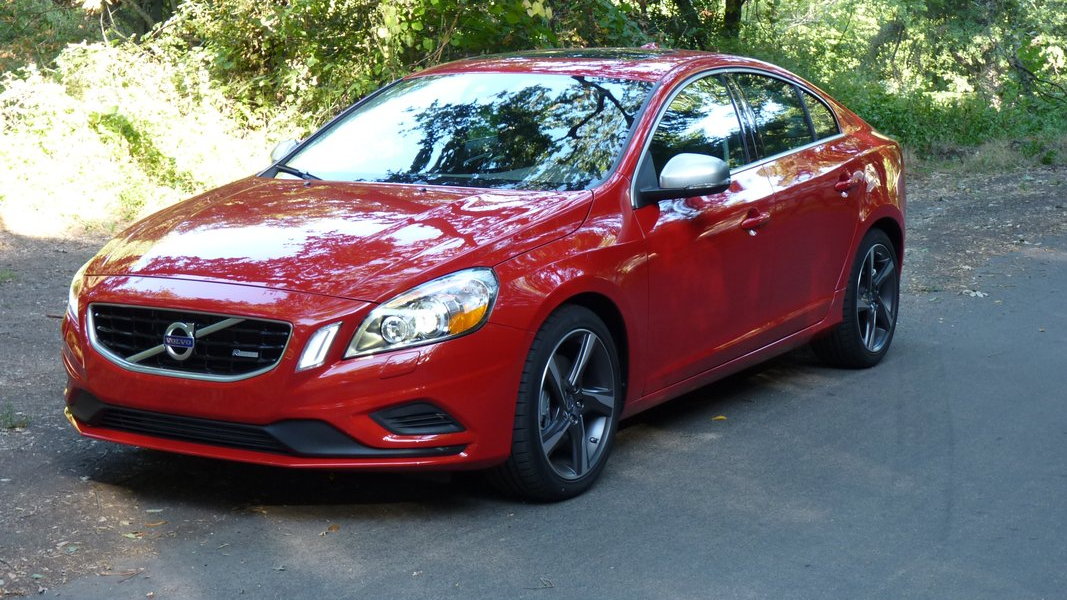 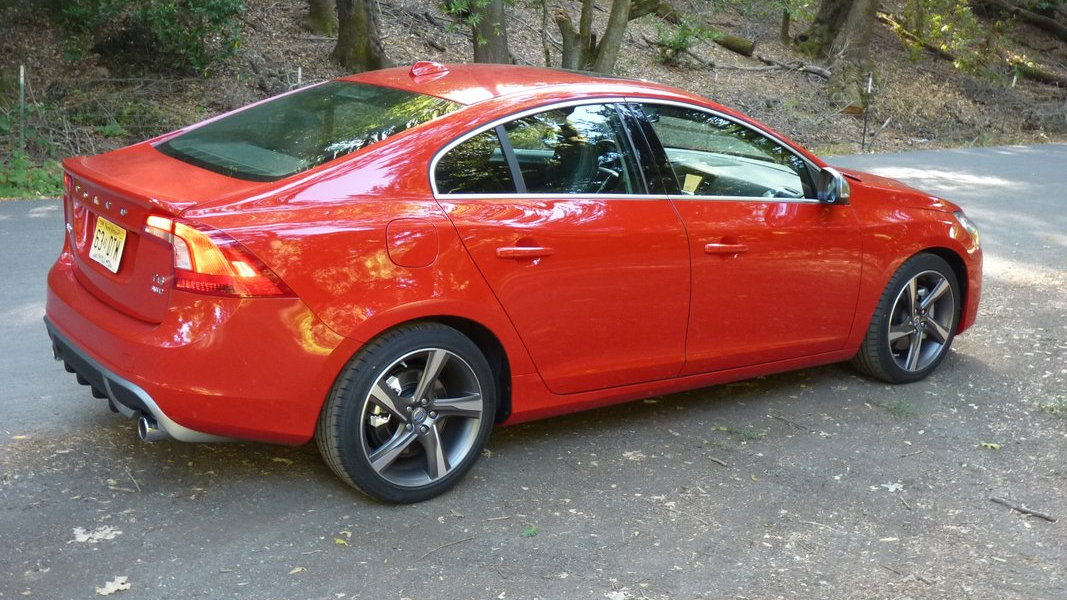 Take one look at the 2011 Volvo S60 T6 R-Design—especially its extensive badging, different trims and details, and somewhat lower stance—and combined with the moniker you might guess that Volvo has added what's essentially a sport appearance package to the S60.

But it's much more extensive than that. With a higher-output engine, a completely different suspension, various other performance upgrades, and spiced-up interior appointments, the R-Design is sharper, edgier, and simply more willing to be driven hard.

We verified that with a full day behind the wheel of this new sport sedan, first on some twisty two-laners climbing up out of California's Napa valley region and into the central valley—then later with some hot laps on the challenging course (read: blind corners) at Thunderhill Raceway in Willows.

Chipped for 25 extra hp and a different character

One of the first key differences: there's a pretty significant bump in power. With engine mechanicals unchanged, it's been essentially chipped—by the Swedish tuner outfit Polestar. Peak turbo boost is up about ten percent, spark timing has been advanced, and the calibration for the electronic throttle has been redone to be a little snappier. Output is up significantly, to 325 horsepower at 6,500 rpm and 354 pound-feet first reached at 3,000 rpm, and technically, it's Volvo's most powerful production engine ever.

The sweet in-line six-cylinder engine in the R-Design still doesn't churn out the torque down low in quite the same way as BMW's turbo six in the 335i, let alone the 335is, but it feels like it really comes to life in the mid-range and sings enthusiastically all the way up to its 6,500-rpm redline. Even better, the throttle has been remapped to somehow make any push of your right foot deliver a rush of power a little more immediately.

Given all that, the difference in zero-to-60 numbers isn't all that impressive: The R-Design can get to 60 mph in 5.5 seconds—about a third of a second faster—but either out on the track or in real-world driving the net effect is that the R-Design simply feels a little more eager.

Responsive, but with some more harshness

The other key difference between the R-Design and the S60 T6 is how it rides and drives. If you're only skimming this piece, let's just say that the T6 R-Design is not for everyone, and many of the changes that the R-Design gets make it not only more responsive and able, but also quite a bit harsher.

More specifically, the suspension for the T6 R-Design is completely different than in the S60 T6, or even the T5. The 4C dynamic chassis system in the T6 has been thrown out in favor of a dedicated Sport suspension that's configured for tight body control—tighter and firmer than the sharpest setting of the T6 suspension—at the expense of a little on-road comfort. Twin-tube dampers have also been replaced with monotube ones for shorter, sharper response (but a pretty significant increase in choppiness on jittery surfaces). Springs both in front and in back have been shortened by 15 mm, which lowers the whole vehicle a bit, and spring stiffness is 15-percent higher than in the T6. Rear bushings are 20-percent stiffer, while in front the tie-blade bushing is four times as stiff, to help counteract any bouncing. And finally, there's a buff strut-tower brace that, an engineer suggested, might make the biggest driving difference of all.

Volvo says that the R-Design was tuned to feel more dynamically responsive but not raw, and for the most part we think it's true to its goal. But ultimately it depends on where you're commuting. While the sport-tuned chassis in the R-Design doesn't bring much more road noise, the ride is much busier on all but perfect surfaces, and we could see how that could be fatiguing for some urban commutes—or on some hoppy stretches of concrete expressway like what we experienced on I-5 just north of the Bay Area.

Sharper and grippier, not nervous

Dynamically, the changes sharpen the way the S60 responds but don't make it feel nervous. At Thunderhill we found that the R-Design has heaps of grip, very little if any excess body motion, and a feel that's nicely balanced (on the side of understeer) at the limit--all very useful attributes for quickly adjusting one's line on Thunderhill's two blind crests. The electronically controlled all-wheel drive system has a torque-vectoring feature and so-called Corner Traction Control, which helps reduce understeer and increase bite in corners, by braking the inner wheel while putting more power to the outer wheel. But a few die-hard rear-drive enthusiasts are still going to be let down by the lack of oversteer.

Just as in the S60 T6, hitting the 'MyCar' button on center stack brings up a menu with which you can adjust steering effort (provided you're parked). We spent most of our drive time in the middle setting of the three, and just as in our first drive of the S60 last year noted, oddly, that the firmest steering setting, while it's nicely weighted, somehow mutes more road feel in the process.

A little more brake is about all the package could use. While the R-Design's brakes held plenty of stopping power for any public highway we could imagine, after a number of laps at California's Thunderhill Raceway the brakes were feeling faded and overcooked on some of the cars. Volvo doesn't have any brake upgrade on offer yet, but you can bet it's in the works.

Despite the 'chip' of the engine, the R-Design's EPA fuel economy ratings are unchanged, at 18 mpg city, 26 highway. In a road loop of about 250 miles altogether—mostly a mix of enthusiastic driving on two-laners plus Interstate cruising—we averaged about 24 mpg.

On the outside—especially from the front—other than that slighty lower stance, there isn't all that much to call the R-Design out from the T6. The lower front fascia is a new design with a matte finish and hexagonal pattern, though, and xenon adaptive headlamps are included. Otherwise, in back there's a little more to set it apart from the rest: bigger twin exhaust tailpipes framed with special angular cutouts and baffling, plus a rear trunk spoiler. The R-Design also gets special 18-inch diamond-cut wheels and will come in Passion Red plus three other exterior colors.

Inside, the S60 R-Design gets two-tone sport seats with somewhat deeper side bolsters, stronger backrests, and contrasting stitching—only offered in black—while a sport steering wheel, sport pedals, and bright blue instrument cluster help differentiate it. Also, the R-Design logo is mounted throughout, and the center stack gets a textured swirling metallic trim.

Just as in the other S60 models, there's plenty of space in front and a very wide range of adjustability, to make shorter drivers or tall lanky ones equally at ease. In back, headroom and legroom are limited, but provided those in front aren't too tall there won't be much complaining. While the center stack is a bit cluttered with buttons, we still love the S60's interfaces for audio, which includes a rotary steering-wheel toggle switch that's intuitive and simple to use.

One interface the S60 is still missing: steering-wheel paddle-shifters, which we would have especially liked out on the track.

Most sport-sedan shoppers are going to be happier with the S60 T6 (which costs $4,600 less) and its more docile—yet almost as capable—dynamic chassis system. And Volvo freely admits that the R-Design isn't for everyone; it hopes to attract serious driving enthusiasts and move only 1,000 to 1,200 of these per year in the U.S.—about five percent of overall S60 sales.